Appointment of the month: Yann Gindre 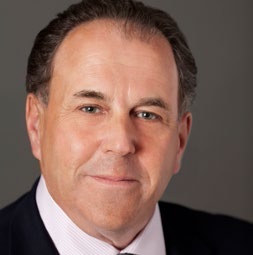 The United Nations-supported Principles for Responsible Investment (PRI) has appointed Yann Gindre as its new director of networks and global outreach. Based in London, Gindre will be responsible for developing the PRI’s global outreach, signatory relations and recruitment strategy, reporting to managing director Fiona Reynolds.

His background is in international banking and capital markets and he was previously chief executive of Natixis CIB Americas, a division of French banking group Natixis. Between 1988 and 2004, Gindre served in London at several US and European banks, including UBS, Barclays Capital, Commerzbank and JP Morgan Chase.

Reynolds says: “Yann’s extensive international experience and proven track record developing new business and deepening relationships with investment institutions at the highest level leave him perfectly placed to support the PRI’s expansion in the US, Asia and the Middle East and deepen our relationships with the CEOs and CIOs of both existing and potential signatories.”

Gindre says: “I’m very excited to be joining the PRI, particularly at a time when responsible investment is one of the world’s fastest growing investment trends.”

Devised by the investment community, the Principles for Responsible Investment provide a voluntary framework by which all investors can incorporate environmental, social and governance issues into their decision-making and ownership practices.

David Kennedy has been appointed as the Department for International Development’s first director general for economic development. Kennedy is an experienced economist who has worked on development finance, strategy and investment at the World Bank and the European Bank for Reconstruction and Development. He was most recently chair of the Committee on Climate Change.

Vickie Hawkins is now UK executive director at emergency medical humanitarian organisation Médecins Sans Frontières/Doctors Without Borders (MSF). The first British person to hold the position, Hawkins has worked for MSF since 1998, including stints in China, Pakistan, Afghanistan and Zimbabwe. Most recently, she spent three years in Myanmar.

Prince Zeid Ra’ad Zeid Al-Hussein of Jordan has been appointed by United Nations secretary-general Ban Ki-moon as the new UN high commissioner for human rights. He is currently Jordan’s permanent representative to the UN and formerly served as Jordan’s ambassador to the United States and non-resident ambassador to Mexico. 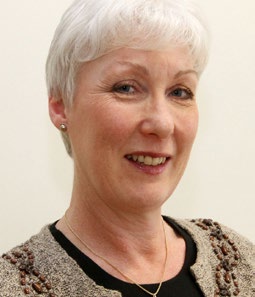 Bullen’s first job was in the National Health Service, where she trained as a thera-peutic radiographer before working in several oncology centres. “I made a career change in my early thirties,” she explains. “Oncology, and particularly the challenges of palliative and end-of-life care, had developed my interest in counselling and psychology.” She gained a degree in psychology in 1996, followed by a PhD and a Master’s degree in education. In 2007 she joined Aberystwyth University to establish the Psychology Department. Her interest in equality – and particularly gender equality – has been a developing passion since joining Aberystwyth. “I have been supported and encouraged by senior colleagues to develop our research ethics and equality frameworks, and my new role will enable me to take ethical matters forward into wider areas of our strategy, policy and practice, underpinned by ethical values and principles,” she says. “I’m keen to see us enhance the translation of theoretical ethical principles into policy and practice.”

Lesley Alexander is the new chair of the UK Sustainable Investment and Finance Association (UK SIF). Alexander, who took up the post on 1 July, is chief executive of HSBC Pension Trust. Founded in 1991, UK SIF supports the UK finance sector in advancing sustainable development through financial services. 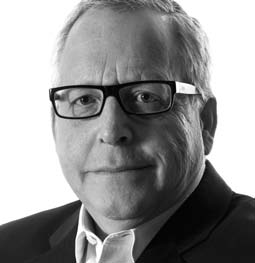 US-based Marcus Hotels & Resorts has hired Ted Lorenzi as vice-president of engineering and sustainability. In his new role, he will be responsible for engineering, environmental and energy management strategies and sustainability programmes throughout the company’s portfolio. Lorenzi was formerly with Carlson Rezidor Hotel Group.

Laurie Lee is the new chief executive of Care International UK, a leading humanitarian and development agency. Lee joins Care from his position as Africa director at the Gates Foundation. Before that, he was a civil servant in the British government, mainly in the Department for International Development.

Jack Cunningham has been appointed as head of group sustainability, health and safety at Gemfields, the world’s largest producer of coloured gemstones. Cunningham was previously sustainability and climate change director at PwC.

Benj Sykes is the new co-chair of the UK’s Offshore Wind Industry Council (OWIC). Sykes, who is Dong Energy Wind Power’s country manager, replaces Keith Anderson, the chief corporate officer of ScottishPower, who has held the role since 2010. OWIC is the strategic partnership forum between the UK government and the offshore wind industry.

The Australian government’s Future Fund has appointed Joel Posters as its new head of ESG risk management. Posters, who will relocate from the Netherlands, was most recently global head of sustainability with De Lage Landen, part of Rabobank Group. 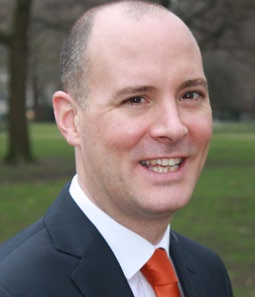 Andy Deacon is the new managing partner of the UK-based environmental behaviour change charity Global Action Plan. Deacon, the former director of development at the Energy Saving Trust, has been involved in several prestigious environmental projects across his career, including the London Mayor’s Climate Change Action Plan.

Deacon started out as a research associate at the University of Birmingham, working on urban air pollution issues.

After several roles involving air quality, he changed tack, taking a broader approach across a range of sustainability issues with the Royal Commission on Environmental Pollution. This led to roles at the Department for Environment, Food and Rural Affairs; at City Hall; and then the Energy Saving Trust. “I’ve had some amazing opportunities, working with the UK support team for the IPCC, on the UN Climate negotiations and on city-wide action planning on air quality and CO2 emissions,” he says. Deacon trained as a meteorologist/climatologist in the wake of the IPCC’s first assessment report and has “had the chance to influence organisational and individual responses to climate change”. In his new role with Global Action Plan he is looking to “keep embedding sustainable behaviour change for as many businesses and people as possible”.

Deloitte Real Estate has expanded its real estate sustainability team by hiring Nick Hogg and Jack Wang. Hogg joins as a senior consultant from Upstream Sustainability Services at JLL. He was also a leading adviser to the Better Buildings Partnership. Wang, who is also a senior consultant, joins from the National Energy Foundation. Both are based in Deloitte’s head office in London.

Europe’s largest producer of renewable energy, Statkraft, has hired Hallvard Granheim as executive vice-president and chief financial officer. Granheim was previously the firm’s head of financial reporting, accounting and tax. Statkraft is the leading power company in Norway and has 3,600 employees in more than 20 countries.

Enel Green Power has appointed Francesco Venturini as chief executive officer and general manager. He was previously the group’s head of North America. 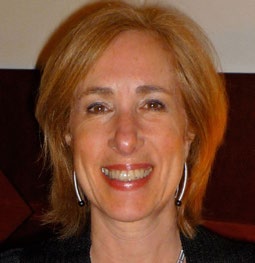 Nancy Wildfeir-Field has joined health coalition GBCHealth as its new president. She most recently served as director, global partnerships for BSR (Business for Social Responsibility). Previously, she managed health-related partnerships for USAID in the Caribbean and Eastern Europe.

Irish wind turbine company Airsynergy has appointed Ciaran O’Brien to its board as a non-executive director. O’Brien served as chief executive officer of Wind Capital Group (USA) from 2008 to 2012. Before that, he served as chief financial officer at Airtricity.