Yvo de Boer has been appointed head of the Global Green Growth Institute. De Boer was KPMG’s global chairman of climate change and sustainability services and a former executive secretary of the United Nations Framework Convention on Climate Change. He will lead GGGI, based in Seoul as director-general, serving a four-year term beginning in April.

GGGI is a new intergovernmental organisation founded to support and promote a “green growth” model of economic growth.

“GGGI’s work can add value to creating prosperity at a time when humans are experiencing challenges such as climate change, energy, water, population growth and an increase in urbanisation,” says de Boer. “Multiple challenges faced by humanity can only be effectively addressed through the shift toward economic growth in a more sustainable manner.”

Prior to his post at KPMG, de Boer served as executive secretary of the UNFCCC for nearly four years where he led the international process to respond to climate change. He brought more than 100 world leaders to Copenhagen to the 2009 United Nations Climate Change Conference and secured commitments from more than 90 countries to reduce greenhouse emissions.

BNP Paribas has announced the appointment of Stephanie Sfakianos as head of sustainable capital markets (fixed income). Sfakianos joined BNP Paribas in 2002, initially as head of liability management. She was previously in fixed income roles at Deutsche Bank and HSBC. “I started working in financial services on leaving university with a languages degree,” she recalls. Her first job was at a British merchant bank (which ultimately became HSBC through a chain of acquisitions), and was followed by ten years at Deutsche Bank before finally joining BNP Paribas.

“I have always worked in client-facing roles,” she explains. “I have been fortunate to have had a number of opportunities to help develop new products and markets, including the commercial paper market and medium term note market in Europe, and most recently the liability management product.”

Her appointment extends BNP Paribas’s commitment to sustainable financing and investment issues – the bank is ranked the number one financial institution in Europe in terms of corporate responsibility, according to Vigeo.

“My involvement with corporate social responsibility started at BNP Paribas through a number of their volunteering schemes,” explains Sfakianos. “This included mentoring and literacy projects, as well as involvement with the diversity groups.”

In her new role, she is hoping to “help create a financing tool that meets the needs of issuers and investors for socially responsible product”. 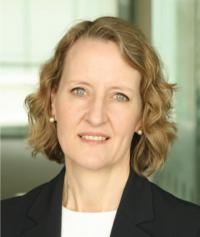 Dr Stuart Palmer has been appointed as head of ethics for Australian Ethical Investment (AEI). His role will include further developing the firm’s ethical frameworks and managing corporate advocacy. Most recently, Palmer worked for St James Ethics Centre, where he was responsible for its consulting, leadership and learning services, working with individuals and organisations across public, private and not-for-profit sectors.

He started his career as a commercial lawyer. “Finance and investment was the main theme for the first 20 years of my career, with roles in private legal practice and in banking (both as a lawyer and non-lawyer).” A PhD in philosophy led him to St James Ethics Centre.

“Lawyers and bankers can feel tied down by regulation and market practice,” he explains. “Philosophy and ethics encourages one to think about what ought to be. Enquiry and argument can be conducted in a less constrained way, while still remaining answerable to reason and evidence. Personally the ethical investment sector is a great opportunity to bring together my finance, investment and ethics interests and experience.”

In his new role he will be working with AEI’s ethical advisers and investment team to ensure that its ethical charter is applied transparently and consistently. He will also be ensuring that the investment team has day-to-day clarity about what sectors and stocks are investable.

He also aims to help “build the understanding that our investors, members and advisers have of our ethical positions so that they can make fully informed judgments”. 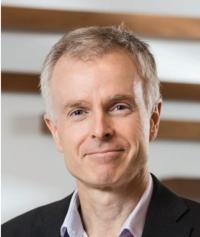 Her most recent role was at private equity firm, Actis, but Kumar started out as an economist in the Indian civil service. “However, my first professional assignment on energy and environment was with the United Nations Industrial Development Organisation (UNIDO),” she recalls.

“As an economist, I realised early on in my career that sustainable development was key to economic growth in emerging markets,” she explains. When she joined UNIDO in Vienna, she opted to work on environment and energy policy with member countries. This quickly translated to more practical projects on cleaner production and energy efficiency.

“As the sustainability agenda widened to include social issues, I trained as a social auditor and began to work more holistically on social and environmental aspects of industrial development, international trade and supply chains,” says Kumar. Moving from Vienna to London, she set up the European affiliate of Indian organisation TERI, with the objective of exploring common ground on issues related to climate change, sustainable trade and investment. This led her to the world of sustainable investing and her role at Actis.

“Coming from an emerging economy like India, and having worked in developing countries throughout my career, I believe that one of the biggest challenge these countries face relates to resource constraints and sustainability,” she explains. “I decided to channel my interest in economics to deliver practical outcomes for sustainable development.” 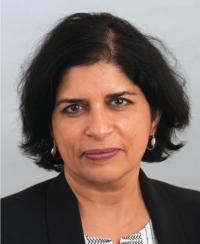 French telecoms giant Alcatel-Lucent has announced the appointment of Séverine Lèbre-Badré as head of communications and public relations. As well as being responsible for relations with media, institutional stakeholders and industry analysts, Lèbre-Badré is also in charge of managing the brand and corporate sustainability. She was previously head of commercial communications for the French utility company EDF.

Professor Caroline Digby has been appointed director of the Centre for Sustainability in Mining and Industry at the University of the Witwatersrand in Johannesburg, South Africa. Digby has a wealth of international experience working in partnership with industry, the academic sector and non-profit organisations. Before her new appointment, she was sustainability director at the UK’s Eden Project for nine years.

CDC Group, the UK’s development finance institution, has appointed David Osborne as an investment director in its equity investments team and made Sameh Shenouda the head of its new infrastructure team. Osborne was most recently managing director of investment firm CapAsia. Shenouda re-joined CDC in 2013, having worked for the organisation between 2001 and 2005 in Egypt. More recently, he was natural gas industries director at Orascom Construction Industries.

Antonia Swinson has been appointed director of the Ethical Property Foundation, a charity that advises voluntary sector organisations. Swinson was previously chief executive of the public speaking charity Speakers Trust. 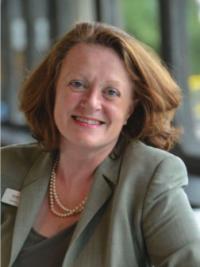 American Washington-based not-for-profit organisation the National Environmental Education Foundation has appointed Jacqueline Thomas to its board of directors. Thomas is vice-president of corporate responsibility at Toyota Motor Sales USA. 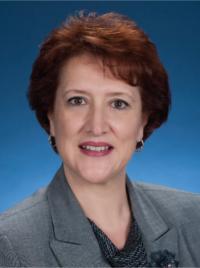 Emma Stewart has been appointed to the Sustainability Accounting Standards Board advisory council. Stewart is the head of Autodesk Sustainability Solutions. 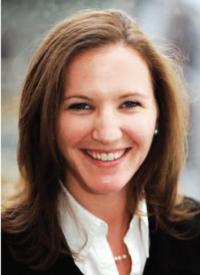 The United Nations Environment Programme (UNEP) has announced that Charles Anderson will be the new director of the UNEP Finance Initiative. UNEP FI is a platform bringing together the UN and the global financial sector, which promotes the integration of sustainability concerns into the mainstream financial system. Anderson has more than 30 years of experience in the financial sector and has played key leadership roles in integrating ESG concerns into the private sector, including roles as CEO of Sovereign (New Zealand’s largest life and health insurance business) and as managing director Asia Pacific for Aviva.

The US-based Renewable Energy Group has hired Todd Robinson as director, investor relations. He was formerly with HSBC Securities.

Charlotte Hill is the new chief executive of social action campaign Step Up to Serve. She joins from the skills charity UK Youth.

With thanks to Miriam Heale, Allen & York Recruitment