Not so fast: Millennials press fashion brands for greater transparency

There has been a 10% increase in the amount of clothing purchased in the UK in the last five years, while an estimated £30bn of clothing sits in wardrobes unused for more than 12 months.

With fast fashion on the rise, the campaign Fashion Revolution Week encourages millions of people to ask brands “Who made my clothes” and demand greater transparency in the fashion supply chain. In 2016 Fashion Revolution, a UK social enterprise that receives funding from the C&A Foundation, used Twitter to reach 129 million shoppers through 70,000 posts using the hashtag #whomademyclothes. This year, Fashion Revolution’s social media impact doubled from the previous year, with 533 million impressions on its posts, and 2,000 brands responding to consumers with #Imadeyourclothes, detailing the workers in their supply chains.

In June this year, Fashion Revolution counted 106 brands across 42 companies that are disclosing at least some of the facilities making their clothes, compared with 29 brands out of 40 surveyed in 2016. With its reach increasing, the pressure on brands from young people – a demographic that spends the highest proportion of its annual income on clothes –  is being ramped up.

With requests for information on the origin of clothes made public on social media, brands are being forced to respond, and are either praised by  savvy millennial shoppers for a transparent supply chain or shamed for being evasive. While there has been a marked increase this year on brands publishing tier 1 supplier lists (32% of 100 brands, from 12.5% of 40 companies in 2016), there is still a long way to go. 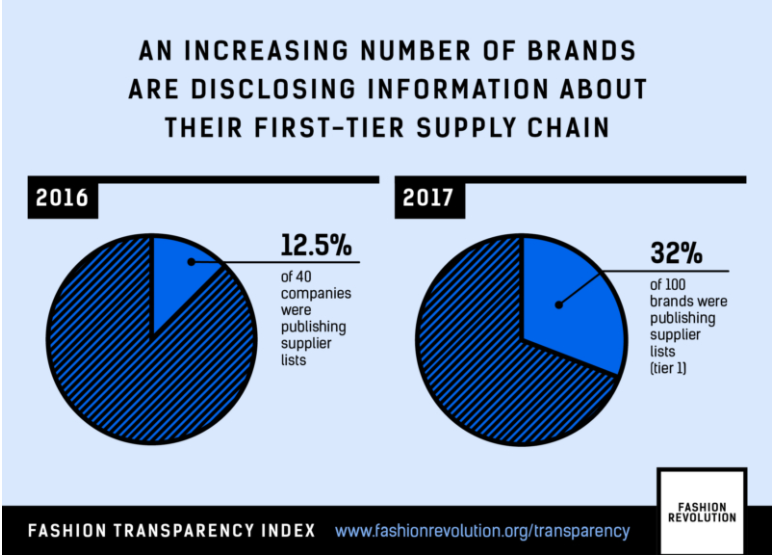 There has been an increase this year on brands publishing tier 1 supplier lists, bu tthere is still a way to go (credit: Fashion Revolution)

According to Fashion Revolution’s Fashion Transparency Index 2017 scoring brands on transparency in their supply chain reporting, the average score was 18%, with the highest score being achieved by Adidas and Reebok with 49%. No brands scored above 50%, while three, Dior, Hellan Home, and s.Oliver, scored zero, disclosing nothing at all, and 32 brands scored 10% or less. Fashion Revolution says there is no “simple answer to the dichotomy of whether a brand is good or bad”, but in its Transparency Index the NGO urges citizens to pressure brands for more public disclosure by using social media, as well as writing to policymakers to ask them to implement regulation around supply chain impact and transparency.

Carry Somers, co-founder of Fashion Revolution, says for every impression or engagement of its hashtag, “brands were taking that to represent 1,000 people who care, but can’t be bothered to do anything about it. … Collectively we have the power to make a difference to make change.”

Transparency doesn't necessarily lead you to better practice, but it leads you somewhere

Fashion Revolution hopes that brands will be shamed into making public more information on its supply chains, publicly acknowledge the people who make their clothes, and work to improve labour rights and working practices. Orsola de Castro, founder and creative director of Fashion Revolution, says transparency is just a first step. “Transparency doesn’t necessarily lead you to better practice, but it leads you somewhere.”

Similarly, pressure from young consumers may not directly improve human rights, but it can make brands sit up and listen. “Be curious,” Castro urges, “Don’t be stunted by the enormity of the problem. Every day you look at your wardrobe, that’s your chance.”

As well as engaging consumers using direct campaigns, there are a number of apps springing up that are bringing buying power to bear on brands.

Not My Style gives brands one of three ratings - SHOP, THINK, or STOP, to show how transparent brands are (credit: Not My Style)

Alisha Miranda is founder of the London-based app Not My Style, a tool to track what brands disclose about workers in their supply chain.  The app, founded in 2016, is designed for a mainstream consumer audience. The app gives brands one of three colour-coded ratings, SHOP, THINK, or STOP, to show which brands are disclosing the most about their supply chain and which the least. The focus of the app is on transparency in human rights issues, as consumers care most about that topic, Miranda says.

Miranda cites fashion retailer C&A as the company that is doing most to promote supply chain transparency. It recently disclosed its suppliers’ factory names and addresses, number of workers, and product category for its entire tier one and two production units.

At the other end of the spectrum, FCUK discloses no information on its supply chain, a sign of not having a strong ethos on how its workers are treated.

After Project Just took online retailer Asos through its rating system, the brand disclosed its entire supply base

The brands are rated exclusively on the amount of information they disclose, and doesn’t draw conclusions from the data itself. “Transparency is the place to start because the data is confusing,” Miranda says, adding that the greater transparency a brand displays, the more it is moving in the right direction. She accepts that traffic light rating system has flaws, but “it’s the best we could do at the moment.”

Leslie Johnston, executive director of C&A Foundation, said in an interview with just-style.com that consumers are not driving retailers’ behaviour: “It’s tough for companies to want to do the right thing if they feel their customers don’t really care about this stuff. That’s the challenge.” But Miranda believes that can change if consumers are educated to shop better.

She says apps should work together to push brands for increased transparency. “This is not about competition,” she says. “Bigger brands are disclosing more information, but it’s a big job.”

Engaging with brands is also key, Miranda says. Miranda says after she took online retailer Asos through its rating system the brand disclosed its entire supply base. 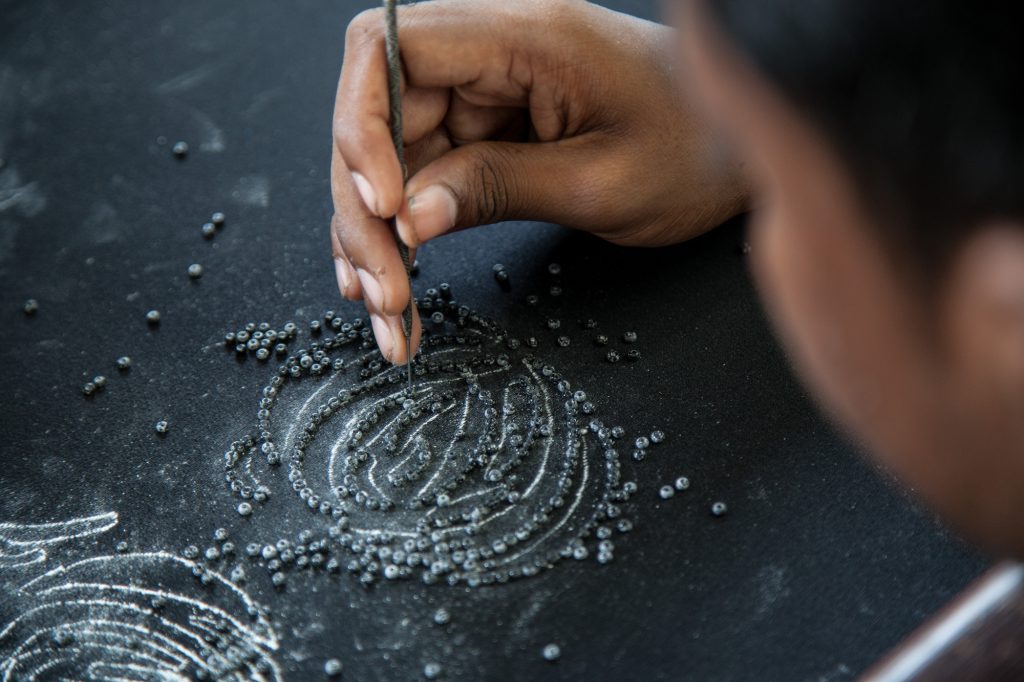 Project Just is a US-based online platform, founded in 2013 after the collapse of Rana Plaza, that reviews brands for their supply chain ethics and sustainability. Jacinta FitzGerald, its chief operating officer, says the rise of online shopping, particularly with brands such as ASOS, has made consumers more engaged. “A huge amount of consumers research online and buy in store,” she said, which means they are more likely to be looking into the credentials of their most loved high street brands.

“Our main audience is 18- to 35-year-old women who are interested and engaged with what’s going on behind the brands. They find us through internet searches such as ‘Zara ethical’, and clicking through from social media,” FitzGerald says.

Using Project Just, consumers can identify not only how brands are reporting on issues such as human rights, transparency, and environmental issues, but also which have been vetted by the online platform as doing well in most areas of their supply chains. Whether you’re shopping for partywear or casual clothing, the platform’s “seal of approval” acts as a guide to which brands to buy, according to FitzGerald. These brands are decided by a committee of fashion experts, who do independent research to identify the most ethical brands available.

Using social media to identify users’ behaviour has allowed Project Just to see what interests consumers. Often this is not simply about buying clothes, but becoming more engaged with the industry. While the project draws users in through its “fun rather than activist content”, it has seen peaks of engagement from its ethical bloggers, including a recent article detailing Ivanka Trump’s fashion line’s total lack of supply-chain transparency. 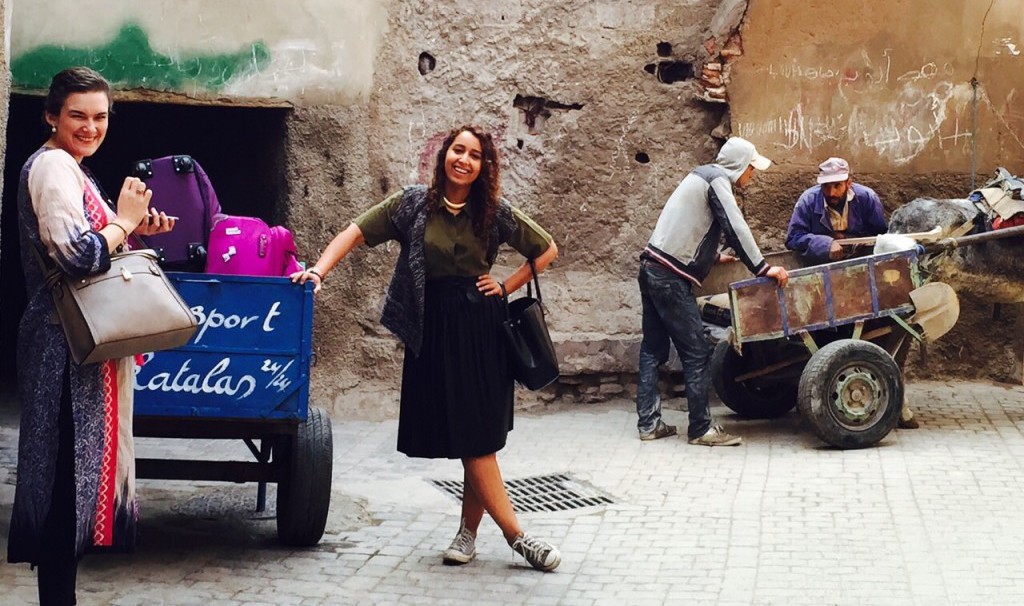 The power of social media to engage a new generation of shoppers is clear. “The internet and technology is how we’re able to be in existence,” FitzGerald said. “Technology is the way to shop more sustainably.”

The big challenge for Project Just now is to grow its audience. “We want to increase our reach from around 300,000 users to millions, and increase our impact.” But, she says, the downside of social media is that you can create a storm without properly understanding how it affects shopping habits. Project Just is working on a behavioural change study with Cornell University, which is due out later this year. “We need to measure our impact and make sure we know what’s effective, and what changes how people buy,” she said.

Shopping less won’t get the message through to brands, we must ask questions instead

Kalpona Akter, executive director at the Bangladesh Centre for Worker Solidarity, argues that consumers must do more than simply stop buying from recalcitrant brands.

Not only would that potentially hurt the Bangladesh economy, which is 80% dependent on garment exports, but shopping less won’t get the message through to brands about what they are doing wrong. She recommends asking questions of brands instead. “Ask the store manager: I wanted to buy these clothes, but I want to know more about the worker. Do they have union rights? Are they working in a safe building? The store managers will inform their supervisors … they will come to you with an answer the next time you shop in that store. And this is how consumers can really make a difference.”

This is part of a package of articles on the push for greater transparency in the garment industry. See also:

New apps to keep tabs on the factory floor