COMMENT: Didier Bergeret of the Consumer Goods Forum says the ethical confectionery company's transparent efforts to eradicate modern slavery are worth applause rather than brickbats

A shocking 25 million people around the world are currently estimated to be victims of forced labour. That is equivalent to Australia’s entire population being forced to work under threat of violence, intimidation, debt bondage or coercion, among other abuses. The scale of the problem is huge – and businesses need to be open about it. Only by being transparent about how difficult it is to root these crimes out, and working collaboratively to improve the situation from the inside out, can companies contribute to achieving the scale of action needed to eradicate this endemic social issue.

What has happened in recent weeks to the popular chocolate brand Tony’s Chocolonely shows just how complex all of this is. The company is outspoken about making its chocolate 100 percent slave free: that pledge is its reason for existing. Yet it was recently dropped from Slave Free Chocolate’s list of ethical chocolate companies. So should we be quick to criticise it as a brand failing to live up to its values? Well, no. Far from it.

Tony’s Chocolonely has never found any cases of modern slavery in its own value chain. It was cut from the list because the beans in its bars are produced by the company Barry Callebaut, which was named last month as a defendant in a case in the U.S. brought on behalf of eight former child workers on plantations in Ivory Coast.

As Tony’s Chocolonely says, 'we go to where the problems are – so we can solve them'

Rather than condemning Tony’s Chocolonely, we should welcome its decision to try and make change from the inside out. The company deliberately chose to source cocoa directly from the Ivory Coast and Ghana to improve supply chains there and shine a light on where action against forced labour is needed. It could have gone for other less problematic sourcing routes, but made the decision not to ignore the risks in West Africa. As Tony’s Chocolonely says, “we go to where the problems are – so we can solve them”. It stands by its relationship with Barry Callebaut and says it is “triggering them to change”.

It can be challenging for companies to take a leadership voice on eradicating abuse in global supply chains – particularly when the issue is complex and so often hidden or deeply rooted. Businesses may also be hesitant to speak up because they fear the negative connotations of being associated with modern slavery in any way at all. Even if they are taking positive action, a company may worry that consumers get a sense of ‘guilt by association’ for any business that talks about it.

But no business can shy away from this problem. We cannot afford for other brands to be deterred from being outspoken and open about the realities of the modern slavery challenge. We need to encourage many more businesses to put their head above the parapet. As The Consumer Goods Forum’s Human Rights Coalition – Working to End Forced Labour says: silence is unacceptable. Companies must stand up to acknowledge that the system is not perfect, but they are striving to make change. By being more open, businesses will also build consumer understanding and awareness around modern slavery, and what’s being done to combat it. For while consumers can play their part through purchasing power – and indeed reward companies that are being transparent about this issue – change should ultimately be led by businesses.

However, we know that no company or industry can achieve sustainable change acting alone. Collaboration between businesses, governments, non-profits, and other stakeholders is essential. Additionally, while businesses around the world have made major advances to monitor and engage suppliers, more work is needed to ensure visibility at every step of the supply chain – a challenge given many are often complex and span many countries. The further down the supply chain you go, the more precarious this work can be – and no company can be naïve in thinking they are immune to the risks of modern slavery.

The Consumer Goods Forum, a global network of more than 400 consumer goods businesses, knows that identifying common concerns and tackling them together ensures a greater combined and sustained impact. Since 2015, we have sought to use our collective stance as industry leaders against this issue. With our new coalition, we are bringing together the collective power of global businesses to help stand up to and accelerate efforts against forced labour.

Any abuse is unacceptable. But it is possible to know this while acknowledging how tough challenges around global supply chains are

Part of the complexity for companies is the range of different sustainability standards and certifications that are used to ensure that supply chains are free of forced labour. For buyers and suppliers wanting clear guidance, it can be confusing. Our Sustainable Supply Chain Initiative is working to build clarity and confidence for companies and to strengthen trust in the sustainability programmes that many rely on to monitor their supply chains.

Any instance of abuse is of course deplorable and completely unacceptable. But it is possible to know this while also acknowledging just how tough challenges around global supply chains are. Tony’s Chocolonely’s response to being dropped from the Slave Free Chocolate’s list sums this up perfectly: “We welcome any challenge and debate that helps to raise the bar in the chocolate industry and gets us closer to making 100 percent slave free the norm in chocolate.”

No business can bury its head in the sand or pretend it is above the risks. Only by acknowledging the scale of the issue, and shining a light on where change needs to happen, can we proactively tackle things together. 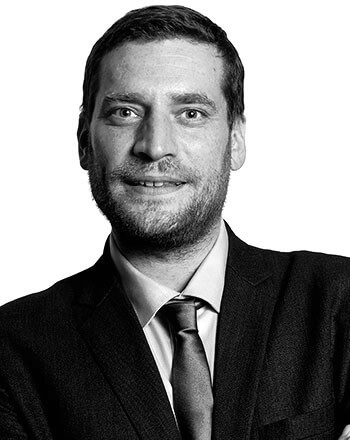 Biochar: the 'black gold' for soils that is g...
Big food companies ‘failing dismally’ on both clima...
'As the climate crisis intensifies, violence again...
Gap between rhetoric and reality mars Biden's clim...
comments powered by Disqus