There is a Yurok legend that explains the consequences of a world without the Klamath river: A spirit visited an elder and showed him a vision of the river in decline. The salmon were gone. The river was drying out. The spirit warned that this vision would become reality if the Yurok were bad stewards of their river and lands.

Frankie Myers, vice-chair of the Yurok tribe in northern California, was born and raised on a reservation near the mouth of the Klamath. He uses the legend to explain why his tribe and others on the river have fought a two-decade long battle to undam it, hundreds of miles from his homeland. The four dams block salmon habitat and spawning grounds.

“It’s in our DNA. It’s part of our religion to restore the landscape,” Myers says.

When he was a boy, Myers remembers his family would set up their seasonal places on the Klamath river bar. They’d be there for the better part of a month, cycling between fishing for a couple of nights in a row, then processing the catch of a few dozen for the next three to four days. Hundreds of fish would be processed.

Today, he still sets up the seasonal river camp for his family, which includes five children. But now it’s only for about a week. And the total catch is maybe 10 salmon. The dearth of fish “has made it much more difficult to hand down certain parts of our culture,” said Myers, who noted that during his childhood, there was no need to “teach” tribal children the culture of fishing. “We were still catching salmon to feed our families…. The core of who we are is being ecological protectors of our water and land.”

Finally, last summer, the Federal Energy Regulatory Committee paved the way for a decommissioning of the dams, to begin later this year. 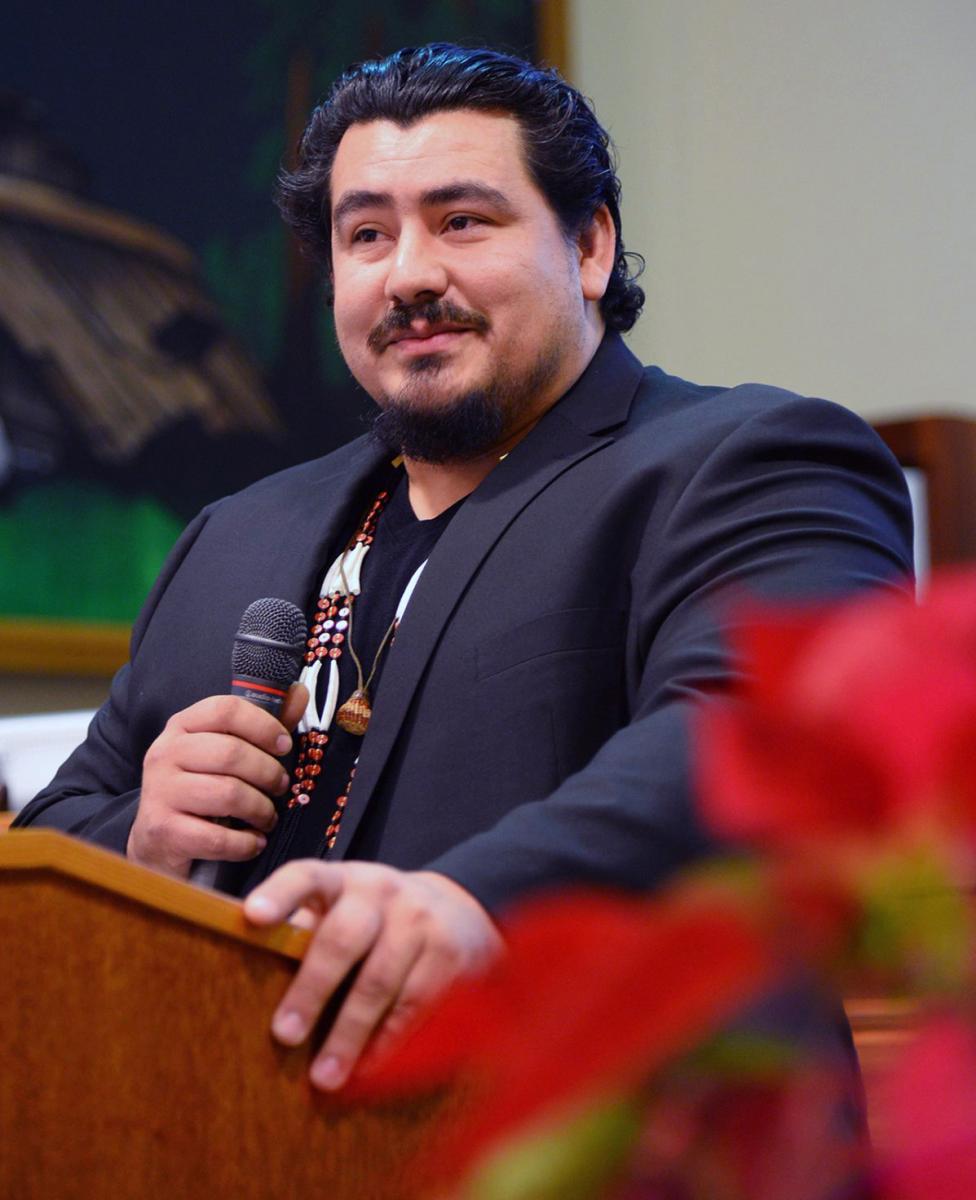 Frankie Myers, Yurok vice-chair: 'It's part of our religion to restore the landscape.'

“If we rewound the clock to 20 years ago, and the tribes were given an equal voice to the other stakeholders, this would have gotten done 15 years ago,” said Myers. “Most of those 20 years didn’t have anything to do with moving it [dam removal] forward; it had to do with opening the ears of others to the tribal people, and getting them to trust our science, our ecological traditions and knowledge.”

Recently, noted Myers, the Yurok were given the right to manage the visitor centre at Big Lagoon State Park and reacquired Blue Creek, a 9,000 acre sacred site and salmon stronghold. The trend locally is for area managers (the 60,000 acre reservation is flanked by national and state forests) to recognise the tribe’s conservationist capabilities, giving them the management of natural areas.

“At the end of the day, if you’re an environmentalist or a conservationist, you can’t argue with what happens when tribes manage our own land,” said Myers, noting that while he’s cautiously optimistic about tribal input into the Biden administration’s plan to conserve 30% of the nation’s land and water by 2030 (see America’s Native communities to be drafted in to fight biodiversity loss), he believes that as tribes build capacity “and are able to sign legal documents and show what we can do”, momentum in including indigenous voices in conservation will only grow.

Twenty years from now, Myers anticipates the river to be healthy and stocked with salmon. He expects the land on the reservation, and around it, to be re-balanced from its current over-forested fire-provoking state to a more balanced one, with tree diversity and prairies and ‘prescribed’ wildfires to promote ecological health and prevent more damaging uncontrolled fires.

Most importantly, he envisions a world in which his children and his children’s children won’t have to go away to find jobs, but will be able to live off their land and water like their people have done for millennia.

“White people messed up America pretty good,” said Myers. “When we look at 30x30, there is the hope that we … bring the natural landscape back to the country. We want that vision… but if you don’t include indigenous people, you’re never going to have it.”

Can business bridge the yawning gap in finance for natu...
Calls grow for companies to disclose nature impacts in ...
‘We are sliding from climate crisis to climate disast...
Brands failed to meet promises to protect forests. We c...
comments powered by Disqus