Growing numbers of American companies are joining RE100 at the same time as the Trump administration is pulling away from the Paris Agreement, reports Diana Rojas

Six more US companies joined the RE100 at Climate Week New York in September, meaning that 39 American firms now make up a third of the 113 companies that have pledged to go 100% renewable, stepping up efforts to mitigate the effects of climate change despite lack of support in the White House.

Kellogg, organic food company Clif Bar, General Motors, Califia Farms, along with JP Morgan Chase and Co. and Citi are the latest companies to join RE100.
At the COP23 climate talks in Bonn this month RE100 member Microsoft announced that it was quickening the pace. The company, the second-largest user of green power in the US, pledged to reduce its operational carbon emissions by 75% by 2030 compared to 2013 through more renewable energy and a focus on energy efficiency, avoiding 10m metric tons of CO2.

Three-quarters of Americans agree there is 'solid evidence' of global warming, the highest since 2007

Meanwhile Dutch chemical company Royal DSM, another RE100 member, announced at Bonn that it will operate on 40% renewable electricity in the US thanks to a new wind power agreement with Florida-based NextEra Energy Resources, amounting to 13% of its annual electricity purchased globally.

Sam Kimmins, head of RE100 for The Climate Group, said that there has been a “huge momentum in business action” in initiatives like RE100 because companies are not waiting for governments and legislation to force GHG emissions reductions. 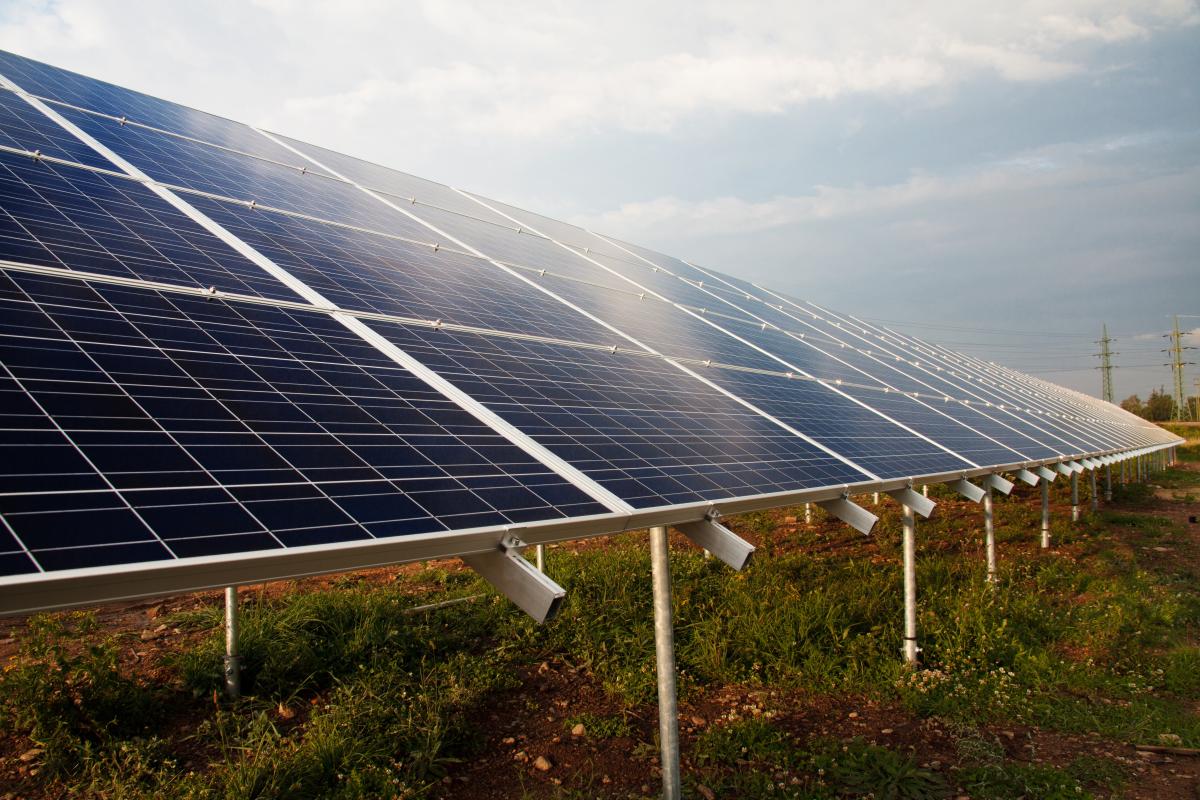 Solar costs have decreased some 60% in the past decade (credit: Shutterstock Inc.)

“Renewable energy gives companies greater control over electricity bills and can even lead to financial savings, providing a competitive edge,” said Kimmins. “Our members want to show they are responding to consumer demand to play their part in reducing emissions sooner rather than later.”
Launched at Climate Week New York City in 2014, RE100 is a partnership of The Climate Group and CDP (the Carbon Disclosure Project), as part of the We Mean Business coalition. RE100 members make a public commitment to use 100% renewable electricity in their global operations. In its last annual report, most members had committed to achieving 100% renewable energy by 2024.

A report in April by Calvert Research, CDP, Ceres, and World Wildlife Fund found that 240 Fortune 500 companies had set one or more climate-related goals, up 5% from 2013. The report, Power Forward 2.0, said 190 companies had saved $3.7bn in 2016 alone through implementing nearly 80,000 emission-reducing projects.

However it judged the US corporate response to climate change to be “insufficient”, pointing out that smaller companies and entire sectors, particularly in the energy and financial services industries, were missing climate business opportunities while “very few companies have time-bound GHG reduction targets that align with the pollution reductions climate scientists say are urgently needed
to avoid the worst impacts of climate change”. 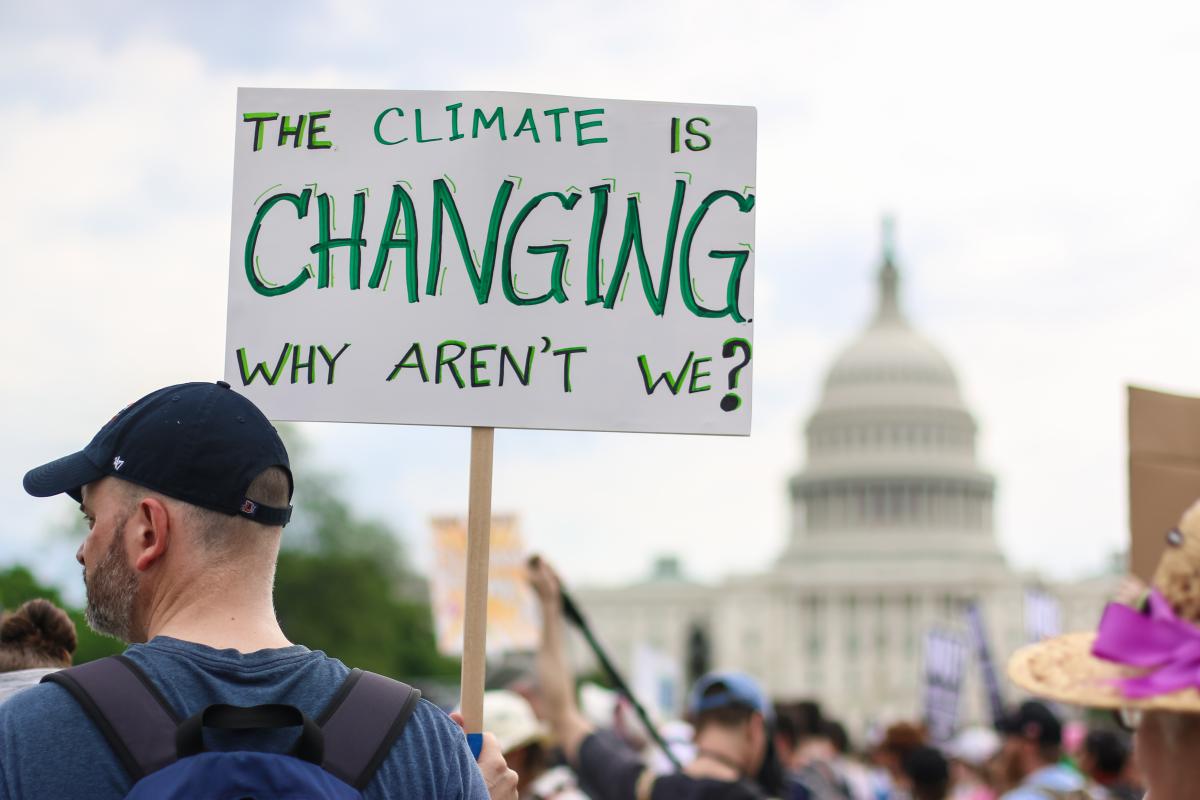 The uptick in RE100 membership comes at a time when the US leadership is pulling away from global and domestic climate change mitigation commitments of previous administrations, including the 2015 Paris Climate Agreement and the Clean Power Plan, the Obama Administration’s 2015 policy to slash GHG emissions domestically.

A report this month by UN Environment warned that the US, the world’s biggest emitter per capita, will only be able to meet its pledge in 2015 to cut emissions levels to 17% below 2005 levels by 2020 if it follows through with commitments made by the Obama Administration.

Of Mars’ estimated 26 million tons of GHG emissions, only 1.5 million are from its own operations

“It would be helpful and powerful to have a strong signal from the US government, but it’s not a deal-breaker on a global level,” said Rabinovich. Mars was among the first companies to join RE100, and its efforts at curtailing GHG emissions pre-date the CPP and Paris. “The vast majority of large American businesses are already responding to things like the [environmental reporting platform] CDP … because their investors have become convinced that there is a material financial risk in not managing your emissions.”

Kimmins agrees: “Nobody wants to be positioned as a straggler on sustainability, when the public expectation is now one of leadership,” he said. A recent Pew Center poll of Americans’ views on climate change found 74% agreeing that there is “solid evidence” of global warming, the highest level since 2007. The non-profit Edison Foundation Institute for Electric Innovation reported in May that American corporations have contracted for some 7 gigawatts of renewable energy over the past four years, a number that is expected to rise to 60 GW by 2025.

Mars Inc, which estimates that its total emissions are equivalent to those of Panama, made a commitment to 100% renewable energy for its factories and offices in 2009, but decided to join RE100 in 2014 to share what it has learned and encourage others to go 100% renewable, too. 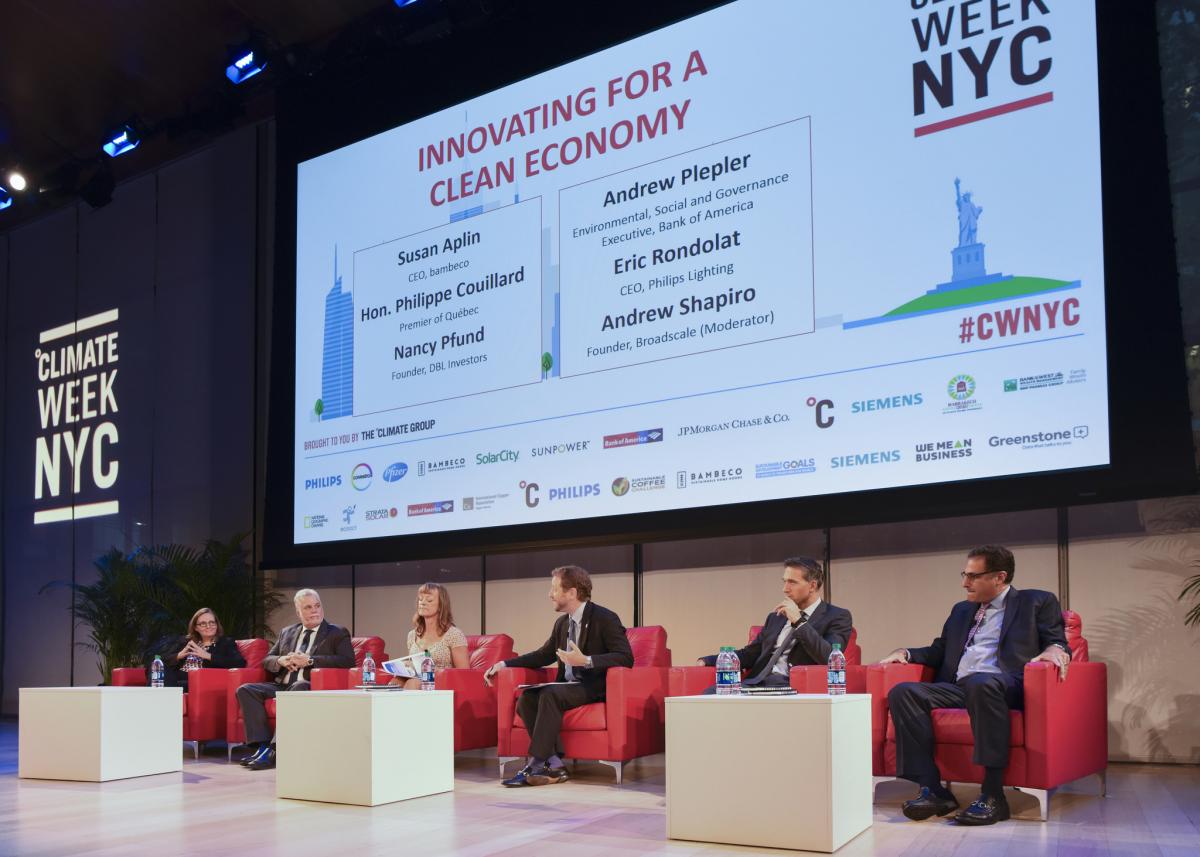 The RE100 was launched at Climate Week NYC in 2014 (credit: The Climate Group)

Therein lies a challenge: how do companies move beyond cutting emissions in their own operations, scopes 1 and 2 under the Greenhouse Gas Protocol, and align suppliers so they can tackle scope 3 emissions. Touting financial savings is one way, and also offering better incentives, such as power-purchase agreements (PPAs), contracts spanning 10-20 years that allow renewable projects to sell electricity to large customers, making them more affordable and bankable.

Califia Farms, the Californian plant-based drinks company, is using a combination of savings generated from on-site energy production and a green power premium from its local utility to finance enhanced roof mounted and parking lot solar arrays at its bottling facility. Eli Steltenpohl, manager of sustainability, estimates that the plan will get Califia 80%-90% towards its 2020 goal of becoming 100% renewable – no capital investment required.

Adobe, which aims to be 100% renewable by 2035, joined RE100 after signing the American Business Act on Climate Pledge, introduced by the Obama Administration in the lead-up to the Paris Climate Conference in 2015. (The 154 signatories pledged to reduce GHG emissions by at least 50% and purchase 100% renewable energy). 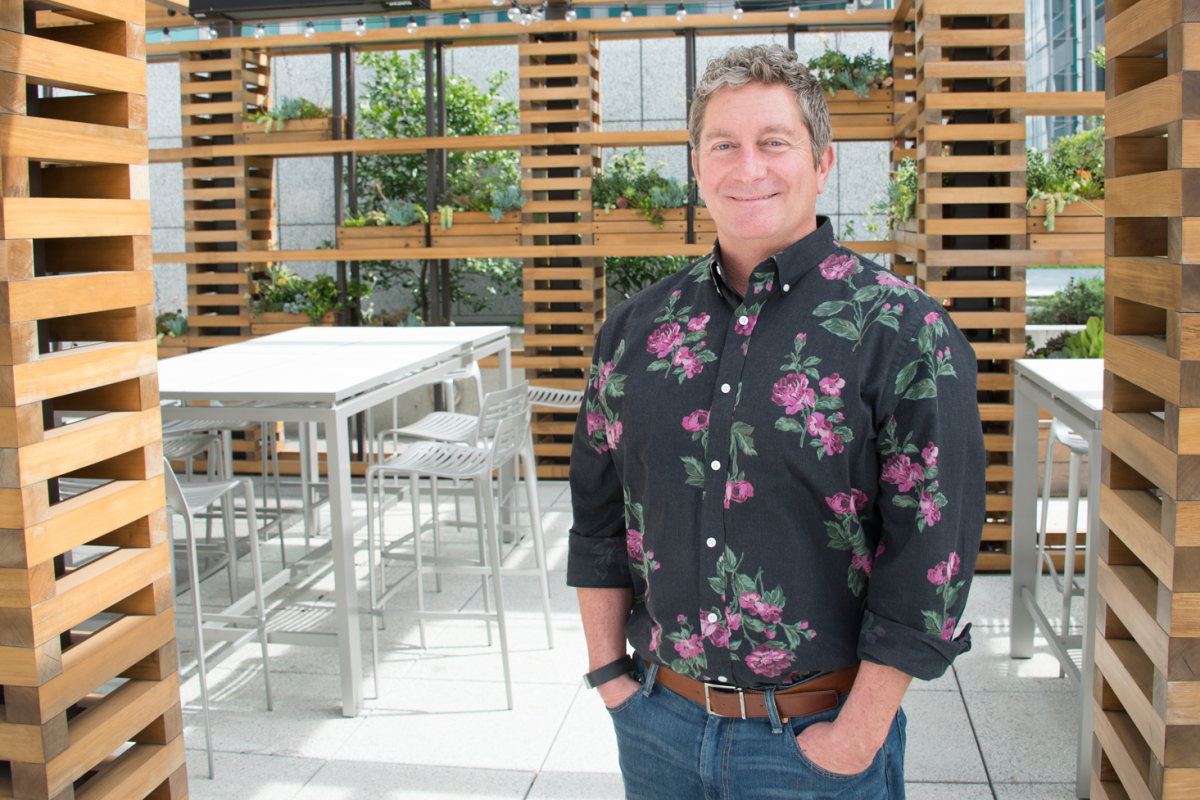 During Climate Week, Adobe announced its recent signing of a 2.5-megawatt solar power purchase agreement for its Bangalore office, becoming one of the first US-based tech companies to have a 100% renewable powered facility in India.

The company decided to focus on buying energy that adds directly to local power grids, instead of the more common practice of buying carbon offsets. Vince Digneo, Adobe’s sustainability strategist, said the more stringent approach is “founded in a commitment to running clean operations, versus simply buying credits and offsets to counter-balance the effects of dirty operations.” He added: “Most importantly, this approach allows our communities to enjoy the benefits of renewable energy along with us.”

Rabinovich points out that Mars needs to deliver a 67% reduction in GHG emissions by 2050, and from a climate science perspective, it doesn’t really matter where those reductions occur. So if the US becomes an area where it’s “less economically compelling” to invest in renewable energy, it will make those investments elsewhere. “The thing that will suffer from this [political] position is the level of financial activity that this work generates in the US,” he said. 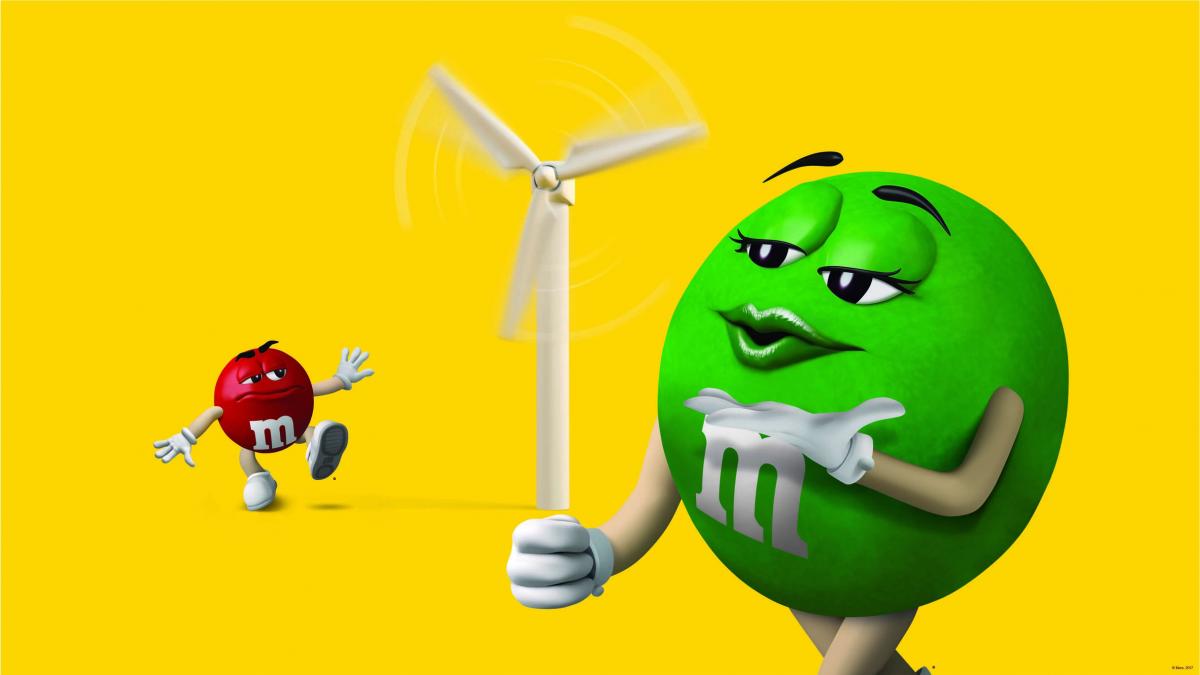 Another driver for companies is the fact that employees are increasingly demanding sustainable practices in their work place, especially millennials. At Mars, Rabinovich said recruiting and retention is “explicitly part of the internal business case” for its Sustainable in a Generation Plan.
And so is customer demand. In announcing its commitment to RE100 during Climate Week in September, Diane Holdorf, chief sustainability officer at Kellogg, said consumers expect global brands to act responsibly. Kellogg has committed to being 100% renewable by 2050, and to reducing its direct GHG emissions by 65%.

Nobody wants to be positioned as a straggler on sustainability, when the public expectation is now one of leadership

But influencing consumer behaviour on climate is a tough nut to crack, said Rabinovich. “We know that people care about this, but … when you look at actual purchase behaviour then it doesn’t really translate.”

Mars’s US and UK operations are already 100% powered by wind, and the company plans to have its operations in 11 countries entirely powered by renewable energy by next year. It is using M&Ms, one of its most iconic brands, to get the message across to consumers. During Climate Week the windblown faces of humans and animated candies looped on the jumbotron at M&Ms World on Broadway, announcing that they are “Fans of Wind”.
“Most people are in favour of renewable energy and when you see an ad for it, even if you don’t remember you saw a renewable energy ad for M&Ms, it’s lingering in your brain,” he said.

Califia Farms has also been stepping up efforts to tell consumers about its environmental commitments through its website, social media and via the press. “The lacklustre conversation at a national level reinforces the importance of finding ways to inspire individuals to make better choices for themselves and the environment,” said Steltenpohl.

This is one of a series of articles on climate. See also: