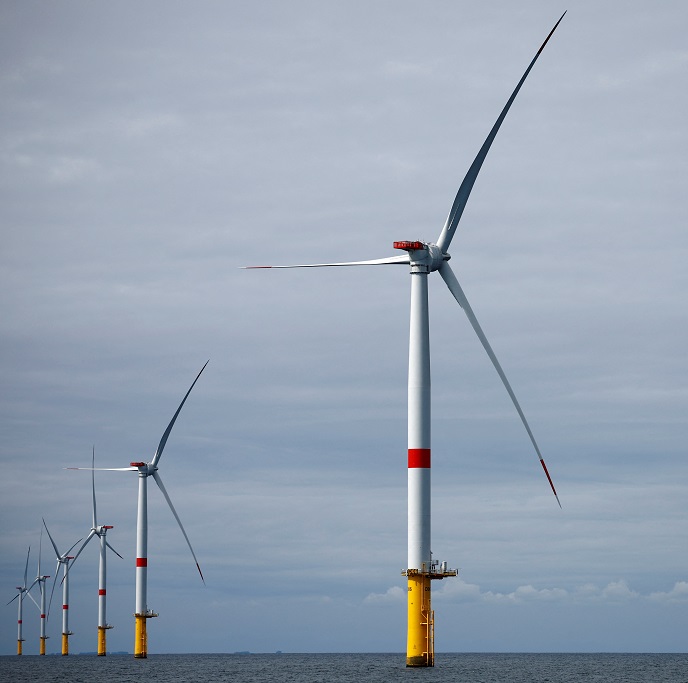 The U.S. Department of the Interior will streamline regulations for offshore wind development in a bid to shorten project timelines and cut costs, the department announced January 12.

The proposed reforms are expected to save developers around $1 billion over a 20-year period, through simplified procedures that will reduce project risks, the department said.

The simplified rules will reform lease auction regulations, improve the verification of project design and installation, and offer more flexibility on survey requirements, among other measures, it said. The rule changes will be subject to a 60-day public consultation period.

U.S. offshore wind activity is set to surge in the coming years as federal support programs align with ambitious renewable energy objectives. President Joe Biden has set a target of 30 GW of offshore wind by 2030, a huge task, and his 2022 Inflation Reduction Act (IRA) will provide a 30% tax credit for offshore wind projects that begin construction before 2026. To date, the interior department's Bureau of Ocean Energy Management (BOEM) has held 11 offshore wind lease auctions and currently manages 27 active commercial leases. Development is currently concentrated on the East Coast but is spreading to southern and western areas. In December, European energy firms secured most of the floating wind leases in California waters in the first auction off the Pacific coast.

The Biden administration is aiming to complete environmental reviews of at least 16 offshore wind projects by 2025, representing over 20 GW of new capacity. The BOEM also plans to hold up to four additional offshore lease sales by 2025, it said.

Texas' industry could see power prices fall by as much as 45% to $42.95/MWh, according to the Energy Information Administration (EIA). Texas is the fastest-growing solar market in the U.S. and power prices rose in 2022 due to heatwaves.

"We're seeing a lot of build-out of solar generation in ERCOT (Electric Reliability Council of Texas) in the populated zones where the load centers are," said Rob Allerman, senior director of power analytics at data provider Enverus.

In January, prices in New England spiked on cold temperatures and gas pipeline constraints. In July, Texas hit record-breaking electricity demand during a heatwave in which wind resources also slumped.

In September, a heatwave across the Western U.S. resulted in record-breaking electricity demand and in December, winter storms in the Western Pacific led to record high prices.

Overall, U.S. wholesale power prices will decline by 10% to 15% this year, estimates researcher Rystad Energy. Consumption could fall 1% in 2023 and then grow by the same amount in 2024, the EIA forecast. Electricity generation is expected to follow a similar trend.

EU energy ministers formally agreed emergency regulation on December 19 that is set to shorten permitting times, reduce developer costs and accelerate wind repowering. The agreement was part of an overall package of emergency measures that included a much contended limit on gas prices.

In place for 18 months, the emergency regulation aims to speed up wind and solar permitting while EU officials negotiate wider measures set out in the REPowerEU plan. REPowerEU comprises a package of measures to tackle the energy crisis sparked by Russia's invasion of Ukraine and will be incorporated in the Renewable Energy Directive pending agreement by EU officials.

Delays in environmental permitting and grid connections have slowed wind and solar growth. Permitting can take several years due to complex administrative processes and a lack of resources at approval authorities. Around 80 GW of wind capacity is currently stuck in permitting processes, industry group WindEurope said, five times the total wind capacity installed in 2021.

The EU's emergency regulations define wind and solar as projects of overriding public interest and clarify the environmental and grid permit deadlines that approval authorities must meet within two years. The burden of proof for environmental protection is shifted from developers to public agencies and developers can use a wider range of measures to protect endangered species. Shorter approval deadlines for repowering projects will aid developers upgrading existing sites. European Union energy ministers agreed an EU-wide cap on gas prices on December 19 to curb soaring prices that have driven up gas and electricity bills following Russia's invasion of Ukraine.

The agreement followed weeks of negotiations between the 27 EU members over the level and mechanism of the price cap.

Effective from February 15, the EU-wide cap will be implemented if prices exceeded 180 euros/MWh ($194.7/MWh) for three days on the front-month contract at the benchmark Dutch Title Transfer Facility (TTF) gas hub. The TTF price must also be 35 euros/MWh higher than a reference price based on existing liquefied natural gas (LNG) price assessments for three days.

Once triggered, trades would not be permitted on the front-month, three-month and front-year TTF contracts at a price more than 35 euros/MWh above the reference LNG price.

"We have succeeded in finding an important agreement that will shield citizens from skyrocketing energy prices," said Jozef Sikela, industry minister for the Czech Republic, which holds the rotating EU presidency.

An earlier proposal by the European Commission set the cap at 275 euros/MWh but countries said this price was too high and would not have curbed soaring prices last August when month-ahead TTF prices approached 314 euros/MWh on August 26 and stayed above 225 euros/MWh for two weeks in a row.

In September, EU energy ministers agreed to limit revenues from wind, solar and nuclear power generation to 180 euros/MWh ($180/MWh) from December until the end of June and several national governments are imposing lower price caps.