Requests by developers to adapt power contracts in Massachusetts show how early movers are squeezed by volatile costs as they rush to secure key federal incentives. 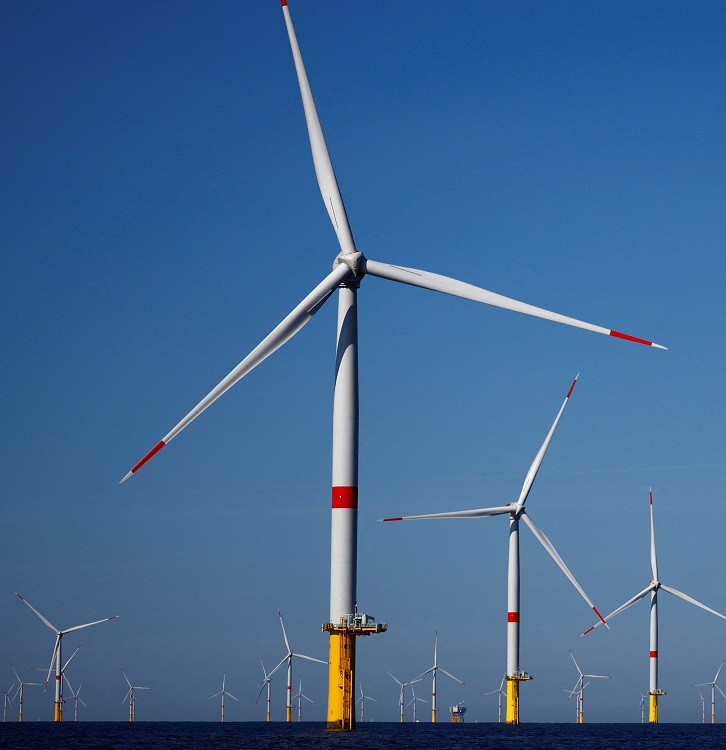 U.S. offshore wind builders are faced with volatile market conditions and the challenges of a nascent market. (Image: REUTERS/Stephen Mahe)

Earlier this month, the Massachusetts Department of Public Utilities (DPU) denied requests by the developers of the Commonwealth and Mayflower offshore wind projects to renegotiate power contracts with regional utilities.

Avangrid had asked for one month to re-evaluate the 20-year power purchase agreements (PPAs) for its 1.2 GW Commonwealth offshore wind project, warning rising component costs and interest rates had made it economically unviable. Shell and Ocean Winds, joint owners of the 1.2 GW Mayflower project, filed a similar request.

In its verdict on Commonwealth Wind, the DPU said the utilities did not want to renegotiate their PPAs and that such a negotiation would delay the project by at least several months from its agreed delivery date in 2027. Following the verdict, the developers of Commonwealth and Mayflower dropped their requests.

"Avangrid believes there is a path forward for this project” but plans to continue discussions “with all parties” to find a solution to the “unprecedented economic challenges,” Sy Oytan, Avangrid's Senior Vice President, Offshore Projects, said in a statement sent to Reuters Events.

It is unclear how those talks will proceed if the utilities are unwilling to renegotiate the contracts, industry sources said. In a letter sent on November 13, the Massachusetts government urged Avangrid to ensure progress on Commonwealth wind and to capitalise on state and federal incentives.

The requests to adapt project contracts come as the U.S. is poised to launch a domestic offshore wind supply chain backed by new tax credits for offshore wind in President Biden's Inflation Reduction Act (IRA). The tax credits will fundamentally improve the finances of offshore wind projects but developers will have to wait several months to get clarification on key elements such as additional tax credits for domestic content, squeezing project schedules.

Avangrid said that Commonwealth Wind will benefit from the IRA but it needs more time to analyse these provisions.

Avangrid, a subsidiary of Spanish group Iberdrola, was awarded the PPAs for Commonwealth Wind in December 2021 in a deal that would involve "$4 billion investment and create 11,000 jobs," the developer said.

Since then, the cost of wind turbine materials has hiked and suppliers have started to pass on cost increases. Rising interest rates are posing further financial challenges.

The DPU said that Commonwealth Wind is a “sophisticated market participant” that should have factored in “economic contingencies” before it signed its PPAs.

The DPU noted the company requested the one-month postponement of negotiations in November, several weeks after it told investors in September about plans to delay completion of Commonwealth Wind to 2028 in a bid to secure turbines of capacity 17 MW to 20 MW turbines, apply for additional tax benefits under the IRA, try to secure a favorable exchange rate through hedging, and negotiate a “modest PPA adjustment.”

A one-year delay to Commonwealth Wind would also apply to Avangrid's Park City Wind project in Connecticut waters because the company aims to build these two projects in unison to take advantage of synergies and economies of scale, it said.

Developers rarely try to renegotiate power contracts and one other motivation could be that electricity prices in the U.S. Northeast have risen sharply over the last year, Timothy Fox, Vice President ClearView Energy Partners, an energy consulting firm, told Reuters Events.

“The latest figures suggest that they could be making more per megawatt hour than what they were anticipating when they filed the contract,” Fox said.

Global gas price rises have pushed up energy prices across the U.S. and Europe and renewable energy developers have also increased PPA prices on the back of ongoing inflationary pressures. The average price of U.S. commercial onshore wind PPAs in the third quarter rose by 37.4% on a year ago to $49.66/MWh due to inflation and delivery delays, according to LevelTen Energy’s PPA pricing platform. In June, the U.S. Energy Information Administration (EIA) warned summer 2022 power prices could soar due to high gas prices and a switch away from coal-fired generation.

U.S. offshore wind activity is set to surge in the coming years as federal support programs align with ambitious renewable energy objectives. President Biden has set a target of 30 GW of offshore wind by 2030, a huge task, and the IRA will provide a 30% tax credit for offshore wind projects that begin construction before 2026. Despite the challenges faced by these early developers, industry sources said the overall investment climate for offshore wind in the U.S. is positive and the IRA should help stabilise prices.

“The IRA, which wasn't law when they submitted the contracts, could help counter high interest rates and more expensive materials because it provides stronger and longer-term federal tax credits for offshore wind,” Fox said.