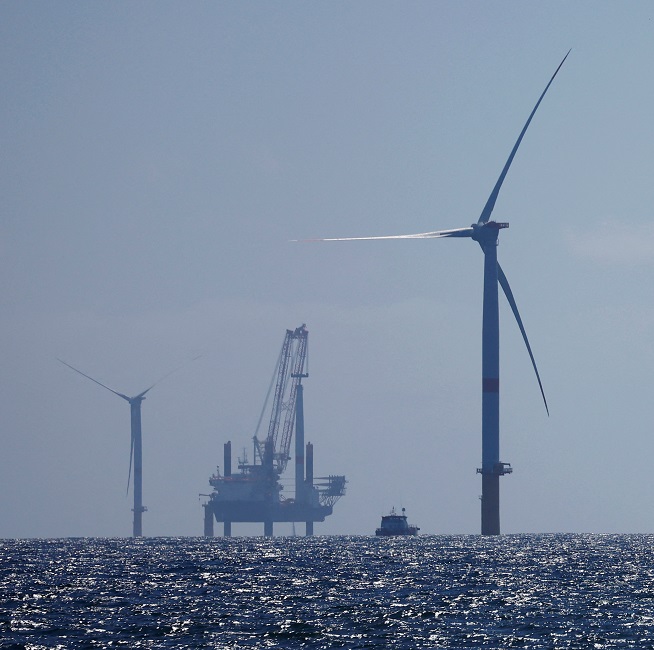 Germany, the Netherlands, Belgium and Denmark plan to build four artificial islands that transmit power and green hydrogen to multiple countries. The partners pledged to install at least 65 GW of offshore wind capacity in the North Sea by 2030 and 150 GW by 2050. The four countries will "take all relevant and appropriate steps to speed up regulatory and permitting processes as much as possible and invite the European Commission [EC] to actively support these efforts," energy ministers said in a joint declaration May 18.

The announcement came as the EC hiked renewable energy targets for the European Union and set out new rules that will accelerate permitting in a bundle of measures aimed at ending the region's reliance on Russian gas and oil.

Offshore wind farms have thus far been developed using individual radial links to shore. Multi-purpose interconnectors (MPIs) and meshed offshore grids would allow power to be sent where it is most needed and reduce transmission costs.

The UK will need to export power to achieve the government's target of 50 GW offshore wind by 2030 and offshore interconnectors could be installed in the North, Irish and Celtic seas, Nicola Medalova, Managing Director of Interconnectors for the UK’s National Grid, told Reuters Events.

National Grid has applied to UK regulator Ofgem to develop a framework for a pilot offshore interconnector within six months and install a fully commercial facility by 2030, Medalova said. The Krieger’s Flak project required a number of technical innovations and advanced controls and received funding from the European Energy Programme for Recovery (EEPR). 50Hertz incorporated a new master controller for electricity flows and this concept could be built on for future projects to further increase efficiency, Quick said.

Completed within budget and operational since June 2021, the project is fulfilling its objectives and shows "the idea works,” Quick said.

Northern countries Norway and Sweden could also partner on offshore wind interconnectors but Norway disappointed developers in February when it said its first offshore wind farms would not be allowed to export power. Equinor, RWE and Norsk Hydro had hoped to develop a project in Norway’s Soerlige Nordsjoe 2 block near the Danish maritime border to supply Norway and continental Europe but the government is yet to set out the terms.

"This is a case that is quite different from the one that we, Norsk Hydro and RWE have been preparing for," the head of Equinor's renewable energy business, Paal Eitrheim, told Reuters in an interview on February 10. If connected to multiple countries, the wind farms could be developed without subsidies, Eitrheim said.

Norway will study the impact of different connection points on the Norwegian power market before deciding on Soerlige Nordsjoe 2, State Secretary in the Norwegian Ministry of Petroleum and Energy Elisabeth Saether told Reuters Events. The decision could be made "by the end of this year," Saether said.

To attract wind developers, offshore transmission must be installed on time and on budget and coordination between multiple countries and stakeholders will be a significant challenge. The harsh environment of the North Sea presents design and build challenges and limits the construction window.

To reduce risks, energy regulators will need to set out clear market frameworks and schedules to harmonise the buildout of new wind farms and transmission.

Regulators must implement mechanisms that reduce revenue risks such as grid curtailment and the EC will need to exempt offshore wind interconnectors from existing interconnector capacity allocation rules, a Vattenfall spokesperson said.

“One solution could be that [grid operators] guarantee a certain export capacity availability to the connected wind farms,” the spokesperson said.

Europe's rush to deploy renewables could distract from offshore grid planning but it could also focus the attention of power authorities.

The rapid synchronisation of the Ukrainian and Moldovan grids with the EU following Russia's invasion of Ukraine showed how European countries can accelerate joint grid projects, Medalova noted.

EU Energy Commissioner Kadri Simson praised the "extraordinary cooperation" of all involved and thanked European transmission operators for doing "a year's work in two weeks to make this happen."