Germany must rapidly adapt its offshore wind auction model and implement a multi-year plan to avoid supply chain bottlenecks towards the end of the decade, project partners said. 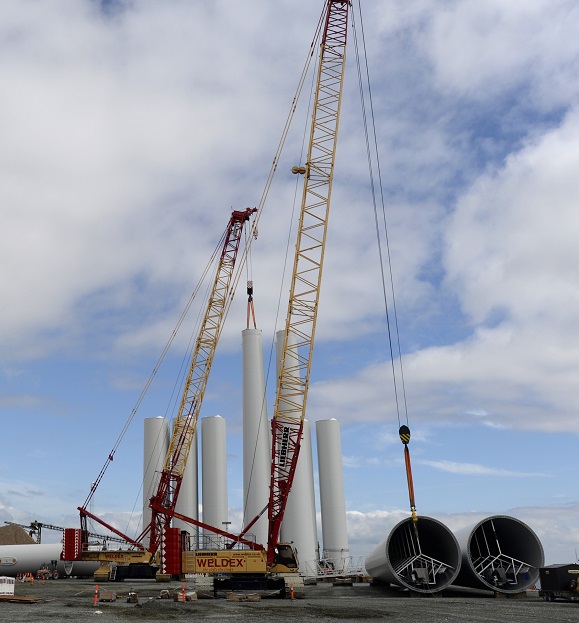 Offshore wind partners want a clearer pipeline of projects in Germany before they invest in new infrastructure. (Image: REUTERS/Fabienne Bimmer)

Germany is accelerating its renewable energy plans under new legislation that will ramp up offshore wind installations alongside onshore wind and solar growth.

Germany's new coalition government plans to open up new sea areas and install 30 GW of offshore wind by 2030, four times the current level and 10 GW higher than the previous target.

By 2035, Germany aims to operate 40 GW of offshore wind and fully decarbonise its power sector under new laws scheduled to be implemented by the summer.

To hit targets, annual tender volumes will need to triple to around 3.5 GW by 2025, according to draft government documents.

Permitting must also be accelerated and industry stakeholders will need to expand supply chain and logistics capabilities, a spokesman for wind and solar developer WPD told Reuters Events.

Suppliers need a smooth and consistent flow of projects and "as it looks now, the largest additions of the new capacity will come at the end of the decade,” Lange said.

"We would welcome it if projects were moved from the end of the decade to an earlier point in time," he said.

“Consistency of awarded capacity to be built is the key trigger for the industry across the entire supply chain," he said.

Investments in ports, infrastructure and installation vessels will be needed “to handle the larger size of machines, towers and blades and also the increased overall volume in the market,” Lange said.

To support Germany's wind industry, the BMWK is considering implementing new qualitative criteria such as those based on project sustainability or innovation, he said.

Any qualitative criteria established in Germany must be "in line" with other markets as fragmented rules could damage the overall competitiveness of Europe’s offshore wind industry, Wawer said.

“Special national rules and administrative barriers for manufacturers must be prevented to help manage costs and maintain the speed of [industry development],” he said.

Stefan Thimm, Managing Director, the Federal Association of Wind Farm Operators Offshore (BWO), warned competitive lease bidding could inflate final project costs and lead to higher energy costs for German consumers. Lease bids will have a greater impact on project economics than in the UK, where wind resources are higher, he argued.

"This is the wrong approach. We need cheaper energy for our industry, otherwise we’re at a competitive disadvantage,” Thimm said.

A rapid expansion of German offshore capacity will require careful spatial planning with its neighbours. In December, the German government signed a declaration with other North Sea states to develop a shared long-term vision for offshore wind power. The European Commission (EC) has set an offshore wind target of 60 GW by 2030, five times the current level. Wind turbine performance can be impacted by nearby arrays and national grid operators must cooperate to optimise distribution and minimise risks for developers.

The project would help Germany meet its carbon reduction targets and allow faster buildout of green hydrogen facilities in the north, the grid operator said.