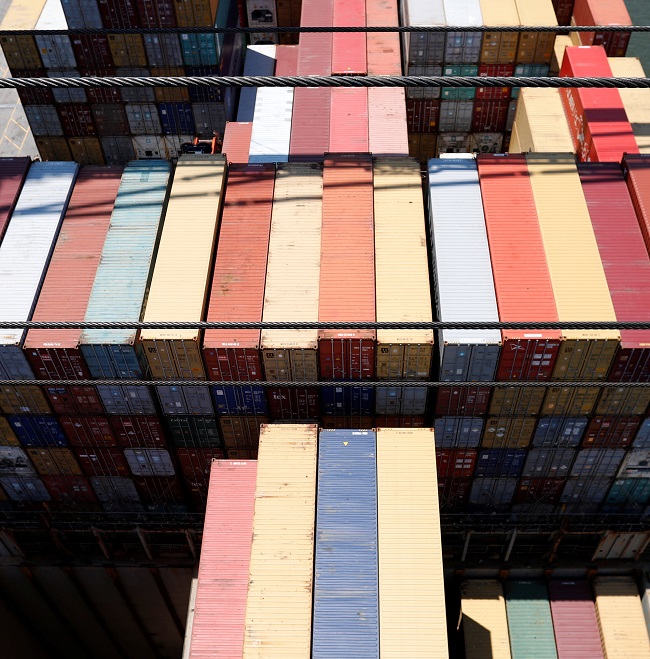 The U.S. Department of Commerce is studying whether anti-dumping duties should apply to most of the panels being installed in the U.S. (Image: Randall Hill/REUTERS)

A new investigation of solar panel tariffs by the U.S. Department of Commerce has prompted companies to cancel purchases, delay projects and in some cases freeze the hiring of staff, the Solar Industry Energy Association (SEIA) said April 19.

The four Southeast Asian countries supply most of the modules installed in the U.S. and the trade probe could result in retroactive tariffs of 50 to 250%. The profit margins of solar companies were already under pressure due to soaring global materials costs and ongoing logistics challenges as economies recover from pandemic slowdowns.

NextEra Energy CEO Jon Ketchum said the trade probe may force his company to delay the construction of some of its solar and storage projects until next year, Reuters reported.

NextEra, the largest renewable energy company in the U.S., expects about 2.1 to 2.8 GW of its solar and storage build to shift from 2022 to 2023 as the solar sector grapples with price uncertainty and scrambles for alternative supplies.

The company expects final solar tariff amounts to remain unknown until the first quarter of 2025, assuming commerce department officials conclude their probe by 2023.

Anti-dumping duties on the bulk of panel imports would represent a serious challenge to President Biden's target of a decarbonised power grid by 2035.

U.S. solar installations must quadruple to around 60 GW/year by the middle of the decade and 70 GW/year in 2031-2035 to meet the President's goal, the Department of Energy (DOE) said in a report in September.

On April 22, the White House ordered the commerce department to integrate climate considerations into its policies, strategic planning, and programs, in a flurry of announcements marking Earth Day.

The U.S. Federal Energy Regulatory Commission (FERC) has opened a consultation on new rules for upgrading electricity grids that will require grid operators to plan ahead and unlock capacity for renewable energy projects.

A lack of transmission capacity, connection delays and excessive upgrade costs are slowing the deployment of renewable energy. President Biden's pledge to decarbonise the power sector by 2035 requires a massive buildout of solar and wind and grid investments are lagging far behind.

Under the FERC's new rules, transmission companies would be required to identify long-term transmission needs that incorporate the shift towards renewable energy and account for high-impact extreme weather events.

The grid operator would need to establish transparent criteria for implementing cost-efficient transmission projects and cost allocation methods would need to be agreed by state entities within the network region, FERC said.

PJM, the largest U.S. grid operator, is already rolling out a new holistic grid planning process that reduces costs and transfers responsibility to power authorities. PJM has seen a surge in solar projects and is preparing for an East Coast offshore wind boom.

“This [FERC] proceeding is a critical next step to encourage the significant transmission system upgrades that we need to bring more renewable energy projects online," the U.S. Solar Energy Industry Association (SEIA) said.

“SEIA will advocate for several important items during this process, including giving more voice to independent power producers and expanding the factors considered during transmission planning to account for all the benefits that clean energy offers," it said.

The U.S. needs to expand transmission systems by 60% by 2030 and the DOE plans to conduct a National Transmission Needs Study this year to identify "high-priority" projects, it said.

The European Commission is assessing whether the European Union could achieve a higher target of 45% of energy from renewable sources by 2030, to accelerate its shift from Russian fossil fuels following the invasion of Ukraine, Reuters reported April 20.

Renewables supplied 22% of energy consumed in the EU in 2020 and last year the EC raised its target from 32% to 40% in a bid to reduce greenhouse gas emissions by at least 55% by 2030 compared with 1990 levels. Studies showed current policies would result in a 34% renewable energy share by 2030, it said.

"We are working on it full speed to take account, first of all the proposal of going from 40% to 45%, but also in the context of higher energy prices," Mechthild Woersdoerfer, deputy director-general of the Commission's energy department, told a meeting of EU lawmakers April 20.

Share of energy consumption from renewables in EU in 2020 Russia supplies around 40% of Europe's gas and the EU has pledged to end Russian supplies by 2027. National governments are accelerating renewable energy plans following Russia's invasion of Ukraine and the EC will publish a plan to quit Russian fossil fuels next month. Woersdoerfer said this would include a legal proposal to make it easier for renewable energy projects to get permits.

Permitting delays are curbing renewable energy growth and several national governments are already adapting their procedures in a bid to speed up deployment.

A 45% renewable energy target would increase solar employment in the EU to around 1.1 million jobs, versus 742,000 under a 40% target, according to industry group SolarPower Europe.