The European Union is hiking its solar power targets due to geopolitical dangers and larger factories are needed to reduce its dependence on Asian imports, industry experts told Reuters Events. 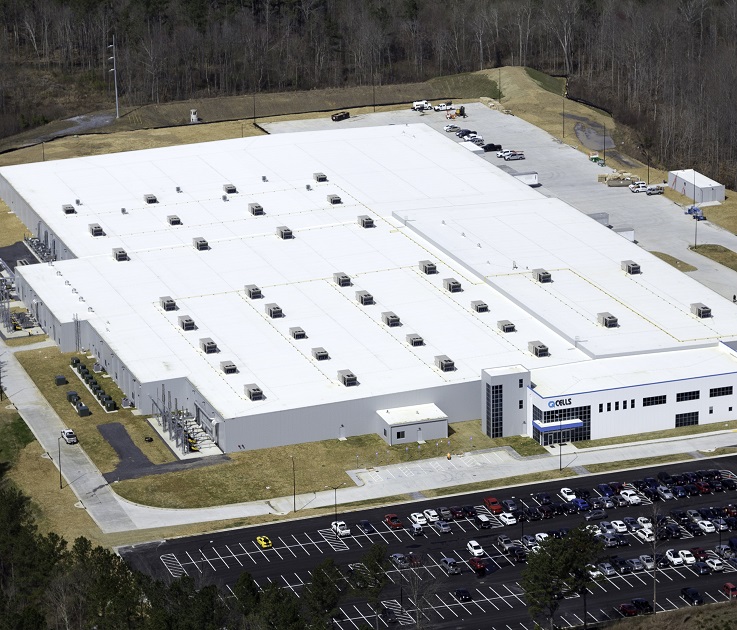 The European Union's pledge to ramp up solar installations to help wean itself off Russian gas has increased the pressure on member states to expand manufacturing capacity.

The EU had already raised its renewable energy target to 40% of generation by 2030 and a lack of investment in European solar manufacturing has made it hugely dependent on Chinese and Asian imports.

Solar manufacturers could soon gain more support to construct new facilities under new measures set to be unveiled by the European Commission (EC) in the coming months.

"We need to bring manufacturing back to Europe, and the Commission is willing to do whatever it takes to make it happen," Kadri Simson, the EU's energy commissioner said on March 31.

The EU installed a record 26 GW of solar capacity in 2021 and installations will have to accelerate significantly to reach the EU's goals. The region hosts just 8 GW of module manufacturing capacity and this is currently set to rise by just a few gigawatts over the next few years, far short of the increase required to reduce its dependency on Asian imports. Global PV manufacturing capacity was around 300 GW in 2021 and is expected to surpass 400 GW in 2023.

"Almost 75% of the PV hardware needed for the roll out of PV installations in Europe comes from China,” Johan Lindahl, the Secretary General of the European Solar Manufacturing Council (ESMC), told Reuters Events. China is accelerating its solar installations and may require much of its domestic manufacturing capacity for large projects planned in its desert regions, Guillaume Decaen, Development Director at French company Neoen, warned.

China plans to build 450 GW of solar and wind capacity in the Gobi and other desert regions as it looks to double renewable energy capacity to 1,200 GW by 2030, Reuters reported March 5, citing comments from He Lifeng, director of the National Development and Reform Commission (NDRC). China is already building around 100 GW of solar in desert areas, it said.

In January, a group of European developers called on the EC to do more to accelerate manufacturing capacity to reduce exposure to global price risks. Transportation alone currently represents around 20% of PV module prices in Europe and this cost has a "huge impact on the feasibility of the PV project," Decaen noted.

ESMC wants Europe to achieve 60 GW of manufacturing capacity by 2026 which it says would allow 75% of European PV installations to be manufactured in Europe and two thirds of manufacturing output exported outside Europe.

Current manufacturing projects in Europe include Enel’s expansion of its 3Sun factory in Italy from 200 MW to 3 GW by 2024. The factory will become Europe’s largest bifacial module facility and the 600 million euro ($657 million) expansion project will receive 118 million euros from the EU's Innovation Fund. In Germany, several suppliers are expanding module manufacturing capacity by a few hundred megawatts and French start-up Carbon is reportedly seeking finance for a 5 GW facility in France that could be expanded to 15 GW by the end of the decade.

The jobs created by a growing and sustainable solar sector are a crucial incentive for EU policy.

Solar industry employment in the EU will double to 742,000 by 2030 if the region meets its renewable energy goals, SolarPower Europe said in its latest annual jobs report.

EU manufacturers are also dependent on imported raw materials such as silicon. Global silicon prices have soared on rising demand from the solar industry and much of the increase has been absorbed by manufacturers of solar wafers, cells and modules.

The global impact of the conflict illustrates “how dangerous it can be to rely on a large volume of imports from a single country, particularly one that isn’t democratic,” Lindahl said.

European developers are "ready" to accelerate deployment but global supply chain disturbances such as the recent hike in polysilicon costs could slow growth and prevent Europe from achieving its carbon reduction goals, developers warned the EC in January.

"Allowing access to a diversified supply of components in the medium term is necessary to ensure a healthy competition among manufacturers, sustain a continuous innovation cycle, improve the sustainability of the supply chain and strengthen the resilience of the industry in case of future shocks," the companies said.

Fierce competition from China and other low–cost countries has made it challenging to attract investments in new European manufacturing facilities, Lindahl said.

Much larger factories will need to be built to compete with Chinese facilities, Decaen noted.

"Factory capacity should be a minimum of 15 GW per year,” he said.

Some of the gaps in Europe's supply chain will be harder to fill than others. Factories for ingots and wafer production are more complex to establish than PV module facilities, Decaen warned.

To minimise costs, solar ingots, wafer, cells, and modules should all be manufactured at the same location in a vertically integrated facility, minimizing transport costs and potential damage to equipment, he said.

European manufacturers will need access to competitive capital financing of equity, debt, loans and credit guarantees, according to EMSC.

The EU should offer resources from its Recovery and Resilience Facility, Just Transition Fund, Important Projects European Interest (IPCEI) alongside other support measures to secure long-term supply along the entire PV value chain, it said.

"A chance still exists, however, for Europe to play a role in this big future market. Now is the right time to invest in PV manufacturing in Europe," it said.