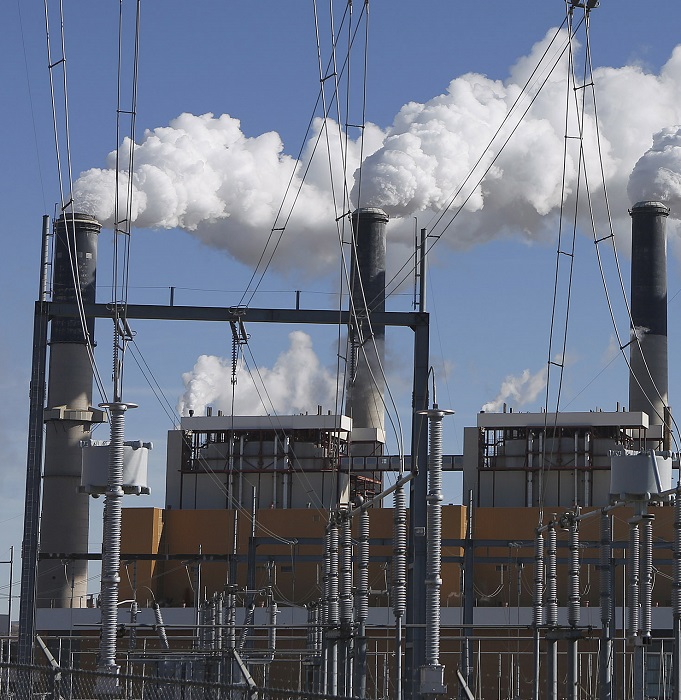 President Joe Biden vowed to take executive action to reduce climate emissions after Democratic Senator Joe Manchin withdrew crucial support for climate legislation Democrats had hoped to pass before the summer recess. Manchin's support was critical for passage of the legislation in the evenly divided Senate as it lacked any Republican backing.

"If the Senate will not move to tackle the climate crisis and strengthen our domestic clean energy industry, I will take strong executive action to meet this moment," Biden said in a statement July 15. "My actions will create jobs, improve our energy security, bolster domestic manufacturing and supply chains, protect us from oil and gas price hikes in the future, and address climate change."

U.S. to fund solar factories that reduce reliance on China

The Biden administration is to provide $56 million in funding to solar manufacturing projects that help the U.S. reduce its dependence on Chinese silicon-based products.

The U.S. Department of Energy (DOE) will provide $27 million to expand domestic manufacturing of thin film PV modules made from cadmium telluride that are already made by U.S. supplier First Solar and are the second-most common PV technology behind silicon, the Department said July 14.

U.S. solar developers import most of their panels from low-cost Asian countries and supply chain constraints and strong global demand for solar has raised prices and curbed growth. The Biden administration aims to triple domestic solar manufacturing capacity to 22.5 GW by 2024 and has exempted panels from Asia from tariffs while domestic manufacturing is scaled up.

The DOE will also provide $29 million to R&D projects that increase the reuse and recycling of solar panels as well as new technologies that reduce manufacturing costs, including modules made from perovskite materials, it said.

U.S. solar installations must quadruple to around 60 GW/year by the middle of the decade and 70 GW/year in 2031-2035 to meet President Biden's goal of a decarbonised power sector by 2035, the DOE said in a report in September.

The U.S. has lifted tariffs on Canadian solar products after a North American dispute panel found they were unjustified in a ruling in February.

Imposed by President Trump in 2018, the Section 201 import tariffs aim to protect U.S. manufacturers of crystalline silicon photovoltaic cells from cheaper Chinese imports but did not exempt Canada or Mexico. The tariffs started at 30% and have fallen each year to 15% in 2022. The Biden administration extended the tariffs for a further four years but exempted bifacial panels that are used on the majority of utility-scale solar projects.

Canada and Mexico currently account for just 0.4% and 1% of U.S. panel imports and in February a U.S.-Mexico-Canada Agreement (USMCA) dispute panel found the tariffs were unjustified.

U.S. and Canada have agreed to remove the tariffs on solar products from Canada while also ensuring that they do not undermine wider U.S. safeguard measures, trade representatives said July 7. The U.S. is on track to triple domestic solar manufacturing capacity to around 22.5 GW by 2024, the White House said last month.

“Reaching this settlement with Canada will promote greater deployment of solar energy in the United States using products from one of our closest allies, and foster a more resilient North American supply chain," U.S. Ambassador Katherine Tai said.

The Biden administration has also waived anti-dumping duties on solar panels from the four largest supplier countries in Southeast Asia for two years in an attempt to ease price uncertainty that has delayed projects and curbed investments.

In March, the U.S. commerce department launched an investigation into panels imported from Malaysia, Thailand, Vietnam and Cambodia after U.S. manufacturer Auxin claimed Chinese manufacturers shifted production to these countries to avoid paying U.S. anti-dumping duties on imports from China.

Wind power purchase agreements (PPAs) climbed by 14% last quarter to 72.71 euros/MWh and are 52% higher than the same time last year.

“In Spain, an abundance of competition and high levels of [solar] irradiance make for good opportunities for buyers," Flemming Sorensen, VP Europe at LevelTen Energy, said. Rapid solar growth in Spain could erode power prices for developers, he warned.

Solar PPA prices in the Midcontinent Independent System Operator (MISO) market in Central U.S. jumped by 15.7% last quarter to $45.8/MWh, some 29.6% higher than a year ago, while prices also climbed significantly in California, LevelTen said.