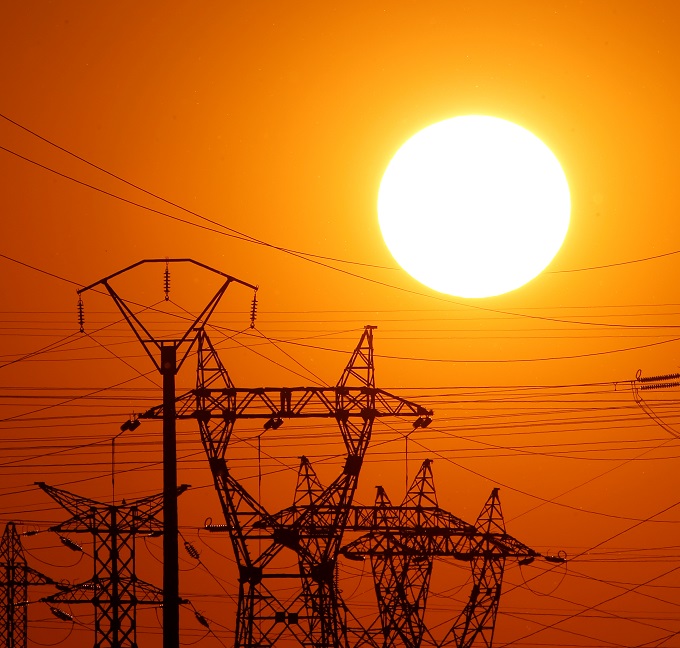 The generation reserve would be backed by $5.2 billion of state funding and comes after officials warned California could suffer a power shortfall of 1.7 GW during extreme heatwave conditions this summer due to delays to renewable energy projects and the impact of droughts on hydroelectric supplies. The shortfall could rise to 5 GW under extreme summer heat waves that ramp up energy demand while curbing supply, officials said.

California was an early mover in solar deployment but power demand typically peaks in the evening when solar resources wane, increasing the importance of dispatchable generation assets. Newsom's generation reserve could include new energy storage projects and diesel and gas-fired capacity that was scheduled to retire. California aims to achieve 50% renewable power by 2025, up from 33% in 2020, but it has not been able to match rising peak power demand in summer heatwaves with new battery storage capacity. The California ISO (CAISO) network will have 3.1 GW of storage capacity online by June and this is expected to double by the end of 2024.

Almost all new solar projects in California include storage but a large volume remain stuck in grid interconnection processes and many projects have been delayed due to supply chain challenges following the pandemic and market uncertainty over federal import tariffs, industry experts told Reuters Events.

The project delays, mirrored across much of the U.S., could see Californian operators extend the lifespan of fossil fuel plants, setting the state back in its quest to supply 100% of power from renewable sources by 2045.

“The delays we’re seeing today are the result of past decisions that did not proactively identify, approve, and invest enough in our transmission system,” a spokesperson for developer Clearway Energy said.

U.S. solar and wind developers have been hampered by growing interconnection queues as network operators and state authorities struggle to process a surging number of applications.

According to Berkeley Lab, solar projects in the CAISO network take on average 2.5 to 3 years to move from interconnection requests to connection agreement, fairly close to the median duration across all U.S. markets.

CAISO declined to comment on its resourcing plans but PJM, the largest U.S. grid operator, has launched a hiring initiative and has halted all new project applications to reduce a backlog in its network. The Biden administration has also called on federal government agencies to expand permitting teams in a string of policy measures aimed at accelerating critical infrastructure projects. Some industry observers are calling for greater automation of initial study processes, Rand said.

PG&E has contracts for 3,330 MW of battery storage in California by the end of 2024 and 955.5 MW has been connected to date. The group's operational storage capacity includes the 400 MW Vistra Moss Landing plant and the 200 MW Diablo plant in Contra Costa County.

The CPUC and CAISO need to improve the planning process and identify the required volume of renewable energy and storage capacity that must come online in the coming decades, the Clearway spokesperson said.

Across the U.S., solar and wind developers are calling for upfront transmission investments to allow swifter grid approval processes. PJM is rolling out a new holistic grid planning process that transfers responsibility to state power authorities and reduces the burden on individual project applications and the Federal Energy Regulatory Commission (FERC) is proposing new rules that will require grid operators to plan ahead and unlock capacity for renewable energy projects. The Department of Energy (DOE) has also launched $20 billion of federal financing tools and planning authority changes for grid upgrades.

California could turn to neighbouring markets to boost its renewable energy capacity but transmission bottlenecks must be resolved, Cindy Tindell, Managing Director and Head of U.S. at developer Matrix Renewables, said.

For example, there is around 24 GW of solar plus storage projects in Arizona's interconnection queue, double the peak power load in the state, according to Berkeley Lab figures.

“We suspect that developers are seeking to site projects in Arizona and sell power to California,” Rand said.