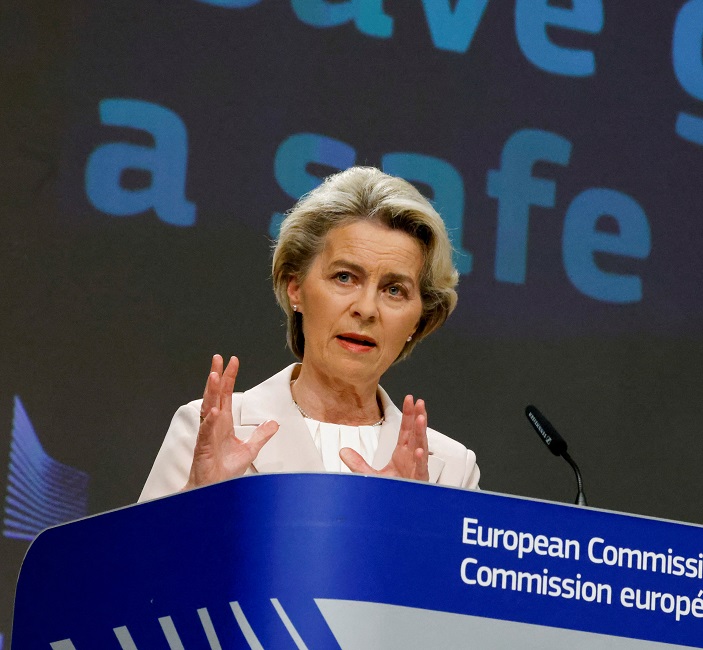 The EU is planning short and long-term interventions in power markets to limit the impact of soaring prices on households and businesses. (Image: Yves Herman/REUTERS)

Gas is often the marginal fuel in electricity markets, steering prices. The benchmark German annual power contract soared to over 1,000 euros/MWh ($1169/MWh) for the first time on August 29 as weather and maintenance-related shortages combined with bullish gas prices following Russia's invasion of Ukraine. Russia said it would halt natural gas supplies to Europe for three days from August 31 for unscheduled maintenance to the Nord Stream pipeline. Russia supplies around 40% of Europe's gas and the EU plans to cut Russian supplies by two thirds by the end of the year and end supplies by 2027. The EU is yet to reveal details of the emergency intervention, including the duration of the measure. Energy ministers will consider the EU's proposals at emergency talks on September 9.

Support for energy price caps from EU members has been growing as the cost of consumer protection measures implemented by national governments continues to rise.  EU countries have spent 280 billion euros in the last year to shield consumers from energy costs, according to the think-tank Bruegel.

"The skyrocketing electricity prices are now exposing the limitations of our current market design...It was developed for different circumstances," von der Leyen said.

The U.S. Commerce Department has delayed its preliminary decision on anti-dumping and countervailing duties on solar manufacturers in Southeast Asia by three months until November 28 to allow more time to conduct its investigation.

The delay follows a request by U.S. manufacturer Auxin Solar, the company that instigated the investigation, to allow more time to complete the enquiries, the commerce department said in a statement August 22.

The commerce department launched the investigation into panels imported from Malaysia, Thailand, Vietnam and Cambodia in March, after U.S. manufacturer Auxin claimed Chinese manufacturers shifted production to these countries to avoid paying U.S. anti-dumping duties on imports from China. The four Southeast Asian countries supply most of the modules installed in the U.S. and the trade probe could theoretically result in retroactive tariffs of 50 to 250%.

The investigation prompted huge market uncertainty, delaying projects and curbing investments, and led to President joe Biden waving the duties on the four countries for two years to ease the concerns of developers.

Biden used a Declaration of Emergency to waive the tariffs, saying panel imports had fallen sharply and solar developers faced an "acute shortage" of modules and components.

Biden also authorised the use of the Defence Production Act to accelerate the construction of new solar manufacturing facilities and triple domestic capacity to around 22.5 GW by 2024.

The tariff exemption for panels from Asia would act as a "24-month bridge" while domestic manufacturing is scaled up, the White House said.

President Joe Biden on August 16 signed into law $370 billion of clean energy measures in a transformational bill that could put the country back on track towards the president's climate goals.

The Inflation Reduction Act includes sweeping measures to accelerate solar, wind and energy storage and was agreed by the Senate on August 7 and the House of Representatives on August 12. Solar and wind installations must rapidly accelerate to achieve Biden's goal of a decarbonised power sector by 2035, the Department of Energy (DOE) said in a report last year.

The Act extends tax credits for solar and wind for the next ten years and allows stand-alone storage projects to qualify for the first time. The bill also includes tax credits for the manufacturing of solar and wind components. The White House said the U.S. is on track to triple solar manufacturing capacity to 22.5 GW by 2024 and the Solar Energy Industry Association (SEIA) has set target of 50 GW by 2030.

The measures could hike annual utility-scale solar installations to 49 GW by 2025, five times higher than in 2020, and growth rates would continue to increase thereafter, Princeton University said in a special report. Wind installations could rise almost threefold to 39 GW/year by 2025, it said.

The full effect of the new incentives will not manifest in solar installations until around 2024, due to lingering uncertainty following the U.S. commerce department's import tariff investigation, a ban on polysilicon from the Chinese province of Xinjiang and grid connection queues, consultancy Rystad Energy warned.

Last month, Democrat Senator Joe Manchin agreed to support the Inflation Reduction Act following months of deadlock with the Biden administration. Manchin is Senator for coal-reliant West Virginia and his support was critical for passage of the legislation in the evenly divided Senate as it lacked any Republican backing.

The bill would reduce U.S. carbon emissions by roughly 40% by 2030, Senate Majority Leader Chuck Schumer said. Biden aims to cut emissions by at least 50% by 2030.