From zero to hero: How Japan Inc came from behind to lead on climate risk reporting

When it comes to reporting exposure to climate risk, Japan has emerged as a surprise leader, with more than 200 companies supporting the Task Force on Climate-related Financial Disclosures at last count.

The list of adoptees forms a Who’s Who of industry leaders, including Toyota, Mazda, NTT Docomo, Sony, Mitsubishi UFJ Financial Group, and Tokio Marine Insurance. By contrast, only 107 US companies and 109 UK firms have adopted the measures, while adoptees in China, the world’s largest greenhouse gas emitter, number only six.

But TCFD adoption is only one example of Japan’s emerging climate leadership, both at a corporate and government level.

We are committed to realising a decarbonised society, and we are ready to contribute as a more powerful country in the fight against climate change

As Paul Simpson, CEO of CDP, recently tweeted after meeting the country’s new environment minister, Shinjiro Koizumi, 366 of Japan’s 500 largest companies disclose their environmental impact through CDP, 81 have committed to Science Based Targets, while 28 Japanese companies are members of RE100, committed to sourcing 100% renewable energy.

In September, Koizumi, who travelled to New York for the UN General Assembly, said he wanted Japan to do more on climate, and invoked his country's role in forging the 1997 Kyoto Protocol.

"We haven't taken the strong action and powerful leadership since then, but from now on, from today, we want to do more," Koizumi was quoted as saying.

"We are committed to realising a decarbonised society, and we are ready to contribute as a more powerful country in the fight against climate change." 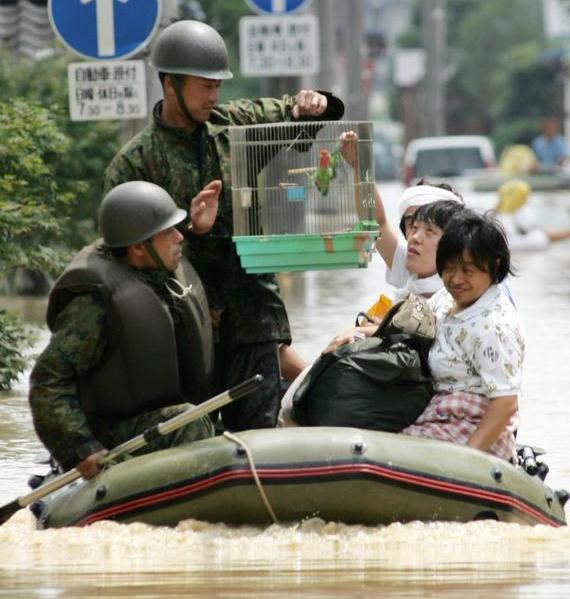 Asia is seeing more frequent and intense typhoons and flooding as a result of climate change. (Credit: Issei Kato/Reuters)

In an interview with Ethical Corporation, Michael Zimonyi, policy and external affairs director at the Climate Disclosure Standards Board, said: “Japan has gone from zero to hero.”

He said the TCFD standards had enjoyed a warm welcome this year from Japan’s powerful Ministry of Economy, Trade and Industry (METI), and the TCFD Consortium of Japan, founded by five influential leaders of Japanese industry in the run up to an international TCFD summit, which was held in October in Tokyo.

The number of supporter companies began to rise from March, says Zimonyi, “after an event organised by JPX [the Japan Exchange Group] on the TCFD in February, where Japan vowed to get to the top of the TCFD supporters list.”

GPIF is one of the world’s largest pension funds, with about $3tn under management. It looks at investments with a 100-year time horizon, and is so big that it owns a small amount of most of the publicly traded companies in the market through its outside asset managers.

GPIF is pushing the adoption of ESG standards, including TCFD.

In a recent Harvard Business School case study entitled "Should a Pension Fund Try to Change the World?", Mizuno was quoted as saying that the only way to meet his responsibilities to his beneficiaries was to improve corporate governance, increase inclusion and gender diversity, and reduce environmental damage from climate change.

He stressed the importance of non-financial disclosures, because traditional disclosures leave material climate issues out. 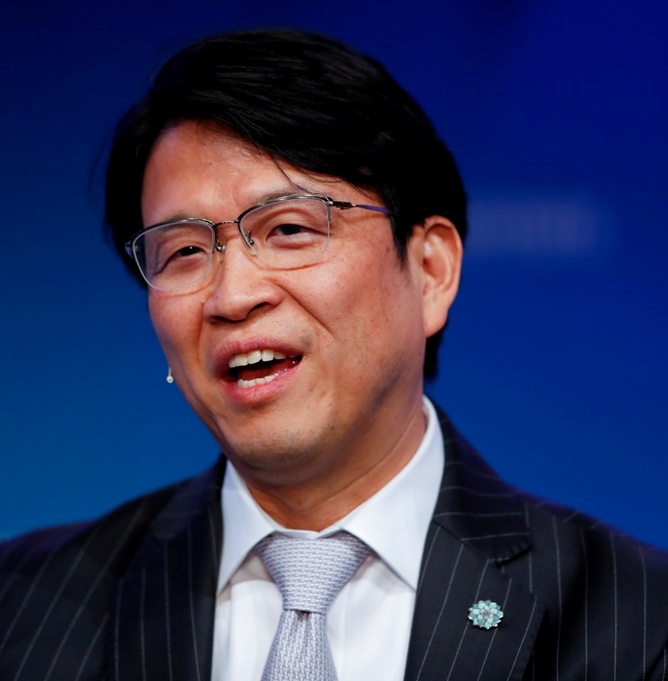 Hiromichi Mizuno, head of Japan’s GPIF, has pushed for the adoption of TCFD. (Credit: Mike Blake/Reuters)

GPIF recently filed its own TCFD disclosure, detailing its portfolio’s carbon footprint metrics, fossil fuel and stranded assets exposure, and the alignment of its power sector exposure with a 2C warming scenario.

Hitachi’s chairman, Hiroaki Nakanishi, has also long spoken out forcefully on climate issues. Hitachi was one of the five founding members of Japan’s TCFD consortium and Nakanishi is chairman of the Keidanren (Japan Business Federation), the country’s most powerful business group.

But even TCFD advocates admit to difficulties in implementing disclosure. Osamu Naito, general manager, government and external relations for Hitachi, said in a phone interview that one of the biggest challenges in putting the filing together was gathering data across a company so large. Hitachi’s fiscal 2018-19 sales totalled $88bn, ranging from IT and telecom systems to automotive.

Hitachi added TCFD disclosures to its integrated report in 2018, and its 2019 sustainability report is based on TCFD reporting guidelines. In its filing, Hitachi measures the impact of climate change on its business under two global warming scenarios: in which the global mean temperature rises 2C and 4C from pre-industrial levels, and details how those findings inform business strategy in robust detail in its CDP report.

Hitachi is aiming to develop its social innovation businesses, which include products that contribute to smart cities

Naito welcomes TCFD reporting as “an opportunity to promote a long-term perspective on business opportunities and risks.” Hitachi is aiming to “further merging sustainability and business” through developing its social innovation businesses, which include products that contribute to smart cities, like energy-efficient power infrastructure, its Lumada technology platform, and systems for water purification.

Ethical Corporation also spoke to TCFD supporters elsewhere in Asia, including Taiwan Semiconductor Manufacturing Co (TSMC), the world’s largest contract chip-maker. The company, which has sales of $33.8bn and is a key player in 5G, signed up to TCFD this year.

Chip-making is a water- and energy-intensive business and TSMC’s electricity needs alone have the potential to butt up against the limits of Taiwan’s national electric capacity. 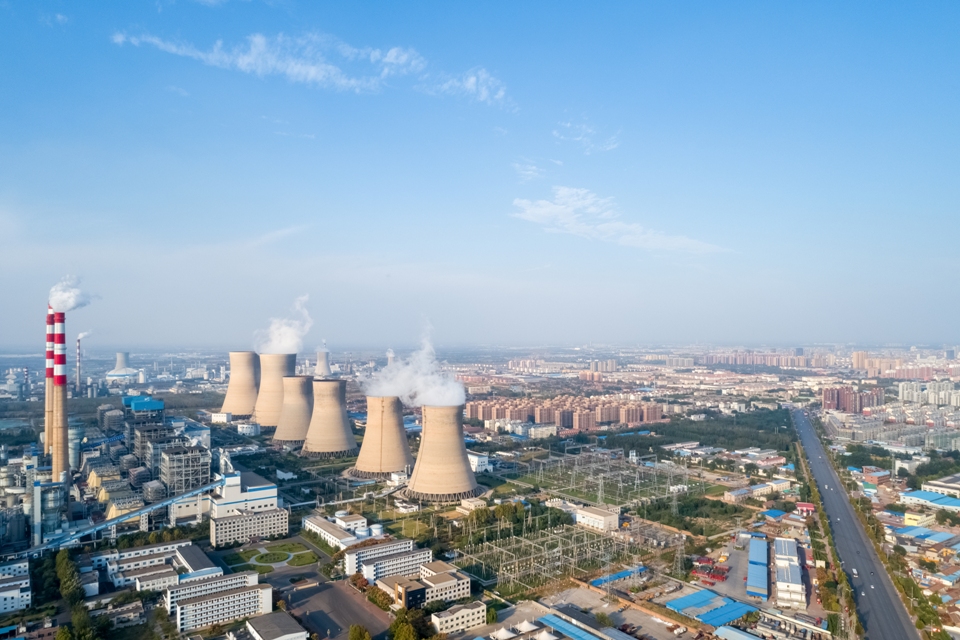 Although the company has a well-deserved record in using water- and energy-saving technologies, its electricity consumption rose 66% from 2014 to 2018, and analysts estimate that the rollout of new 5G chips could cause TSMC’s electricity needs to rise further, to account for 7% of the country’s total consumption.

And in its CDP climate change filing for 2018, TSMC called attention to the fact that due to Taiwan’s tight reserve margins (the wiggle room they have to accommodate spikes in power use during heatwaves, for example) it was likely that a power supply interruption may occur at least annually, hitting its revenues.

TSMC’s report to CDP said it will enlarge the capacity of emergency diesel power generation to minimise recovery time in a blackout, something that will presumably increase rather than decrease climate risk.

In an email to Ethical Corporation, Larry Sun, programme manager, corporate environment, safety and health, said the company was planning to revise its CDP submission, having been assured by the Taiwanese government that “even under very aggressive assumptions for power demand” there will be enough power to run TSMC.

He highlighted TSMC’s strong work in the area of manufacturing innovation, including using artificial intelligence to increase the energy efficiency of its chilled water systems.

And the company has a target to increase its renewable energy use by 20% by 2025, in line with Taiwan’s national plan. But this seems largely to be from buying green electricity credits rather than investing in new renewables projects.

In Hong Kong, Ethical Corporation spoke by phone with Janice Lao, director of corporate responsibility and sustainability at Hongkong and Shanghai Hotels (HSH), and a member of Ethical Corporation’s advisory board. The group owns ultra-luxury Peninsula Hotels and other properties in cities across Asia, Europe and the US. 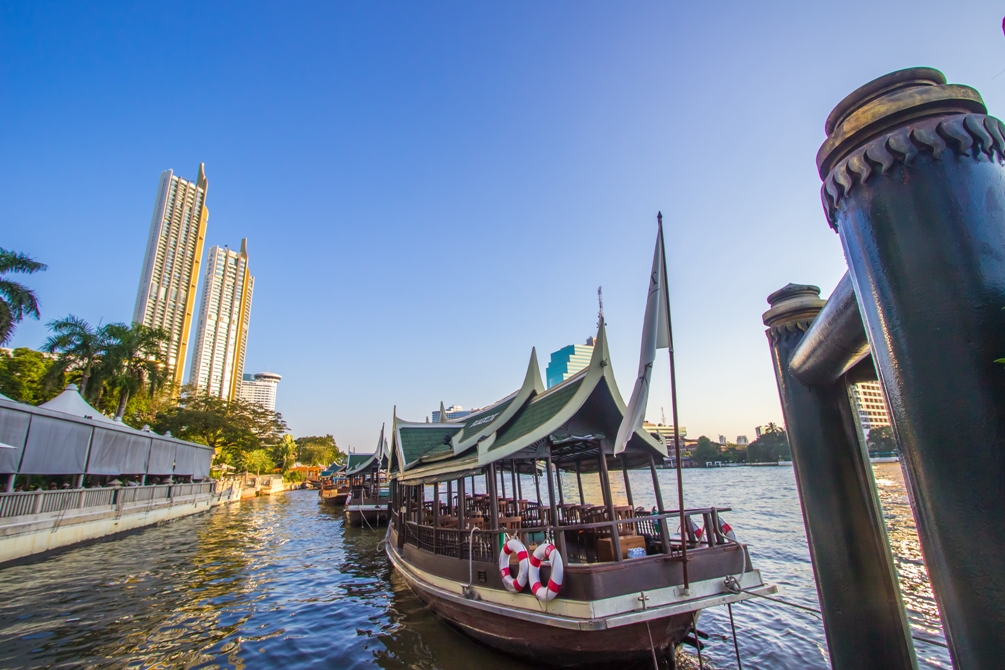 Lao holds an MSc in environmental change and management from the University of Oxford. Because of her science background, she is in a better position than most to respond to TCFD’s call for the use of climate scenario analysis to help identify risks and opportunities for HSH.

Lao points out that peer-reviewed CO2 emissions trajectories and atmospheric concentrations up to 2100 – known as representative concentration pathways, or RCPs – are available free on the internet, so she used different city-level global warming scenarios to assess how the company’s properties will be affected by climate change as prescribed by the standards.

The biggest challenge, she said, was summarising and analysing the data. It took a few weeks to distil it before the findings could be presented to management.

Each city is different, but what they share are certain outcomes that will worsen if we don’t decarbonise

Lao described how her work, which she emphasised as ongoing, fed into strategic planning to adjust for projected flooding in Bangkok, where the Peninsula Hotel’s location on the banks of the Chao Phraya river makes it vulnerable to flooding.

Each city is different, Lao said, but what they share are “certain outcomes that will worsen if we don’t decarbonise.”

For Asia, a region that is seeing more frequent and intense typhoons and flooding as a result of climate change, climate-risk reporting is no paper exercise, but increasingly a material issue.

Jill Baker is adjunct fellow at the Hong Kong-based Asia Business Council and is research adviser at Terra Alpha Investments.

This article is part of our Climate Risk briefing. See also:

Property sector slow to wake up to climate risk

If you want to be a climate leader, you can’t ignore the TCFDs