What will SEC’s climate disclosure rules mean for U.S. companies?

After four years of climate skepticism in the White House, the election of Joe Biden returned the United States to the climate mainstream. The change in attitude is having momentous impacts, ranging from stronger fuel economy standards to tighter regulations on methane emissions, all in a bid to cut U.S. emissions by at least half by 2030.

A major central plank of the administration’s climate action is a proposal by the Securities and Exchange Commission (SEC) that listed companies will have to disclose their climate risks.

Initially, the SEC signalled that the proposed rule would be out in late 2021, but due to challenges in drafting it, the SEC is now not expected to act until the middle of the year. Activist investors want the SEC to require companies to disclose not only their own greenhouse gas emissions but those generated by their suppliers and other partners. Corporate groups, meanwhile, are pushing for a narrower rule that will make it less expensive to gather and report emissions data. read more

So what could the new climate disclosure rules entail, and how should companies prepare?

Proponents of climate disclosure say it enables companies to gain competitive advantage, identify and guard against reputational risk and get ahead of regulatory and policy changes. It also can help them identify new markets for climate-friendly products or solutions.

You can’t manage what you can’t measure, in restaurants, heavy manufacturing or autos

“Disclosure is fundamental,” said Steven Rothstein, managing director of the accelerator for sustainable capital markets at sustainable investment not-for-profit Ceres. “If investors, employees, regulators and other stakeholders understand what a company’s emissions and impacts are, they will be able to compare companies. You can’t manage what you can’t measure, in restaurants, heavy manufacturing or autos.”

France introduced mandatory disclosure in 2016, he added. By 2020, in the relevant sectors, investments in fossil fuels had fallen by 40%. “This will have trillions of dollars of impact for the whole economy, including many foreign companies that report to the SEC.”

Since the creation of the Taskforce for Climate-related Financial Disclosures (TCFD) by former Bank of England governor Mark Carney and former Mayor of New York Michael Bloomberg, there has been growing momentum for companies to disclose their carbon emissions and climate risks voluntarily, through organisations such as CDP and SASB (the Sustainability Accounting Standards Board), which is now part of the Value Reporting Foundation (VRF). 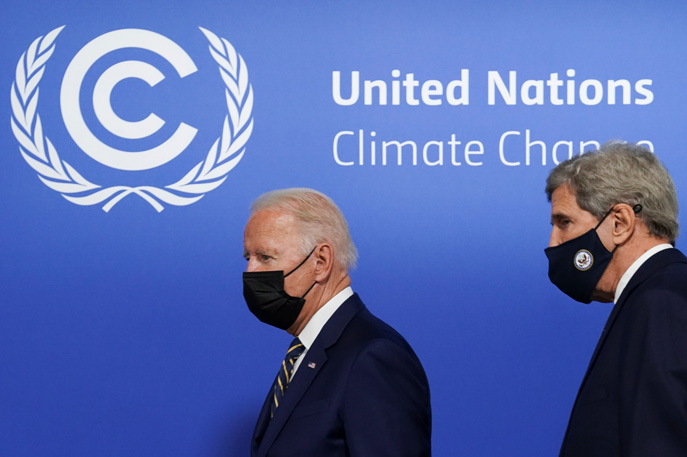 Nearly 600 investors with above $110 trillion in assets under management and more than 200 companies requested environmental data from companies through CDP last year, while more than half of the companies in the S&P Global 1200 index use SASB standards in their external communications to investors.

And while early disclosure requests focused on companies’ direct emissions from their operations (Scope 1) and indirect emissions from companies providing its power and fuel (Scope 2), there are growing calls for information about the emissions produced by corporations’ supply chains, and also through the use of their products by customers, known as Scope 3, which can make up 70% or 80% of a company’s carbon footprint.

The emergence, and astonishingly rapid adoption, of net-zero targets by companies, countries, states and other organisations has increased that pressure.
In 2021, the SEC launched a consultation on climate-related financial disclosure, which received thousands of comments, broadly supporting mandatory disclosure and using the existing TCFD recommendations as a basis.

The SEC had introduced climate disclosure guidance back in 2010, but the impact was limited. SEC Commissioner Allison Lee said for a long time “so-called impact or socially responsible investing was perceived or characterised as … unconnected to financial or investment fundamentals, or even at odds with maximising portfolio performance”.

But now climate and ESG (environmental, social and corporate governance) considerations are front and centre, she said.  “We understand these issues are key to investors – and therefore key to our core mission. The most fundamental role that the SEC must play with respect to climate and ESG is the provision of information – helping to ensure material information gets into the markets in a timely manner. Investors are demanding more and better information on climate and ESG, and that demand is not being met by the current voluntary framework.”

The SEC’s move is not happening in isolation – the European Union, Switzerland, New Zealand, the UK, France and the Stock Exchange of Hong Kong are among the nations and bodies that have made climate-related disclosures mandatory, with Australia likely to join the United States in doing so in 2022.

Last year, G7 countries backed plans to force banks and companies to disclose their exposure to climate-related risks, a measure that they said was vital to safeguard the financial system from climate change shocks.

"We support moving towards mandatory climate-related financial disclosures that provide consistent and decision-useful information for market participants,” the group said. “This will help mobilise the trillions of dollars of private sector finance needed and reinforce government policy to meet our net-zero commitments.” 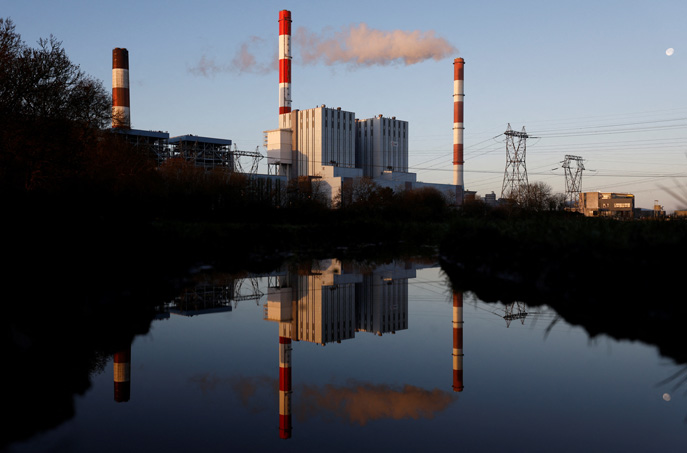 The United States is very aware of the international context, Rothstein of Ceres said. “It is important to be aligned as much as possible and other countries were ahead of the U.S. I hope that the SEC is encouraged by the support from companies and actions on disclosure going on around the world and that it will continue to be bold on this agenda. I’m encouraged that they’re looking at the claims around green funds.”

The investment world is strongly behind the SEC move, he added. “Investors representing more than $50 trillion of assets signed a letter to the G20 calling for mandatory disclosure. Investors have made their own net-zero commitments and they can only achieve them if the companies they invest in disclose and are able to move forward.”

Salesforce said: “We are in a climate emergency, and the world needs bold action today in order to limit global temperature rise to 1.5°C, in line with the Paris Agreement. … In order for employees, communities, investors, customers, suppliers and all of a business’s stakeholders to take informed action surrounding these risks and opportunities, there must be consistent, comparable and reliable information on climate change.”

Uber’s deputy-general counsel Keir Gumbs said that mandatory reporting could lead to a “seismic shift” in how companies report on climate. Walmart, the world’s biggest retailer, also confirmed its support for stronger rules after meeting the SEC to discuss the rules.

However, support for a robust approach is far from universal. In a survey by the U.S. Chamber of Commerce, 89% of companies surveyed thought that the rules should vary according to a company’s market capitalisation, 84% thought the rules should be tailored to different sectors, while almost three-quarters wanted the rules to be phased in gradually.

“While the importance of disclosure in the public markets cannot be overstated, the lack of similar information in the private markets poses its own obstacles,” warns Caroline Crenshaw, another SEC commissioner. “There is no doubt that America’s public markets are the deepest, most liquid, and most dynamic in the world. That being said, private markets are a reality of our financial system and one into which the SEC has significantly less visibility. It is critical to consider the growing expansion of the private markets and where the capital that fuels those markets originates.”

This article is part of the March 2022 issue of Sustainable Business Review. See also:

From philanthropy to radical new business models in Latin America