THE UK has 35% of Europe’s wave energy generation potential, leading the way in the wave energy market, according to a report published this week.

The Marine Power Systems’ Making Wave Power Work report states that Europe could exploit an annual market worth more than £46bn to provide 10% of Europe’s energy from marine renewables by 2050.

The report says only 4,000 TWh/year out of a possible 80,000 TWh/year of wave resource is currently exploited. It highlights that the UK has already invested nearly £450m in the UK marine energy supply chain, mainly from private investment, resulting in new industrial clusters in Cornwall, the Solent, Isle of Wight, Scottish Highlands, and Wales.

MPS’ managing director Gareth Stockman said: “The world is rapidly transitioning to a low carbon future. Our vision is for wave power to provide 10% of the world’s electricity by 2050. With stable government policy, steady investment and joined up communications from industry partners, the wave energy industry can become an economic success story, following in the footsteps of more mature renewable technologies such as wind and solar to become a source of reliable, affordable, clean energy.” 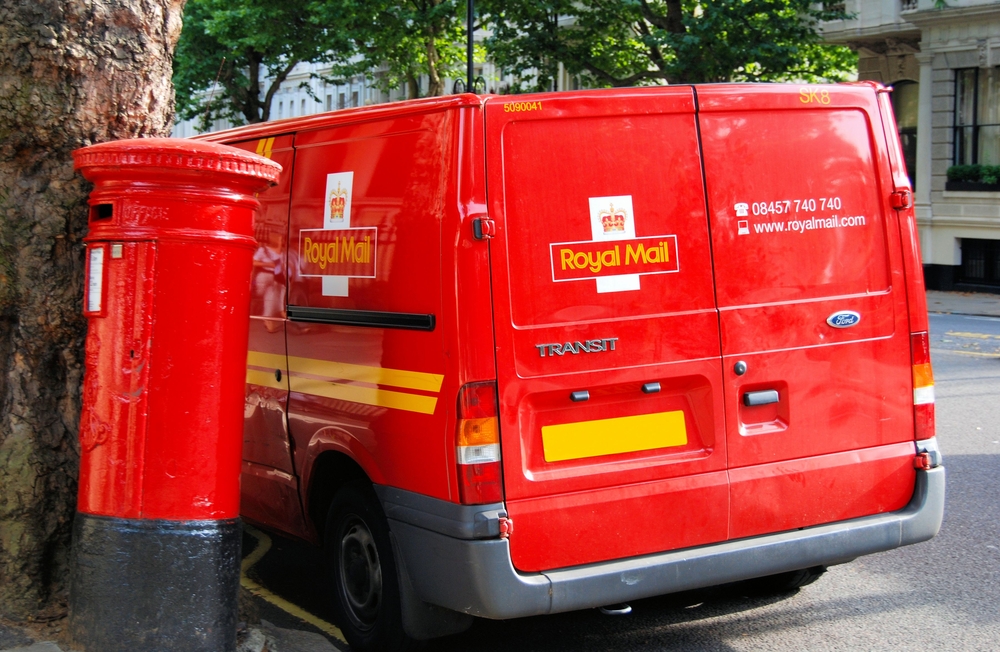 The company is currently developing a carbon efficiency target for its fleet of 48,000 vehicles in the UK and has fitted 40% with a system that alerts drivers to increased fuel consumption and emissions through actions like accelerating too strongly. The system has so far saved more than 4,600 tonnes of CO2. Royal Mail has also saved 2,000 tonnes of CO2 by replacing air transport with road services.

IBM has also met its CO2 emissions reductions target four years early, with a reduction of 38% since 2009, exceeding its 2020 target of a 35% reduction. The company has said if renewable energy from the grid was taken into account, 40% of IBM’s electricity supply across its managed spaces came from renewable sources in 2016.

Zurich has similarly reported a significant reduction in emissions, reporting this week that it is down 47% on total emissions from a 2007 baseline. The company has been operating carbon-neutral since 2014, a target it hopes to maintain until 2020. It also reported that it had exceeded its 40% energy consumption reduction target for 2020 three years early, and is on track to using 100% renewable energy by the same year. 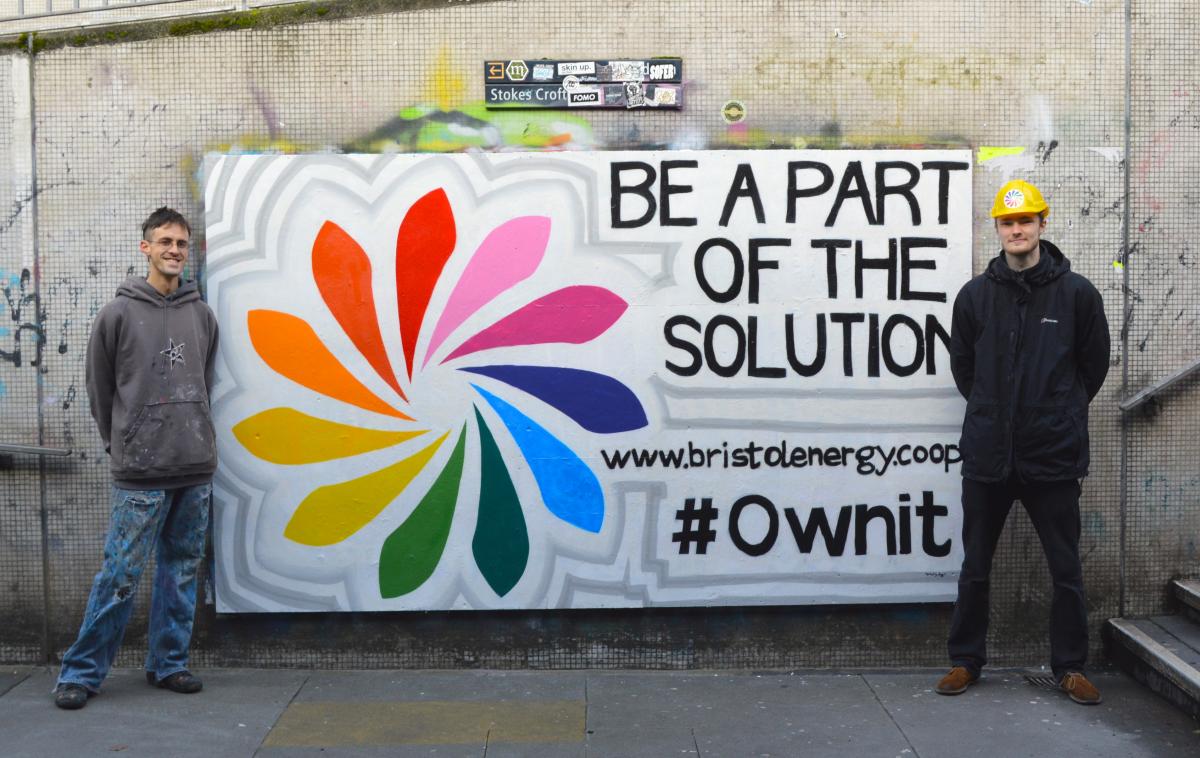 The bonds are the first time UK investors will be able to buy community energy bonds in a tax-free individual savings account wrapper. The two bonds will total over £2m, and both will support the refinancing of a portfolio of solar projects near Bath and Bristol to enable community groups to develop other clean energy projects in the region.

The first offer is from community business Bath & West Community Energy, a founding shareholder in Mongoose Energy. The solar projects BWCE is looking to refinance were built in December 2011 with a loan from SSE, and have performed well since. The bond will also provide BWCE with a small fund to invest in new renewable energy projects as they are developed.

The second offer is from Bristol Energy Cooperative, with bonds eligible to be invested through the Innovative Finance ISA, and will be used to fund the first-ever community battery storage project incorporating the latest battery technology.

Peter Capener, executive director, Bath & West Community Energy, said: “We are very excited about being able to offer the UK’s first Isa-eligible community energy bond on Mongoose Crowd. We hope that even more people will want to get involved in helping us build a powerful community response to our energy needs that makes sound sense for people’s pockets and for the planet.”

MOIXA, A SMART home battery company, has secured a £2.5m investment enabling it to open a base in Manchester, employing up to 60 local people.

Moixa will open a regional sales and delivery centre in the city after securing a £1m funding facility from Greater Manchester Combined Authority, with plans to employ 20 local staff within a year. The company has also secured £1.5m in equity investment, including £500,000 from Japan’s largest utility, Tokyo Electric Power Company and £500,000 from First Imagine! Ventures.

The firm expects to pilot its compact battery systems in Tokyo in a proof of concept trial with Tepco and other Japanese partners later this year. It is also planning trials in Europe and the US within the next 12 months. The Manchester office will drive growth in the north west by offering solar and storage products to private customers and social housing clients.

By 2020 Moixa expects to have installed 50,000 UK batteries and to be managing twice as many using its patented, cloud-based GridShare platform. Simon Daniel, CEO of Moixa, said: "Smart home batteries are transforming our electricity system, saving money for households and communities and supporting a cost-effective, reliable, low-carbon network. We are developing solar-plus-storage solutions for social housing that will help councils tackle fuel poverty and we look forward to collaborating with Greater Manchester and supporting the low-carbon energy transition in the Northern Powerhouse region.”

TYPHOO TEA has joined the Ethical Tea Partnership, looking to further improve the sustainability of tea production and the lives of tea workers across the industry.

Typhoo, the second-largest tea producing company in the UK, has pledged to support ETP, the not for profit aiming to achieve positive change to the lives of tea workers and communities, in creating a sustainable global tea industry. The company co-owns numerous tea plantations, and was one of the first tea companies to send its buyers to monitor various aspects of life across its tea estates, increasing transparency.

In the 1980s, Typhoo initiated a structured ethical tea programme and hopes ETP will add to its weight to a sector-wide approach that will increase supply chain accountability.

Somnath Saha, CEO, Typhoo Tea, said: “We’re looking forward to a broader partnership [with ETP] to ensure standards of living, nutrition and gender equality are improved industry-wide.  We take pride in knowing where our tea is from, how it is plucked and the working/living conditions of our workforce and aim to help transform and protect the lives of children and young people living in tea communities.” 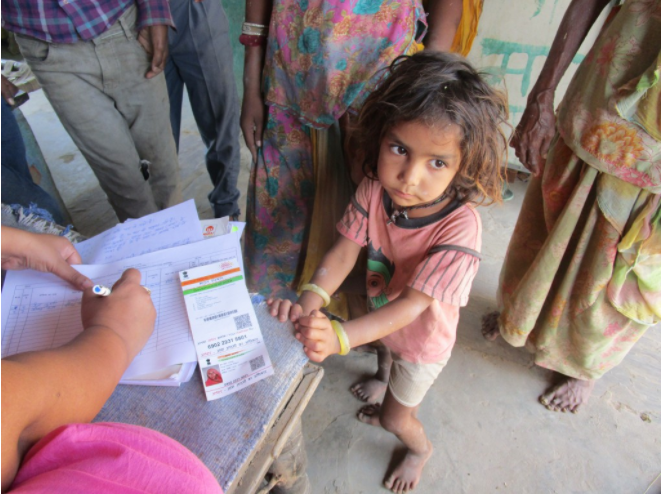 SECOND-YEAR results of the Educate Girls development impact bond show that 87.8% of its three-year enrolment target has been reached, as well as 50.3% of its three-year learning target, for 15,000 children, including 9,000 out-of-school girls enrolled in primary education in a remote rural district of Rajasthan.

The Educate Girls bond, the world’s first operational DIB in education, launched in June 2015, is funding a three-year education programme implemented by NGO Educate Girls. Zurich based UBS Optimus Foundation, which provided the DIB working capital, remains on track to recoup its funding.

Safeena Husain, executive director of Educate Girls, said a data-driven focus on community outreach and mobilisation has led to higher enrolment rates, especially among girls aged 10 or above, who often get left behind because of their age. The enhanced performance management involved in the DIB model has also helped Educate Girls to identify barriers to children’s learning.

“The continuous feedback and analysis of data allows us to identify learning lags in children and weaknesses in our own teams,” she said. “This led us to redesign our curriculum from scratch and retrain our staff … We are confident the approach will yield rich dividends at the end of the three years.”

Hotels sector strives to make up lost time on sustainab...
Companies urged to wake up to water risk amid looming g...
In the race against time to cut emissions, companies’...
'Could COP26 signal the end of coal? Only if we in...
comments powered by Disqus