The question of how the hundreds of companies that have set net-zero commitments are actually going to deliver on them has taken on greater urgency in the wake of the UK Met Office’s recent assessment that there is an even chance global temperatures will overshoot the “safe” limit of 1.5 degrees Celsius in the next five years.

According to the Science Based Targets initiative (SBTi), 1,373 companies have had emissions reduction plans approved as being in line with the science of climate change, which calls for emissions to be halved globally by 2030.

But talk – and targets – are cheap, and there are concerns that companies that are voluntarily setting targets could undermine the global effort to address climate change if it becomes a substitute, rather than a spur, for decisive action to cut emissions.

As U.N. Secretary-General António Guterres said at an inaugural meeting of a new high-level expert panel to develop clearer standards for corporate net-zero commitments: “The world is in a race against time. We cannot afford slow movers (or) fake movers.”

At Reuters Events’ recent sustainable business conference in New York, speakers and delegates spent two days getting into the weeds of some of the issues that U.S. companies are grappling with as they seek to deliver on their decarbonisation commitments.

Mars’s carbon footprint is 30 million tonnes of carbon dioxide. Of that, 95% is outside of its control

With some 80-90% of emissions in corporate supply chains and in consumer use of their products, what is known as Scope 3 emissions, supply chains are where the greatest potential to make a difference lies.

Indeed, with the U.S. Securities and Exchange Commission (SEC) including Scope 3 emissions in its newly announced proposals for climate risk reporting, it’s an area that no large listed company in the United States can afford to ignore.

But venturing into those vast supply chain hinterlands is fraught with complexity, not to mention reputational and operational risk if companies get it wrong. As Rich Lesser, global chair of Boston Consulting Group, told delegates in one of the opening sessions: almost 90% of BCG’s 13,000 clients reported last year that they were not on track to meet decarbonisation goals for their own operations that they set five years ago.

So, little wonder that companies are at sea when it comes to the prospect of delivering on the far bigger challenge of cutting Scope 3 emissions.

Barry Parkin, chief procurement and sustainability officer of Mars Inc, outlined the scale of the challenge in delivering its climate commitments, explaining that Mars’s carbon footprint is 30 million tonnes of carbon dioxide (CO2), comparable to that of a medium-sized country. Of that, 95% is outside of its control, embedded in the goods and services it sources from 20,000 suppliers.

“Three years ago, we surveyed our top 200 suppliers and asked if they’d set a science-based target for greenhouse gas emissions. Only 20 had. That’s pretty frightening, because their footprint is in our footprint,” he said in one session.

If we engage a few hundred suppliers, and they engage their suppliers it could reach hundreds of thousands of companies

Parkin said 80 of Mars’s top-tier suppliers, accounting for 25% of its footprint, are now on the path to setting science-based targets as a result of the programme.

“The scaling potential is huge. If we engage a few hundred suppliers, and they engage their suppliers” it could reach hundreds of thousands of companies, Parkin said. “That’s what the world needs. There are only 1,000 companies that have set net-zero targets but we need millions to do that.”

Mars has also been working directly with its competitors on driving sustainability improvements in the cocoa supply chain for the past eight years as part of the World Cocoa Foundation, which also includes governments, civil society groups and cocoa-growing communities.

“Trust is a major barrier to partnerships, and that doesn’t come easily,” he said. “Over that time, we’ve had fights, and breakdowns, but we’ve built trust, so when you come to a difficult issue to solve, you come together. … I now talk to my peers in these companies every week, and that didn’t happen 10 years ago.” 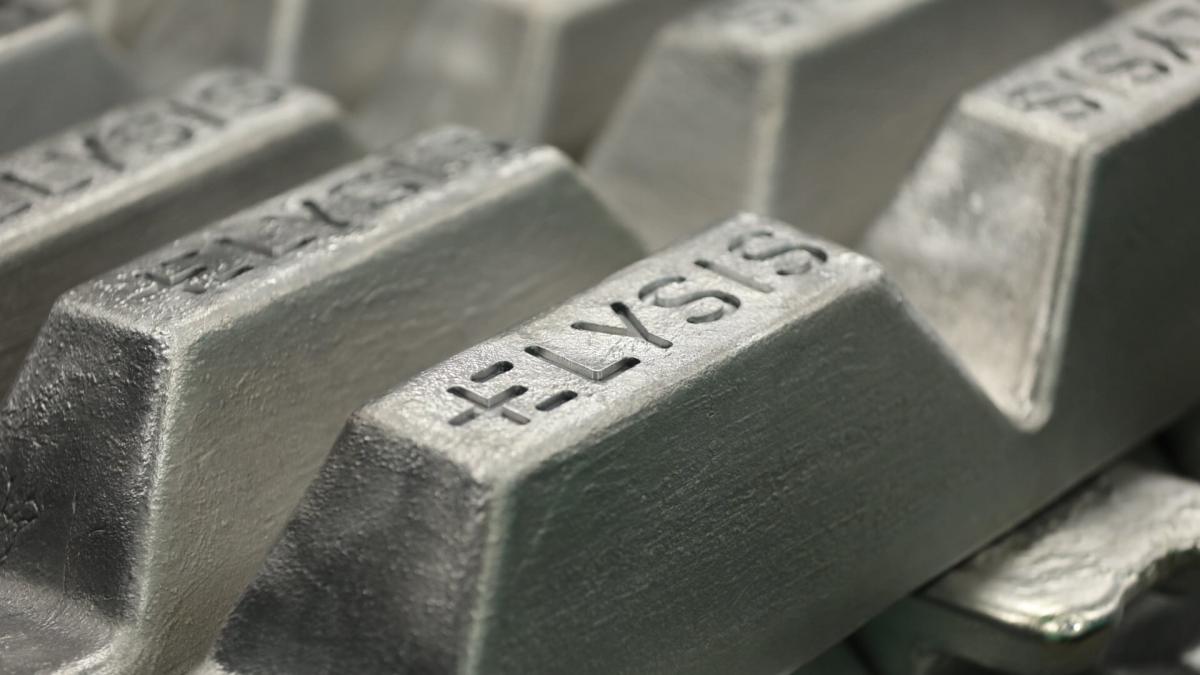 CO2-free aluminium is four years away from being commercial. (Credit: Elysis)

Michael Okoroafor, chief sustainability officer of McCormick, said the company strikes partnerships with organisations such as the U.S. Agency for International Development (USAID) and the Cooperative for Assistance and Relief Everywhere (CARE) in the countries where it sources its ingredients to help improve social outcomes and the resilience of smallholder farmers. It has set a 2025 goal to source all of its ingredients sustainably.

“If you want to make an impact, you can’t go it alone. You need to be able to bring these Mom and Pop farming operations around the world, in places like India, Nigeria and Madagascar, along on the journey.  … The social license (to operate) is more important than the legal license.”

Okoroafor, who was himself raised in a village in Nigeria, gives the example of the African island nation of Madagascar, where 80% of the world’s vanilla is grown.

While vanilla is the second most expensive spice in the world, after saffron, farmers typically live in abject poverty, at the mercy of exploitative middlemen and lenders. After a cyclone devastated the vanilla region in 2015, McCormick partnered with USAID to help communities establish a vanilla cooperative, allowing them to increase incomes by selling directly to buyers, and giving them access to low-interest loans, cheap health insurance and education. They have also been helped to gain Rainforest Alliance certification for their crops.

If your baseline is too low, you won’t show much progress unless you restate it. Then you’ll be accused of greenwash

“To me, that’s an example of how you can really symbiotically create impact, through partnerships with NGOs (non-governmental organisations). That’s what the journey is all about, though we aren’t there yet,” Okoroafor said.

Partnerships are also crucial as companies innovate to try to reduce the carbon footprint of their products, delegates heard.

Benjamin Kahrs, EVP Chief Innovation Officer for aluminium maker Alcoa, said his company was collaborating with Rio Tinto, the Quebec and Canadian governments, and technology giant Apple in a new joint venture to develop a process to eliminate CO2 from the production of aluminium, a material that normally generates two tonnes of CO2 for every tonne of product.

The Elysis carbon-free smelting process, which produces oxygen rather than CO2, was an innovation that the company had been working on since 1981, but hadn’t made headway on, Kahrs said. Then five years ago, “we decided to go out of house and partner with Rio Tinto, who were resident experts in processes to make aluminium, and could cover some of our gaps”. 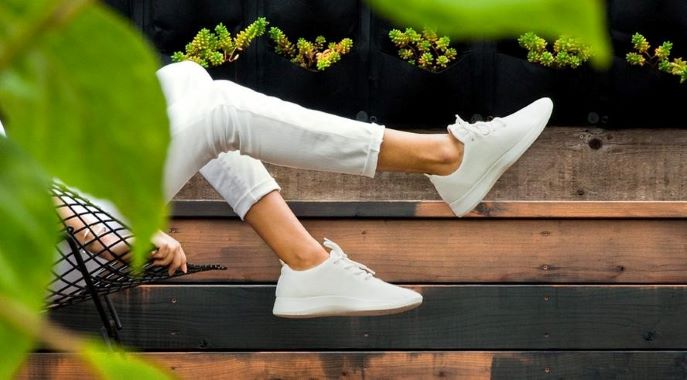 Given that the technology, if retrofitted at existing aluminium smelters in Canada, could cut 6.5 million tonnes of CO2, the two governments kicked in 120 million Canadian dollars to the C$180 million cost, while Apple, which wants to use Elysis in the iPhone, invested $10 million and technical support.

Kahrs said Elysis was now four years away from being able to produce CO2-free aluminium at industrial scale. "You see a collaboration where you have the expertise of two process companies, which cover eachothers' gaps, a host government that's willing to contribute major dollars, where you have a customer that can bring finance and expertise to the problem as well. That's been the foundation that's allowed Elysis to grow."

The need to be able to access and manage data to get a grip on supply chain emissions was another recurrent theme during the two-day event.

Lesser of BCG said having accurate data in order to set baseline CO2 emissions was critical, because conventional emissions calculations are often off by as much as 30%-40%.

“That’s a high risk for companies because it leads to baselines that are off,” Lesser said. “If your baseline is too high, you’ll show massive drops (in emissions). No one will believe you, and you’ll lose credibility. If your baseline is too low, you won’t show much progress unless you restate it (your baseline). Then you’ll be accused of greenwash.”

Julia White, chief marketing and solutions officer for SAP, said if companies are going to achieve decarbonisation strategies, “sustainability strategy has to be as central as any other business growth strategy”.

She said sustainability data should be driving innovation in companies’ business models,  not something that is bolted on afterwards. 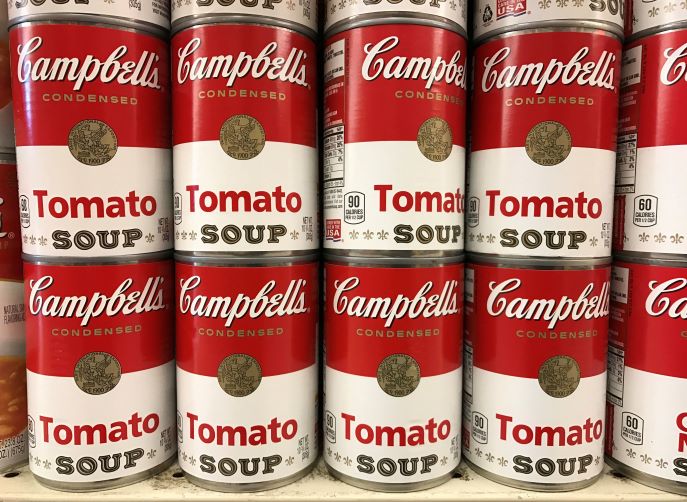 She gave the example of one client – footwear and apparel brand Allbirds, which from the outset used sustainability data to inform strategic decisions on everything from choosing raw materials to how its products are delivered, and provides carbon footprint information in its labelling.

In another session, Stewart Lindsay, vice president for corporate responsibility and sustainability at Campbell Soup Company, outlined the challenge of reducing emissions in agricultural supply chains. He said Campbell had already been working on sustainable agriculture targets for 10 years before it set its science-based target this year, which includes cutting emissions in its purchased goods and services and upstream transport and distribution by 25% by 2030.

Campbell buys tomatoes and potatoes directly from thousands of independent farmers, and has success in helping them reduce their carbon footprint through promulgating agricultural practices such as drip irrigation, Lindsay said. But it is intensive, one-on-one work that would be difficult to replicate across its entire supply chain.

“It’s a very diverse industry, place-based and watershed- and climate-specific,” he said.  “It’s thousands and thousands of independent operators, each with slightly different value propositions and business models.”

There’s potential climate risk from where things can be grown, and how effectively they can be grown

In order to drive decarbonisation efforts at a greater scale, he said Campbell was working with its processor suppliers on developing farm data management tools that can be applied at regional level. Another solution is to source more ingredients from farmers that are part of programmes such as the California Almond Sustainability Program, which seeks evidence that almonds are grown and processed with sustainable practices.

Lindsay said addressing sustainability in its supply chain was something demanded by consumers, but it was also important to the company’s own resilience. “Agriculture is a place-based thing. There’s potential climate risk from where things can be grown, and how effectively they can be grown. Having more knowledge of our supply chain is a positive.”

Will 2023 be a watershed moment for corporates on addre...
Energy crisis boosts drive to cut emissions from buildi...
PepsiCo’s biggest challenge: winning over millions of...
Hurtigruten sets course for zero-emissions cruising
comments powered by Disqus