The Task Force on Climate-related Financial Disclosures helped turn 2017 into the year of the green bond, with China the driving force, writes Mark Hillsdon. RE100, Science-Based Targets and carbon pricing all benefited from the ‘TCFD bounce’

If 2016 was the year that green finance entered the mainstream, then the last 12 months have seen it start to bed down and mature, with China increasingly filling the leadership role vacated by the US under Donald Trump.

November’s report from UN Environment showed that, having put green finance on the G20 agenda during its presidency in 2016, China has now become a driver in the global green bonds market, issuing 36 green bonds worth nearly $12bn in the first half of 2017 alone.

According to the Climate Bonds Initiative, green bond issuance will have reached $130bn by the end of the year, up from $81bn in 2016. (See Can we bank on a clean energy future?) 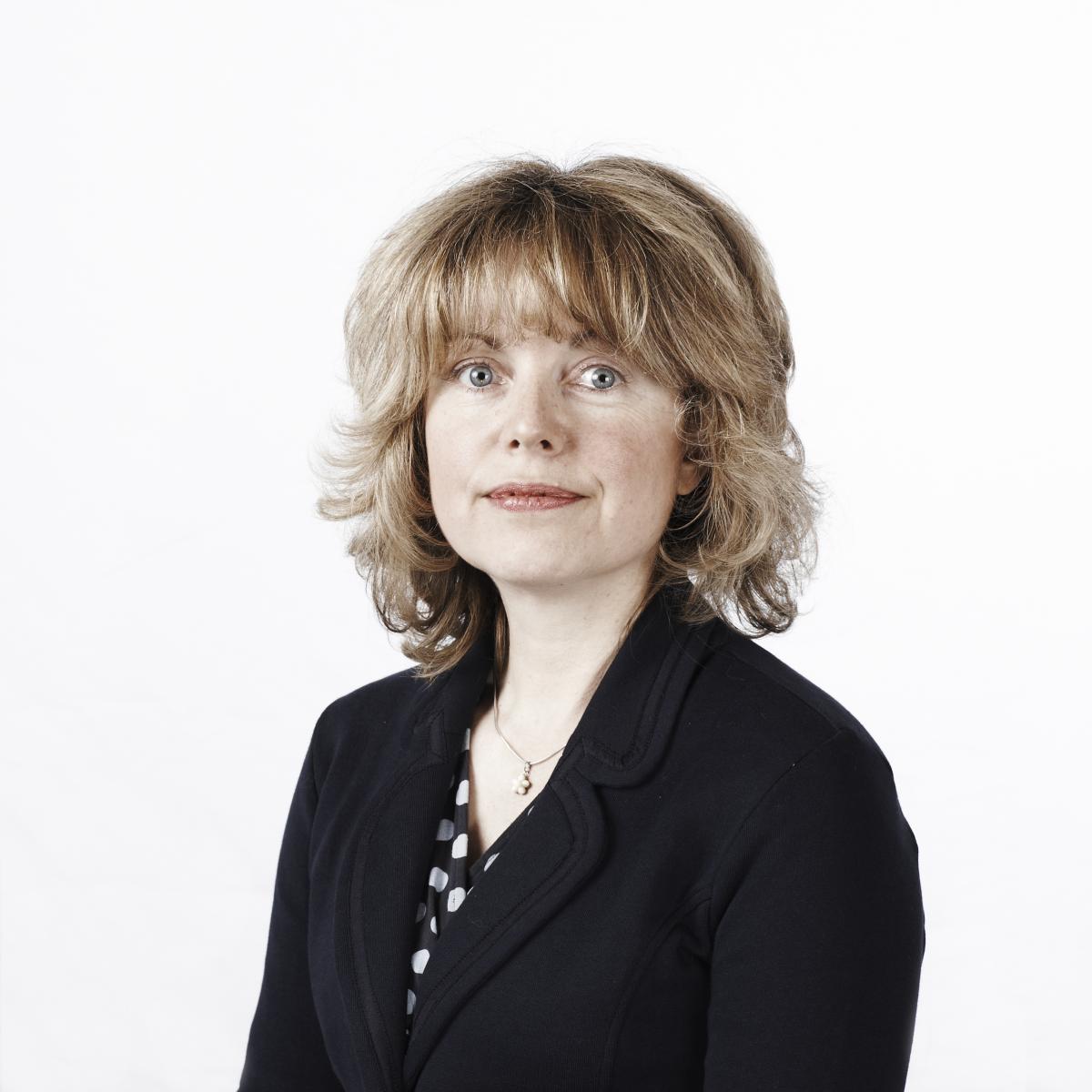 The figures are testament to the fact that more and more investors are aware that an economic crash caused by climate risk could dwarf the sub-prime mortgage crisis of 2008, and fear being left with so called “stranded assets”, shares in companies still mired in oil and coal.

This year pressure has been growing on businesses to come clean about the true extent of their climate risk, with calls for a new level of transparency in corporate reporting to allow investors to make better-informed decisions.

In June, the Task Force on Climate-related Financial Disclosures (TCFD) released its final recommendations. Set up by the international Financial Stability Board (FSB) in 2015, the TCFD is made up of 32 members from a wide range of industries. With a strong focus on the risks and opportunities of transitioning to a lower carbon economy, its remit has been to establish a set of consistent disclosure recommendations for companies and bring more visibility to corporate climate risks within the market.

While the four recommendations may sound familiar, covering governance, strategy, risk management, and targets, they are still being widely billed as a game-changer in corporate reporting.

“They are definitely one of the most important developments in the long history of climate reporting,” says Lois Guthrie, founding director at the Climate Disclosure Standards Board. 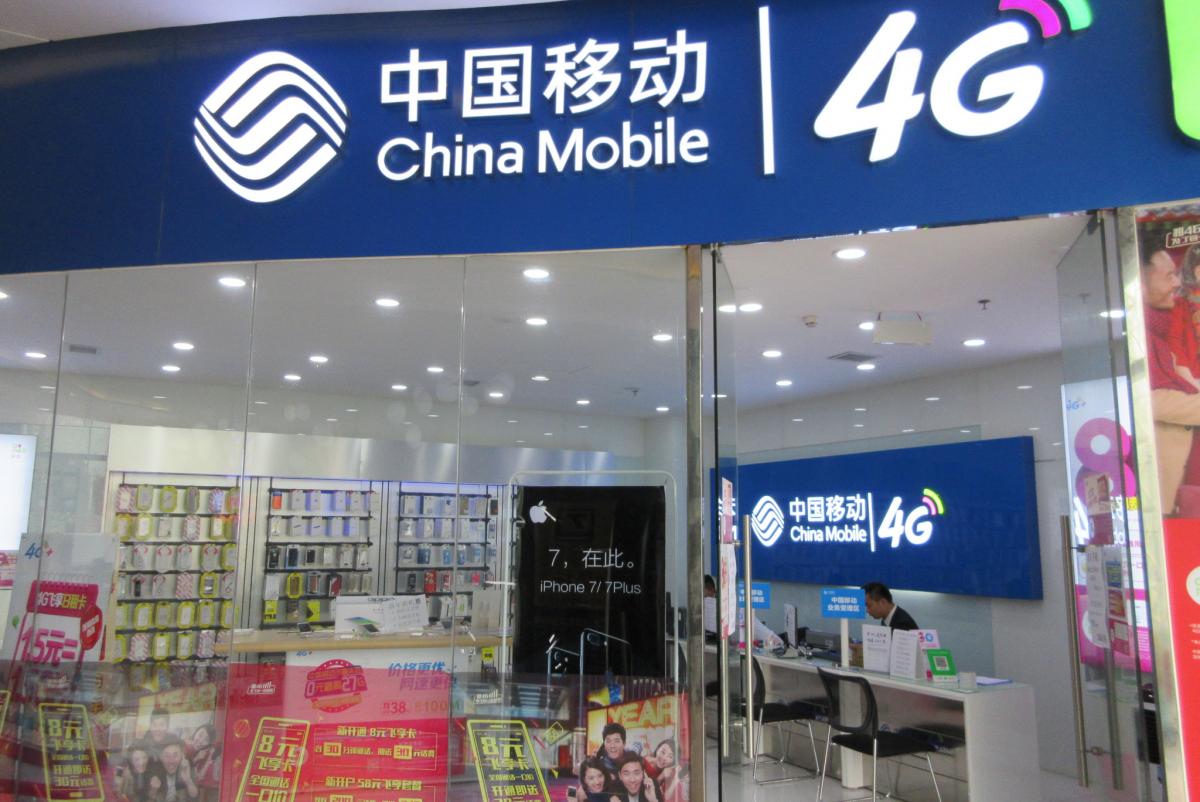 “The recommendations are about showing how a company is future-proofing growth ahead of likely regulations to limit GHG emissions. Financial institutions that develop their climate governance frameworks now will be best-placed to mitigate the risks, and take advantage of the opportunities for a sustainable economy.”

The TCFD has also broken new ground by encouraging businesses to report on future performance, not just past disclosure, while the fact that the recommendations have been developed by industry, for industry, has been a key factor in attracting more than 100 companies with $11trn in assets to back them.

“Although the recommendations are voluntary, they are designed to help organisations to comply more effectively with existing disclosure obligations,” continues Guthrie. “As the TCFD acknowledges, climate change is actually, or potentially, material for many organisations and should therefore be reported under existing requirements.”

Asset management firm BlackRock, for instance, has now made it a top engagement priority to ask companies how they are assessing the risk that climate change poses to their operations, while Aviva recently announced that it will vote against the board of any portfolio company that fails to publicly disclose the risks posed to their business model by climate change. 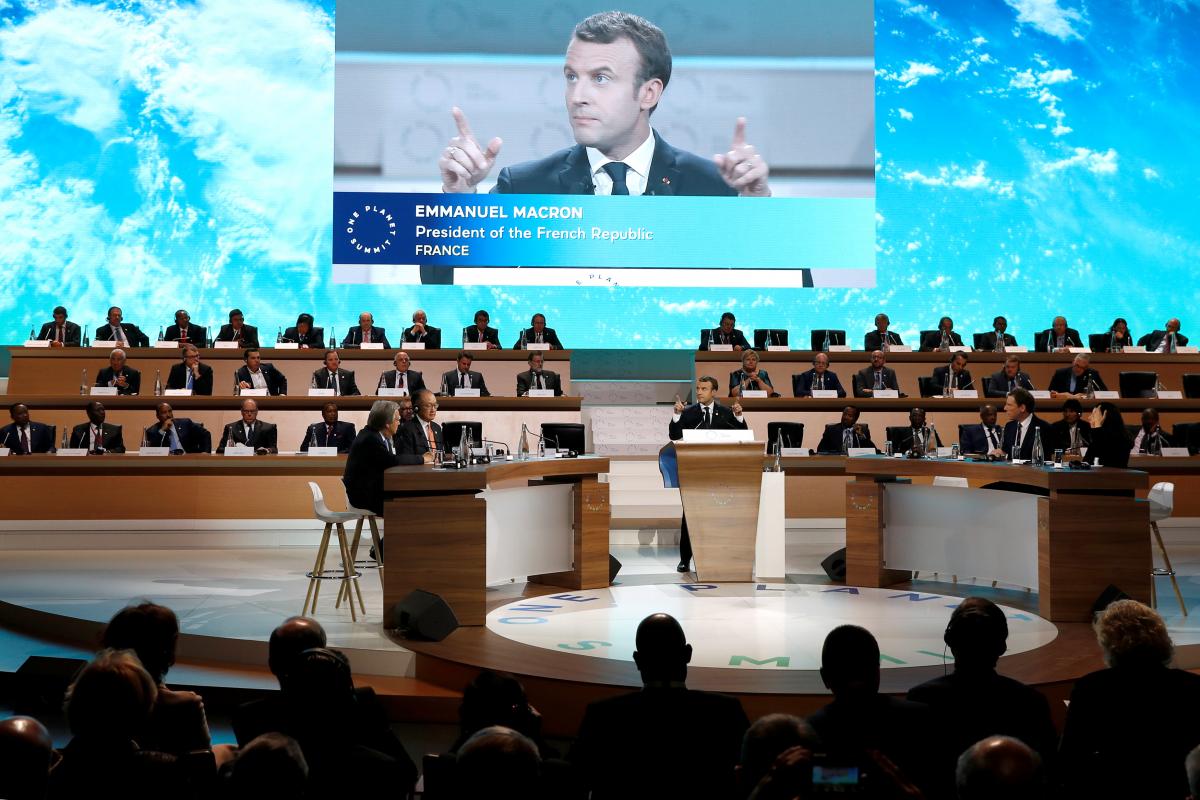 Emmanuel Macron's One Planet Summit in Paris this month focused on green finance.

“Better understanding and more effective reporting of the financial risks of climate change should result in more climate-resilient business models and longer-term awareness and management of climate risks and opportunities,” adds Guthrie. “This in turn should send signals that encourage investments to shift to businesses and activities that support the SDGs and the Paris Agreement.”

It’s also hoped these signals will spur companies on to sign up to other climate projects, such as the Science Based Targets initiative, a partnership between CDP, the World Resources Institute, the World Wide Fund for Nature, and the UN Global Compact.

The targets dovetail with the third TCFD recommendation, explains Stevenson, which sets out how a company must be able to demonstrate it is managing the complex set of climate risks and opportunities that might affect its business from a financial, reputational and regulatory perspective.

Members have two years to develop targets, not only to reduce emissions in their own operations, but also within their value chains. This year more than 90 new companies joined, including clothing giants Nike, Gap and Levis Strauss, as well as Telefonica and Veolia International.

“Businesses now working towards ambitious targets are seeing benefits, like increased innovation, cost savings, improved investor confidence and reduced regulatory uncertainty,” says Lila Karbassi, head of environment and climate at the UNGC. “This is becoming the new ‘normal’ in the business world, proving that a low-carbon economy is not only vital for consumers and the planet but also for future-proofing growth.”

Another global initiative that could benefit from a “TCFD-bounce” is RE100, which encourages businesses to commit to 100% renewable electricity as a way of accelerating the transition to a low carbon economy.

In October, Danish wind turbine manufacturer Vestas joined the initiative, followed in November by HSBC, and as we reported last month at COP23 in Bonn, RE100 member Microsoft announced a new pledge to cuts its operational emissions by 75% by 2030 compared to 2013.

The growth in RE100 is also seen as recognition of the fact that many businesses are no longer prepared to wait for governments to act on emissions and instead are taking action themselves, both in response to consumer demand but also on the basis that renewable energy is now leading to considerable bottom-line savings.

Some of the biggest companies in China have adopted an internal carbon price, including Shanghai Electric and China Mobile

There are indications, toom that the TCFD’s recommendations will also see more companies integrating carbon pricing into their planning. According to CDP, there has been a surge in companies looking to adopt internal pricing, from just 150 in 2014 to more than 1,300 this year. Pricing carbon helps companies to factor climate related risk into their future business planning, a transparency that investors will find attractive. Or as CDP chief executive Paul Simpson puts it: “Carbon pricing makes the invisible, visible.”

Internal carbon pricing involves companies applying a monetary value to their emissions. Some opt for a “shadow price”, which can be added to future investments and operational costs as a way of helping to prioritise low-carbon investments and prepare for future regulation. Others assign a carbon fee to specific business units based on their emissions, channelling the money raised into low-carbon projects such as clean energy.

At this month One Planet Summit called by French president Emmanuel Macron to mark two years since the Paris Agreement, 12  jurisdictions in the Americas, including California and Washington, launched the Carbon Pricing in the Americas cooperative framework  to implement carbon pricing as a central policy instrument. Feike Sijbesma, CEO of Royal DSM, which has an internal carbon price of €50/ton, said the move would incentivise the private sector "to go not only further, but faster too" on carbon pricing.

This year also saw a call to action from Helen Clarkson, CEO of the Climate Group, for RE100 members to encourage their peers and suppliers to follow suit. 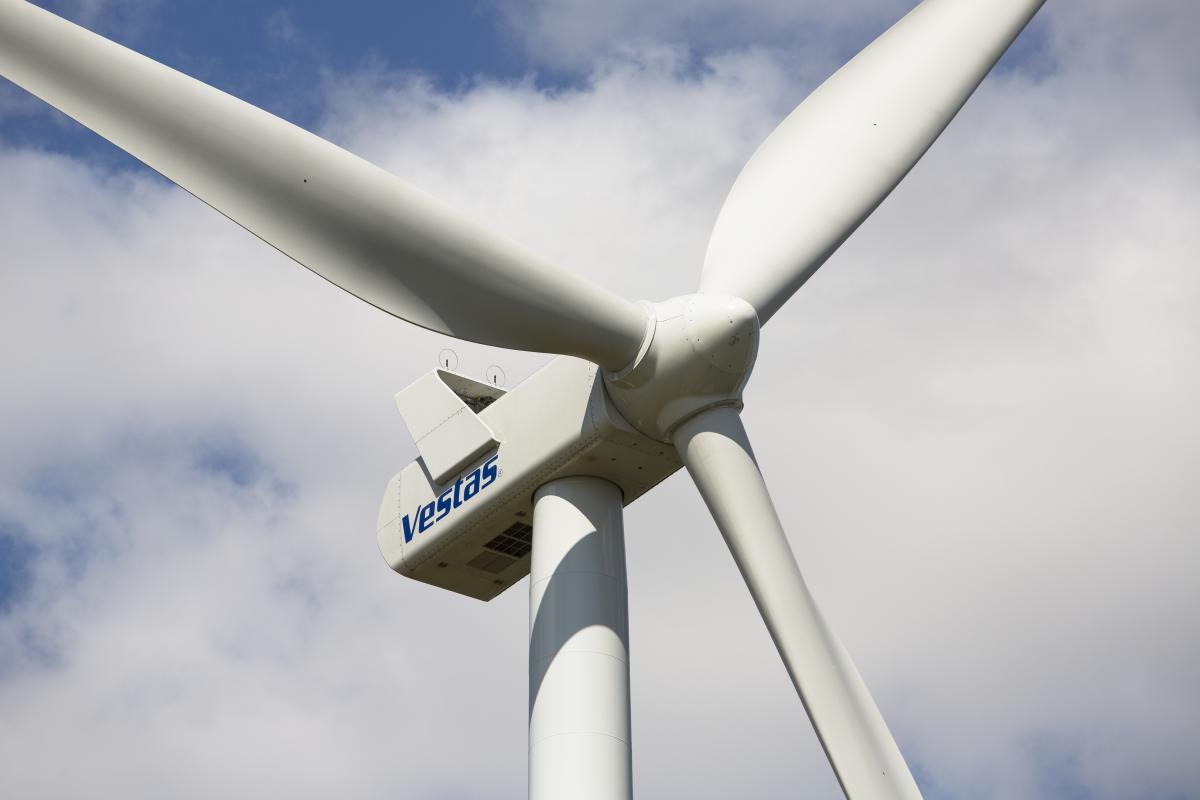 Some of the biggest companies in China have adopted an internal carbon price, including Shanghai Electric and China Mobile, as the country moves towards the launch of the world’s largest emissions trading scheme, which is now scheduled for early 2018. The scheme will operate in economies generating close to half of the world’s GDP and covering more than 15% of global emissions.

Liwei Chen, China director at the Climate Group, believes that systems like this are a proven way of reducing greenhouse gas (GHG) emissions while allowing economies to prosper. “Putting a price on carbon provides a framework to make polluters pay for the strain they are putting on society, while rewarding forward-thinking business leaders who are steering towards a cleaner, more just economy,” he says.

The definition of green finance is already evolving, moving from investment that simply provides environmental benefits to something more closely aligned to the SDGs

China is pushing green finance in other ways, too, and up to the end of June had launched 7,826 green and low-carbon projects, with a total investment of $0.96trn. Five new pilot zones have also been established to explore different models for local green finance systems, while Stevenson talks of a “burgeoning partnership” between China and the UK on green finance development through the work of the China-UK Green Taskforce.

The last 12 months has also seen financial technology play a growing role in greening the economy, both by altering consumer behaviour and providing green innovators with new ways to access capital (See There’s an app for that: How fintech is financing the SDGs), while another UN Environment report suggests that the very definition of green finance is already evolving, moving from investment that simply provides environmental benefits to something which is much more closely aligned to the wider aims of the SDGs.  Expect green finance to move further in that direction in 2018.

Mark Hillsdon is a Manchester-based freelance writer who mixes work on business and sustainability for the likes of Ethical Corporation and the Guardian with articles for a range of nature-based titles, including CountryFile and BBC Wildlife.

Can business bridge the yawning gap in finance for natu...
Calls grow for companies to disclose nature impacts in ...
Brand Watch: Things go badly for Coke, as activists att...
Can sustainable soya farming come fast enough to save t...
comments powered by Disqus