‘There is no Plan B’: Lise Kingo to urge greater action on SDGs at RBS Europe

In an interview ahead of this week's conference, the UN Global Compact chief tells Terry Slavin that 2030 may seem a long time off, but there is not a moment to waste to tackle the greatest transformation challenge the world has ever faced

When UN Global Compact chief Lise Kingo speaks at Ethical Corporation’s premier European conference next week she will argue the case for companies to take urgent action on the Sustainable Development Goals.

In a phone interview from her office at UN headquarters in New York, Lise Kingo said 2030 may seem a long time off, but there is not a moment to waste. “My message is one of urgency. We only have 4,500 days left. It is the biggest transformation challenge the world has ever faced and it will take all stakeholders to pull it off: governments, the private sector, civil society as well as all of us as consumers. … There is no plan B and it would be so embarrassing if we had to tell our children and grandchildren that we had this amazing plan with 17 very clear goals but we couldn’t get our act together. I think that would be unbearable.”

Helping companies align with the SDGs, or Global Goals, is a primary focus for the UN Global Compact, an agency of the UN that describes itself as the largest corporate sustainability initiative in the world, with more than 9,500 companies and 3,000 non-business signatories pledging to abide by its 10 principles covering human rights, labour, environment and anti-corruption.

I see that many companies are picking up the Global Goals agenda. But the challenge is to go to scale

Ethical Corporation's recent Responsible Business Trends report 2018 highlighted that the 17 SDGs, agreed upon by UN-member states in 2015, are increasingly serving as a strategic signpost for businesses, with some 69% of corporate brands saying they are integrating them into business strategy. But it also highlighted the potential for “SDG-wash”, with 56% of respondents saying that their company isn’t actually measuring its contribution to the SDGs.

The findings echo recent studies by KPMG and WBCSD, both of which found that while a large majority of companies refer to the SDGs in their reporting, fewer than 10% actually have targets that measure their contribution to the SDGs.

Asked whether the 17 Global Goals, with their 169 separate targets, are too unwieldy an agenda for companies to get to grips with, Kingo said the preponderance of targets actually gives companies “very good clarity” on what needs to happen over the next 12 years. “I see many companies pick up the agenda. [But] the challenge is to go to scale. We need to involve many more companies. We need to have many more partnerships that take all the good projects and programmes and implement them on a big scale.”

She pointed to research by the Business and Sustainable Development Commission (BSDC) identifying $12trn in new market value that is awaiting to be unlocked by companies committed to achieving the Global Goals. “We have to show companies how we can turn risk into business opportunities and how the Goals are an amazing lighthouse [showing] where companies that want to be successful in the future need to go.”

Kingo says one goal that should be on the radar of every company is Goal Five on gender equality, at a time when the gender pay gap is widening. The World Economic Forum’s latest annual gender gap report found that it will take 100 years to close the gender gap at the current rate of progress, compared with 83 years previously.

“That’s not even in the coming generation,” said Kingo, who is also an International Gender Champion. Of course, it is not all down to companies. In some parts of the world there are huge cultural factors barring women’s progress. “In many regions of the world not enough is being done to remove legislation that is preventing women from owning land or starting their own businesses. These are fundamental barriers to creating gender equality,” Kingo says.

Worryingly, there is also little progress in parts of the world where there are no such barriers, despite the increased media attention to women’s rights being garnered by movements such as #MeToo. “You have the number of women sitting on boards moving backwards. We are seeing the number of women in executive management moving backwards. And I think that is very sad. … Companies really need to reflect their customers and their markets.”

There is a solid business case for companies to redress the gender balance. The BSDC’s WomenRising2030 initiative, launched this year, quotes research from McKinsey Global Institute showing that if women were to participate in the economy identically to men, they could add as much as $28trn to global annual gross domestic product by 2025.

It cites evidence that businesses that have more women in senior positions are better able to shift their focus from short-term profit maximization to longer-term growth, with one international study finding that companies with gender-balanced boards were more likely to offer goods and services to communities with limited or no access to financial products. They also tend to prioritize environmental issues and to invest in renewable power, low-carbon products, and energy efficiency. (See Why women can lead the way on achieving the Global Goals) 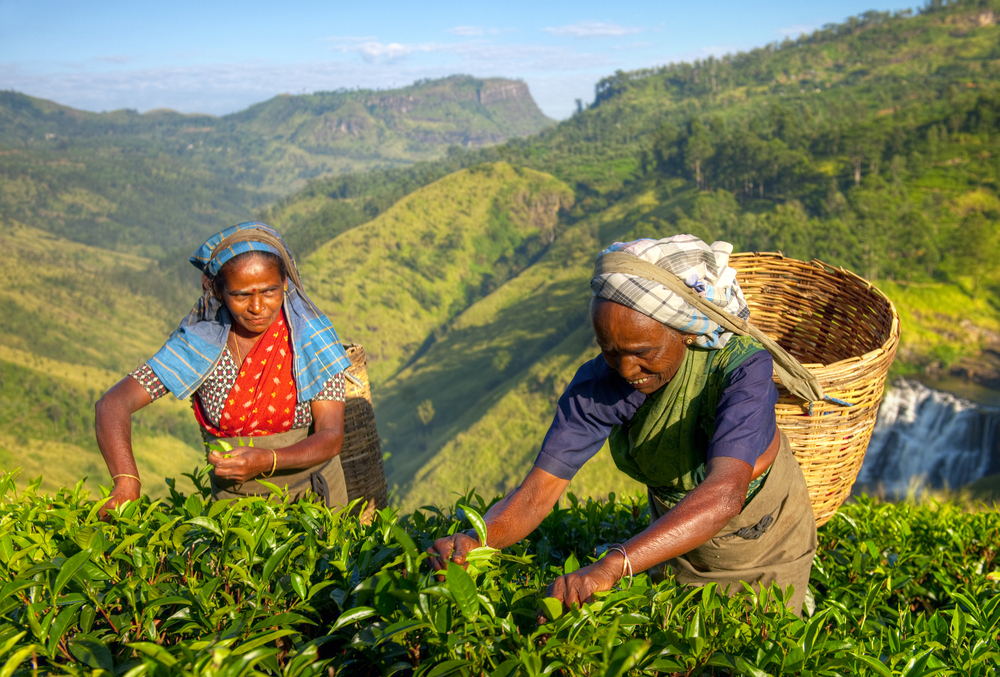 “The WomenRising2030 report makes so many good observations about how a female mindset is perfect for driving the Goals,” said Kingo, a Dane who prior to joining the Global Compact in 2015, spent 13 years as the only woman in the executive management team of Danish pharmaceuticals company Novo Nordisk.

“In my mind it would be impossible to make the Goals by 2030 if we don’t manage to empower women across the world.”

In 2010 the UN Global Compact, in partnership with UN Women, launched the Women’s Empowerment Principles, a seven-point guideline for how companies can promote gender equality in the workplace. To date more than 1,800 CEOs from around the world have pledged to uphold the principles, which include appointing women to corporate leadership roles, and promoting education and training for women.

It’s important that companies focus on female empowerment not only in their own companies, but in society and their supply chains

Last year, the UN Global Compact provided more guidance in the form of a Women’s Empowerment Principles Gap Analysis Tool, a series of multiple-choice questions allowing companies to assess their own performance on women’s empowerment and gender equality. The UN Global Compact recently published a trends report aggregating data from 100 companies that have used the tool in the first year, and the results illustrated how early companies are in the journey, with fewer than 15% of businesses in the “achiever” or “leader” categories.

Kingo points out that one of the biggest surprises for the 100 companies was how poorly they scored on female empowerment in their supply chains, with only 5% setting procurement and/or percentage spend targets with women-owned businesses, and 12% including gender equality criteria in supply chain management tools.

“Many have come back to us and said it was a real eye-opener,” said Kingo. “It’s really important that companies focus on female empowerment not only in their own companies, but in society and their supply chains, because ultimately that’s what will drive economic opportunities for women.” 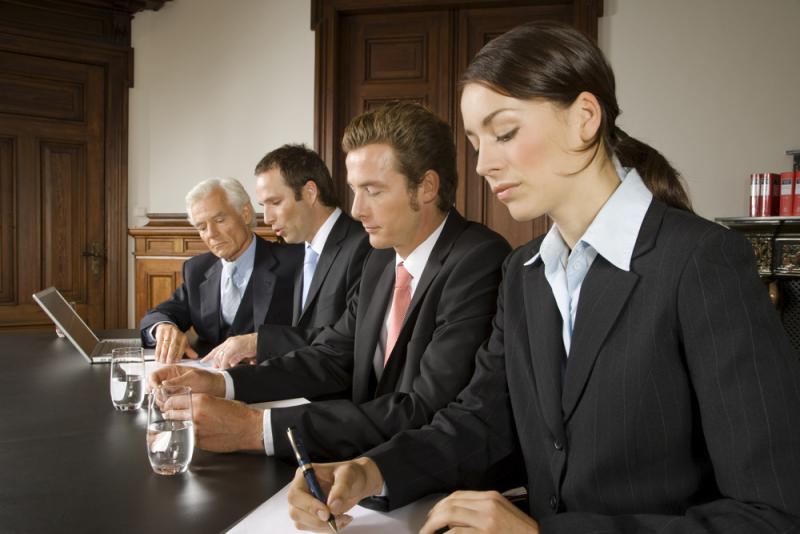 The number of women sitting on boards is moving backwards. (Credit: Air Images/Shutterstock)

The US is one country where the number of female entrepreneurs is growing fastest, Kingo says, though as Ethical Corporation’s research shows, North American companies are lagging the rest of the world in terms of embracing the SDGs.

This is also reflected in membership of the UN Global Compact, with its latest progress report showing only 378 North American corporate members, compared with 1,344 in Asia, 4,722 in Europe and 2,116 in Latin America, where participation is growing fastest.

“Brazil is one of our biggest countries in Global Compact participation,” Kingo says. “We did a data analysis of how companies are faring on the 10 principles and the Global Goals and we had 80% of companies in Latin America say they have begun integrating the Goals,” compared with an average 75% globally.

Latin American companies have also been most enthusiastic in using the Women’s Empowerment Principles gap analysis tool, accounting for 42% of take-up, compared to 23% in Europe, 7% in Asia and 10% in North America.

At the suggestion that low participation of US companies may have something to do with Americans’ historic ambivalence about UN institutions, Kingo says it is not something she has encountered in her three years in the job.

When she attended a sustainable business conference in the US earlier this year, she said, “I was amazed to see how many companies were there, and how interested they are in the [Global Compact] agenda and the 10 principles. … I see a really positive trend [in terms of new US members] and a wish from many US companies to show they feel sustainability is a really important agenda. They want to be principle-based, and vote with their feet.”

Analysis: Why delivering on net-zero promises is ‘now...
‘We need to move from debate to dialogue over whether...
Finding the keys to unlock the potential of female entr...
From 500 litres of water a day to 50: P&G heads up ...
comments powered by Disqus