Comment: Dr Assheton Carter, CEO TDi Sustainability, observes that while some companies and NGOs are calling for a moratorium, others argue that mining at sea could relieve the environmental impacts on land

The recent announcement by seabed mining contractor DeepGreen that it plans to become the first company to extract cobalt, copper, nickel and rare earth minerals from the deep seabed in commercial quantities by 2024 has attracted a lot of media attention and vigorous debate.

The World Bank predicts that the production of some of these minerals will need to increase by 500% by 2050 to meet demand, as they are critical to manufacturing the building blocks of the future economy: rechargeable batteries and motors for electric vehicles, wind turbines, household appliances and mobile devices.

But just how sustainable deep-sea mining in commercial quantities would be if the proposal gets the go-ahead from the International Seabed Authority is a complex and controversial question to answer. Decisions taken now could have lasting impacts – positive and negative – for generations to come.

Millions of tons of manganese, copper, cobalt, nickel, gallium and rare earth elements are estimated to be present on the seabed. Deposits are found within the national jurisdiction of countries – their exclusive economic zone or continental shelf – and outside national jurisdiction in 52% of the world’s oceans, a geographic entity known as the Area.

Falling inside the Area, in between Hawaii and Mexico, is the Clarion-Clipperton Zone (CCZ), an abyssal plain punctuated by seamounts as wide as the continental United States. Lying atop the muddy bottom, or embedded just beneath it, are trillions of potato-size polymetallic nodules.

DeepGreen’s proposal is to extract these nodules by submerging large, remotely operated collector vehicles to sweep the ocean floor. The seabed crawler is connected to a production ship with a hose, along which the nodules are transported to the surface. On board the vessel, the nodules are separated from water and sediment; another ship then takes the ore for processing on land to extract the metals.

There are arguments for and against mining deep-sea minerals. Deep-sea scientists highlight the potential to negatively impact unique and fragile ecosystems. One concern is the plumes of sediment created by the collectors. The plumes drift in the ocean’s current, sometimes for kilometres, and are likely to harm irreversibly the areas where they settle. The nodules themselves are host to species about which is little is known, or are as yet undescribed.

It is not known what the lasting impact on these populations will be after the nodules are removed. Impacts to the ocean might also have knock-on effects on fish and fisheries. Many fear that coastal communities that depend on the ocean for the livelihood will have a negative experience of deep-sea mining.

For that reason, WWF, Greenpeace, Amnesty International, and a group of Pacific organisations have all published reports or public statements calling for a moratorium or total ban on extracting deep-sea mining. BMW, Volvo Group, Google and Samsung SDI have also announced their support for a moratorium, refusing to accept deep-sea minerals in their supply chain until it is known how adverse environmental effects can be managed.

Yet, there is another side to this argument, and opinions that are equally strongly held. Supply shortages of some minerals are predicted and if we are to build green technology at scale, we need an abundance. Can we afford to turn away from this potential new source?

While deep-sea mining will undoubtedly have serious impacts, mining on land also has negative consequences. Mining terrestrially is energy-intensive and is a major emitter of greenhouse gases. Exploration companies seeking new frontiers encroach into unpopulated areas where there are forests and animal populations of significant conservation value.

Advancing our knowledge of biodiversity anywhere is time-consuming and expensive. Doing so 6km (4m) below the ocean’s surface is even more so. The commercial incentive to develop mineral deposits comes with the finance and legal requirement to gather scientific data and analysis. Mining is a frontier activity and there is an opportunity for deep-sea mining contractors to collect scientific information and increase our knowledge about this new frontier. 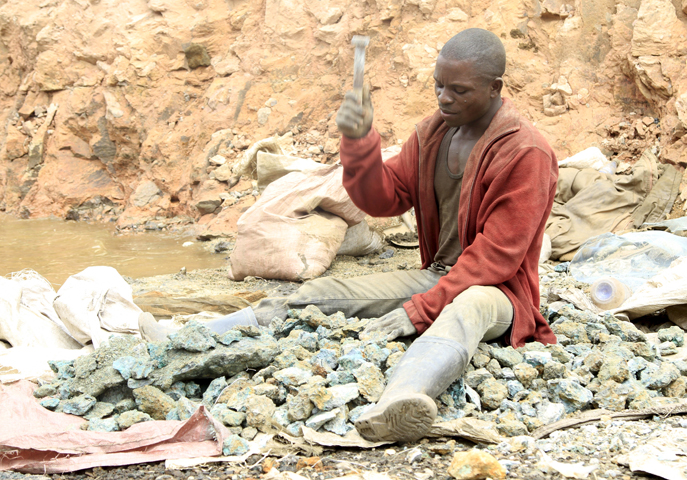 An artisanal miner extracts cobalt in the Democratic Republic of the Congo. (Credit: Kenny Katombe/Reuters)

Finally, some small developing island states, the economies of which are decimated by Covid-9, are attracted by the promise of jobs, taxation, royalties and mineral wealth- distribution programmes, and their situation should not be overlooked.

This topic is even more complex when you consider the International Seabed Authority, the body that governs the Area, has a mandate to steward the seabed for the common heritage of all humanity. The multiple unknowns, potential benefits and harms, and far-reaching and lasting implications make this a dizzyingly difficult path to navigate.

How, then, should we decide? Or, rather, who should decide?

Noticeably absent from decision-making have been the businesses that might have to use these minerals in their products: the electronics, auto, battery and part manufacturers. Once passive recipients of inputs into the production lines, these companies are now active in setting voluntary standards for sourcing, and even influencing hard legislation. Witness the slew of regulations, corporate codes, certifications and product marks for conflict (or conflict-free) minerals.

But these responsible sourcing frameworks, which have taken well over a decade to develop and implement, are not designed to address the specific risks associated with the deep sea. New ones will be essential if deep-sea minerals are considered for supply chains. Time is short for this to happen, however; manufacturers and their stakeholders need to engage now.

The decision of whether to extract deep-sea minerals – and if so, under which conditions – is a generational one. To prepare for the different scenarios, we need to move from debate to dialogue. We need to find the time and opportunity to ask the important questions, consider the facts we have and find ways to generate data to fill critical gaps. Most important, we need to engender processes in which the voices of multiple stakeholders are heard.

At TDi Sustainability, we are working with the World Economic Forum to create the Deep-Sea Minerals Dialogue, which brings together manufacturers and metal markets. The dialogue offers an impartial and private space to learn about and to discuss the implications of deep-sea minerals and our individual and collective stakes in it. We hope others, too, will do their part to raise awareness about this important topic and lend their voices to the debate. 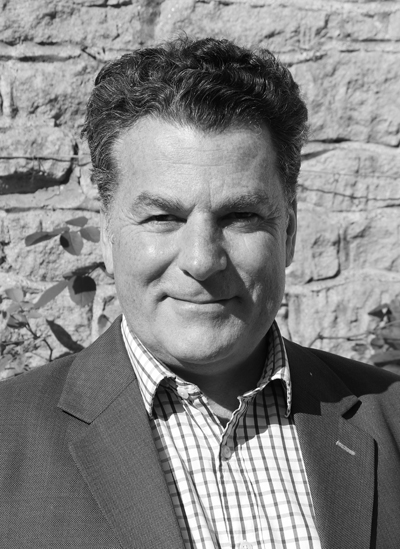 Dr Assheton Carter is CEO of TDI Sustainability, an advisory firm to Fortune 100 companies in Europe and the USA, and to natural resource companies in Africa, Asia and Latin America. He is the founder and board chair of the Impact Facility for Sustainable Mining Communities, an impact investment vehicle with a mission to empower rural communities through the building of viable responsible small and medium sized enterprises and artisanal mining operations in Africa and Central and South America.

In conversation with Elizabeth Mrema, the woman seeking...
Why indigenous peoples are key to ensuring EV revoluti...
Analysis: Why delivering on net-zero promises is ‘now...
A decade after the UN Guiding Principles, companies hav...
comments powered by Disqus