In her monthly column in The Sustainable Business Review, Angeli Mehta rounds up the key policy developments that will affect sustainable business in 2021

IT'S SURELY NO exaggeration to suggest that 2021 will be a defining year for climate policy, shaping the trajectory of emissions reductions for the rest of the decade and beyond.

Most immediately, all roads lead to COP26. The new U.S. president, Joe Biden, rejoined the Paris Agreement, as promised, on his first day in office, and will surely ratchet up climate ambition as he seeks to renew U.S. leadership on global action. This week Biden's special climate envoy, John Kerry, said the U.S. will announce a target for reducing its greenhouse gas emissions by 2030 ahead of an international climate summit that Biden will host on April 22. Can he persuade other countries to increase their ambition on emissions cuts?

Analysis by the World Resources Institute (WRI) suggests that with federal government complementing and adding to state actions, it should be possible to achieve a 45-50% reduction in emissions (compared with 2005 levels) by 2030.

Its director, Andrew Steer, says Biden has a lot of catching up to do and expects the first 100 days will see a raft of environmental legislation reinstated – indeed on his first day in office Biden set to work signing an executive order directing agencies to “roll back” more than 100 of President Trump’s actions on the environment, including the go-ahead for the controversial Keystone XL pipeline to bring heavy crude oil from Canada.

Biden followed up this week by signing a new raft of more executive actions to combat climate change, including pausing new oil and gas leases on federal land and cutting fossil fuel subsidies.

The new president has committed to restore science to the heart of policymaking. He has named Eric Lander, who was one of the leaders of the Human Genome Project, as his chief science advisor. And for the first time the post-holder will sit in cabinet alongside heads of the federal agencies. In another sign of the role the climate will play, he has nominated a climate champion for each relevant agency, such as transport.

WRI’s U.S. director Dan Lashof told journalists earlier this month that the commitment to take action from day one was tangible: “You don’t assemble an all-star team and leave them on the bench.”

Biden also needs all Democrats in Congress on side to get a $2tn Green New Deal through.

Brian Deese, who played a key role in negotiating the Paris Agreement as a senior adviser to President Obama and then joined BlackRock as global head of sustainable investing,will head the National Economic Council. Speaking at the Reuters Next virtual conference earlier this month, he said the president’s approach to rescue and recovery would involve “putting solving climate crisis at the centre of creating jobs”. 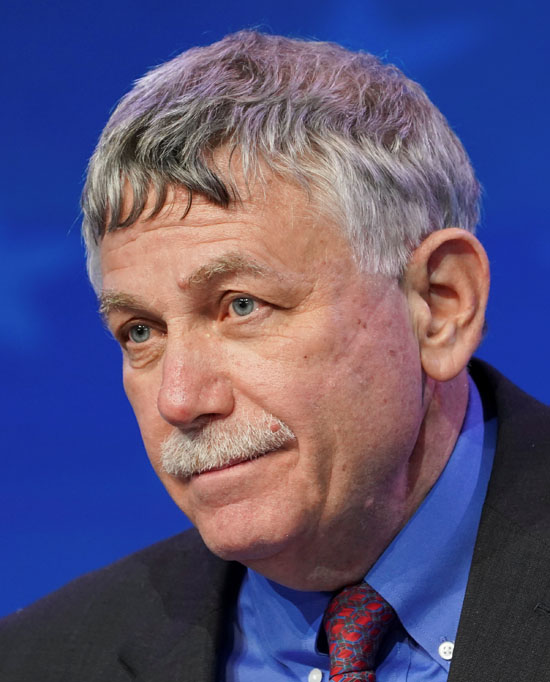 Eric Lander will be the first chief science adviser to sit in the cabinet. (Credit: Kevin Lamarque/Reuters)

In the automotive sector those investments would be made in a way that “not only significantly accelerates toward the emissions-reductions goals that we desperately need to achieve, but do so in a way where we're actually positioning ourselves to compete for growing export markets.”

The administration will need to shape long-term policy to bring in the massive private sector investment that will be needed to get to net-zero. Key components of the climate agenda include advancing the shift towards zero-emission vehicles through harnessing the federal government procurement system; making all new buildings net-zero by 2030 and halving emissions from existing buildings by 2035; and decarbonisation of the power sector by 2035.

The administration might look to New York, which last week opened bidding for new long-distance power lines that will bring renewable electricity, as well as awarding offshore wind farm contracts to Equinor and BP.

There have already been huge advances in clean technology, but much remains to be done. A $400bn investment in clean energy and innovation is promised over the next decade. A new Advanced Research Projects Agency, dubbed ARPA-C, will be focused on climate, with an emphasis on R&D to cut the cost of green hydrogen and grid-scale storage, for example.

This will also be a year for the U.S. to rebuild external relationships. Biden has indicated he’ll honour a pledge made under the Obama administration to commit $3bn to the Green Climate Fund to help developing countries adapt to the impact of climate change: just $1bn had been dispersed before President Trump stopped the funding, while countries such as the UK, France and Germany doubled their initial pledges.

All eyes on China

IN SEPTEMBER, China’s leader Xi Jinping pledged that China would be carbon-neutral by 2060. It was a tectonic shift in policy, but offered little by way of detail, including an accelerated timetable for its Paris Agreement commitment to peak emissions by 2030.

China is drafting its latest five-year plan, to be unveiled in March. Observers will scrutinise it to find out when exactly China expects its emissions to peak. China is studying several transition scenarios, but it wants to compete for climate leadership – and with it control of the resources required for low-carbon supply chains. Another step forward will be the launch next month of its long-awaited carbon market for the power sector. 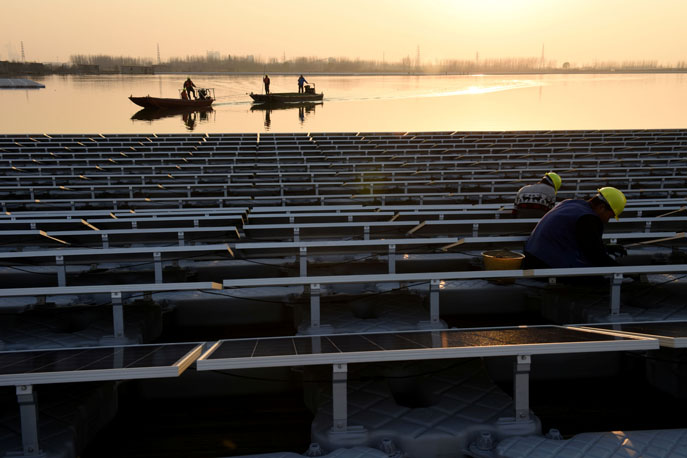 China has pledged to be carbon-neutral by 2060. (Credit: Reuters)

The EU already has a carbon-trading system, which China’s will exceed, but Europe has to go further to meet its 2030 emissions reduction targets. As part of its Green Deal, proposals are expected this year for a carbon-border tax, which would be applied to imported goods that are made in a more carbon-intensive way than domestic products. Steel and cement would be amongst the first candidates, and the taxes raised would help fund recovery. Carbon taxes are also being discussed in the U.S.; indeed there have been several attempts to introduce bills in the Senate, the latest last year.

Make or break year for biodiversity

INTERNATIONAL ATTENTION is on the natural world and our food systems as never before, but whether it translates into meaningful action remains to be seen. European Commission president Ursula von der Leyen told world leaders at the One Planet Summit earlier this month that the “stakes could not be higher, and the imperative to act could not be more compelling”.

A coalition of 52 countries made the commitment to halt the destruction of ecosystems by protecting 30% of the planet’s land and oceans by 2030. They hope that their early undertakings will provide the stimulus to agreement on the goal at a global biodiversity summit in Kunming in China later this year. The UK government said it would commit £3bn (of the £11bn it has allocated for international climate finance) to support nature over the next five years. Others, including the World Bank and the French government, have committed $14bn to efforts to restore the Sahel, on the southern edge of the Sahara.

The Great Green Wall aims to plant an 8,000km-long patchwork of trees and grasslands across the width of Africa, but has faced challenges of governance and a lack of political support from the governments of the nations it encompasses. By last September just 4% of the target area had been covered, although the project is more than halfway through. 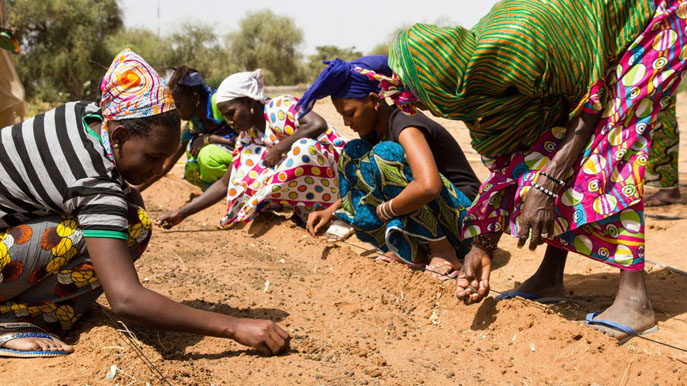 This year should see the EU introduce measures to minimise the likelihood of products linked to deforestation being sold in its member states. At the end of last year, member states finally signed off on a €750bn recovery programme, of which 30% is earmarked for spending on climate projects, with a principle of “do no harm”.

Its next seven-year research programme, Horizon Europe, will also allocate resources to research on biodiversity and animal health.

Food and farming are big issues both for the EU, with its Farm to Fork strategy to support the transition to sustainable food systems, and the UK, as it navigates a post-Brexit world.

ENVIRONMENTAL GROUPS are dismayed that the UK’s Environment bill, which tackles a raft of issues on improving the natural environment and environmental protection, has been further delayed - and won’t now progress until the next session of parliament.  Late last year the government tabled amendments to impose obligations on UK companies to ensure that products they source, such as palm oil and beef, would have been grown in accordance with local laws. But groups like WWF point out that significant deforestation is carried out legally, and in any case, local laws aimed at preventing deforestation are often weak. 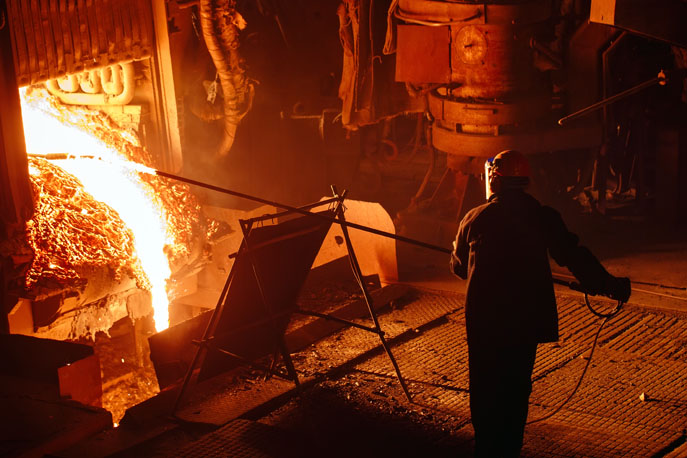 A new deep-coal mine in the UK will provide coke for manufacturing steel. (Caption: David Tadevosian/Shutterstock)

Tackling buildings is key to achieving it. Last week, the government set out efficiency and heating standards so that new houses built by 2025 will produce 80% less emissions than those built today. New homes constructed this year will have to produce 31% lower emissions.

Industrial decarbonisation is another challenge. But environment groups are shocked that the government has refused to interfere with a decision to allow a new deep-coal mine that will provide coking coal for steel making. They say it is at odds with efforts to persuade other nations to ditch coal.

Campaigners must be hoping that these moves are not a foreshadowing of what the government’s mantra of developing “world-leading” environmental legislation in the run-up to COP26 really means.

This article appears in the January 2021 issue of the Sustainable Business Review. See also:

‘Many countries are saying no more internal combustion engines. The U.S. needs to say it too’

Where is Big Carbon in the race to net zero?