The World Economic Forum’s (WEF) annual summit looks and feels remarkably different this year. Obliged to shift online because of the pandemic, there are none of the usual snow-covered vistas or private jets associated with the Swiss ski resort of Davos, where the meeting usually takes place in the last week of January.

Yet, the less glittery vibe is not the only change. As the suite of special addresses, leadership panels and webinars testify, this year’s online version of WEF reveals a marked shift in tone and focus. In the shadow of Covid-19, sustainability has gone from being part of the summit agenda, as in previous years, to the agenda.

For Dominic Waughray, the attention now afforded to themes such as “healthy future”, “fairer economies” and “better business” is as timely as it is necessary.

There is no time to wait, says the managing director of WEF’s Centre for Global Public Goods. When it comes to “how to save the planet” (Waughray’s brief, in short, and another key theme for the summit), the next 10 years are do or die. Or, in his words: “It’s no good mobilising in 2031.”

We're in a very, very unique moment in human history … sustainability is a cresting mainstreaming issue working across all horizontals

As for timeliness, the tectonic plates needed for macro change are – in his view – finally swinging into line. Think: radical innovation, automated technologies, detailed environmental data, public awareness, and, above all, a new spirit of public-private cooperativeness.

“We're in a very, very unique moment in human history on this one … this [sustainability] is a cresting mainstreaming issue that is working across all horizontals of the economy.”

Mainstreaming, in essence, is what WEF is all about. Almost unique among international organisations, this 50-year-old institution has the power to convene heads of states and captains of industry on the same platform. 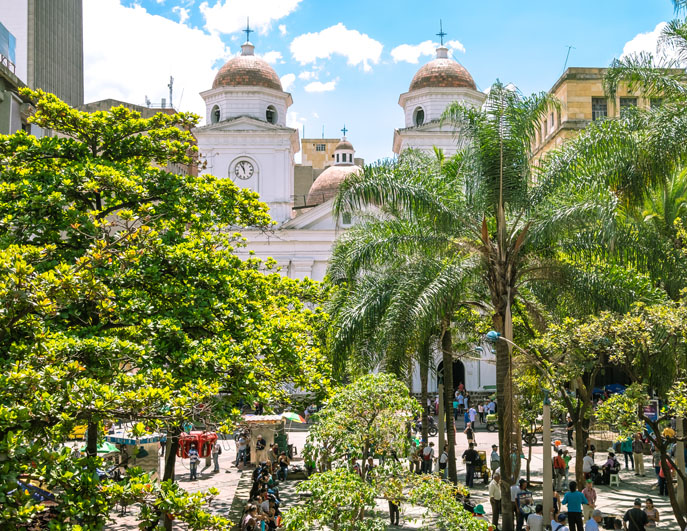 That explains the razzmatazz and podium speeches (phenomena that will return in May, assuming WEF’s plans for a physical meeting in Singapore come off), but it also clarifies the efforts to back up blue-sky debate with real-world action.

One example is its new BiodiverCities by 2030 initiative, launched at the summit. WEF is convening a high-level commission of 25 world-renowned experts and practitioners from across government, business, academia and civil society to develop a practical framework to assist city authorities to adopt more “nature-positive” models of urban economic growth.

The initiative will draw on WEF’s UpLink platform, a “digital crowd-engagement” network that links together development-minded entrepreneurs, and is heavily backed by the government of Colombia, a country keen to demonstrate its investment credentials after decades of conflict.

What this framework will look like and how it will be used are questions that still await answers, concedes Waughray. Of course, unknowns are true of any new project, but for WEF’s mode of working, blank sheets are nothing to be feared.

“We can break issues down and turn them into actionable chunks of work, which we then draw key stakeholders around to help.”

At any one time the Geneva-based organisation runs around three dozen working groups on issues as diverse as the internet of things and quantum computing to inclusive economics and the fourth industrial revolution. Collectively, these cross-sector Global Future Councils bring together more than 800 subject experts from around the world.

The Platform on Global Public Goods, which Waughray heads up, has programmes focused on agricultural development in Asia and Africa, natural climate solutions, ocean health, decarbonised freight, and product reuse, among others.

Dialogue and debate may well lead to a “different kind of drumbeat” than a more campaign-oriented organisation, he concedes, but they don’t necessarily preclude speed or prohibit experimentation.

Citing BiodiverCities by way of example, Waughray says once a working model is agreed, the intention is to test it in practice and encourage its rapid roll-out. A classic path to innovation, in short.

Waughray, who began his career as a natural resource economist at the UK’s Institute of Hydrology, helped steer one of WEF’s most impactful programmes, a global cross-sector endeavour designed to improve how the planet’s water resources are valued and managed.

Launched at Davos in 2010, the Water Resources Group kicked off with three, relatively small-scale demonstration projects. Today, the programme (now housed in the World Bank) has supported water projects in 21 countries that total more than $893m in investment and have cut more than 523m cubic meters in water extraction.

For Waughray, the Water Resources Group’s success highlights a number of truths about multi-stakeholder working. First, and most importantly, it puts the “basic plumbing” in place for bringing about long-term, effective system transformation.

Second, it brings the people on board who need to be on board. Every industry has its fast-movers and its laggards, he notes.

Critics see a willingness to work with the latter as evidence of lack of ambition. But what, Waughray argues, if their non-involvement later becomes an impediment to change?

The founding partners of the Water Resources Group, for instance, included beverage giant Coca-Cola, which at the time was embroiled in a fight over its alleged depletion of freshwater reserves.

Macro-challenges bring with them an “enormous set of intricacies and challenges”, Waughray insists: “That's why a space like the World Economic Forum that can bring together different stakeholders who've got knowledge [and] influence is hugely important.”

This year’s WEF annual summit may be sadly lacking in après-ski parties. But never have the invitations or the opportunities for people to join sustainability’s dancefloor been greater – nor more urgent.

This article appears in the January 2021 issue of the Sustainable Business Review. See also:

‘Many countries are saying no more internal combustion engines. The U.S. needs to say it too’

Where is Big Carbon in the race to net zero?