Policy Watch: On eve of COP26, all eyes are on whether G20 will step up on climate ambition

In her latest monthly column, Angeli Mehta sees room for optimism that the Glasgow climate talks will alter the current trajectory of a disastrous 2.7C rise in warming by the end of the century

As the clock ticks down to COP26, first the good news: more nations have committed to net-zero targets, the United Arab Emirates and Australia will come to the table with a commitment to reach net zero by 2050; Russia and Saudi Arabia have both said they’ll cut emissions but won’t reach the net-zero milestone until 2060. Brazil is reportedly coming to COP with a commitment to bring its target forward to 2050.

Saudi Arabia said it would spend $187bn on climate action, including cutting emissions by 278m tonnes annually by 2030. If achieved, this would amount to a 47% reduction in its estimated annual emissions. However, the world’s largest oil exporter has no plans to ditch fossil fuels; rather its approach seems to be based on adopting a circular economy, tree planting and land-restoration.

Reuters reports that Russia will target a 79% cut in its emissions by 2050, in part through a shift from coal to gas, nuclear and renewables. However, its emissions are not set to peak until 2030. Unlike Saudi Arabia, Russia does foresee oil and gas exports declining.

At present we would be on course for an average temperature rise of 2.7 degrees by the end of the century

These latest announcements mean that all G20 countries, which between them account for 80% of greenhouse gas emissions, have now set net-zero targets. (Although not all plan to achieve net zero by 2050).

In any case, it’s the 2030 targets that really count if we’re to turn prospects around. The UN Environment Programme finds a 28bn-tonne emissions gap between current ambition and where we need to be to have any hope of limiting average warming to 1.5 degrees. At present we would be on course for an average temperature rise of 2.7 degrees by the end of the century.

A way needs to be found in the next couple of weeks to close that gap. G20 climate and energy ministers agreed in July that they would increase the ambition of their nationally determined contributions, or NDCs, which set out the efforts each will make to reduce national emissions and adapt to the impacts of climate change. 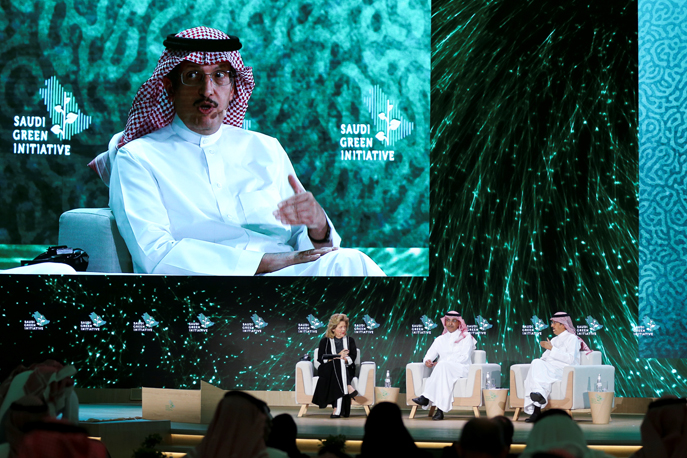 This week, China published its plan for peaking CO2 emissions, but provided no new details on either the timing, level of peak emissions or rate of reduction thereafter.

“All are crucial questions for the global emissions trajectory,” says Lauri Myllyvirta, lead analyst at the Centre for Research on Energy and Clean Air (CREA). But he would “be very surprised if the government was prepared to make new commitments in Glasgow that would address these questions in a substantial way, given that the policies that have been issued in recent days are so open-ended.

He added: “At the very least, the message needs to be clear to Chinese negotiators that continued emissions increases from China until late this decade are not acceptable, or compatible with the Paris Agreement.”

Alok Sharma, has stressed the G20 will ‘make or break’ any success in Glasgow

Expectations of the G20 leaders meeting this weekend in Rome are low, with no signs of an agreement on phasing out coal or even on a 1.5C ceiling for global warming. Indeed, Greenpeace and BBC News say they’ve seen leaked documents showing five of the G20 nations attempting to “water down” the IPCC’s upcoming assessment of how to tackle climate change.

COP26 president, Alok Sharma, has stressed the G20 will “make or break” any success in Glasgow, while leaders of nine nations have written to the group urging them to show international leadership on both climate action and financing for the developing world.

A delivery plan for the long-promised $100bn a year for the developing world indicates that the target will finally be reached in 2023. Soundings taken by the German and Canadian ministers who worked on the delivery plan suggest additional pledges will be made this year. Whether those estimates will be enough for developing nations remains to be seen. However, E3G’s Evans suggests “it provides some level of confidence to developed countries that there's been real escalation in effort to deliver that finance, and that's really important, because $100bn is probably more about trust than about providing the climate finance to unlock transition”.

As Bangladesh’s Prime Minister, Sheikh Hasina, points out in an article for the Financial Times, $100bn is “tiny compared with what developing nations will need in order to build a zero-carbon future”. Her country, which faces flooding as well as water insecurity, has cancelled plans for 10 coal-fired power plants and has set a target for 30% renewable energy supply by 2030. Climate finance would speed things up, she suggests, but developed nations need to address the high cost of capital, compounded now by Covid-related debts.

That’s something the delivery plan doesn’t talk about, but will have to be addressed at the G20. 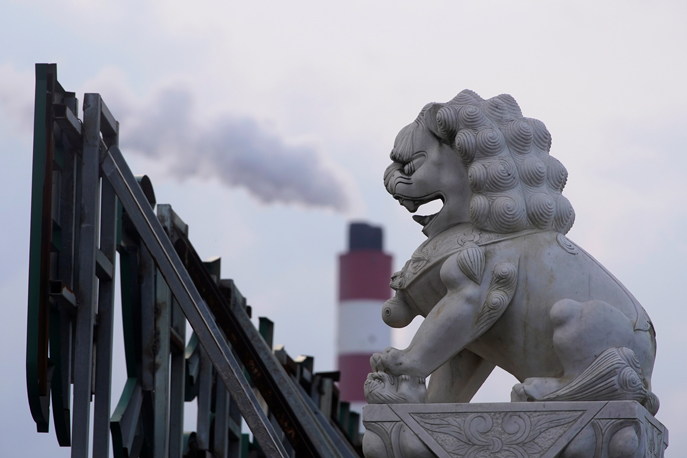 The upcoming negotiations at COP26 may be made harder by domestic politics in much of the developed world. The U.S. president is struggling to get the agreement he needs for policies that would make U.S. pledges tangible, although National Security Advisor Jake Sullivan told journalists he didn’t think “that world leaders will look at this as a binary issue — ‘Is it done?  Is it not done?’ They’ll say: ‘Is President Biden on track to deliver on what he said he’s going to deliver?’  And we believe, one way or the other, he will be on track to do that.”

In the UK, meanwhile, publication of a long-awaited net-zero strategy left unanswered many questions about how it will all be paid for. (See Analysis: Treasury’s caution raises red flags about UK’s net-zero strategy). The Chancellor’s subsequent budget and spending review did nothing to answer those questions, and far from investing more in the transition, gave tax breaks to domestic air passengers and kept fuel duty (on petrol and diesel sales) frozen.  Nick Molho, executive director at the Aldersgate Group, said it was disappointing the budget “contained so few references to the Treasury’s role in supporting the UK’s net-zero transition and its other environmental ambitions”.

The ongoing global energy crisis has prompted debate about the speed of transition – although the International Energy Agency flatly rebuffed “inaccurate and misleading” suggestions that spiralling gas, coal and electricity prices are driven by the energy transition. China has ordered more coal to be mined but also announced it has begun construction on the initial 100GW phase of a massive wind and solar project. But there’s little detail, even on where the project is located.

On another stage, nations have held virtual talks on the first phase of the UN Biodiversity conference (COP15). It’s hoped they will agree next year to protect 30% of land and water by 2030. One hundred countries adopted the so-called Kunming Declaration, which highlights President Xi Jinping’s philosophy of “Ecological Civilisation”. Lin Li, director of Global Policy and Advocacy at WWF. described the declaration as a “show of political will” to address biodiversity loss, but added: “Its impacts will lie in how it is put into action. It is still critical for governments to turn these words into reality.”

The Chinese leader announced a $232m (£168m) fund for biodiversity protection in developing countries. Brian O’Donnell, director of Campaign for Nature, said he hoped the pledge was just the start of China’s financial commitment, as finances lag behind ambition. Wealthy nations need to commit at least $80bn per year to support developing countries, indigenous peoples and local communities to safeguard nature, he added. 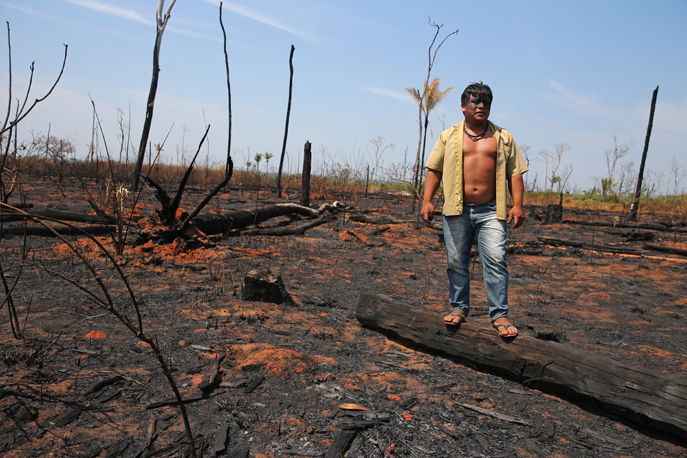 U.S. legislators have launched a bipartisan bill, the Forest Act, designed to ban the import of agriculture commodities such as palm oil, rubber and cocoa, if their production contributed to illegal deforestation. It would make importers accountable, but countries without effective protection against illegal deforestation would also get financial and technical help to develop protections.

Countries taking action beyond their borders is essential as commercial agriculture is the biggest driver of tropical forest loss, and as such is a big contributor to greenhouse gas emissions from land-use change.

After COP26 there will be a global stocktake of progress in 2023. The next two weeks will determine whether the parties to that discussion will look back on Glasgow as the moment when climate action really got under way.

This article is part of our pre-COP26 Sustainable Business Review. See also:

Brand Watch: Corporates hope fight against deforestation in supply chains will get boost from COP
ESG Watch: New net-zero standard aims to help investors mind the climate action gap
Investors want to back net-zero, but COP26 needs to come up with a plan, says Günther Thallinger
Alexsandro Broedel: ‘Sustainabililty is part of the business model, not something that stands alone’