Alexsandro Broedel: ‘Sustainability is part of the business model, not something that stands alone’

Alexsandro Broedel is clear about the role that chief financial officers should play in steering a company’s sustainability strategy.  “The CFO cannot be a roadblock,” says the CFO of Brazilian bank Itau-Unibanco. “They need to understand the importance of integrated thinking, integrated management… the CFO has to be the internal voice of the market.”

They also need to play a central role in helping customers meet their net-zero targets, he says, an idea that resonates strongly in Brazil, a country whose environmental record is under constant scrutiny from the international community.

Broedel joined Itaú-Unibanco in 2012, four years after the merger of Banco Itaú and Unibanco created the largest bank in Latin America, with current assets of R$2,155 billion ($387bn), and 60 million customers in 18 countries.

All businesses’ units have to be involved. Sustainability can’t be just the agenda of one team or one department

In its various forms, it is also the only Latin American financial institution to be part of the Dow Jones Sustainability Index since its inception in 1999.

Broedel also holds roles at various global bodies, including the International Accounting Standards Board (IASB), and is visiting lecturer at the London School of Economics (LSE) and professor at the University of São Paulo.

He believes the whole financial function – not just the role of the CFO – has changed over the last 10-15 years, as climate change and commitments to net zero have moved into mainstream business thinking. 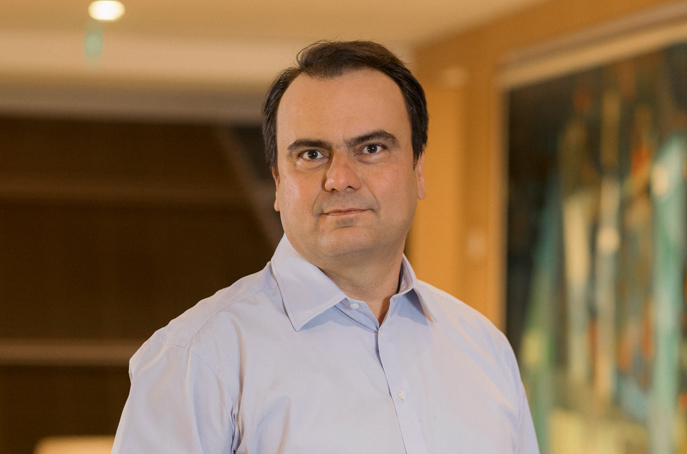 Alexsandro Broedel: ‘It's a brave new world ... CFOs have to adapt.’

Once seen as a barrier to “costly” initiatives around sustainability, CFOs now perform a crucial function, providing the information companies need to make sound business decisions and address risk, he says. At Itaú -Unibanco it’s a role that also means bringing what investors want “to the attention of the internal executives, who sometimes don’t have this perfect market vision”, he explains.

“It is important to understand sustainability as part of the business model, not as something that stands alone,” he continues. “It shouldn’t be something that we just comply with; it really needs to be integrated in the whole decision-making process.

“All businesses’ units have to be involved… Sustainability can’t be just the agenda of one team or one department.”

The traditional company report was mainly focused on a pure financial matrix, and normally backward looking

To support this, the bank has encouraged staff from the sustainability team to move into other areas of the business such as finance, mixing up skillsets and bringing in new thinking and ideas. For instance, he explains, members of the asset-management team are now involved in developing sustainable products, combining their financial acumen with a new understanding of the type of information and product that investors want, he says.

Reporting is another way of communicating with customers, and Broedel is a keen advocate of the integrated report; he is also on the board of the International Integrated Reporting Committee (IIRC).

“The traditional company report…  was mainly focused on a pure financial matrix, and normally backward looking,” he says. “Generally, the idea was to explain what had happened.”

In 2016, Broedel changed this and introduced the bank’s first integrated report, which brings together information to show not just how it does business but also how it creates value. 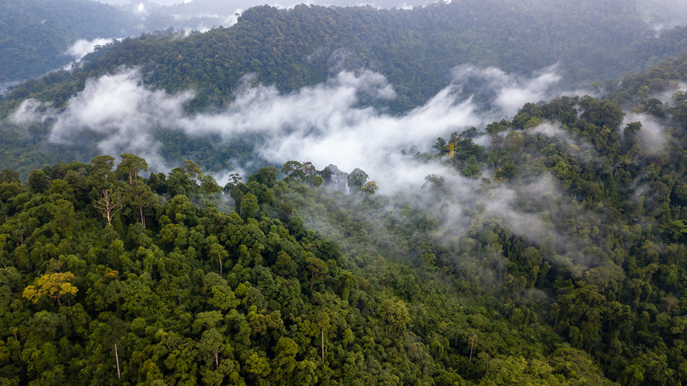 “The narrative nowadays is much broader,” he says. “There were set ways of issuing financial information, but now we are also releasing much more diverse information on environmental matters, diversity [and] responsible investment.

“You are seeing a growing demand from investors for more sustainable practices,” he explains. “It is important that people understand how sustainable your business model actually is [and] how resilient your company is.”

Broedel also has an advisory role around the bank’s positive impact commitments, which guides its decision-making and ensures that environmental, social and governance (ESG) issues are integrated into the business and its stakeholder relations. This was bolstered earlier this year with the introduction a sustainability finance framework for issuing sustainable debt under social and environmental criteria.

If you are not convinced about what you are doing, and just doing it because of compliance, I think your involvement will be quite superficial

As the bank looks to further mitigate its ESG risk, there is additional scrutiny around a list of sensitive industries, including mining, agribusiness, and oil and gas, which undergo a sperate environmental and social risk methodology.

Carbon pricing also plays an important role in the analysis of companies that the bank works with. The bank calculates the financial impact of emissions on a company’s market value, he explains, an approach which he believes gives investors a more accurate analysis of the risks and opportunities involved, while also encouraging companies to adopt best practices.

Itaú-Unibanco has also partnered with three other banks, including the NatWest Group, to launch Project Carbon, a carbon offset platform that is bringing more transparency to the offsetting market. It is aligned to the Taskforce on Scaling Voluntary Carbon Markets, and Broedel sees offsetting as an important part of a low-carbon economy, which can, by offering clear and consistent pricing and standards, help companies to achieve their net- zero goals. 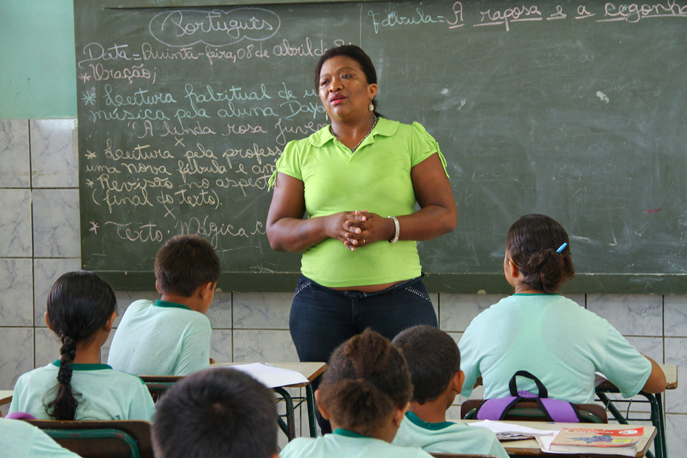 The bank is investing in sectors that have a positive social impact, such as education. (Credit: Hilario Junior/Shutterstock)

By 2025, the bank has committed to have allocated R$400bn to sectors that can have a positive impact on society, he explains, including education, renewable energy and basic sanitation. These are some of the areas that Broedel hopes private companies will begin to invest in through the Amazon Plan, which Itaú-Unibanco launched last year in partnership with two other Brazilian banks, Santander and Bradesco, to promote the sustainable development of the Amazon.

The plan includes 10 measures targeting the three areas considered the top priority for the region: environmental conservation and the development of a bioeconomy; investment in sustainable infrastructure; and the guarantee of basic human rights in the Amazon.

Green finance will also play an important role in encouraging private sector investors. Green bonds were top of the agenda at a recent meeting of Brazilian CFOs as part of the Accounting for Sustainability network, he recalls, and a sign of the way in which the role of the CFO, and the finance team as a whole is changing.

“If you, yourself, are not convinced about what you are doing [and]) just doing it because of compliance, or someone else told you that this is the new fashion, I think your involvement will be quite superficial,” he adds. “It’s a brave new world in terms of skills and demands… CFOs have to adapt.”

Alexsandro Broedel is a member of the Accounting for Sustainability CFO leadership network, which was launched in 2013 by His Royal Highness the Prince of Wales and has chapters in Europe, Canada and the U.S.

This series of interviews with CFOs is part of knowledge-sharing ahead of Reuters Events Sustainable Finance & Reporting Europe on 25-26 November, a virtual event that will bring together more than 2000 sustainability professionals, policy makers, and finance executives to discuss the transition to a sustainable, climate-friendly economy. You can register to attend here

See also: Melanie Kreis: ‘If we are serious about net zero, we need to know how much it will cost’

This article is part of our pre-COP26 Sustainable Business Review. See also:

Policy Watch: On eve of COP26, all eyes are on whether G20 will step up on climate ambition
Brand Watch: Corporates hope fight against deforestation in supply chains will get boost from COP
ESG Watch: New net-zero standard aims to help investors mind the climate action gap
Investors want to back net-zero, but COP26 needs to come up with a plan, says Günther Thallinger