It is said that one of life’s only certainties is tax. Discussions on taxing carbon have reached a new intensity this year, with the EU set to propose carbon taxes on some imported goods, and the UK examining its options too.

There’s no single carbon price across the globe – individual bloc or country trading systems haven’t linked up as was hoped. Indeed, it’s a moot point as to whether the UK will link to the EU scheme that it has just left. Last week, it announced that when auctions of permits begin in the second quarter of this year, the minimum price will be £22 per tonne. This is still some way off prices in Europe’s ETS, which reached a record of more than €38 (£34) earlier this month.

The European Commission released the results of a consultation exercise on whether to introduce a carbon border tax on imports of carbon-intensive goods from countries that are not taking tough enough action on climate. Respondents certainly seemed to think that a border adjustment mechanism would address the issue of carbon leakage and have a positive impact on climate action. The European Parliament’s environment committee voted to support such a scheme, if free carbon allowances being given to heavy industry were phased out.

In an online discussion with former EU Trade commissioner Peter Mandelson, its executive vice president and Green Deal supremo Frans Timmermans said that the more other nations adopt carbon-pricing systems the less need there would be for adjustment at the border. 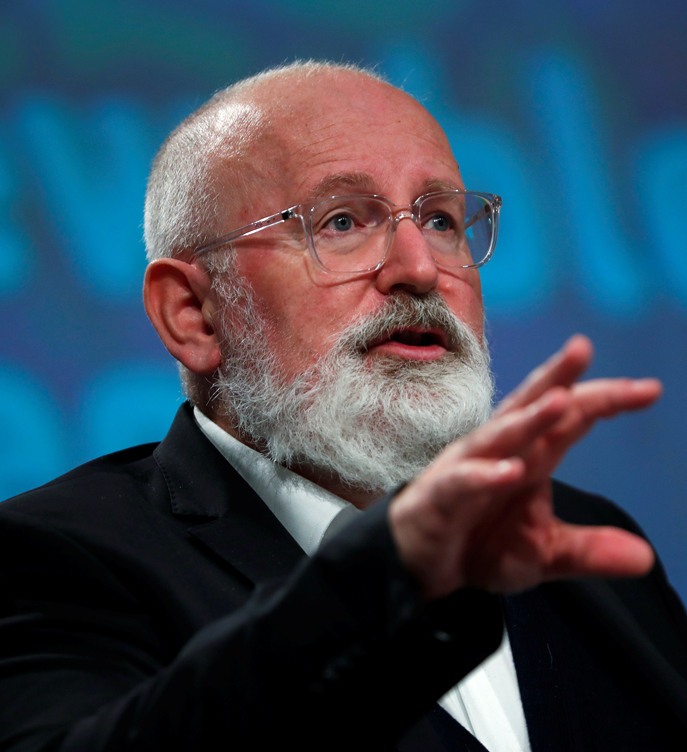 But he warned that if COP26, the UN climate conference that will be held in Glasgow in November, is not successful in accelerating climate action, the EU would certainly press ahead: “It’s a matter of the survival of [European] industry.”

Boris Johnson is reported to want to use the G7 summit in June (which the UK will also host) to build international consensus on carbon border taxes. He has also asked departments to look at an economy-wide carbon pricing mechanism.

In the U.S., President Biden’s newly appointed treasury secretary, Janet Yellen, has previously voiced her support for carbon pricing and the new administration is also considering a carbon border tax. Whether these discussions go anywhere at COP26 will depend on what other kinds of support might be in place for countries who would be hit hardest by such moves.

Biden has also begun the complex process of revising the social cost of carbon, used in cost-benefit
analyses to inform climate policy, and which was cut by the Trump administration

Encouragingly, as China prepared to greet the new Year of the Ox, its long-awaited national emissions trading system (ETS) got under way. Initially confined to the power sector, it’s not expected to have a big impact in the short term, but is one tool that can help China meet the more ambitious climate goals laid out in December by President Xi. Other sectors are expected to join later.

One signal, perhaps, of the seriousness of China’s intent came when the National Energy Administration was publicly lambasted for its failure to clamp down on coal. According to Global Energy Monitor, China built three times the coal power capacity of the rest of the world combined last year while construction permits for new coal projects accelerated.

The unusually critical report from an inspection agency that was set up by the president, left observers optimistic its verdict would mean the cancellation of coal projects and a boost for renewables – although a lot depends on the political determination at the top. The growing international momentum on climate action may help put a brake on coal. 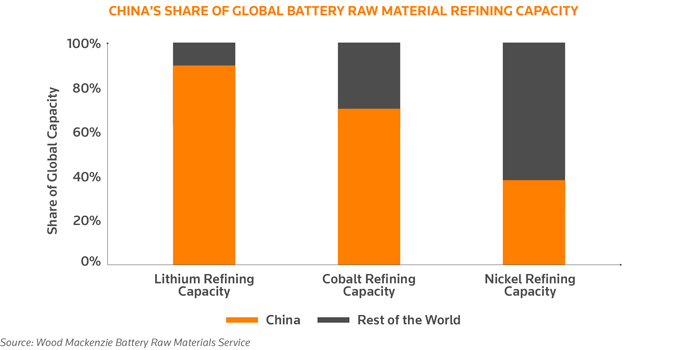 Elsewhere, Singapore’s parliamentary environment committee is calling for a 15-fold increase in the country’s carbon tax from its current S$5 per tonne to between S$75 and S$120 a tonne by 2040. The New Zealand government is considering tightening the cap on its ETS after the country’s independent climate commission said it would have to raise its nationally determined contribution because the current pledge is incompatible with the goal of the Paris Agreement.

Australia’s premier Scott Morrison used an address at the National Press Club to reject any idea he would ever put a price on carbon. Significantly, however, he did say he wants the country to get to zero emissions “preferably by 2050”.

Late last month, the new US president signed executive orders for a review of permitting processes to get a doubling of offshore wind capacity by 2030, and to exhort federal government to buy electric vehicles, specifically EVs made in America (and thus creating new jobs). Having almost 650,000 vehicles go electric might not put a big dent in U.S. emissions, but observers hope the order will both spur U.S. carmakers to increase their zero-emission vehicle ambitions, and encourage consumers to take the plunge.

A big issue may be availability of raw materials. Analysis by Wood Mackenzie shows just how much of a stranglehold China has on both supply and refining capacity for key battery materials.

Joe Biden has pledged to make the Amazon a foreign policy priority. Now a group of former U.S. cabinet officials and climate negotiators are urging him to coordinate global action and to pull some key policy levers to protect it. These would include financial aid as well as aligning trade policy with climate policy for the Amazon.

The degraded state of the Amazon rainforest speaks to the findings of a landmark review, commissioned by the UK Treasury, that concludes we must change our measures of economic success to protect biodiversity. The Dasgupta Review says our current path of making demands on nature that far exceed its capacity to supply is born of a “deep-rooted, widespread institutional failure”.

The report’s author, economist Professor Sir Partha Dasgupta, said: “Nature is our home. Good economics demands we manage it better.” His report urges governments to ditch GDP as a means of national accounting and use one that takes account of nature. 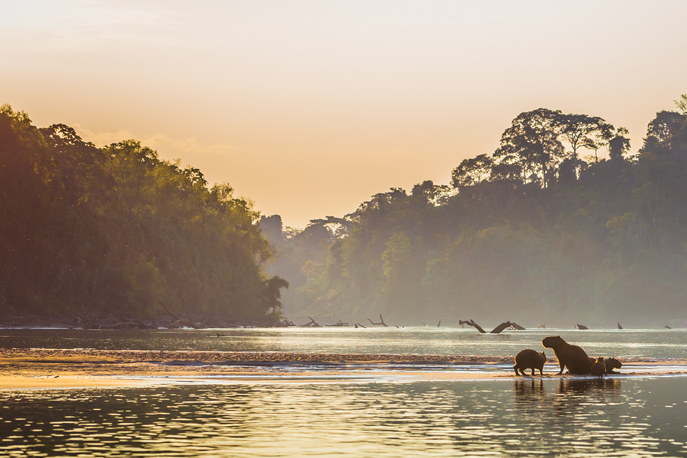 It’s ironic, then, that the Dasgupta review emerges just as the UK government is considering proposals to actually protect four of what are designated as Marine Protected Areas (MPAs) around its shores – by banning destructive bottom trawling. (See Time ‘is rapidly running out to save oceans’) Analysis by NGOs finds that the practice, which undermines the capacity of oceans to absorb CO2 as well as depleting biodiversity, goes on in almost all the UK’s 73 MPAs. The UK government also plans to bring forward legislation to protect peat bogs, which are hugely important carbon sinks. But again, the proposals apply only to a narrow subset of protected habitats.

The Colombian government, meanwhile, is to lead efforts to pilot an international initiative to create BiodiverCities – a network of nine Colombian cities aiming to include biodiversity in their urban development models.

There’s been much talk of a just transition as nations and governments decide how to tackle climate change. Denmark’s minister of climate, energy and utilities, Dan Jørgensen, will chair a new initiative launched by the International Energy Agency to look at the social and economic impacts of the shift to clean energy. Ministers from 15 countries, including Guyana, Senegal and Indonesia, will come up with recommendations ahead of COP26.

But citizens are still far ahead of governments in their appetite for climate action: four French environment groups successfully made the case that the French government had failed to address the climate crisis and reneged on its commitments. The case was brought after 2.3 million people signed a petition.

The UN Development programme released the results of its survey of 1.2 million people in 50 countries, and found a consistent demand for climate action across all age groups, with more than 60% saying climate change is a global emergency. The most popular policies to address it were conservation of forests and land, renewable energy, climate-friendly farming techniques and investing more in green business and jobs. Support for action was strongest in some of the wealthiest and highest-emitting countries, including the U.S., UK and Australia. 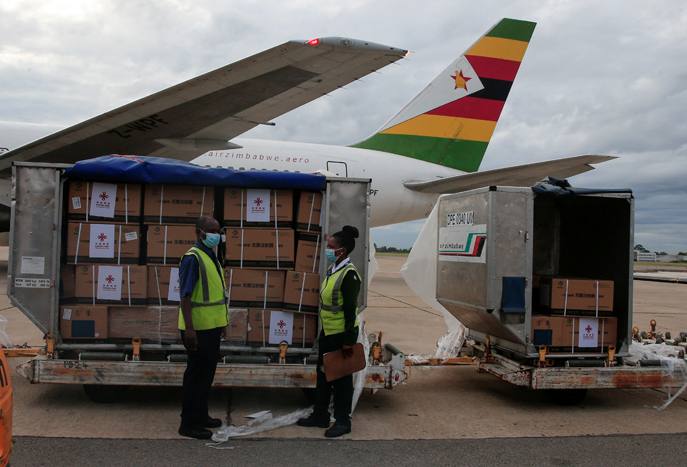 Like climate change, the Covid-19 pandemic has exposed the fragility of global cooperation. The bitter row over Europe’s vaccine supplies has again put the spotlight on vaccine nationalism, with the very real prospect that many poorer countries won’t have widespread protection from the virus, for at least a couple of years. According to the Bill & Melinda Gates Foundation, supplying low-income countries with vaccines would cost an estimated $25bn while failure to do so could slow the global economic recovery, with high-income countries losing $119bn per year. Yet just $6bn has been pledged to the COVAX programme to ensure equitable access to vaccines, while $5.8bn has been contributed to the WHO’s programme to accelerate access to tools to fight Covid.

Beyond the economics, vaccine nationalism undermines the message to less developed countries that “we are all in this together”.

At Friday’s first (virtual) G7 heads of government meeting, there were the first stirrings of that realisation, if only because China and Russia are engaging in “vaccine diplomacy” and the emergence of variants threatens vaccine efficacy. However, while there was more cash for Covax, there were no commitments on sharing current vaccine supply.

This article appeared in the February 2021 issue of the Sustainable Business Review. See also:

In focus: How far apart are Shell and ExxonMobil on climate?

GM zooms ahead in electric vehicle race, but how green is its e-Hummer?