With a coveted AAA rating, Mexico City issues some $200m in municipal bonds every year. But in December it became the first city in Latin America to close on a green bond worth $50m (1 billion pesos) to finance the Green Corridor, an ambitious plan to build a 23 km “green corridor” along the Eje 8 Sur Popocatepetl, one of Mexico City’s largest arterial roads.

Investor interest was overwhelming: the five-year bond was oversubscribed by two and a half times. Tanya Muller Garcia, Mexico City’s secretary of the environment, says that thanks to the green bond and international technical financial assistance, the dream will become a reality next year, when the city takes delivery of a fleet of 100 electric buses. These will traverse dedicated lanes, connecting with four metro lines and another bus line. Bicycles will share the corridor and new pavements will be built for pedestrians. Trees and green will adorn buffer spaces and wells will harvest rainwater.

To get to this point, Mexico City worked with C40 Cities Finance Facility (CFF) to develop a sellable plan. Launched at the Paris COP21, the CFF assists cities to develop capacity to prepare urban climate change projects and to access financing instruments that will allow them to pull them off.

The Green Corridor is one of the CFF’s two pilot projects. James Alexander, head of the CFF, says Mexico City’s electric bus project is “innovative, transformative and will have a major impact on the city’s carbon emissions and air quality.” Although the CFF worked specifically on Mexico City’s electric bus scheme, Alexander notes, “The hope and intention is that through a capacity-development programme, the city will be in a stronger position to finance the low-carbon projects the mayor wishes to undertake.” 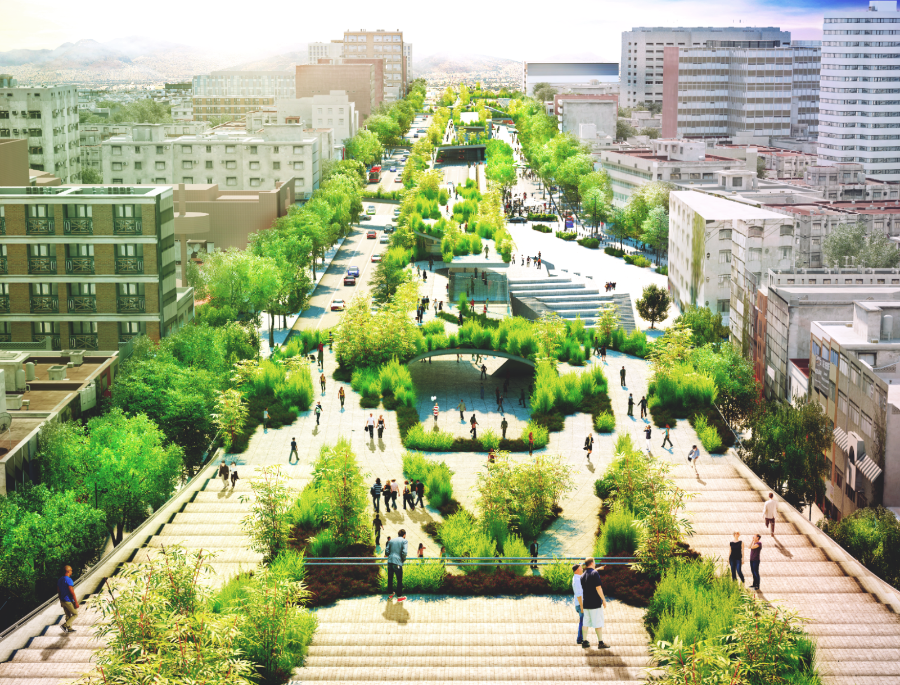 Concept drawing of the Green Corridor

Muller Garcia notes the city has some way to go to implement 102 actions of its climate action programme, which will require investment of some $7.2bn. The goal is to reduce 10 million metric tons of carbon dioxide equivalents (CO2e) by 2020. So far, she notes, 4.38 metric tons have been mitigated.

Transportation is an important part of the equation. With a population of 21 million, and still growing, Mexico City has had a bus rapid transit system in place since 2005. But it also has more than 25,000 unregulated and polluting microbuses, which provide most of the public transport trips every day. Continuing population growth and urban sprawl has also meant a rise in car ownership, contributing to pollution and congestion in the megapolis.

In 2015, the city committed some $150m to expand and modernise public transport, including replacing microbuses that were more than 20 years old with more energy-efficient models, and building upon its BRT, the sixth-largest in the world. The city’s bike-share programme has more than 6,500 bikes on the road and the city’s historic centre is being pedestrianised.

Mexican economist Valeria Moy, executive director of the think tank Mexico Como Vamos? recognises that the city has been making climate-mitigation efforts, but says it has a long way to go.

“You can´t imagine the traffic, there is not enough public transport, and the one that exists is of very poor quality. We use dirty energy, we are stuck in traffic for hours a day, there is no urban planning whatsoever,” she says. However, she notes that the BRT system has been successful, and that people are increasingly using the public bike sharing programme.

Although the green bonds have been a success – even feted with an award – Moy says the real challenge is in how they will be used. “There is very little accountability in the use of public resources in Mexico and these bonds won't be the exception,” she predicts. 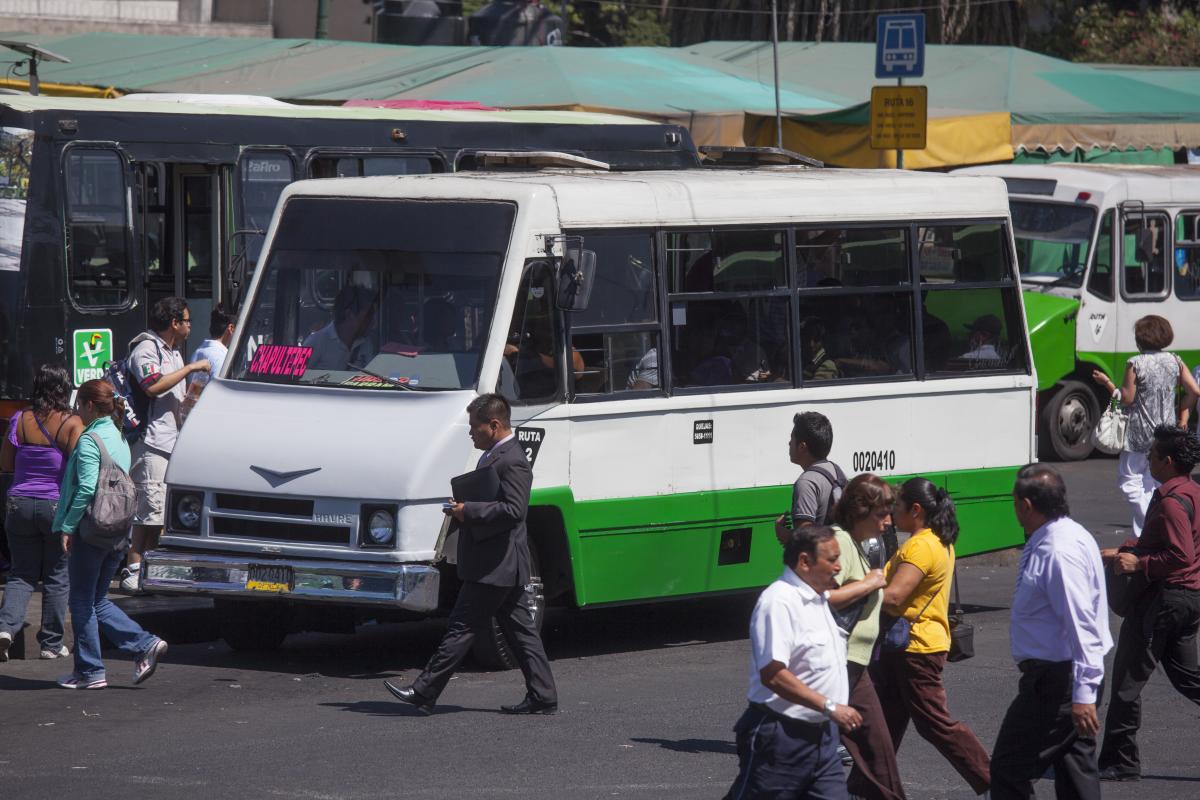 In 2016, Mexico scored 30 in Transparency International's Corruption Perception Index, with a score of 100 being very clean, and 0 being very corrupt. Yet that same year Mexico was in fourth place for countries that received the most in multilateral climate finance, with some $668m. The NGO says Mexico is not alone, with some of the most climate-vulnerable countries in the world ranked lowest on its index, a major risk to the billions of dollars pledged in the Paris Agreement to mitigate climate change and help countries adapt.

However, Muller Garcia says green bonds are more transparent than regular municipal bonds since they are certified by a third party, and require annual technical and financial reports guaranteeing they are used for projects that contribute to emissions reductions or adaptation to climate change. “Investors have more certainty, since they have information about the projects that are being financed and they can keep track of their progress,” she said.

Green bonds, she predicts, will become a common practice in Mexico City. The 2016 green bond that finances the Green Corridor also includes financing for other projects, like LED street light conversion and water supply plant construction and modernisation. This year, the city plans to issue a $75m green bond which, among other things, will increase new resources for the cyclist infrastructure network, says Muller Garcia.

Although the success of the Mexico City green bond demonstrates investor demand for such bonds, banks can be scared away if they perceive cities to lack technical and financial capacity, says Gustavo Jimenez, Mexico City lead for Deutsche Gesellschaft für Internationale Zusammenarbeit (GIZ), the German government’s international development agency.

Jimenez told a C40 Cities forum in London last month that the skittishness can be compounded by the fact that such projects can be a low investment for the bigger banks: a BRT line in an emerging economy might cost as little as $100m.

However, such projects could impact half a million people every day, so cities should endeavour to make the projects “sexy”, he says. In other words, they should be make them low-risk and high-yield, “so investors can take that and make it happen in the real world and in cities because we … are running out of time for sustainable development,” said Jimenez.

Although the Green Corridor bond is the first green bond issued by Mexico City, it is the fourth from the country. In September, Mexico City’s Airport Trust became the first sub-national governmental body in Latin America to issue a green bond. Underwritten by HSBC, the $2bn green bond, listed on the Mexican Stock Exchange, will finance a carbon-neutral airport scheduled to open in 2020. 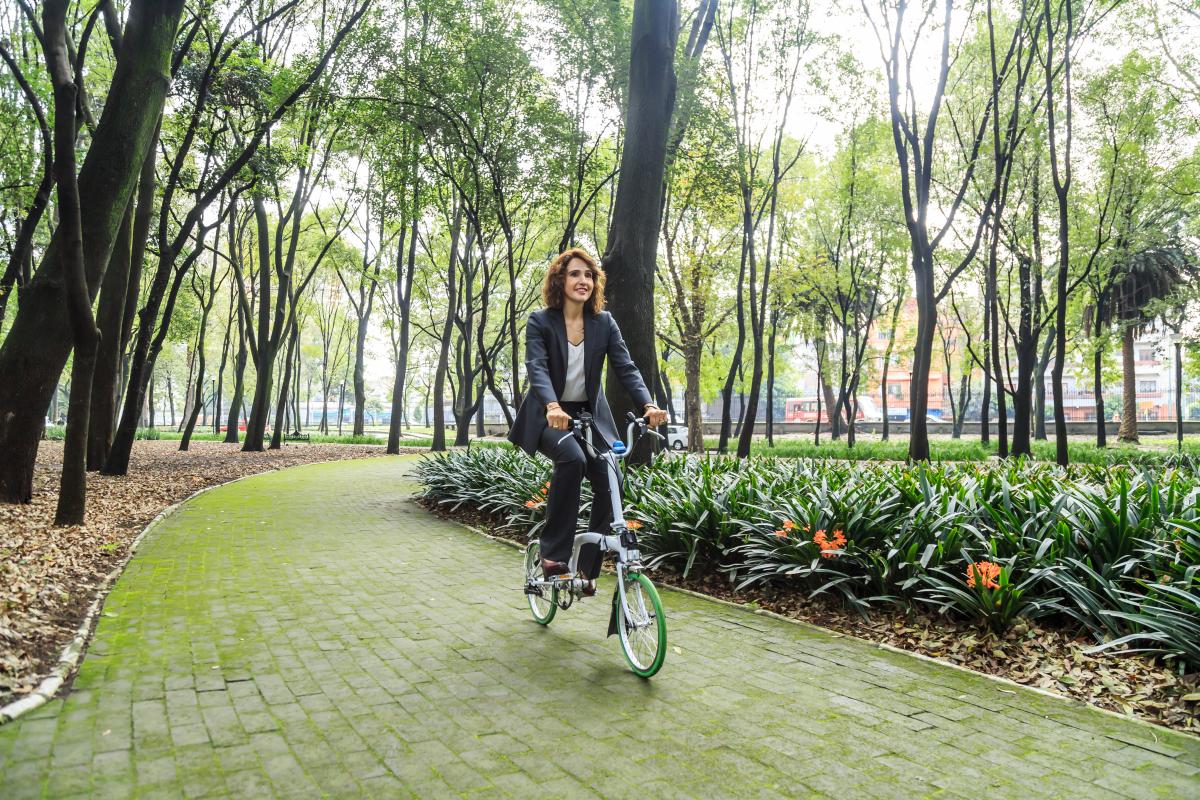 In late October, the country established a Consultative Board for Climate Finance, a joint project of the Mexican Stock Exchange and the Climate Bonds Initiative, to stimulate green investment. The CBFC will orient investors such as pension funds, insurance companies, development banks and investment funds towards green financing, encourage green investments mandates, and certify green projects, among other tasks.

It’s still too early to tell, said Moy, but so long as the projects themselves are financially sound, “peer pressure and international oversight might exert pressure for this [CBCF] to work.”

“We are all part of both the problem and the solutions,” she says. “We not only need resources, but also the willpower to achieve the changes that the city needs in order to reduce pollution emissions and to incorporate environmental responsibilities into our day to day life.”

This is part of our briefing on cities and climate change. See also:

‘Mayors need to lead and they have to move fast’