Comment: Felicitas Weber, project director at KnowTheChain, says its latest human rights benchmark exposes an epidemic of ill treatment, with suppliers to brands including McDonald's, Burger King and Walmart among the worst performers, in stark contrast to how they are rewarding shareholders

The Covid-19 pandemic has pulled the curtain back on exploitation and suffering of workers in the food industry, exposing and exacerbating inequality and unsafe practices. It’s not like we didn’t know some of these things were happening, but in the wake of infection scandals in meat processing factories and reports of workers in increasingly vulnerable conditions around the globe being forced to work without adequate protection, the plight of food sector workers – and the implications for us all – has become harder to ignore.

Last week. KnowTheChain published our latest benchmark on how the world’s biggest food and beverage companies are addressing forced labour in their supply chains. The news is not good. The majority of the industry is failing its workers. Deemed “essential” around the world, yet rendered even more economically precarious by the pandemic, they have been forced to work in exploitative and unsafe conditions. Reports of Nigerian rice workers locked in their factory through lockdown, and migrant labourers in US meat processing plants threatened with sacking if they call in sick are just two examples of an epidemic of ill treatment and corporate irresponsibility.

KnowTheChain gave the 43 largest global food and beverage companies a score out of 100, based on their disclosures on questions such as how far their buying practices incentivise good labour practices among suppliers; what measures they have in place to ensure supply chain workers are not exploited in the recruitment process; how they engage with supply chain workers and their representatives; how they respond to allegations of labour abuses in their supply chains; and whether they provide remediation to workers. The average score overall was 28/100. Only seven companies scored higher than 50.

Ultimately, the risk is to us all: if the virus takes hold in factories and farms, it will spread beyond them

The meat industry did particularly badly, with an average score of just 8.5 for the four companies included in the benchmark. The contrast between the care the biggest meat companies take to protect workers’ rights in their supply chains and how they reward their shareholders is extremely stark. Earlier this year, WH Group, Tyson, JBS and Hormel announced record dividend payouts of $1.5bn between them. Meanwhile, more than 200 meatpackers have died from Covid-19 since the start of the pandemic in the US alone.

None of the “big four” meat companies could point to a procedure for assessing new suppliers for forced labour risks, or for responding to allegations of forced labour. Nor could they show they were supporting suppliers through their purchasing practices, for example by making prompt payments or considering the costs of labour when agreeing prices. They were unable to name anybody responsible for implementing supply chain labour policies, or show they’d made any effort to work with unions or support freedom of association in their supply chains.

This is not the first time these companies have been asked these questions: there were serious concerns before the pandemic hit. But in the case of JBS and Tyson things have worsened since our last benchmark, rather than improved, even as the risks to workers have grown. 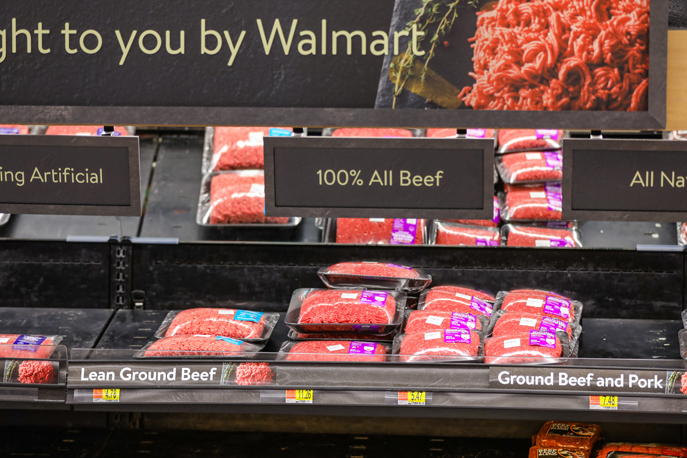 Meat companies' products end up in some of our biggest chains. (Credit: chara_stagram/Shutterstock)

The meat companies might not be household names, but the food they process ends up in some of our biggest chains – the likes of McDonald’s, Burger King and Walmart. And ultimately, the risk is to us all: if the virus takes hold in factories and farms, it will spread beyond them, and the very conditions that pose risks to workers’ health also have negative implications for food safety.

The benchmark did have some good news. The highest-scoring companies, Tesco (65) and Unilever (60), have sped up payments to small suppliers through the pandemic and regularly engage with supply chain workers’ unions. Strengthened relationships with suppliers and their workers have allowed companies like these to better navigate the pandemic, avoiding factory or store shutdowns.

Similarly, there is evidence that the scrutiny the benchmark helps bring on companies can drive change. After Monster Beverage scored zero in the 2016 benchmark, shareholders asked the company to adopt a supplier code of conduct that prohibits forced labour, to provide training on forced labour to procurement staff, and to require suppliers to put in place grievance mechanisms for their employees. This year Monster Beverage’s score increased to 26.

Global investors are increasingly aware that the businesses who look after their people are the ones who will remain profitable in the long term – and vice versa. For example, after years of reports of poor working conditions, Boohoo, a UK fast fashion company, has seen major buyers and investors cut ties.

At KnowTheChain we hope the pandemic can act as a wake-up call. In the light of the sacrifice that so many key workers have made for us all, the industry owes it to its suppliers and the men and women that work for them to clean up its act. In particular, the biggest companies – so many of whom have made record profits during Covid-19 – must stop putting price before workers’ rights. They must improve their purchasing practices so pressure is not pushed down the supply chain onto the most vulnerable, and they must dramatically increase their efforts to ensure that the voices of workers in their supply chains are heard and acted upon.

And as investors, shareholders, consumers and voters we have our part to play: now the curtain has been pulled back, we mustn’t let it be drawn again upon the suffering of those whose hard work puts food on our tables. 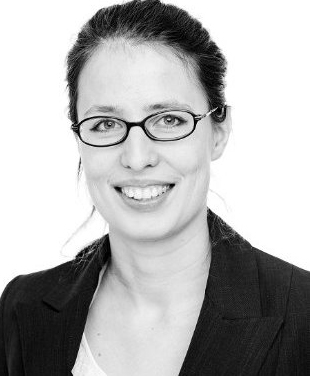 How deforestation risk continues to be blind spot for b...
‘We are sliding from climate crisis to climate disast...
Beef and dairy farms pushed to innovate to tackle metha...
Will 'historic' U.S. climate bill herald a ne...
comments powered by Disqus