Angeli Mehta talks to London’s deputy mayor Shirley Rodrigues about how 11 companies, including Landsec, Siemens, Tesco, Sky and Morgan Sindall are working with the capital to deliver on its climate goals

Where national governments fear to tread, cities are stepping in. London is determined to forge the route to zero carbon by 2050, and play its part in limiting global warming to 1.5C. It has assessed what’s feasible to effect change within the powers the Mayor of London has on transportation and planning.

But as Kyra Appleby, global director for cities, states and regions at CDP, points out: while London’s policy lever is strong, the city only controls 3%-10% of its total emissions, which is “not enough to get the city to where it needs to be”.

The remaining emissions are generated by private business and homes. So CDP has brought 11 leading businesses together with the Greater London Authority in a partnership called London Business Climate Leaders to make the radical progress needed to deliver those deep cuts.

“Businesses are key to how we might deliver around that ambition.” 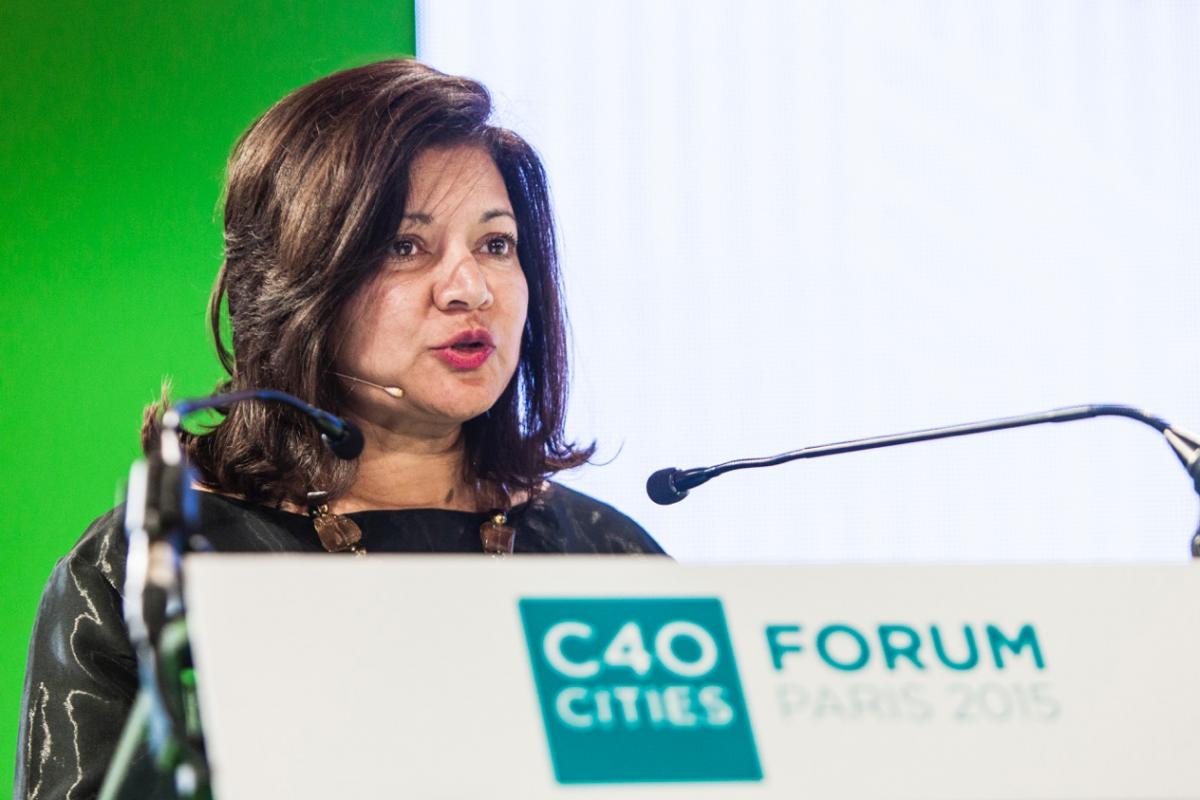 The companies include Siemens, Landsec, Tesco, Sky, and Morgan Sindall. All have set science-based targets or have received a top rating from CDP for their environmental performance. Rodrigues notes that they are pushing the city to move even faster than it had originally planned: on zero-emission transportation, the city has brought a target of 2030 forward to 2025.

The companies are sourcing most, if not all, their energy from renewable sources and have committed to map on-site renewable generating potential by next year; set energy-efficiency targets that aim for zero-carbon buildings by 2050; cut waste by 50% by 2030; and achieve a business recycling rate of 75%, with no waste sent to landfill by 2025.

On top of their global reporting, the companies have also disclosed their London-specific emissions.

Together they have big purchasing power. The GLA itself has £10 billion of procurement clout. Sarah Handley, carbon-neutral manager at Siemens, said the 11 companies could pool procurement. “We often use the same supply chains so we could really shift from one approach to another by bringing our commercial pressure to bear. Collectively we all have targets – how much better if we can combine and use London as the petri dish.”

Siemens doesn’t have a big property presence in London, but does have a showcase for sustainable design: the Crystal building in London’s east end. Designed as an all-electric building, it generates its own power from solar, wind and ground-source heat pumps.

Landsec has been procuring renewable electricity across its entire portfolio since 2016, and is a good example of how companies at scale can purchase electricity, suggests sustainability manager Tom Byrne. Landsec procures energy on behalf of the majority of the occupiers of its London property: in addition to electricity, it’s begun purchasing biogas. 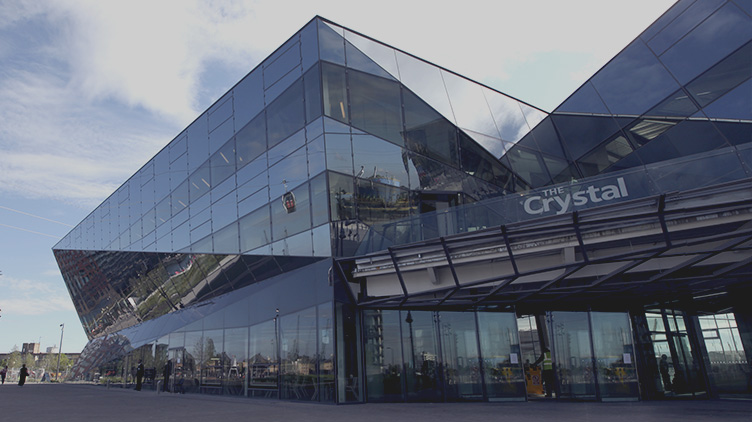 The company is also halfway towards achieving a target of 3 megawatts (MW) on-site renewable generation by 2030. Getting solar panels on roofs in London is difficult, (owing to limited roof space and physically getting cranes in) but Landsec has worked to combine generation with reducing energy use: one of its buildings has solar shades on the exterior, overlaid with mini PV panels. Companies may also learn from each other’s initiatives on heat pumps, as well as mapping assets and collectively purchasing renewable technologies.

“We do have enormous potential through our portfolio to support other members of the group,” says Handley. As a provider of electric vehicle charging infrastructure, it has technology and expertise to offer to partners like Tesco and Sky, which have large commercial fleets. With land space at a premium, there might be potential for shared networks for commercial businesses, and that might also avoid charging conflicts with private consumers.

Separately, Rodrigues is chairing a task force that includes business, energy and electricity infrastructure companies to assess how much charging infrastructure will be required. London’s carbon budgets for the next 15 years require a massive increase in energy efficiency – some 160,000 homes a year will have to be retrofitted by the late 2020s – as well as a modal shift towards public transport and cycling.

It doesn’t make sense to be ripping things out, but perfect sense to make sure buildings are performing as they were designed to

Making existing buildings energy-efficient is the toughest task, according to Rodrigues. The landlord/tenant split makes it difficult to get all parties aligned around a target, and the Mayor lacks powers to set regulation.

Office space also has to become more energy-efficient. Landsec’s London portfolio is relatively new, so “it doesn’t make sense to be ripping things out, but perfect sense to make sure buildings are performing as they were designed to,” says Byrne.

To that end, the task is to interrogate the vast amount of data that buildings generate, to optimise systems and to analyse on a 24/7 basis where efficiencies can be made. Byrne thinks there is still a lot of low-hanging fruit to pick, and a “really big opportunity for owners and occupiers to work together in London in partnership to achieve their targets.” 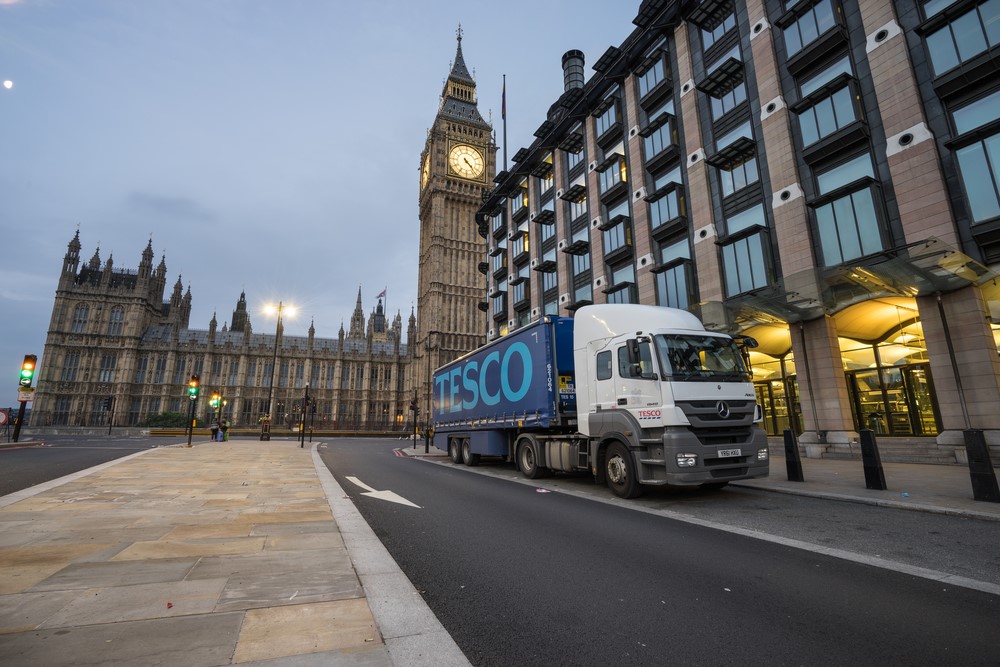 Rodrigues wants to see energy efficiency made a national infrastructure priority. “Without it, heat pumps won’t be as effective … and we need to take advantage of heat pumps to get off the fossil-fuel grid. That’s the big challenge,” she adds. “We need some tough policy decisions.”

The mayor’s office is hosting a climate action week in July “to showcase the wealth of climate expertise and experience [London] has at NGO, academic and business level,” says Rodrigues, adding that she expects international players to soon beat a path to London’s door.

“In terms of policy and real deep thinking and analysis, I think we’re way ahead of other cities nationally and internationally.”

Angeli Mehta is a former BBC current affairs producer, with a research PhD. She now writes about science, and has a particular interest in the environment and sustainability.  @AngeliMehta.