Victoria Tauli-Corpuz, the UN’s Special Rapporteur for indigenous peoples, points out that indigenous land contains 80% of the world’s biodiversity, but local people are criminalised for their efforts to preserve it

In releasing its massive, 1,800-page report on the state of global biodiversity, an intergovernmental body unequivocally recognised for the first time that the world’s indigenous peoples are central to helping humanity stop the terrible destruction of the Earth’s plant and animal life. But we, too, are at risk, and with us the job we have been doing as nature’s guardians.

Put together by more than 500 of the world’s top biodiversity scientists, the Intergovernmental Science-Policy Platform on Biodiversity and Ecosystem Services (IPBES) report is revolutionary. It calls for a transformation in how humanity relates to nature, “decoupling the idea of a good and meaningful life from ever-increasing material consumption.” The report invites the world to partner with indigenous peoples and other rural communities, drawing on our traditional practices for guidance in protecting the biodiverse forests, rivers and landscapes we inhabit.

A detailed review of reams of evidence has led the scientific community – finally – to celebrate our world view and the indicators we use in managing our resources, “such as the health of the land, caring for the country and reciprocal responsibility.” The scientists laud us for using our “knowledge, practices and technology” to maintain and enhance wild and domesticated biodiversity and landscapes.

For generations, we have accumulated intimate knowledge of the ecosystems where we live

They cite our forest gardens where we nurture wild relatives of important crops, some of them the source of genes that can protect corn, potatoes, wheat and rice against deadly plant pathogens. They recognise the work of indigenous peoples and local communities in protecting biodiversity in the forests of Brazil and Indonesia, the potato fields of Peru, the sheep pastures of Kyrgyzstan, the hay meadows of Central Europe and the landscapes of Australia and Alaska.

And in laying out solutions to this crisis – which threatens all of humanity – they note that our contributions can be strengthened through “national recognition of land tenure, access and resource rights in accordance with national legislation [and] the application of free, prior and informed consent.”

Indigenous peoples and local communities customarily own more than half the world’s lands, but have legal ownership rights to only 10%. Closing this gap would be a significant step forward for protecting the resources all humanity depends on. 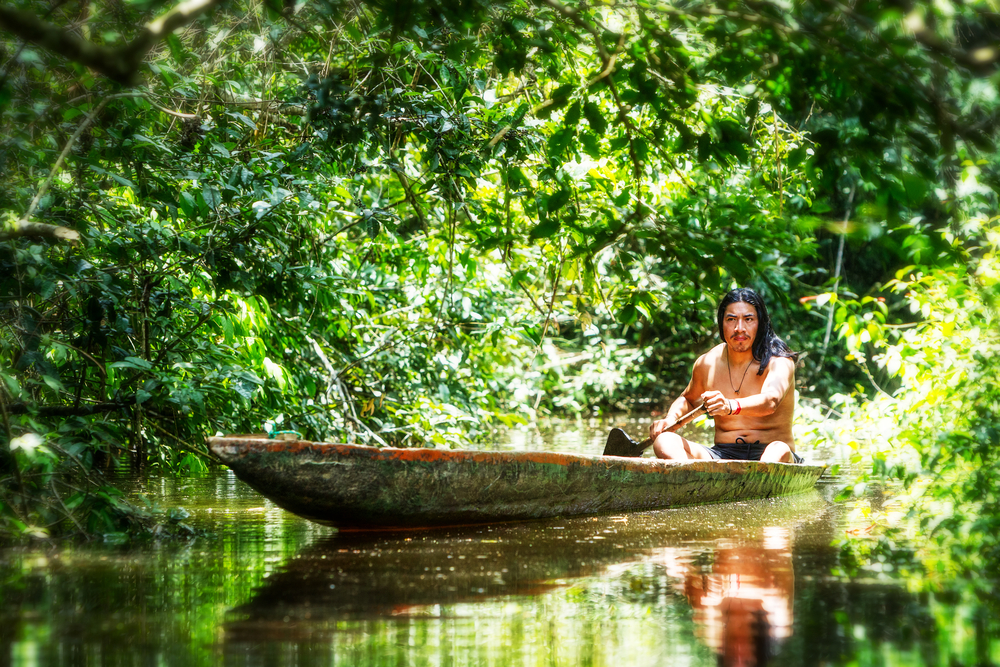 It’s no mystery why indigenous groups are so adept at protecting biodiversity. For generations, we have accumulated intimate and detailed knowledge of the specific ecosystems where we live. We know every aspect of the plant and animal life, from mountain-tops to ocean floors.

This consistent, all-encompassing approach to biodiversity protection is the reason why indigenous peoples live in areas with the richest biodiversity and least damaged ecosystems. About 80% of all the world’s biodiversity is located on indigenous lands.

But our efforts to protect the biodiversity of plant and animal life on our lands are often met with violence. We are criminalised and killed and run off our traditional territories by powerful political and economic actors who seek to extract wealth from the landscapes we have inhabited and cared for, sometimes for generations. In the process, they often destroy the lands we have long preserved.

Ironically, we are often excluded from landscapes by those whose goal is conservation. By chasing us off our lands, they perpetrate human rights violations

Ironically, we are often excluded from treasured landscapes by those whose goal is conservation. Worldwide, at least 40-50% of protected areas have been established on lands traditionally occupied or used by indigenous peoples, with devastating consequences. Using a “keep out” approach, promoters of these nature preserves assume that the only way biodiversity can thrive is if people are out of the picture. By chasing us off our lands, they perpetrate human rights violations against the very people who have been defending nature.

Our pristine forests and rivers – shaped and guided by our traditional practices over generations –serve as evidence that human activity can protect and nurture plants and animals. We honour the decision of the UN to acknowledge the contributions indigenous peoples have made to conservation. Now it is time for action.

We know from experience that if governments, the private sector, and the development community are to recognise our rights and be guided by our knowledge, the market must speak. The transformation the scientists envision must begin in the countries responsible for fuelling demand for the resources extracted from and produced on our lands. For those who are ready to take urgent action to protect our planet and humanity’s future, we are ready now to show them the way. 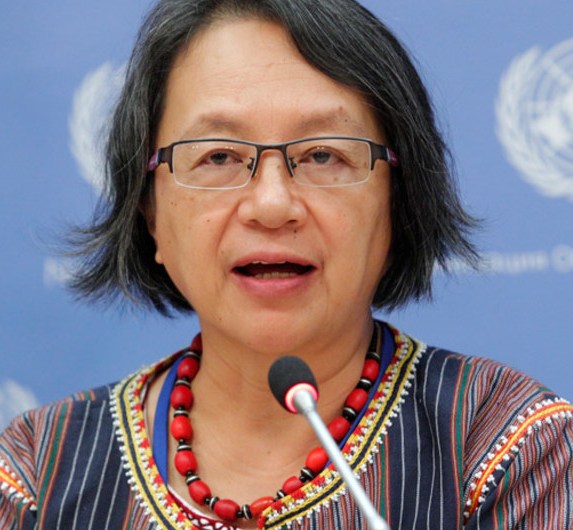 Victoria Tauli-Corpuz is the UN’s Special Rapporteur for indigenous peoples. She is a national of the Philippines, where she has been repeatedly targeted by the Duterte administration, accused of terrorism and alleged membership of the New People's Army. Last week, three UN human rights rapporteurs issued a press release defending Tauli-Corpuz and saying: "The criminalising discourse used by Philippine public officials undermines the value of the vital work of human rights defenders, denigrates them in the eyes of the public and may put them at risk of threats, violence or other forms of harassment … We call on the Philippine Government to immediately stop these unacceptable attacks on the human rights work of Ms. Tauli-Corpuz, and to ensure her physical safety."