The traditional olive groves of the Mediterranean are often a barren affair. Gnarled twisted trees, with their bountiful canopies, grow from bare, arid soils, where few other plants take hold.

In the Spanish province of Andalusia, nearly 1.6 million hectares of land are under olive cultivation, accounting for almost a third of the world’s olive oil. Traditionally, olives are planted in the least productive plots on a farm, and many of these groves cling to steep slopes and hillsides. But increasingly, these rocky plots have a new green tinge.

Syngenta, working with the Asaja Sevilla farmers association and the Andalusian environmental authorities, have introduced the concept of cover cropping, with vegetation planted among the trees as part of their support for regenerative agriculture.

Unlike a dressing of fertiliser, investing in this kind of regenerative agriculture isn’t a quick-fix solution

The effects have been amazing, explains Alexandra Brand, Syngenta’s chief sustainability officer, with soil erosion on some Andalusian groves reduced by 95%. Cover cropping also protects the soil from direct sunlight, helping to reduce water evaporation as well as field run-off, when sediment and chemicals can contaminate local water supplies.

The vegetative cover, which includes species that attract beneficial insects and flowering plants for pollinators, also helps to reduce the temperature of the soil, which can help some pest-predatory insects to thrive. With a no-till approach, too, the soil can be left to fulfil its role as a carbon sink.

Traditionally, groves were left bare for convenience and because of the expense of buying seeds to plant, explains Brand. Now, to help cover costs, local environmental subsidies linked to the region’s rural development plans have been leveraged, and more than 100 farmers are now taking part in Syngenta’s Multifunctional Covers (MFC) campaign. 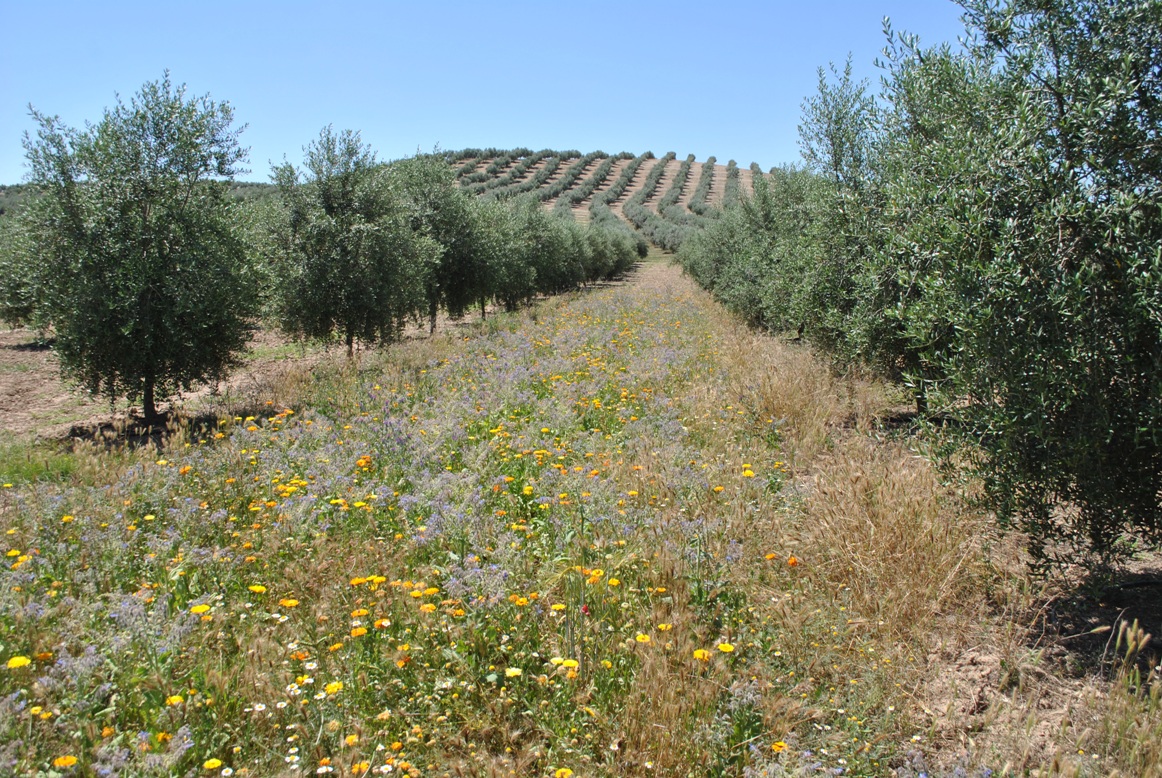 Unlike a dressing of fertiliser, investing in this kind of regenerative agriculture isn’t a quick-fix solution, she continues. But many of the groves are family plots: “So investing in the land for the long-term makes a lot of sense.

“Some food companies want to procure food from regenerative agriculture, too, so working this way helps farmers to access new markets,” she adds.

The work in Spain is part of Syngenta’s Good Growth Plan, which was launched in 2013 to help improve the fertility of 10 million hectares of degraded farmland. The company works with partners to develop and promote local solutions farmers can easily adopt, and so far 197 projects have been implemented in 41 countries, with the programme already benefiting 10.8 million hectares.

We will accelerate our innovation towards these sorts of agricultural systems, which take nature into account

As a research and development company, Syngenta works with scientific partners, and growers who are interested in experimenting, to develop new crop protection products, continues Brand. “When a farmer changes their practices, they need to change the way in which they protect their crops, because now the crops can protect themselves differently.”

With less soil-borne diseases, fewer inputs are needed, and those that are used must be applied precisely, she says. “We will accelerate our innovation towards these sorts of agricultural systems, which take nature into account.”

Syngenta is also working with smallholders in Brazil, helping them to comply with local laws and reforest parts of their land, while over the border in Columbia it is helping farmers to manage pests and crop diseases in a way that also protects habitats, with strict protocols around how its products are used.

In China, as part of a project to create more biodiverse field margins, a particular bush is being planted around paddy fields, creating the perfect habitat for wolf spiders, which predate many of the insects that attack the rice crop.

Brand agrees that it can seem counter-intuitive for an agro-business to encourage natural pest controls, but adds: “For us it is not philanthropy, it is something that is absolutely vital to enhance our offer to growers. The more profitable and the more successful the grower is, the more successful Syngenta is, it’s as simple as that.”

This article is part of the in-depth briefing Climate-smart agriculture. See also:

Securing the future of food on a planet in peril

The American farmers who are ploughing a regenerative new furrow

New hope for solutions to deforestation in the Cerrado

Why business holds the key to a healthy, fair and sustainable food system

How investors can catalyse a blue revolution to save marine ecosystems

Can business bridge the yawning gap in finance for natu...
Brands failed to meet promises to protect forests. We c...
A week of getting real about the enormity of the climat...
Policy Watch: Norway deal with Indonesia a bright spot ...
comments powered by Disqus