The World Business Council for Development this month published its Vision 2050 refresh, calling for companies to urgently step up to the climate crisis and the reinvention of capitalism to prioritise value-creation over value-extraction.

There are few CEOs who seemed to embody this approach more than Emmanuel Faber, the charismatic and outspoken executive who until a couple of weeks ago was CEO and chairman of the French consumer goods giant Danone.

The decision by Danone’s board to bid adieu to Faber, who was targeted by activist investors because of the yoghurt brand’s lacklustre performance, was a sobering reminder that when it comes to stakeholder capitalism, some stakeholders are a lot more equal than others.

Faber was the leading standard bearer for purpose-led capitalism, stepping into shoes vacated by Paul Polman after he left Unilever.

He generated headlines by denouncing the environmental damage wrecked by the global food industry at the Consumer Goods Forum’s annual global summit in 2017, and was on stage at the UN Climate Action Summit in New York in 2019 launching the One Planet Business for Biodiversity coalition. 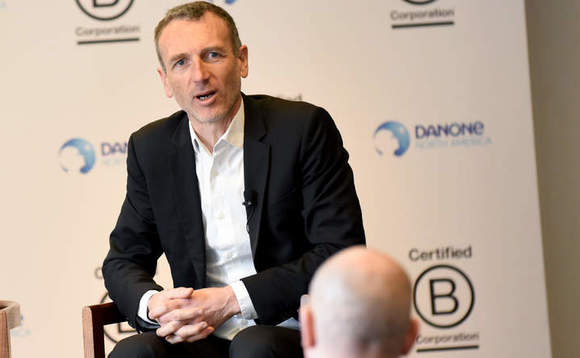 Emmanuel Faber, who has been ousted as CEO  of Danone.

Last year, when Danone’s board voted 99% in favour of adopting Entreprise à Mission status, a French provision that requires a company to align social and environmental objectives with its purpose and include them in its bylaws, Faber boasted that they had toppled the statue of free-market economist Milton Friedman.

But as one of the activist investors who put the knife in, Bluebell Capital’s co-founder Marco Taricco, told the Financial Times, a strong environmental and social focus “can’t come at the expense of shareholder returns. The first duty of a public company is to remunerate shareholders.”

In his Brand Watch column this month, Oliver Balch writes that Faber joins a list of CEOs whose efforts to disrupt the status quo contributed to their undoing; among them Isabelle Kocher at Engie and Sacha Romanovitch at Grant Thornton.

On a more positive note, the practice of tying executive compensation to meeting sustainability goals continues to grow. The latest high-profile recruits include Nike, which has promised to link board members’ pay to its performance on diversity and inclusion targets; Deutsche Post DHL, which is incentivising the achievement of its new 10-year carbon reduction plan; and executives at

French oil firm Total, who will see part of their future bonuses linked to cuts in the company’s indirect emissions in Europe.

In ESG Watch this month, Mike Scott highlights a couple of reports from Rainforest Action Network and DeSmog putting the spotlight on the role of banks in funding continuing dependence on fossil fuels.

More positively, the Net Zero Asset Managers Initiative announced another 43 asset managers had joined its ranks since its launch in December, including BlackRock and Vanguard. 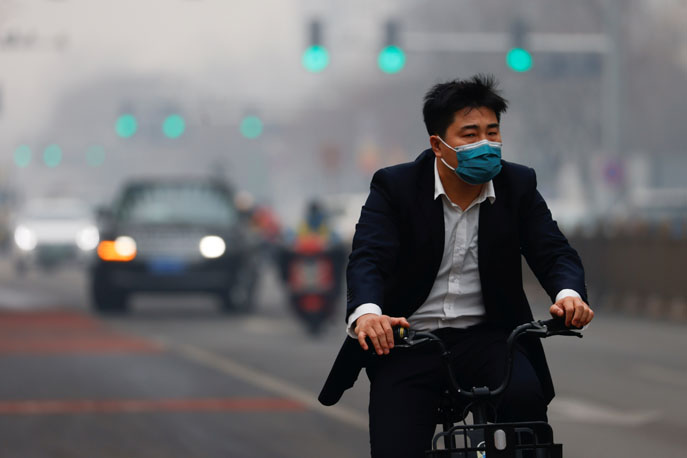 In her Policy Watch column, Angeli Mehta writes about how there has only been chequered progress on the net-zero agenda, despite entreaties from the UN Secretary-General, Antonio Guterres, at this month’s virtual meeting of environment ministers ahead of November’s COP26 climate meeting.

The meeting, co-convened by China, the EU and Canada produced little of substance. Nor was there any detail on a proposed China-U.S. working group on climate – something that emerged from the previous week’s frosty exchanges between the two countries’ top diplomats in Anchorage, Alaska.

China’s five-year plan, meanwhile, held little clue as to how the country’s leaders aim to meet the commitment, made by President Xi Jinping last year, to peak emissions before 2030 and achieve net-zero by 2060. Trajectories for growth in non-fossil energy, and reductions in carbon dioxide emissions per unit of GDP, were no more ambitious than the previous five years.

There was also disappointment for climate activists in the UK, with the March budget providing no stimulus for green jobs or infrastructure, while a blueprint to decarbonise the industrial sector was judged to be lacking in detail and ambition.

Elsewhere in this month’s magazine: Oliver Balch interviews Dr Helen Crowley, head of sustainable sourcing and nature initiatives at luxury fashion house Kering; Mike Scott reports on the first benchmark of corporate performance by the Climate Action 100+ coalition of investors, while Tim Nixon of Signal Climate Analytics unveils the next tranche of companies in our series on the top 250 greenhouse gas emitters.

We hope you enjoy the latest issue of The Sustainable Business Review.

Comment: How companies can lead to make the energy tran...
‘We are sliding from climate crisis to climate disast...
Society Watch: Indigenous peoples fear being overshadow...
Comment: Five ways the world can break the deadlock on ...
comments powered by Disqus