The disruptors: How B Corp's founders took purposeful business to the next level

Oliver Balch talks to Jay Coen Gilbert, Bart Houlahan and Andrew Kassoy, about the movement's exponential growth, and the need to win over mainstream investors to their inclusive business model

“Epoch-making” is not a word to be bandied about lightly. Obama’s election, the Berlin Wall’s collapse, Archduke Franz Ferdinand’s assassination. These were world-changing events.

The decision by three former college mates to set up B Lab in 2006 may not be quite in the same league – yet – but the trio’s star (as well as their impact) is most definitely on the rise.

B Lab is the social enterprise behind the B Corp certification system, one of the most exciting and potentially significant movements to have hit the corporate world for decades.  Some of today’s highest profile mission-minded companies – outdoor apparel company Patagonia, rebel ice-cream brand Ben & Jerry’s, and The Body Shop’s parent Natura, to name just a few – now carry the B Corp sticker.

The number of certified B Corps is nearing 2,700 companies, encompassing around 150 industries in 60 or so countries. Yet other certifications boast similar figures, if not higher. So what makes it such great shakes?

Ethical Corporation recently sat down with its three founders, Jay Coen Gilbert, Bart Houlahan and Andrew Kassoy, to find out.

“Most certifications are pretty stovepipe. They're focused on a particular product attribute or practice,” explains Houlahan, an ex-investment banker.

The ‘B’ in B Corp stands for “beneficial”: for customers and employees, suppliers and sub-suppliers, oceans and orangutans, flora and fauna. And, yes, of course, for the all-important  holders of corporate capital, too. 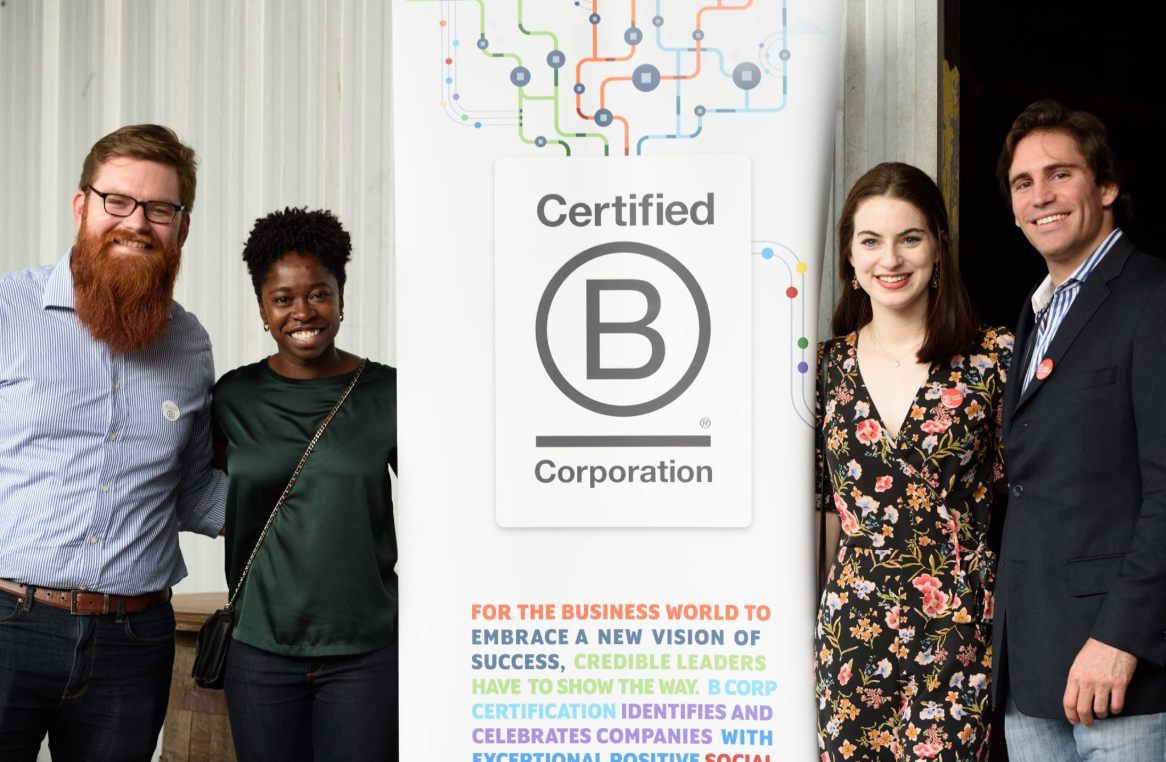 The trio’s initial desire was to create something, Gilbert says, “that would assist in supporting and uplifting all the entrepreneurs and investors around the world that were trying to use their business for a higher purpose than just maximising personal wealth, but more to create, sort of, community health.”

What he means by “community health” is spelled out in the criteria for B Corp certification. This long and exacting list of social, ethical and environmental requirements turns what sounds like a wishy-washy idea into robust reality.

Think of the Marine Stewardship Council, the 1SO 26000, and the Fair Labor Association code all rolled into one. And, as with these other certification schemes, participating companies are required to publish regular updates detailing the good, the bad and the ugly of their compliance efforts.

Most people understand the purpose of business is to maximise shareholder value. If that purpose changes, there needs to be a new set of rules

But what makes the B Corp certification stand out is the obligation that it places on companies to amend their articles of association to clearly and unambiguously reflect the company’s embrace of stakeholder capitalism.

Bart describes such as move as a “pretty fundamental shift” for most businesses, Jay agrees, saying it is daunting, particularly for those companies that are listed or on the hunt for external capital.

Former investment banker Andrew Kassoy, the finance guru of the three, spells out the logic behind the legal requirement in simple terms. Both by law and by culture, most people understand that the purpose of business is to maximise value for shareholders. If that purpose is ever to change, then there needs to be a set of rules that allows companies to legitimately consider the interests of all its other constituents. 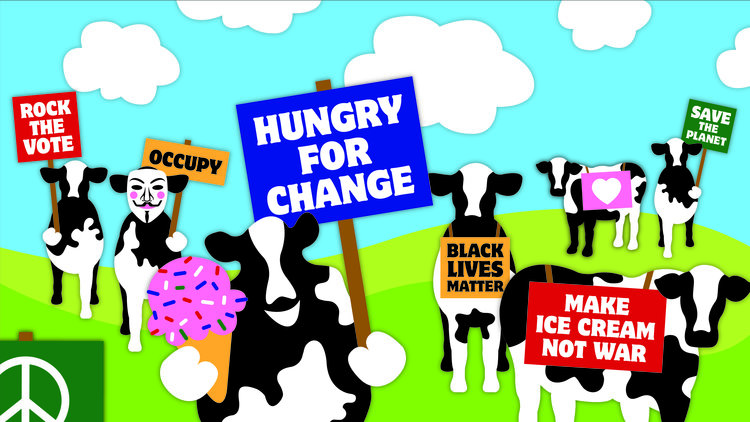 “You can't expect a different outcome for society or for the environment if a company is still beholden to the interests of a single shareholder . . . that simply doesn’t work,” he states.

And though all three say the growth trajectory of the B Corp movement would have been much faster without the legal clause, the requirement is non-negotiable. In Gilbert’s words, it serves as the “guardrails on corporate behaviour”.

But there was a hitch. In the US, where the B Corp movement began, corporate law prevented many companies from altering their legal status, even if they wanted to.

Working with a small alliance of chief executives who bought into their vision, they began lobbying legislators on Capitol Hill and elsewhere. In 2010, the state of Maryland approved a new-look company form that allowed corporate directors to balance profits with other considerations.

The real breakthrough came in 2013, however, when the state of Delaware, known as the home of US corporate law, agreed to introduce similar legislation. Today, 35 US states, plus Washington DC, have introduced statutes allowing for so-called “benefit corporations”. 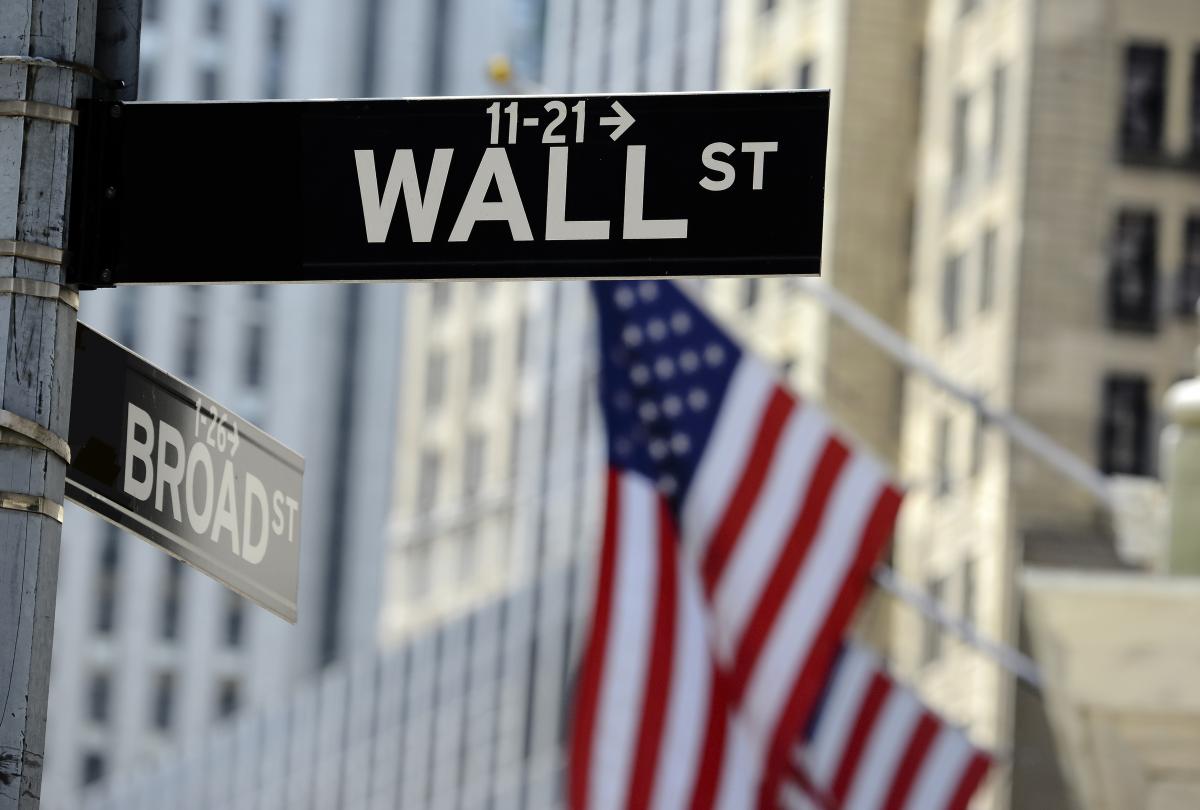 Getting investors to back the B Corps is the next big challenge. Credit: Robert Cicchetti/Shutterstock

Through their growing network of B Corp alliances around the world, the B Lab founders hope to see other national legislatures follow suit. Italy and Colombia have already done so. That said, not everywhere needs a change in law. The 2006 Companies Act in the UK, for instance, gives firms flexibility to amend their articles of association accordingly.

Initiating the creation of a whole new type of legal corporate entity was no small feat, yet the job of these three change-makers is far from done. One of the big challenges ahead is to get investors on board. The trio take heart from recent announcements by the likes of BlackRock chief executive Larry Fink about companies embracing a social purpose other than pure profit maximisation. Headlines in the New York Times declaring that ‘American Capitalism Isn’t Working’ are also helping to build momentum.

But, despite growing interest on Wall Street, support for the B Corp model is still mostly at the “whispering behind-the-scenes” stage, according to Kassoy: “Investors tend not to have the courage to come out and talk about these kinds of things. Our job is to make sure that some do.”

As with their efforts to change the law, the B Lab founders are pinning their hopes on leadership within the corporate world itself to win the argument for them.

They can count on some powerful advocates already. Ben & Jerry’s owner Unilever has bought into the B Corp movement, quite literally, as it has sought to expand its Sustainable Living brands. 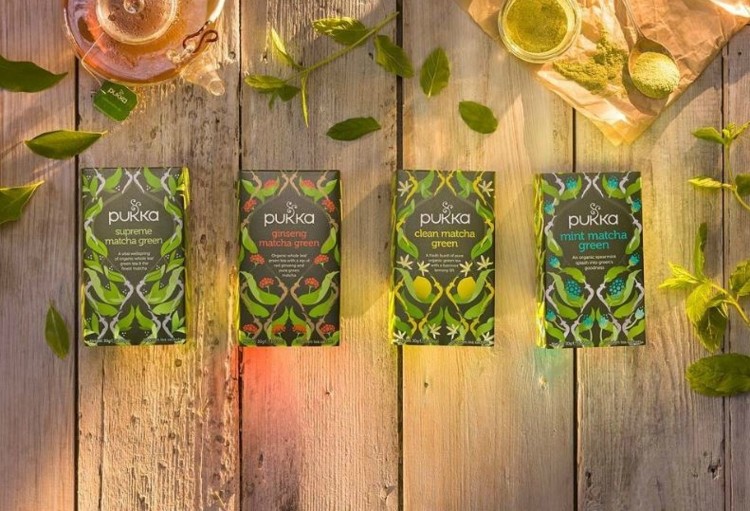 Paul Polman, Unilever’s retiring CEO, was recently quoted as saying that Unilever itself was working towards B Corp certification: “It would send a strong signal to the market and attract hopefully even more of the right shareholders.”

As Jay states: “I think that the initial leadership will come from a community of CEOs working together to make that case to investors and then those investors signalling, "Great. If this is something your board is behind, then this is something we'll support."

Another goal for the near future is to keep growing its international reach. Outside the US, B Corp already counts a strong and growing base of certified firms in South America, Australia, the UK and mainland Europe. Work is now under way to build its presence in Africa and Asia, with countries such as South Africa, Taiwan, Korea, Japan and China among the early forerunners.

As for B Lab itself, the three former college mates, who shared digs at Stanford in the late 1980s, hope it will become more self-sustaining over time. With around 250 associates worldwide now, the cost of keeping the cogs of the B Corp movement turning is growing by the day. Certification fees and other services cover about 55% of the organisation’s running costs. The remainder, for now, is picked up by philanthropists and grant-makers.

Pushed further about future plans, however, and the co-founders become uncharacteristically sheepish.

Why the reticence? Partly, it’s because the movement has grown so exponentially, Houlahan responds. With certified firms on every continent, it is impossible to point them all in a single direction.

Not that the movement’s founders want to, he adds: “This is no longer about Bart, Jay and Andrew … This movement has been, and will continue to be, defined by the B Corporations themselves.” 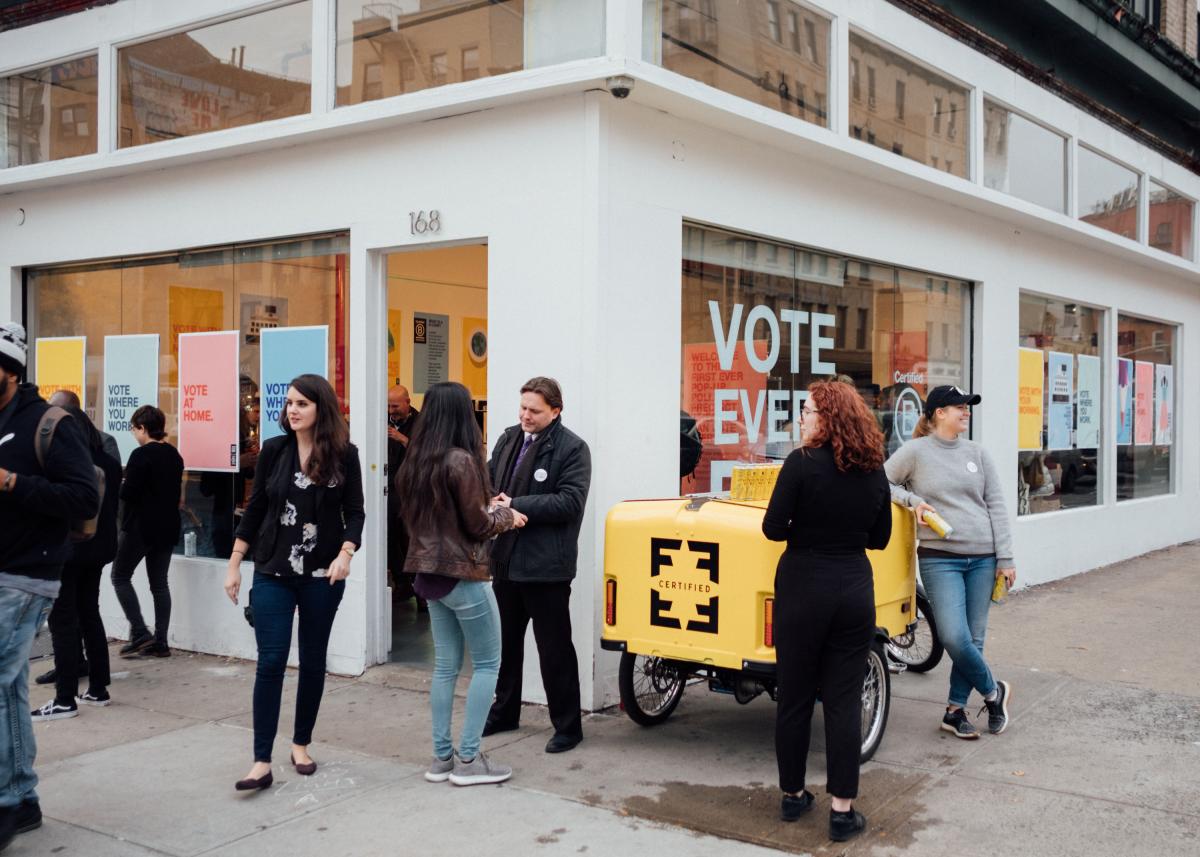 Kassoy points to the recent Vote Every Day campaign, which was conceived, designed, financed, and executed by a group of concerned US-based B Corp companies off their own bat. Launched last month, the initiative seeks to spark a “front-and-centre public conversation” about the direction of politics in the US and the importance of citizen action.

He sees the social media-led campaign as a way for the business community to collectively step into the “leadership void” left by political institutions. “We can act to create the economy that we want through our everyday actions with what we buy, what we invest in, where we go to work. And we're doing it – with consumers, with investors, and with businesses.”

For Gilbert the campaign encapsulates the seemingly paradoxical dynamic within the B Corp movement of autonomy and self-determination, on the one hand, and a strong spirit of community and cooperation on the other hand.

“It's pretty rare for companies to be doing stuff collectively and not just individually trying to sell their own stuff [yet] you've had hundreds of B Corps all around the US, all participating in that campaign.”

As big as the B Corp community is, we're just a fraction of a much broader movement

In a similar spirit, B Lab regularly reaches out to other organisations that share their disruptive vision, such as Conscious Capitalism and the Richard Branson-backed B Team.

“As big as the B Corp community is, we're just a fraction of a much broader movement of people using business as a force for good, all around the world in many different contexts,” says Gilbert. “So we partner deeply with our friends in the fair trade movement, the organic movement, the cooperative movement, the employee ownership movement, and many, many others.”
It is this willingness to allow their baby to grow of its own accord that has been so crucial to B Corp’s success to date. The trio see themselves as “bridge-builders”, “not cathedral-makers”.

B Corp alone won’t usher in a truly stakeholder economy. If full inclusive capitalism is ever to become a reality, it will be the consequence of like-minded groups and organisations, networks and movements, all coming together.

Yet, these three fast friends have not only spelled out what an inclusive business structure looks like; they have also demonstrated how to build a movement around that structure. It is this second attribute that edges them towards possible “epoch-making” territory – if they can get the rest of the Wall Street to follow the likes of Paul Polman and Emmanuel Faber in conversion to the B Corp cause. 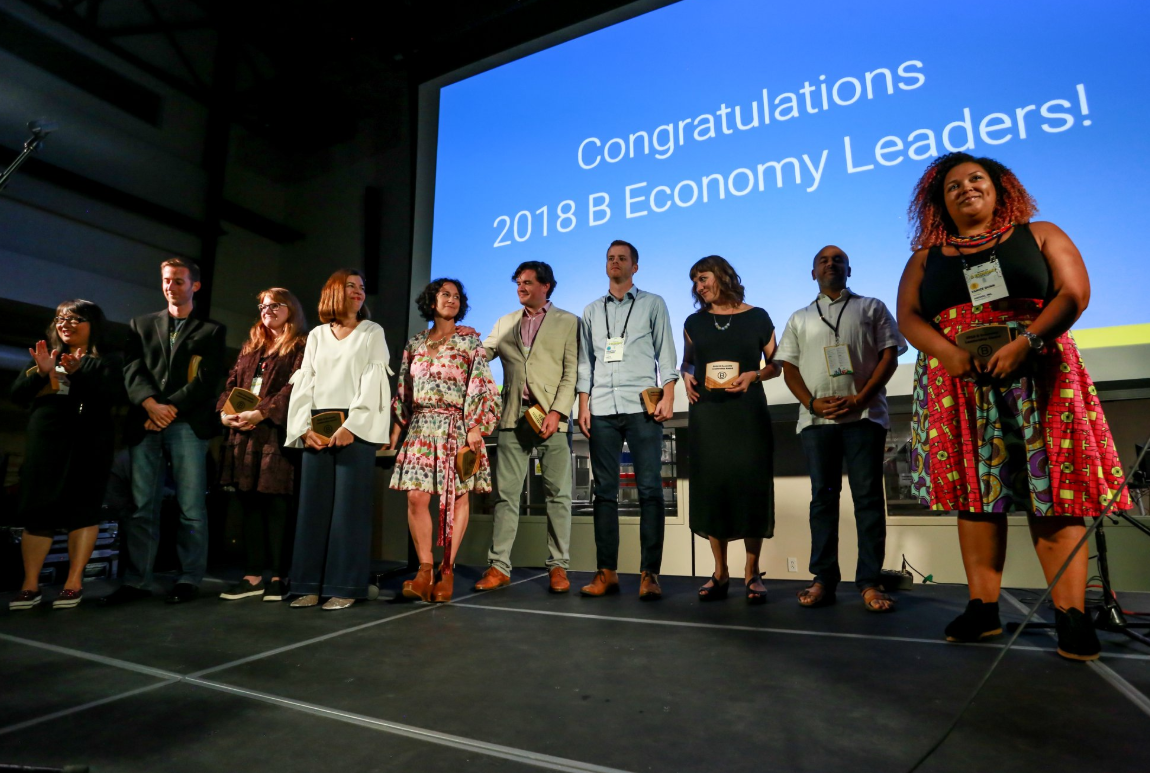 Comment: How companies can lead to make the energy tran...
PepsiCo’s biggest challenge: winning over millions of...
Society Watch: Energy crisis puts wind in the sails of ...
Beef and dairy farms pushed to innovate to tackle metha...
comments powered by Disqus