One important announcement to come out of Joe Biden’s Earth Summit was the launch of the LEAF coalition, a $1bn a year programme that hopes to unleash a flood of private sector finance for tropical forests. It has the backing of the U.S., Britain and Norway, alongside nine multinational companies including Salesforce, Amazon, Unilever and Nestlé.

Tropical forests are critically important for carbon storage and biodiversity, yet they are being lost at an alarming rate. In 2020 alone, 4.2m hectares of humid tropical primary forests were lost, according to WRI. That was an increase of 12% on 2019, and the resulting carbon emissions (2.64 Gt) equalled that from India in 2018.

WRI says forests currently receive less than 3% of climate funding, mainly through public sector lending, yet have the potential to provide more than 23% of the climate mitigation needed by 2030, and private finance is sorely needed to fill the gap.

One reason for the dearth of private finance is that investing in tropical forest conservation has had a chequered history, first in the Clean Development Mechanism, and then in REDD (Reducing emissions from deforestation and forest degradation). Both programmes were criticised by NGOs of trampling on the rights of indigenous people and displacing deforestation from one place to another without actually cutting emissions.

Under LEAF, companies can only take delivery of the credits if they have a 1.5C aligned science-based target

Although REDD was renamed REDD+ and redesigned about 10 years ago to address many of its failings, forestry offsets have been left with a serious image problem, and credits per tonne of avoided CO2 cost as little as $3-$5, a tenth of the price of the EU Emissions Trading Scheme.

Yet with companies looking to buy offsets as part of their net-zero emissions plans, as well as the airline industry’s Carbon Offsetting and Reduction Scheme for International Aviation (CORSIA), which is initially voluntary, the Taskforce on Scaling Voluntary Carbon Market estimates that demand for carbon credits could increase 15-fold to $50bn by 2030.

That’s a big pot of potential finance the coalition hopes that it can tap if it can bring cast-iron social and environmental integrity to the forest offsets market – both on the side of sellers of the credits and to ensure buyers are not using them in lieu of cutting their own emissions. 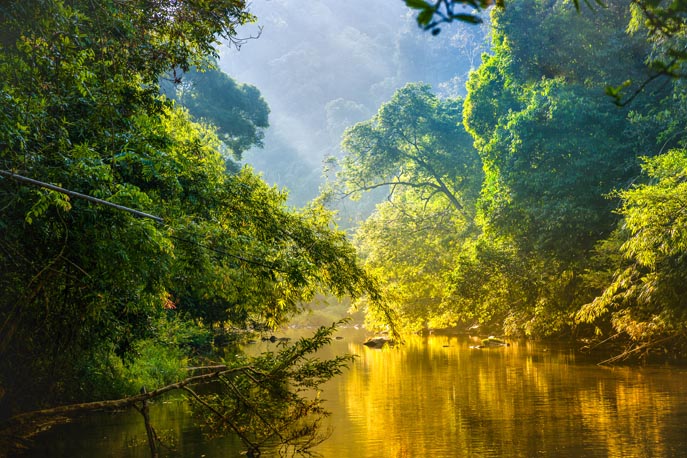 Under LEAF, which stands for Lowering Emissions by Accelerating Forest finance, companies can only take delivery of the credits if they have a 1.5C aligned science-based target, covering all three scopes, and be signed up to the UN Race to Zero campaign, which sets strict rules on offsets only being used when companies have done the utmost to cut their own emissions.

They will have to publicly report on both their greenhouse gas emissions and their use of carbon credits, and be independently audited.

The key difference on the supply side is that projects to be funded will be chosen by the countries themselves, in line with their commitments to cut their national emissions under the Paris Agreement. To be accepted to the scheme, the countries’ plans should demonstrate equity , inclusivity and transparency, reach local communities, particularly indigenous people, and “support wider climate goals”.

If we are going to solve biodiversity loss and the climate crisis, we need to leverage all the tools at our disposal

The price of the credits has been set initially at $10 per tonne of CO2, two or three times what is being paid currently – a floor price that is being guaranteed by the three donor countries that are part of the LEAF coalition.

Eron Bloomgarden, executive director of Emergent, a U.S. nonprofit that will act as an intermediary between the coalition buyers and tropical forest country sellers of credits. He said the involvement of donor countries and the public-private nature of LEAF will be critical to its success. “If we are going to solve biodiversity loss and the climate crisis …. we need to leverage all the tools at our disposal – not just private investment, but also the tools the public sector has at its disposal such as enforcement, tax policy, the development of new protected areas and moratoria on different practices, like new palm oil plantations.” 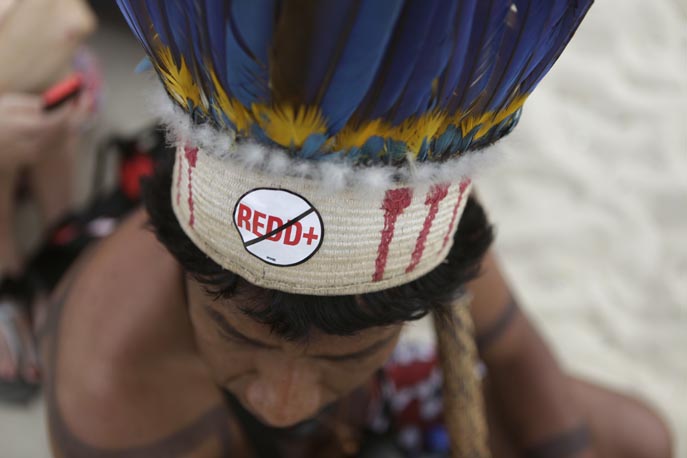 The original REDD programme was accused of trampling on the rights of indigenous people. (Credit: Ricardo Moraes/Reuters)

Guyana, Costa Rica and three Brazilian states have already indicated that they will look to respond to a July 22 deadline for the first call for proposals, and the first agreements expected to be signed by the end of this year.

During an interview at Reuters Events Responsible Business Summit, Costa Rica’s president, Carlos Alvarado, applauded the initiative’s potential to attract private sector funding to help his country expand its forest cover to 60% by 2030.

He pointed out that Costa Rica managed to increase its forest cover from 20% to over 50% over a period of 20 years after introducing payments for environmental services in the 1990s, but without any REDD+ funding. Finance instead came from domestic taxes and loans/grants from international financial institutions, development banks and conservation groups.

“We have a public-private system in place in Costa Rica to protect forests, but it isn’t necessarily recognised within a carbon market,” Alvarado said. “This initiative will work not only to finance protection of forests, but it will have other positive externalities” for the people who live in them, particularly indigenous people.

“We need to encourage the private sector to see that these [activities protecting forests] are real services that benefit humanity.”

Selling countries will have to meet the TREES standard (The REDD+ Environmental Excellence Standard), setting rules for how jurisdictions measure, monitor, report and verify emission reductions for reducing deforestation and degradation, including environmental and social safeguards. Mary Grady, is executive director of U.S. nonprofit ART, which has developed the standard. 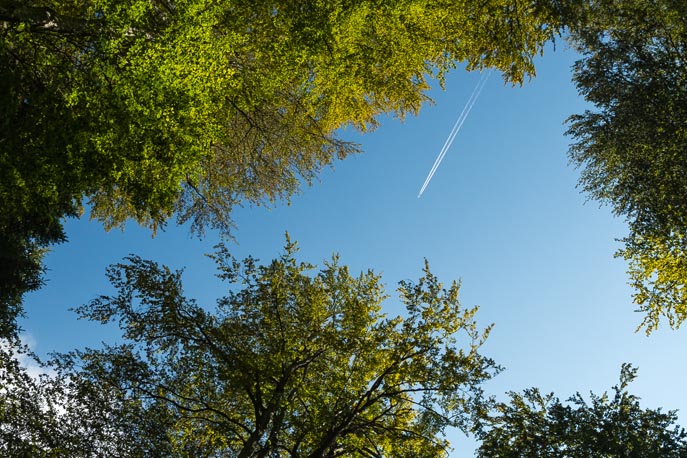 She said TREES was designed based on learnings from the World Bank Forest Carbon Partnership programme, REDD+ early movers, and some of the bilateral payment for performance agreements, such as that between Norway and Indonesia, and Norway and Gabon, which have been effective in reducing deforestation in those countries, but took years of painstaking negotiations.

“What we wanted to do to attract private capital at scale to ART is to make the rules the same for all the participants.” Key to this is setting a common $10 price per tonne of CO2 avoided, though this price could climb in future.

Grady says participating countries have different options: they can sell credits to a corporate buyer, an airline under the CORSIA scheme, or one of the participating governments could use LEAF to make a performance-based payment.

And while companies buying the credits will use them to support carbon-neutral claims, they will only be able to sell the credits once before they are retired, with any profit going to the supplier country.

Asked how Unilever intends to use any credits it buys through LEAF, Lingard said engagement with LEAF would be additional to Unilever’s work reducing its own emissions, including programmes to end deforestation in the production of palm oil, soy and cocoa in its supply chain.

“Eliminating deforestation from commodity value chains is a critical element of our strategy, and we see LEAF as a systems-level tool to help achieve that. Our participation in the LEAF is therefore not about offsetting emissions but rather about ending deforestation.”

“We do not believe that emissions reductions or avoided emissions credits should be used to achieve companies’ ‘net-zero’ targets.  These should be achieved through deep cuts in emissions, complemented by carbon removals to balance residual emissions.” 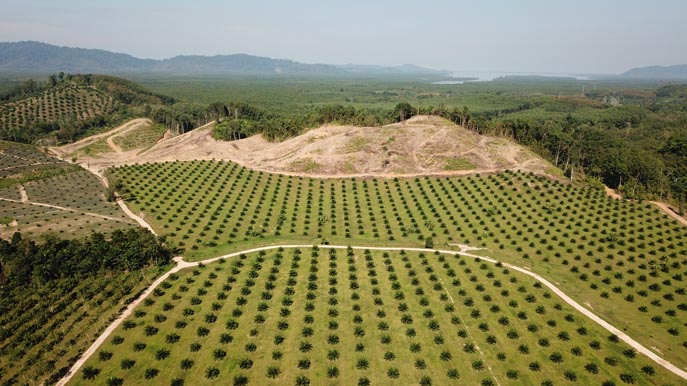 LEAF is critical to the development of moratoria on new palm oil plantations. (Credit: Rich Carey/Shutterstock)

But not all companies will necessarily have the same attitude, and it remains to be seen whether the environmental and social safeguards built into LEAF and its hybrid public-private sector model, will answer critics of the voluntary offsets market such as Assaad Razzouk, a Singapore-based clean-energy entrepreneur who is host of the The Angry Clean Energy Guy podcast.

Razzouk, who spent 15 years developing carbon-reduction projects in countries like China, Indonesia, India and the U.S., says efforts to scale up the voluntary offsets market should be resisted.

“We have a 15-year track record that says compliance markets [like emissions trading schemes in the EU and New Zealand] work, but voluntary markets don’t.”

“We have to move not to net zero, but to zero. Actions that do not decrease emissions directly are meaningless.”

By demonstrating long-term demand signals for credits, the concept is to get countries on a rapid pathway to zero deforestation

He is particularly critical of the offsetting plans of energy companies like Shell, which continues to increase its oil and gas production while asking its customers to pay a premium to offset emissions from their cars.

At the same time, channelling private sector funding to a country like Costa Rica, “where the political will is clear, where the buy-in from the population exists, and where the action on the ground is consistent with the political will and buy-in …. might work,” Razzouk says, but only if corporates buying the credits follow Unilever's approach and "don't do anything with them – not even count them against their emissions reduction. The minute that happens, you are back to the problem of integrity.”

But Bloomgarden of LEAF says private finance is critical in the fight against deforestation. “What we’re doing is connecting [public sector action to protect forests] to this resurgence of interest of corporates in net zero and climate commitments…. By demonstrating long-term demand signals [for credits], not just from the public sector, but from corporate buyers, the concept is to get countries on a rapid pathway to zero deforestation.”

This article is part of The Ethical Corporation summer 2021 in-depth briefing on natural capital. Click on the cover to download your digital copy for free. 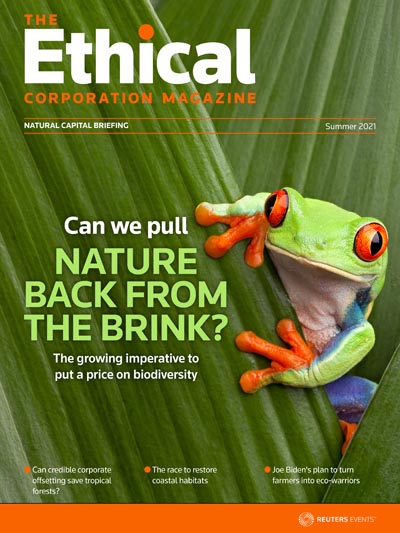 Can business bridge the yawning gap in finance for natu...
Brands failed to meet promises to protect forests. We c...
Policy Watch: Norway deal with Indonesia a bright spot ...
PepsiCo’s biggest challenge: winning over millions of...
comments powered by Disqus