As Beijing ramps up preparations to create the world’s largest carbon market, the burning question is whether it will eventually be part of a global market, reports Jill Baker

Experts say such a move by the world’s second largest economy would underscore the legitimacy of ETS for pricing carbon worldwide, be a win-win for China on the world stage and help clear the air in China’s smog-choked cities as well.

China is the largest emitter of greenhouse gases (at an estimated 27% of the global total), a large portion of which are produced by burning coal.

Under the Dome, a documentary on the health effects of air pollution in China, received more than 300 million views

Although C02 is a colourless, odourless gas, burning coal is also responsible for severe air pollution, which causes more than 1 million premature deaths per year in China, academic sources show. Pollution also cost China 3.5% of its GDP in 2010, according to a study by the Paulson Institute, which quoted figures from China's Ministry of Environmental Protection.

China’s environmental policy has for many years encompassed ambitious plans to improve air quality and lower dependence on coal.

The Chinese people’s level of concern with this issue was clear when, in 2015, Under the Dome, a riveting TED-talk style documentary by former CCTV reporter Chai Jing on the health effects of air pollution in China, received more than 300 million views before the Chinese government took it down. 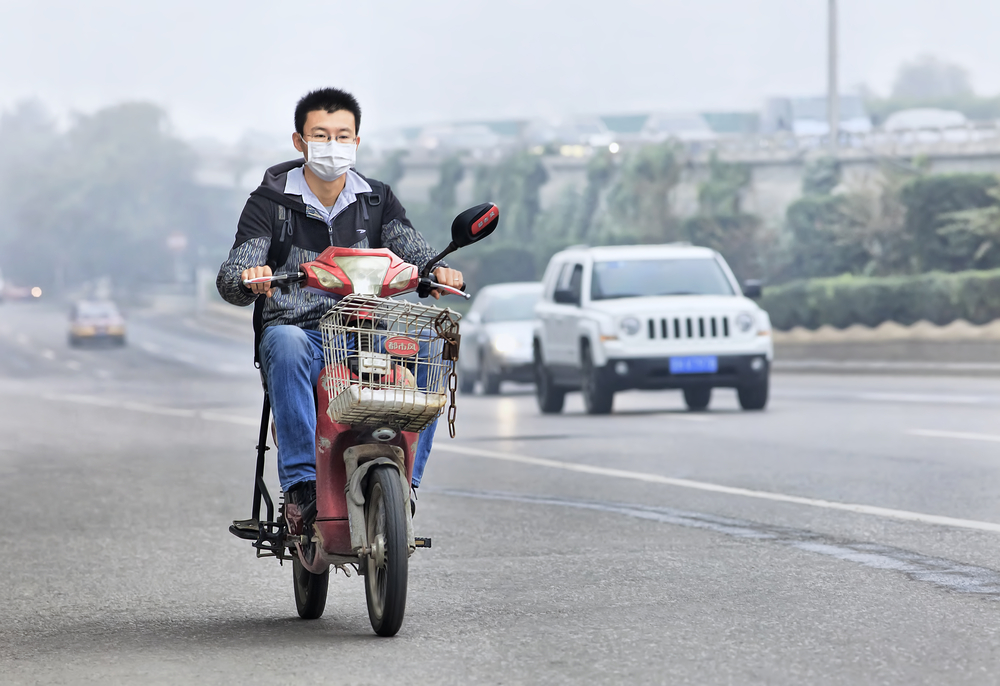 In July of this year, in a press conference reported by Xinhua, China’s official news agency, Premier Li Keqiang re-affirmed China’s Paris climate accord commitment that its emissions of carbon dioxide would “peak and carbon intensity fall sharply by about 2030.”

Furthermore, the powerful member of the Politburo Standing Committee added that he viewed carbon markets as a key means to this end, and called for the acceleration of China’s carbon market rollout, which had initially been expected to kick off in July 2017.

Xiaolu Zhao (赵小鹭) is senior programme manager at Environmental Defense Fund (EDF), an NGO that has a long track record of working closely with the Beijing government. Reached in Beijing by email, she said she believes China’s ETS rollout is on track according to its internal schedule.

Development is much more complicated than in other jurisdictions as there are many other policies interacting with ETS in China. This means great co-ordination is needed

“Maybe ‘delay’ is not such an appropriate description here for we are now in the middle of the second phase of the rollout of the national market and we are preparing for the upcoming test run,” she said.

Zhao said the responsibility for addressing climate change has shifted from the National Development and Reform Commission to a newly created Ministry of Ecology and the Environment (MEE), which will also take up the former duties of the Ministry of Environmental Protection. “The MEE and the power sector stakeholders have been making a great effort and are showing good progress on data collection and various capacity-building activities.” She said this is taking time but will “lay a much more solid foundation for the national ETS”.

She emphasised that China will transition to a national ETS market from the seven regional pilot markets, which were launched between 2013 and 2014. Zhao confirmed that a timeline in an EDF report from 2017 is still more or less accurate: 2018 was when the infrastructure of the market was to be developed, while simulation ETS trading was to begin in 2019. In 2020, described as a “deepening and perfecting period”, spot trading of allowances is slated to begin in earnest.

Professor Maosheng Duan, of Tsinghua University in Beijing, has been intensively involved in the development of both the regional pilots and the national ETS programme. In an email he said in designing the national system, Beijing has taken lessons from the performance of regional pilots, including the necessity of a strong legal basis, a reliable monitoring reporting and verification system, capacity-building, and a tight emissions cap.”

But Professor Duan said complexity was an issue. “Development of the ETS in China is much more complicated than in many other jurisdictions as there are many other policies (energy efficiency and conservation, renewable energy, addressing over-capacity, etc.) interacting with ETS in China. This means great co-ordination is needed and makes the development of an effective ETS very complex.”

EDF’s Zhao said there is still uncertainty on the role of the regional pilots once the national system is up and running, something that “can lead to lack of stable market expectations for participants.” She also sees “lack of a legislative foundation, and the need for concrete accounting as well as an information disclosure standard” for the national market yet to come.

But she confirmed that the national market’s cap, at present, will only include the power-generation sector, and it will only be a spot market, though several regional pilots, including Shanghai, Hubei, and Guangdong, have been trialling selected hedging instruments, including swaps and forwards, to accumulate expertise.

China’s national (power generation only) ETS market will be 3,500 metric tons of CO2 equivalent (3 billion tons), which is almost twice as large as the 1,839 MtCO2 of carbon emissions covered by the EU ETS. 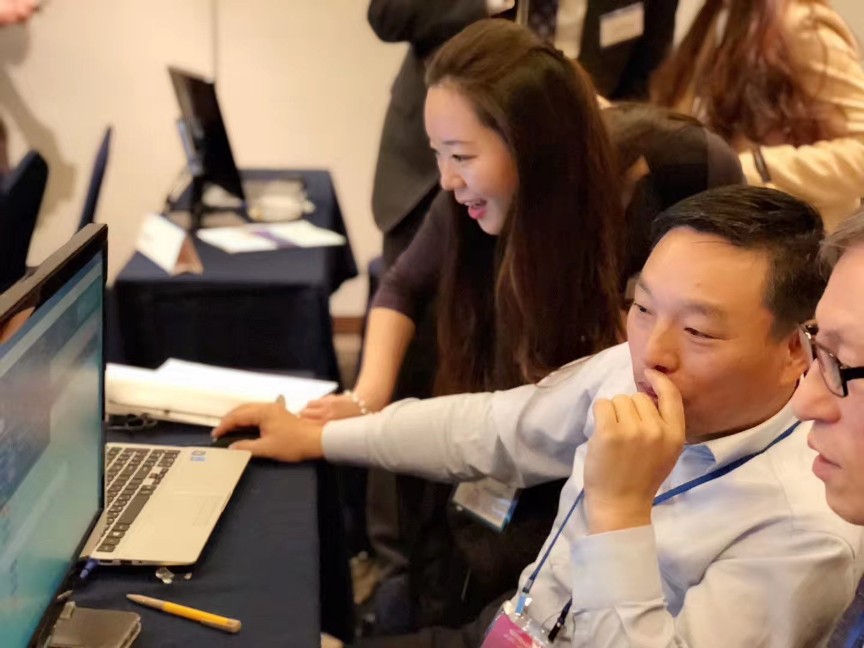 Xiaolu Zhao, of the China climate initiative for EDF, at a government-led ETS briefing in Beijing. (Credit: EDF)

It will cover nearly 40% of China’s greenhouse gas emissions.

Zhao said companies covered by the cap are gearing up too. “All major power groups have established carbon asset management companies or teams to facilitate the decision-making of carbon trading.” In addition to trading their carbon portfolio in a way that maximises value, companies are responsible for accounting and reporting their emissions accurately, with third-party verification.

For those in the C-suite in China and elsewhere who may need to brush up on their skills or deepen their understanding, EDF has developed CarbonSim, an AI-enhanced, multi-language ETS market simulation tool that helps users construct and manage a carbon portfolio through role play. Each user is given a marginal abatement cost curve. They then must weigh investing in internal reductions against buying (or selling) emissions allowances or offsets in a dynamic market where price is fluctuating based on other players actions, in order to meet their reductions target.

Paula DiPerna is a special adviser to CDP who helped create the first Chinese pilot scheme in Tianjin. Asked the implications of China’s next steps for world emissions reduction, she said China should not let the perfect be the enemy of the good. It would not be problematic for prices to start out low or vary region to region, as long as China sets up a market that’s credible. “Because at some point they’ll have to link with the rest of the world, and those who are short in the rest of the world can buy these less expensive Chinese allowances and that will potentially drive the price up.”

She added: “What remains to be seen is the extent to which the Chinese ETS will become a global marketplace that other countries are able to link into. That is the open question, not whether they go forward or not.”

Asked about China’s ambitions for linking to other markets, Professor Duan wrote: “It is clear in the construction/development plan that in the long run, China wishes to develop a national system with great international influence and hopes to link its system with others.”

Given China’s track record of meeting its promises, the country could potentially be a global leader in the crucial area of pricing carbon – a win-win for China, and the world.

Jill Baker is an adjunct fellow at the Hong Kong-based Asia Business Council, and is research adviser at Terra Alpha Investments. She was the principal researcher for The Greening of Asia: The Business Case for Solving Asia’s Environmental Emergency(Columbia University Press, 2015).

This article is part of the in-depth Carbon Pricing briefing. See also:

The rise and rise of carbon pricing

US business pushes for price on carbon amid growing climate awareness

Shell wants ‘to be at the leading edge, not the bleeding edge’ on climate action