Activist investors vow to keep climate in their sights, despite war in Ukraine

Mike Scott reports on the new breed of shareholder activists, like Engine No. 1, who are focused on accelerating the energy transition from inside companies

Most strikingly, ExxonMobil, once the world’s biggest company and the energy major most reluctant to address climate change, saw a tiny investment firm, Engine No. 1, win three seats on its board.

Although the conflict in Ukraine has diverted attention, the victories marked the coming of age of a new breed of shareholder activism focused on accelerating the energy transition. And despite the current turmoil, this activism looks set to stay.

Our view is that you don’t run from the fire, you don’t create change by negative screening

The campaigns were helped by a change in investor sentiment brought about by the change in administration in the United States and the increasing anecdotal evidence of the damage climate change is already wreaking, from heatwaves in the Arctic to wildfires in California. Crucially, the U.S. Securities and Exchange Commission also allowed resolutions to proceed that in previous years oil and gas companies had managed to block.

Engine No. 1 is staying tight-lipped ahead of earnings season, but executive chairman Chris James says on the firm’s website that “other ESG funds have operated on the assumption that negative impacts are bad so we’re not going to own energy companies. Our view is that you don’t run from the fire, you don’t create change by negative screening.”

The key to the success of these campaigns is that the economics and the environmental imperative are aligned. 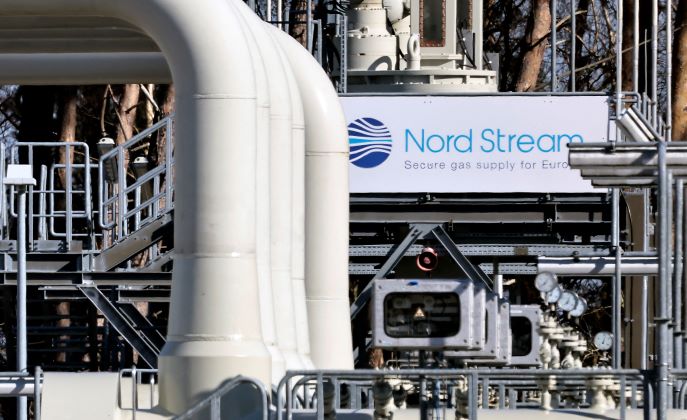 “Engine No. 1 is just typical of where investors are at the moment,” says Danielle Fugere, president and chief counsel at As You Sow, a U.S. shareholder advocacy group that started engaging with companies on climate action in 2013.

“Engine No. 1 was successful because ExxonMobil was losing value, it was not responsive to the wishes of the majority of shareholders, and it was not very well run. Investors are saying ‘we want change. We want an orderly transition’.”

And now the politics are aligned as well, says Mark van Baal, founder and chief executive of Netherlands-based Follow This. “Russia is only able to fight the Ukraine because of its oil and gas revenues. Now that renewables are in many cases cheaper than fossil fuels, an enlightened CEO of any oil major – knowing that continued investments in a fossil-fuel dependent economy exacerbates the climate crisis – would opt to shift its investments to renewables.”

Many traditional funds are hesitant to take a public stance, but it is natural for us to be vocal

There is a growing recognition that divesting of dirty assets, as many companies are opting to do, won’t do anything to cut emissions.

London-based investor Bluebell Capital is calling for Anglo-Swiss commodities giant Glencore to spin off its coal assets but maintain control of them so it can wind them down responsibly. “As owners of the business, investors clearly have a role to play in these matters,” says partner Giuseppe Bivona. “Many traditional, long-only funds are hesitant to take a public stance, but it is natural for us to speak up and be vocal.”

Even though climate change resolutions are often filed by small investors, they are increasingly gaining  support from these larger investors. “Large funds are happy for small investors to make these points and support them, rather than make the point themselves,” says Thomas Schweppe, managing director of German investment advisory group 7Square. 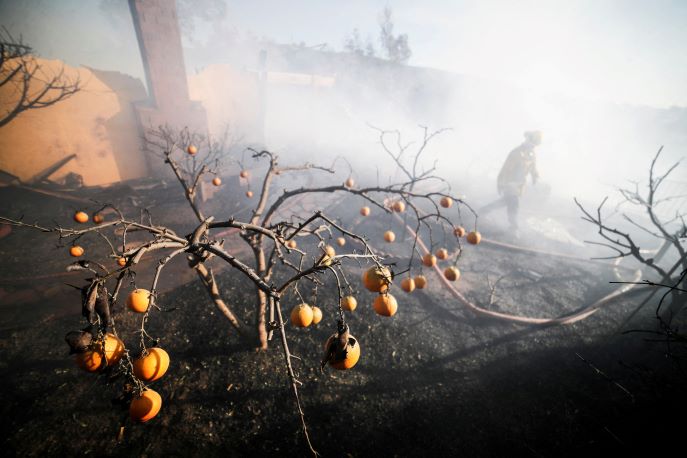 But Bivona at Bluebell Capital observes that “there is often a gap between what the big, established asset managers say about ESG, and how they vote”.

The activist trend is set to continue this year, both in the United States and Europe. According to the investor group Ceres, 202 climate-related shareholder proposals have already been filed at North American companies, equalling 2018’s record, and with the possibility of more being filed.

Of these, 69 have already resulted in negotiated agreements, with companies agreeing to take the actions sought in the resolution in exchange for shareholders withdrawing the resolution from the proxy. “The number of negotiated agreements is fast becoming a record, since the season has barely begun,” Ceres says. “The most prevalent type of climate-related shareholder resolution filed this year are those seeking information on greenhouse gas emissions reductions or asking a company to set GHG (greenhouse gas) reduction goals.

We can’t reach a 2050 1.5C world if these companies have large amounts of emissions over the next 10 years

Follow This says it will file resolutions with at least seven companies this year – at Shell, BP, Phillips 66, ConocoPhillips, Occidental, ExxonMobil and Chevron, according to Roos Wijker, communications and engagement executive at Follow This.

Each resolution makes the same demand, she says. “We are asking the board for emissions-reduction targets in line with the Paris Agreement, with short-, medium- and long-term milestones. We can’t reach a 2050 1.5C world if these companies have large amounts of emissions over the next 10 years.” 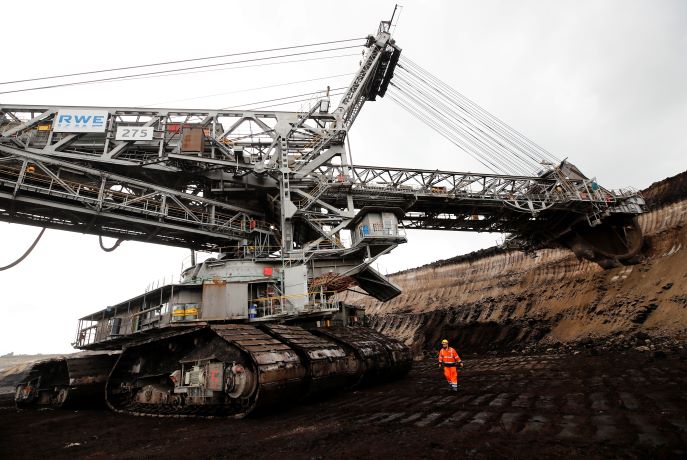 Investor Enkraft is pressing RWE to speed up the disposal of its lignite coal business. (Credit: Wolfgang Rattay/Reuters)

In Germany, Enkraft, a small family office that invests in renewable energy projects, has taken a leaf out of Engine No. 1’s book and has filed a resolution call for the giant utility RWE, Europe’s third-biggest CO2 emitter with 8 gigawatts (GW) of coal-fired power generation capacity, to spin off of its huge lignite coal business more quickly than planned.

RWE says that it will wind down its coal business in line with the German government’s (recently revised) requirements of a 2030 phase-out. Enkraft argues that it will be better for the business if it accelerates that timetable, says Schweppe, whose firm, 7Square, advises Enkraft. “No sensible or responsible ESG investor can invest in this stock, even though it is the biggest electricity distributor in Germany and has a significant renewables portfolio, because it has this non-core business attached to it.” Enkraft’s motion adds that “the persistent inactivity of the board is no longer justifiable and is unacceptable”.

Bivona at Bluebell Capital argues that Glencore’s shares trade at a discount for the same reason.

Every time we file a shareholder resolution, we get more support from investors, and the companies act

These legacy businesses are not only preventing asset managers from investing – a trend that will be accelerated by the introduction of the European Union’s Sustainable Finance Taxonomy – but more and more insurers are refusing to insure coal-related businesses, pushing costs up. “There are some very clear value-crystallising steps you can take by either spinning out or closing the lignite operations,” Schweppe says.

Enkraft asserts that closing down lignite could add more than 16 billion euros ($17.6 billion) to RWE's market value. “Time is of the essence, from both a commercial and an environmental perspective. Do you want to create value now or in five years’ time?” Schweppe says.

Enkraft’s efforts illustrate that investors tailor their campaigns to the markets they are working in. “In the U.S., it’s about convincing other shareholders, and if management doesn’t go along with it, you start a proxy contest to unseat incumbent board members, like Engine No. 1 did,” Schweppe explains.

“In Germany, you have co-determined boards (where workers elect representatives to boards), so convincing investors only gets you so far. Public opinion is far more important here. Managements don’t like to be challenged. It really winds them up,” he adds. 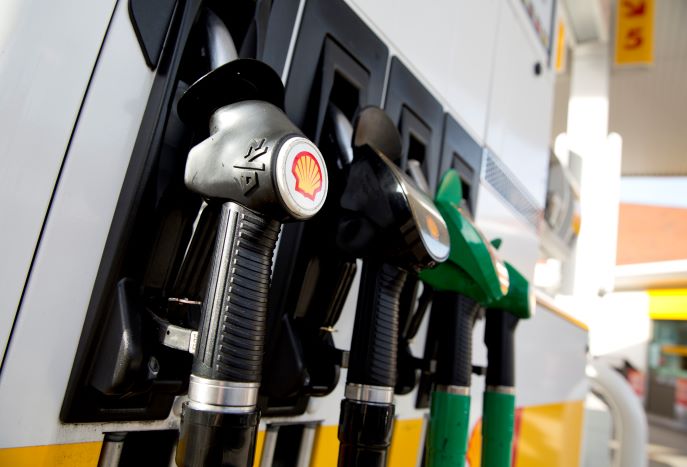 Wijker at FollowThis says perhaps that is why “every time we file a shareholder resolution, we get more support from investors, and the companies act. We asked Shell to address their Scope 3 emissions, after they said that they did not consider Scope 3 to be their responsibility. Just 6% of investors supported it, and (Shell) said they would recognise Scope 3. As soon as investors make themselves heard, there is a change.”

Schweppe says Enkraft has beeb unsure whether to file the resolution in the light of the war in Ukraine and the EU’s recently announced plan to wean itself off Russian energy supplies. Several countries in Europe, including Germany, are looking at re-opening coal plants or delaying plans to phase them out.

But Schweppe says the case for climate action remains as strong as ever, if not stronger, and the crisis represents an opportunity for Europe to speed up its deployment of renewable energy and energy efficiency measures. In addition,

As energy security concerns trump climate, will drive to cut methane be derailed?

The rising tide of climate litigation that is lifting all boats

How Australia could help Europe solve its low-carbon energy quandary

‘We’ll be producing green steel in commercial quantities by 2026’

Will Ukrainian crisis help bring nuclear in from the cold?

New life injected into ambition of capturing CO2 from air

Carbon capture gains ground, but still ‘drop in the bucket’ in getting to net zero

Will 'historic' U.S. climate bill herald a ne...
'The backlash to climate-smart investing in the U....
ESG Watch: Biden's ‘made-in-America’ climate l...
‘We all have to get ahead of the curve on sustainabil...
comments powered by Disqus