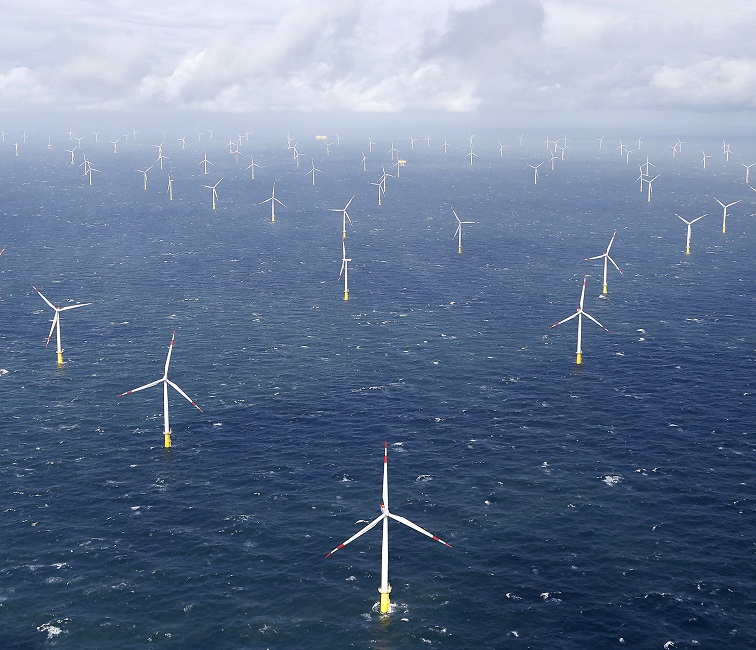 The US is poised to build its first large-scale offshore wind arrays and projects are queueing up for approval. (Image credit: REUTERS/Morris MacMatzen)

The Biden administration has set a US target of 30 GW of offshore wind by 2030 and aims to complete environmental reviews of at least 16 offshore wind projects by 2025 in a major set of policies and pledges announced by the White House on March 29.

The offshore wind target is more ambitious than the target of 30 GW by 2035 set by the US wind industry. President Biden wants to create a new clean energy economy and the new measures will accelerate the transition to large-scale offshore wind projects and help to create thousands of jobs on the East and West coasts. US offshore developers have warned of a growing queue for environmental approvals at the BOEM, a division of the Department of Interior (DOI). The Biden administration has already issued an Executive Order for faster approvals and the BOEM now plans to complete the reviews of "at least 16 Construction and Operations Plans (COPs) by 2025, representing more than 19 GW," the White House said.

The BOEM will also "advance new lease sales" and has created a new offshore wind development area in the New York-New Jersey Bight, a shallow water area between Long Island and New Jersey, it said. Following a public consultation, BOEM will tender for leases in the Bight in "late 2021 or early 2022," it said. Offshore wind developers, component suppliers and transmission builders will also gain access to $3 billion of loan guarantees to help scale up capacity, after the Department of Energy (DOE) reopened its Loan Programs Office earlier this month, the administration said. Power industry figures have urged East Coast US states to set out plans for onshore and offshore grid networks to accommodate waves of offshore wind build. The Biden administration will also offer $230 million of federal funding to port authorities to support offshore wind infrastructure.

By 2030, the US offshore wind industry could employ 44,000 workers directly and support 33,000 additional jobs, the White House said.

The bill still requires approval from the Texas House and Governor Greg Abbott and joins the growing list of legislation tabled by lawmakers in response to the Texas power crisis. The Senate approved a bill March 15 that would cut around $5.1 billion in disputed electricity fees set by grid operator Electric Reliability Commission of Texas (ERCOT) as severe winter weather cut supplies.

Freezing rain and snow cut the supply of wind, gas, coal and nuclear power and left over 4 million Texans without power. By March 25, the official death toll had risen to 111 people.

As supplies froze, coordinated blackouts were implemented across the ERCOT power grid and customers were urged to limit power usage to prevent system-wide outages. ERCOT raised power prices to $9,000/MWh - around 400 times the average level - to encourage power generators to stay online. After the event, ERCOT was criticised for maintaining high prices for 32 hours longer than necessary. However, the Texas Public Utility Commission ruled the grid operator did not have to compensate market participants for the error.

Generators and suppliers were left reeling from the financial impact. Four Texas power suppliers filed for Chapter 11 bankruptcy and profits were slashed across the power sector.

Crown Estate Scotland has increased the price cap for seabed licences in the Scotwind tender by 10 times to 100,000 pounds ($137,880) per square kilometre, after surging demand hiked prices in England and Wales.

Scotwind is the first auction for seabed licences in Scotland in a decade and will offer an area of 8,600 sq km. Last month, Crown Estate Scotland delayed the auction after prices in the Round 4 tender in England and Wales hit as high as 154,000 pounds/MW/year. The auction was the first in Europe based on bids for upfront option fees, which the developer must pay until it gains final planning permission.

The ScotWind tender will "keep the same basic pricing structure" as planned before the England and Wales tender, Crown Estate Scotland said March 24. The leases include deep water areas only suitable for floating wind technologies and developers now have until July 16 to submit bids.

The tenders form part of the UK's plan to increase offshore wind capacity from 10 GW to 40 GW by 2030. The England and Wales tender allocated six offshore wind leases to four different groups for a total capacity of 8 GW. The highest price was jointly bid by oil group BP and German utility EnBW, for each of two 1.5 GW leases, and was 65% higher than the next successful bidder.

The leases are valid for 60 years including a 10-year option, double the length of leases offered in earlier rounds. The developers require the leases to participate in contract for difference (CFD) auctions for state-backed offtake contracts.

The UK is planning to tender leases in the Celtic Sea for floating wind projects of capacity around 300 MW, the UK Crown Estate said March 24.

Seabed rights will be offered to projects that are three times larger than in previous offerings, and would support the government's target to install 1 GW of floating wind by 2030, the Crown Estate said.

The Crown Estate consulted the floating wind market on technology readiness and found that companies are confident they can move to an ‘early commercial’ phase, it said.

The Crown Estate will provide further details on the planned leasing tender in the coming months. The body will also set out ways to support smaller, pre-commercial projects that "will continue to be an important part of developing new technologies for a range of seabed conditions and locations," it said.

GWEC forecasts 469 GW of new wind power capacity will be installed over the next five years, far less than required.

To achieve net zero carbon by 2050 - a target set by the European Union and a number of countries - some 280 GW of new wind capacity is required each year, the industry group noted.

The US and China installed 75% of all global capacity in 2020 and global policymakers must work with the wind industry to accelerate deployment, GWEC said.

Governments should enact policies that speed up permitting and invest in grids and ports to accelerate deployment, the industry group said.

Policymakers should also "revamp" energy markets to ensure they factor in the true social costs of polluting fossil fuels and allow a faster transition to renewable energy, it said.

"It is really encouraging to see record growth in China and US last year, but now we need the rest of the world to step up to get us where we need to be," Ben Backwell, CEO of GWEC, said.