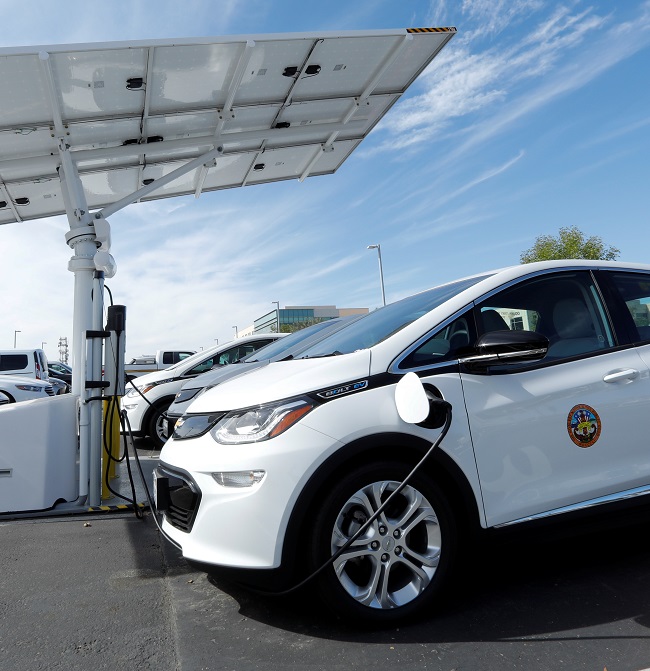 Order 2222 will allow the aggregation of small-scale power generation, energy storage, electric vehicles and demand response resources connected to the distribution grid or behind the meter. Regional grid operators will be required to adjust tariff mechanisms accordingly. The aggregated portfolios could have a significant impact on supply-demand balances and future generation needs.

In states such as California, net metering programs have incentivised new DER projects. Net metering allows customers with on-site generation to sell power back to the grid. Total US DER capacity using net metering rose by 4 GW in 2019 to 23 GW, data from the Energy Information Administration (EIA) shows. Since 2018, energy storage assets have been eligible to participate in wholesale markets under FERC Order 841. In July, the Court of Appeals for the District of Columbia Circuit (D.C. Circuit Court) upheld Order 841 following appeals from the National Association of Regulatory Utility Commissioners and the American Public Power Association, amongst others, to opt out.

“With this final rule on DERs, we build on the significant progress already made through Order 841 and expand our ability to harness the full potential of these flexible resources. By relying on simple market principles and unleashing the power of innovation, this order will allow us to build a smarter, more dynamic grid that can help America keep pace with our ever-evolving energy demands," Chatterjee said.

The UK's National Grid and Dutch grid operator Tennet have agreed to launch a feasibility study for the construction of an offshore multi-purpose interconnector (MPI) to connect 4 GW of offshore wind capacity planned in UK and Dutch waters.

The MPI would enable spare transmission capacity to be traded between the countries, increasing cross-border capacity by 2 GW to 3 GW, the operators said September 22.

The new interconnector would support the 2 GW IJmuiden Ver Wind Farm Zone in the Netherlands and a 2 GW offshore wind area in UK waters. National Grid and Tennet will define a "path-finder" project by the end of 2021 and aim to bring the interconnector online by 2029, they said.

The new offshore interconnector could be the first of many as European countries ramp up offshore wind targets. The UK government has set a target of 40 GW of offshore wind by 2030 while the Netherlands aims to build 11.5 GW by 2030, followed by a further 20 to 40 GW by 2050.

A larger international grid across the North Sea could help the European Union achieve its carbon reduction targets and accelerate growth in renewable hydrogen production.

BP partners with Equinor in US offshore wind

UK oil and gas group BP has entered the offshore wind market by buying a 50% stake in two US wind assets owned by Equinor and will partner the Norwegian company on future US offshore wind projects, the companies announced September 10.

BP will pay Equinor $1.1 billion for a 50% stake in the Empire Wind site off the coast of New York State and the Beacon Wind site in Massachusetts.

In August, BP announced it would hike its investments in low carbon technologies tenfold to around $5 billion per year and expand its renewable energy capacity from 2.5 GW in 2019 to 50 GW by 2030.

"Through this partnership Equinor and BP will consider future joint opportunities in the US for both bottom-fixed and floating offshore wind and will leverage relevant expertise to jointly grow scale," Equinor said in a statement.

Equinor is one of several early movers in floating wind deployment. The group operates the 30 MW Hywind Scotland floating wind project in the UK and will build the 88 MW Hywind Tampen project in Norway by 2022 to serve the Gullfaks and Snorre oil and gas platforms.

The Empire wind lease area spans 80,000-acres and is located 15 to 30 miles south-east of Long Island. The area could host some 2 GW of capacity and will be developed in two phases. The first project of capacity 816 MW secured an offtake agreement in a solicitation held by New York State in July 2019 and is expected online in the mid-2020s.

The Beacon wind site covers 128,000 acres off the New England coast, and has the potential for 2.4 GW of capacity.

Equinor will remain operator of the Empire and Beacon projects in the development, construction and operations phases. Over time, more BP staff will be employed at the wind farms.