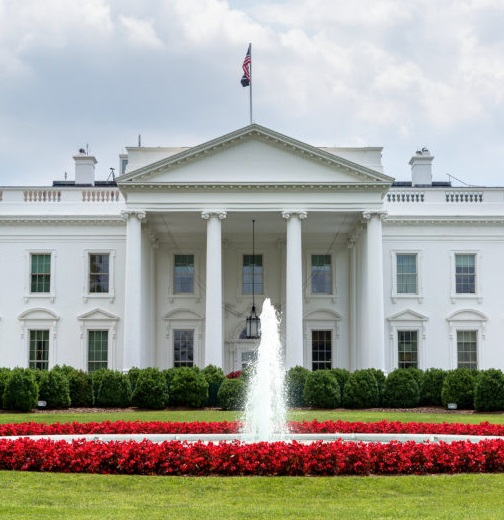 US presidential hopeful Joe Biden has set out a $2 trillion spending plan for clean energy and sustainable infrastructure, pledging to install 500 million solar panels and achieve net zero carbon emissions in the power sector by 2035.

The Democratic nominee has pledged to spend the $2 trillion in his first term, far faster than previously proposed.

Investments will also be channeled into battery storage technology to accelerate deployment in the power sector and for electric vehicles, it said.

Forecast US solar installations by segment

The US presidential election is scheduled for November 3.

US court upholds FERC order in win for energy storage

In a major victory for the energy storage sector, a US Court of Appeal has upheld legislation by the Federal Energy Regulatory Commission (FERC) that allows distributed energy storage assets to participate in wholesale markets.

On July 10, the Court of Appeals for the District of Columbia Circuit (D.C. Circuit Court) upheld FERC’s Order No. 841, following appeals from the National Association of Regulatory Utility Commissioners and the American Public Power Association, amongst others, to opt out.

“This is an enormous step for energy storage, with the affirmation that energy storage connected at the distribution level must have the option to access wholesale markets, allowing homes and businesses to contribute to the resiliency, efficiency, sustainability, and affordability of the grid,” Kelly Speakes-Backman, CEO of the Energy Storage Association (ESA), said in a statement.

“This latest affirmation of Order 841 is especially important as it ensures energy storage can contribute all its values to the grid, regardless of its connection point," Speakes-Backman said. "As our electric system becomes more modernized and distributed, we are seeing the regulatory frameworks at both the wholesale and retail levels adjust to that reality."

"Energy storage is a critical part of our clean energy transformation and will be a key part of solar’s goal to provide 20% of U.S. electricity generation by 2030," Katherine Gensler, vice president of regulatory affairs at the SEIA, said in a statement.

“...Still, we have a long way to go in terms of creating fair and open markets for all generators. We urge FERC to publish a final rule on wholesale market participation for distributed energy resources,” Gensler said.

The government carved out electricity storage from Nationally Significant Infrastructure Projects (NSIP) regime in England and Wales, allowing developers to apply through faster local planning regimes. The new rules apply for projects of capacity over 50 MW in England and over 350 MW in Wales and exclude pumped hydro projects.

"Removing barriers for energy storage projects, which are discouraging bolder investment decisions in larger battery facilities, could treble the number of batteries serving the electricity grid," the government said in a statement.

“We welcome the decision to make it easier to deploy flexible large-scale energy storage technologies in the UK, which will help to further decarbonize and improve the resilience of our energy system,” Chris Hewett, chief executive of the UK Solar Trade Association (STA) said.

“The next steps in unlocking the potential of energy storage, and maximizing the crucial role it can play in managing growing solar and wind output, are to provide greater access to flexibility markets, including the capacity market, and applying fairer network charging rules,” he said.

The government's move comes amid growing activity in solar plus storage and a rapid expansion in UK offshore wind capacity.

The UK has committed to achieving net zero carbon emissions by 2050 and increasing UK offshore wind capacity from around 10 GW, to 40 GW by 2030.

The deal includes 24 solar projects and follows a partnership between the groups in November 2018 for 2 GW of capacity in the MISO market, situated in the states of Michigan, Missouri, Illinois, Wisconsin, Indiana and Minnesota.

“We are pleased to enter into a new relationship with Tenaska in MISO and SERC, less than two years after our first MISO transaction,” Benoit Allehaut, Managing Director in Capital Dynamics’ Clean Energy Infrastructure business, said.

“The Tenaska team has done an excellent job overseeing a large portfolio of solar projects in attractive markets, and has worked well with our team in the past. We believe it is important to deliver competitive solar projects in regions where customers are switching to renewables,” he said.

Tenaska has developed 10.5 GW of gas and renewable power projects, including two solar projects in Southern California in which Capital Dynamics is an investor.

Acciona will work with Tenaska to complete the projects and plans to bring online eight of the plants, representing 1.5 GW of peak power capacity, by 2023, the company said.