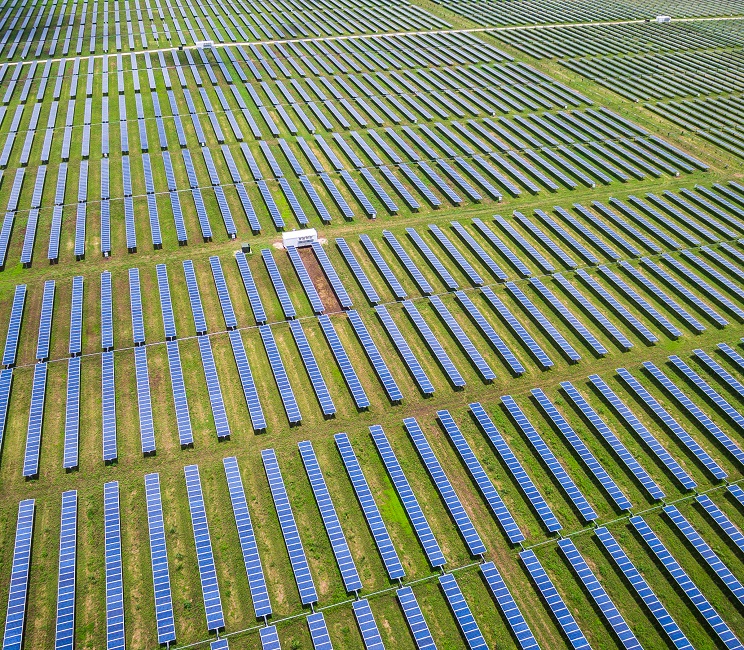 Utility-scale installations are forecast to hit a record level of 12.6 GW in 2020, the U.S. Solar Energy Industry Association (SEIA) and Wood Mackenzie Power and Renewables (WoodMac) said in its latest quarterly market report.

Some 8.7 GW of utility-scale PV is currently under construction and an additional 29 GW of projects are scheduled to come online in the next several years, the report said. 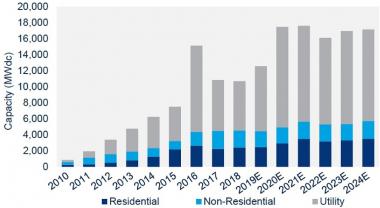 As fleet sizes grow, operators are expanding operations and maintenance (O&M) divisions and investing in the latest technology to maximize efficiency. Many are offering third-party O&M services to gain a share of the growing O&M market. Annual global solar O&M spending will double from around $4.5 billion in 2019 to $9.4 billion in 2024 as installed capacity grows, according to WoodMac.

SPower, the U.S.' largest privately-owned solar operator, has grown from eight employees in 2012, to 228 employees in 2019, including 98 operations staff. SPower currently operates 1.7 GW of capacity at 156 sites across 12 states.

The training and integration of new staff is a key challenge to growth, requiring significant resources, Randy Corey, Chief Operating Officer, sPower told the conference in San Diego on November 6. A surge in solar installations has led to a shortage in qualified construction and operations staff, Corey said.

"We have brought on 80 plus employees in the last nine months-- that's a challenge," he said.

Spower estimates the "hidden cost" to integrate an employee into company processes at between $50,000 to $150,000, not including wages and equipment, Corey said.

"That's not wages, that not equipment, that's people interacting. It's people [gaining] trust in what somebody else does," he said.

Expanding fleet sizes bring about greater monitoring and reporting requirements and operators must manage these alongside an expanding range of plant technologies.

To meet these challenges, operators like sPower and Southern Power are implementing the latest software and hardware solutions to minimize labor costs and gain economies of scale.

Spower has built up its own in-house O&M expertise to gain more control over costs.

In-house O&M requires significant investments but these are justified by the returns, Corey said.

Advantages of in-house O&M include greater control of cost, timing and documentation, Corey said. By incorporating these duties, sPower has increased coverage hours, uptime and power production, he said.

SPower has in place over 170 offtake and interconnection agreements for sites covering 1,300 land parcels, resulting in much higher compliance requirements than expected, Corey told attendees.

"In our company there are over 50,000 compliance items that we are contractually obligated to report on. Over 4,000 a month," he said.

Spower has integrated its monitoring and work order management systems into a central system used by all employees, Corey said.

"That brings an efficiency to the organization that you would not believe," he said.

In one example, automated monthly invoicing for revenue reduced errors and delays and saved around 1,400 to 1,800 man hours per year. This represents a saving of over $150,000 per year, based on a median wage with burden of $75/hour, Corey said.

"The system is paid for- as you get bigger, you need these things to get to the other side," he said.

SPower operates in a spare parts cooperative, giving it access to around $4.7 million of spare parts, Corey said.

"We share inventory- it's expensive. As companies, that has to happen more and more," he said.

Following a surge in solar development in the last five to 10 years, Southern Power has been reviewing the performance of its fleet, Lindsey Tibbs, Solar Operations Project Manager, Southern Power, told the conference.

Southern operates 28 PV facilities for a total capacity of 2.8 GW and over the last year the company has been analyzing ways to improve O&M efficiency.

Operators can supplement field checks with a combination of data analytics, aerial and hand-held IR scans and degradation studies to identify generic issues as well as site-specific faults, Tibbs said.

Drone aerial scans allow operators to identify whether faults are occurring at module level or string level, or due to other issues.

"Aerial scans are moving to the forefront," Tibbs said.

"The price seems to be dropping on them enough that they are starting to supplement maintenance practices in a way that is really economic," she said.

"We recently did this at a facility in Texas and found that we had three issues we needed to handle that day," Tibbs said. "We needed to take that equipment off-line...we were really able to prevent something more serious."

"We are looking to take both of those and compare them," she said.

Southern has been working with research groups such as the Electric Power Research Institute (EPRI) and the National Renewable Energy Laboratory (NREL) to establish how to action on the results.

The company is prioritizing models that provide the "greatest dollar value" to operations, focusing on performance metrics for inverters, transformers, trackers and combiner boxes, she said.

Corey and Tibbs both highlighted the need to share data and learnings to increase the competitiveness of the solar industry.

"The value of that data to the industry is absolutely phenomenal," Corey said.

"It's ok to share. That's what we've tried to do better," Tibbs said. "Hopefully as we share...we'll get better at it."