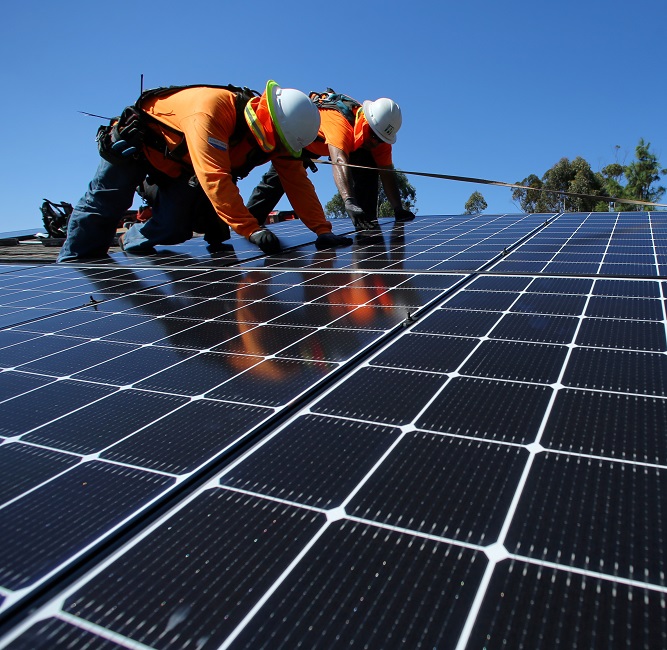 US residential solar installer Sunrun is to buy competitor Vivint Solar for around $1.5 billion, the companies announced July 6. The new company will have a combined enterprise value of $9.2 billion.

"This transaction will increase our scale and grow our energy services network," Lynn Jurich, CEO of Sunrun said.

"Joining forces with Sunrun will allow us to reach a broader set of customers and accelerate the pace of clean energy adoption and grid modernization," David Bywater, Vivint CEO, said.

Sunrun shareholders will hold around 64% of the combined company, with the remainder held by Vivint stockholders. Together, the companies have around 500,000 customers, representing 3 GW of capacity.

Forecast US solar installations by segment The acquisition will create around $90 million of annual savings, the companies said.

"We see opportunities across the entire cost base, including consolidating and optimizing our branch footprint, reducing redundant spending on technology systems, scaling our proprietary racking technology, as well as improving sourcing capabilities within our supply chains," they said.

"A larger footprint of solar and battery assets...increases the value of what we bring to our grid services partnerships and strengthens our ability to deliver considerable value in that business," the groups said.

Congress must support the "rapid deployment" of solar, wind, energy efficiency and other low carbon measures, as well as new transmission infrastructure, the committee said.

Macquarie, Enso to build 1 GW of UK solar plus storage

"Initial projects are grid secured and are being submitted for planning approval," the partners said. "This includes projects across England and Wales, where the team are currently conducting virtual community consultations."

The coupling of solar and batteries will allow the plants to supply peak demand periods as well as grid services that help mitigate rising solar and wind capacity.

Many of the projects will use the latest bifacial and tracking technology, which should increase efficiency and lower average costs.

GIG was initially launched by the UK government in 2012 as the Green Investment Bank. Bought by McQuarrie in 2017, GIG has financed 7.5 GW of renewable projects in the UK and has a global development pipeline of 25 GW.

Enso has developed over 1.5 GW of renewable energy projects in the UK.

Octo will seek out opportunities on dual-use sites, such as farmland, the companies said.

EDF is one of the "Big Six" energy suppliers in the UK. The group currently owns 1 GW of UK solar capacity and 1 GW of wind. The group also operates a 49 MW battery, the largest in the UK, at its West Burton gas-fired power station.

EDF's partnership with Octo forms part of the group's plan to build 10 GW of storage capacity in Europe by 2035 and double its renewable energy capacity to 50 GW by 2030.