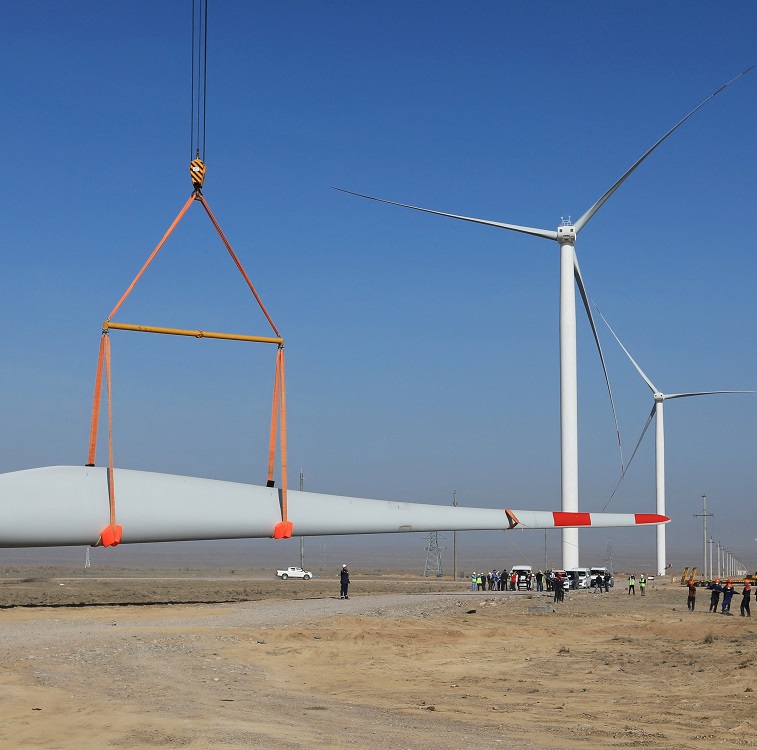 Turbine suppliers have been hit by rising costs and logistics challenges after years of intense market competition. (Image: REUTERS/Pavel Mikheyev)

Core earnings margin was minus 5.9%, below the company's forecast in August of minus 5.5%, it said November 10.

A week earlier, leading onshore turbine supplier Vestas posted a net loss of 1.0 billion euros ($1.0 billion) in the first nine months of 2022 and cut its 2022 profit margin outlook to minus 5% from between minus 5% and 0%.

All three companies have announced job cuts - GE plans to reduce global headcount at its onshore wind business by around 20% over the next 12 months, GE's CEO Larry Culp said.

Turbine suppliers have started to increase their prices and predict better results within a few years as more consumers turn to renewable energy and governments accelerate decarbonisation plans.

U.S. quarterly wind installs slumped by 78% on a year ago to just 356 MW in July-September, due to inflation and logistics challenges, grid connection delays and the phasing down of earlier U.S. production tax credits (PTCs), the American Clean Power (ACP) association said in its latest quarterly report.

U.S. solar installations in the third quarter fell by 23% on a year ago to 1.9 GW as developers continued to face delivery delays due to supply chain challenges and slow import approvals by U.S. Customs and Border Protection. Storage installations hiked by 227% to 1.2 GW as the battery market heats up.

Wind, solar and storage installations are expected to soar in the coming years following sweeping tax incentives in President Biden's Inflation Reduction Act (IRA). The IRA extends tax credits for wind and solar for the next ten years and allows stand-alone energy storage projects to qualify for the first time. The bill also includes tax credits for manufacturing to boost domestic supply.

The IRA could lead to an additional $160 billion of investments in onshore wind, doubling installed capacity over the next decade to 280 GW, compared with an earlier growth forecast of 38%, Rystad Energy consultancy said.

There is currently around 22.5 GW of U.S. onshore wind capacity either under construction or in advanced stages of development. Some 6.3 GW of this capacity is in Texas, followed by 3 GW in Wyoming and 2.3 GW in Illinois, while 12 states have more than 500 MW in development. Canada will introduce investment tax credits (ITCs) of up to 30% for renewable energy technologies as it looks to close the competitive gap with U.S. companies, finance minister Chrystia Freeland announced in the government's Fall Economic Statement.

The move follows the passage of President Joe Biden's U.S. Inflation Reduction Act (IRA) that extends tax credits for wind and solar for the next 10 years and allows developers of stand-alone energy storage to access the credits for the first time. The bill also includes tax credits for manufacturing to boost domestic supply.

Companies will need to meet domestic labour requirements to gain the full 30% tax credit and others will be eligible for a 20% credit.

"We will make it more attractive for businesses to invest in Canada to produce the energy that will power a net-zero global economy," the minister said.