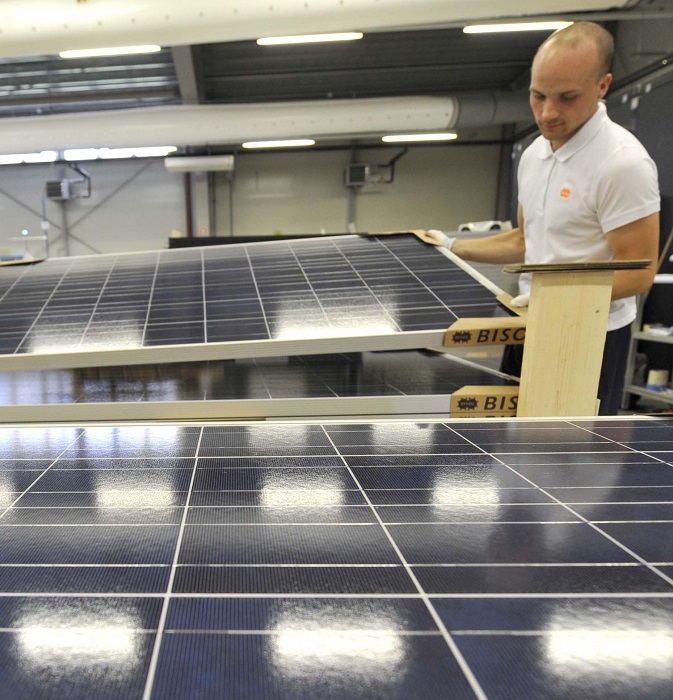 The IRA includes new tax incentives designed to spur domestic manufacturing, including a 30% Investment Tax Credit (ITC) and a production tax credit (PTC) that is product specific. Tax credits for solar builders have been extended by ten years.

These announcements are encouraging but are “not to the scale the U.S. market needs,” Edurne Zoco, Executive Director, Clean Technology & Renewables, S&P Global Commodity Insights, said. The U.S. is on track to triple manufacturing capacity to 22.5 GW by 2024, the White House said, but solar installations must triple to over 60 GW/year to hit President Biden’s climate goals. Wood Mackenzie raised its U.S. solar forecast by 40% following the IRA, predicting solar capacity could almost triple to 336 GW by 2027.

Developers are eager to buy more U.S. products to reduce supply risks and claim additional IRA tax credits. They installed only 4.9 GW of solar in the first half of 2022, the lowest level since 2019, due to ongoing global price volatility and logistics challenges.

Developers will need access to lower-cost Asian products until U.S. manufacturing is scaled up. The IRA incentives should reduce the price gap with Asia, Kevin Smith, the CEO for the Americas at developer Lightsource bp, said. Lightsource bp signed a 5.4 GW module supply agreement with U.S. group First Solar in November 2021.

“We are paying a premium for our U.S. supply but that gap is narrowing and the IRA tax framework should make domestic prices even more competitive,” Smith said.

Initial solar manufacturing growth is likely to come from the expansion of U.S. module and tracker facilities able to quickly seize on the IRA benefits. Currently, virtually all production capacity for wafers and solar cells is in China and it will be challenging and costly for the U.S. to build factories and supply channels from scratch, sources said. SPI Energy said it plans to build 1.5 GW of US wafer manufacturing capacity by 2023 and reach 3 GW by 2024, after the IRA improved the business case.

U.S. polysilicon companies would likely need several years to boost production as they are currently idle or supplying polysilicon to other industries.

Enel's plan to build its first large U.S. module factory highlights the demand from solar developers to gain access to domestic content. Enel operates around 8 GW of renewable energy capacity in North America and plans to install a further 6 GW by the end of 2024.

Enel aims to secure a local supply of wafers for the cell manufacturing mix, Viale said.

Reaching full production could take around two years and in the meantime Enel plans to potentially import panels from Italy and work with its “large and diversified” Asian supply chain, he said.

The sweeping tax credits in the IRA will lead to many more long-term supply agreements with domestic manufacturers, Smith said. In June, AES Corporation, Clearway Energy Group, Cypress Creek Renewables and D. E. Shaw Renewable Investments created a new consortium that will buy 6 to 7 GW/year of U.S.- made solar modules from 2024 at a cost of over $6 billion.

U.S. manufacturers are also waiting for clarification on whether additional incentives for sourcing U.S. materials will apply to products that contain some imported components. Manufacturers can claim an additional 10% tax credit if they source all their iron and steel components and at least 40% of the total cost from U.S. suppliers. The clarifications may not be issued until Q1 or Q2 next year, Zoco said.

The exact details could impact Power Electronics' plans to build a new U.S. facility, Ron Puryear, the company’s Vice President and General Manager, said. Power Electronics has struggled to secure components such as chips and fans for its inverter factory in Valencia, Spain and is considering building a large U.S. facility in Arizona or Texas to expand upon its existing smaller facility in Arizona, Puryear said. The planned U.S. factory would produce solar inverters and coupled equipment for energy storage.

“We'd like to find out what we can still source out of Europe and what we can source here in the U.S., what that percentage looks like,” he said.

The ability for companies to benefit from tax credits depends on their balance sheets and grant funding may be required to commit to a facility, Puryear said.

"I think we need grant money to move forward because we don't have a big tax appetite,” he said.

“Not allowing us to do that would artificially constrain the potential growth of the industry,” Ben Catt, CEO of Pine Gate Renewables told Reuters Events.

President Biden wavered tariffs on panels from the four largest supplier countries in Southeast Asia for 24 months and solar builders want this period extended as far more U.S. factory announcements will be required to fulfil demand.

In addition, bans on imports from Xinjiang under the Forced Labor Prevention Act (UFLPA) has caused a blockage in imports as inspectors assess products.

Xinjiang produces 50% of the world's polysilicon and the U.S. Customs and Border Protection is expected to clarify rules on which exporters are circumventing the UFLPA, Ross said.

This should allow imports to "flow a bit more easily," she said.