‘We’ve dealt Gen Z a bad hand of cards. Now we must give them the tools to rein in Big Tech’

COMMENT: Robert Wigley argues that regulators have a duty to ensure companies that control the internet serve society, not just their own profit and loss accounts.

Society’s attention has been hijacked by a tsunami of devices, what I call “weapons of mass distraction”, which lock us in to what big tech wants us to see and want. The sparkiest Generation Z social entrepreneurs know this, and are starting to mount a “techlash”, developing ideas to protect us from digital overload and interference.

Governments around the world are also waking up to the fact that anti-trust regimes, particularly in America, have failed to prevent the emergence of massive dominant companies in the areas of search, advertising, news dissemination, connecting, messaging, recruiting and retailing. Companies that were relatively recently startups have become global monopolies that wield their dominance in ways that erode entrepreneurship, degrade privacy, and undermine a free and diverse press, according to the recent report of the U.S. Anti-Trust Sub-Committee on the Judiciary. The result is less innovation, fewer choices for consumers and a weakened democracy.

Over the same period as technology has become ubiquitous, adolescent wellbeing and happiness has been in continual decline

These companies have reached such scale and ubiquity in our daily lives that traditional anti-trust remedies won’t work. Big tech appears to be in denial that it needs to reform its model to have more societal purpose and responsibility. Take Google, a company where the average employee is aged 29 but the average age on its board is 62, with the youngest board member aged 47. Where is the ex-media regulator, psychologist, child development specialist, or simply Gen Z representative to provide challenge in the governance of its business model?

Causality is not proven, but many believe the conflation of the two is no coincidence, and big tech is accused of not cooperating with academia and civil society to allow proper examination of the data they hold, which would prove the case one way or another. If the accused won’t cooperate, society is entitled to draw a conclusion about its motives and apply the precautionary principle. The burden of proof should fall on big tech to prove that longer screen times, excessive social media use, gaming and widespread underage access to age-inappropriate content are not the cause. Governments were decades too late in creating health and safety legislation in industrial society, and it is taking too long for them to catch up with the negative impacts of the behemoth tech companies, which have grown out of the failure of anti-trust legislation. 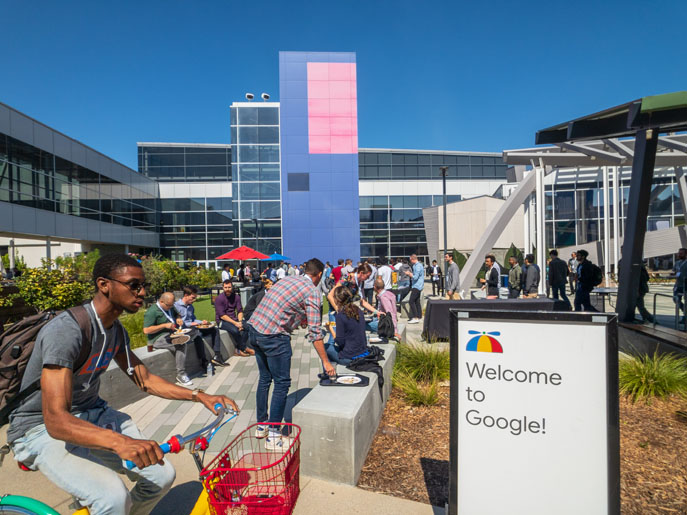 The average employee at Google is aged 29, but the average age on its board is 62. (Credit: Anton Gvozdikov)

Provided the UK doesn’t bow to the big tech lobby and allow its proposals for an Online Harms Bill to be watered down as they pass through parliament this year, Boris Johnson’s government is to be congratulated. The bill will place a statutory duty of care for the first time anywhere in the world on big tech to assess the harms its products and services may cause, particularly on children, and take actions to mitigate those harms. The regulator, Ofcom, will assess its judgements and fine these companies if it deems the actions are not sufficient. Meanwhile, the Age-Appropriate Design Code, a set of 15 standards that online services must meet to protect children’s privacy, which was published by the Information Commissioner’s Office last year, will provide children with even more protection if it is enforced. New compulsory relationship education in UK schools, whilst falling short of being a full course in responsible internet use, will at least highlight the differences between on and offline relationships.

And the new Digital Markets Unit at the Competition and Markets Authority will draw up and enforce a code to set out the limits of acceptable monopolistic behaviour, working on the basis that it is impractical to break these companies up.

In the U.S., the Attorney General has sent a law to Congress that would force big tech to take more responsibility for user-created content. It is going to be entertaining to watch platforms simultaneously justifying shutting down an elected president’s account with not being a publisher. Other countries may adopt Australia’s lead in appointing an esafety commissioner, and force monopolistic platforms to pay smaller companies for the news content that they distribute or use, depending on which way you look at it. EU Commissioner Margrethe Vestager promises similar proposals in the EU and good work is going on there in relation to the governance of AI.

Good though all these individual national initiatives may turn out to be, we must hope the UN Secretary-General’s new tech envoy brings real progress to the hitherto slow pace of progress on global internet governance at the High-Level Panel on Digital Cooperation and the Internet Governance Forum.

These institutions need reform to bring in more diverse countries and interests so that business, government and civil society may better cooperate to harness the benefits of technology, and the internet in particular, to deliver the Sustainable Development Goals. My generation is delivering Gen Z a pretty miserable hand of cards, including a damaged planet and now Covid debt. The least we can do is give them the tools to reset society’s relationship with technology so that big tech serves society, not just their own profit and loss accounts. 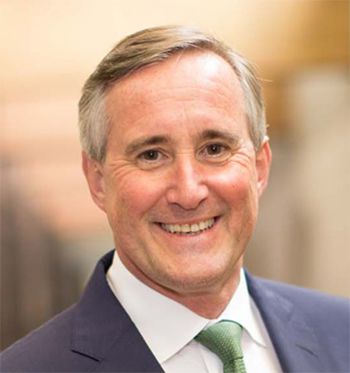 Robert Wigley backs young entrepreneurs in cutting-edge technology businesses and is the chairman of UK Finance. He sits on the UK’s Economic Crime Strategic Board, co-chaired by the Chancellor and the Home Secretary. He was chairman of the Green Investment Bank Commission. Born Digital: The Story of a Distracted Generation, by Robert Wigley, is available from Amazon, Kindle, Audible, all good book shops, and www.bookdepository.com.

'‘By 2041, I suspect most major brands of today ...
Greta Thunberg: ‘Our hopes drown in your empty promis...
When trees have ears: How Topher White is fighting ille...
Why the business of business must be to solve the plane...
comments powered by Disqus