The surge in renewable energy projects over the past six years has led to a sharp rise in allegations of human rights abuse by hydro and wind power developers, according to the Business and Human Rights Resources Centre.

The London-based NGO reports in a briefing this week that it has received 94 allegations of human rights abuse against hydro and wind power projects since 2010, most for hydro projects, but increasingly for wind. The complaints come mainly from indigenous people, who allege that they been subject to dispossession of their land without consent.

The NGO reports: “With few exceptions our outreach to 50 companies involved in renewable energy projects with a set of questions about their human rights approach found an alarming lack of transparency, awareness and implementation of human rights responsibilities.”

While 34 companies said they have some commitment to consult with local communities, BHRRC said, only five refer to respecting indigenous peoples’  internationally recognised right to free, prior and informed consent (FPIC).  Three of the five companies that have FPIC, Honduras-based DESA, Kenya’s Lake Turkana Wind Power and Denmark’s Vestas, have faced human rights challenges about this commitment on the ground.

Eleven of the companies that faced human rights allegations had projects registered with the UN’s Clean Development Mechanism.

“Local communities are faced with some of the most damaging impacts including dispossession of their lands, livelihoods undermined, threats and intimidation, killings, displacement, among other abuses. Many of these issues are associated with a lack of adequate human rights due diligence procedures and impact assessment, as established by the UN Guiding Principles on Business and Human Rights, ” BHRRC said.

Phil Bloomer, executive director of the centre, said some companies were showing the way. “Recently, Statkraft [Norway] and Saami villagers raising concerns about a wind farm’s impacts on reindeer herding were able to reach a final agreement, demonstrating that a fast and fair transition to renewable energy is not only possible, but essential.” 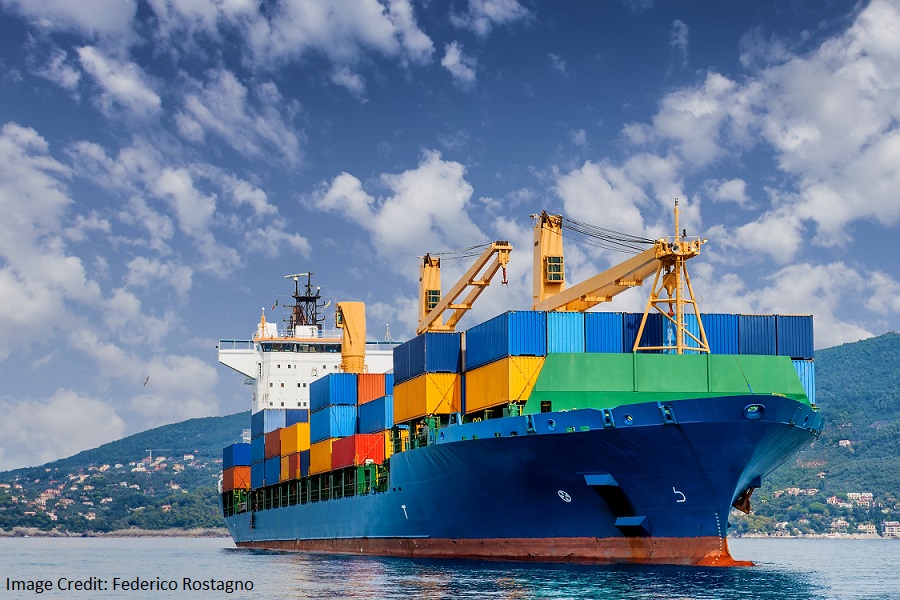 The world’s leading shipping organisation, the International Maritime Organisation (IMO) has agreed to cap emissions of sulphur from ships, but has fallen short on the adoption of mandatory requirements to cap greenhouse gas emissions.

Sulphur will be capped at 0.5% of shipping fuel content by 2020. Current levels in maritime fuels can be as high as 3.5%. The decision reduces the contribution of shipping to the world’s air pollution from about 5% to 1.5%.

However, no decisive action was taken on capping greenhouse gases. Environmentalists have criticised the IMO for only approving a roadmap through 2023 that requires ships of 5,000 gross tonnage and above to collect fuel consumption data as a basis for future measures.

Sotiris Raptis, shipping officer at the NGO Transport & Environment, said: “This can in no way be seen as a proper response to the challenge laid down by the Paris climate agreement. The IMO is proposing to stall any action until 2023. The decision to delay by at least a further seven years any agreement on reducing greenhouse gas emissions from shipping constitutes an abject failure by national governments and the shipping industry.” 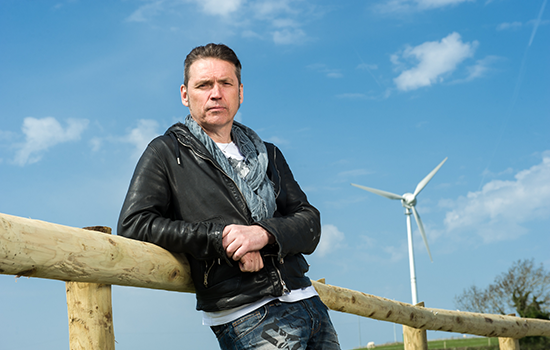 UK green energy supplier Ecotricity has launched the fourth series of its corporate mini-bonds, ecobonds, enabling its customers and the wider public to invest directly in the company’s work.

Ecobond four will offer a five-year initial maturity term and is open to UK-based individuals, companies, trusts, charities and other legal entities who offer a minimum £500 investment. The bond will give investors an annual return of 5% for Ecotricity customers and 4.5% for everyone else.

Ecotricity founder Dale Vince, pictured, said the company, which supplies green energy to 190,000 customers, raised almost £38m with its first three ecobonds, and had built four new wind parks. He said the new ecobond would allow the company to continue the momentum. It has just received approval to build its first green gas mill.

The company also confirmed that it had agreed a deal to increase its stake in competitor Good Energy from 5.58% to 24.85%, bringing it closer to a potential takeover bid. 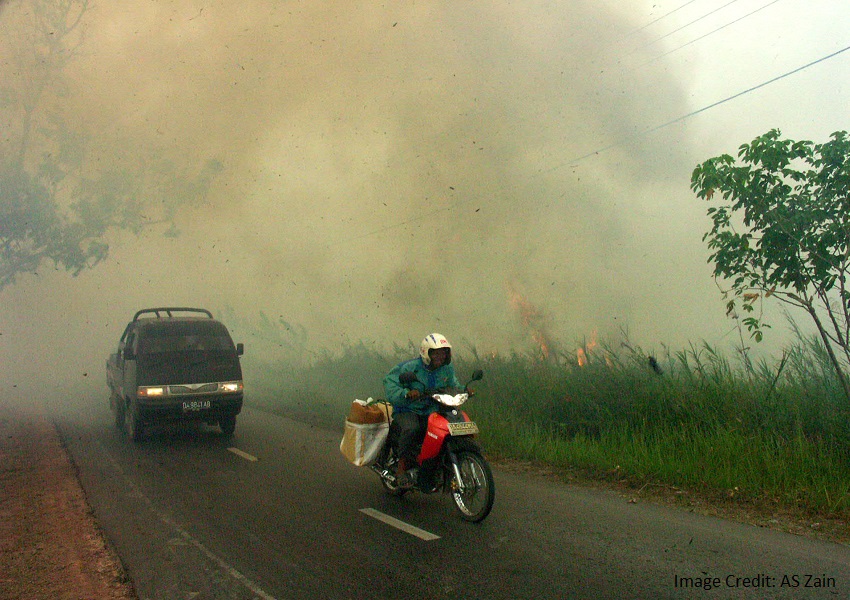 Sinar Mas, the parent company of Jakarta-based paper giant Asia Pulp and Paper, has launched a new app that uses smart mapping technology to enhance its capabilities to pre-empt and respond to forest fires.

The tool helps identify the location of all forest fire hotspots within the last 24 hours, verify if they are from within Sinar Mas properties, and evaluate an appropriate response. Prior to launching the app, relevant forest and peatland surface data had to be obtained from multiple sources, delaying response time. Among other markers, the app uses soil moisture data from the weather station as an indicator. 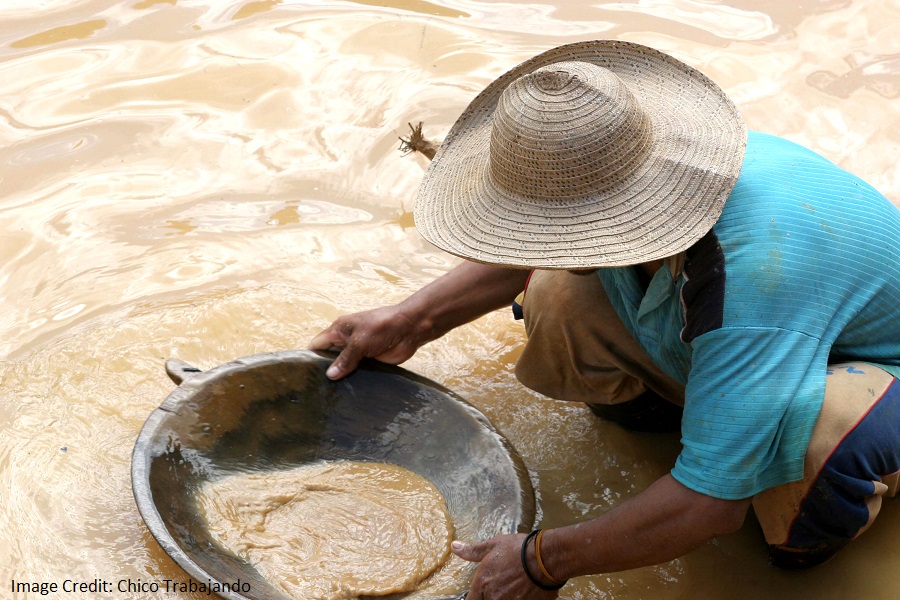 Artisanal and small-scale mining offers opportunities to improve lives in developing countries, but this sector has been largely ignored by policy-makers and donors, a recent UN conference on mining and the Sustainable Development Goals in Geneva heard.

Yanchun Zhang, from the United Nations Conference on Trade and Development’s Special Unit on Commodities, said mining plays a key role in the economic growth of several resource-rich developing countries, but this growth has often failed to benefit the countries' populations. 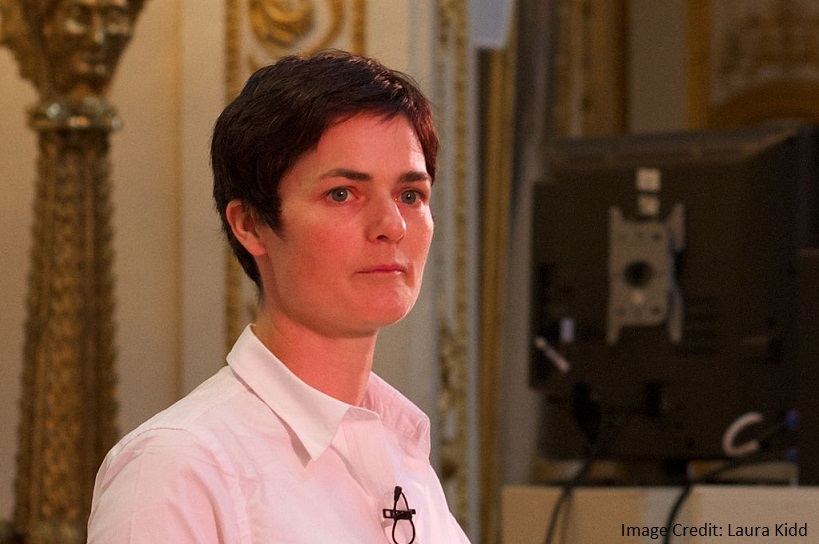 The International Baccalaureate will work in collaboration with the Ellen MacArthur Foundation to embed systems thinking and a circular economy perspective into the IB curriculum.

The IB will provide teachers and students with classroom resources that link circular economy and systems thinking to students’ curriculum learning. Dame Ellen MacArthur (pictured), founder of the Ellen MacArthur Foundation, said: “The link with education is clear. We need an entire generation of young people and adults alike thinking differently, thinking in circular ways.” 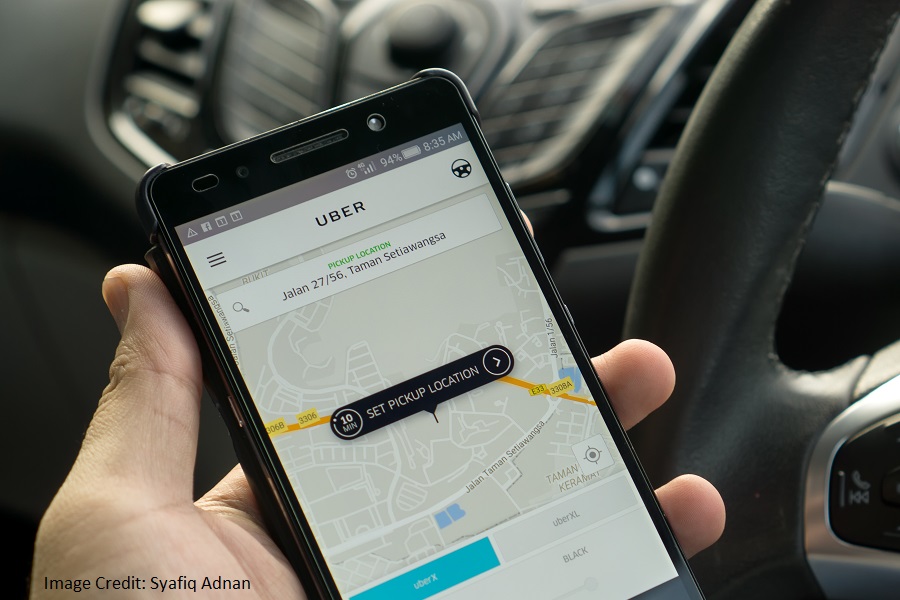 In a landmark case, a London employment tribunal has given Uber drivers the right to be classified as workers rather than self-employed. The ruling means Uber drivers will be entitled to a number of worker rights, including the national minimum wage and paid leave.

The case is the first in the country to test the key premise of the “gig economy” that people who work on demand using digital apps are not employed. Key considerations listed in the ruling include Uber’s “sole and absolute discretion” over bookings and fares, and that the company interviews and recruits drivers.

Uber, which has about 40,000 drivers across the UK plans to appeal. 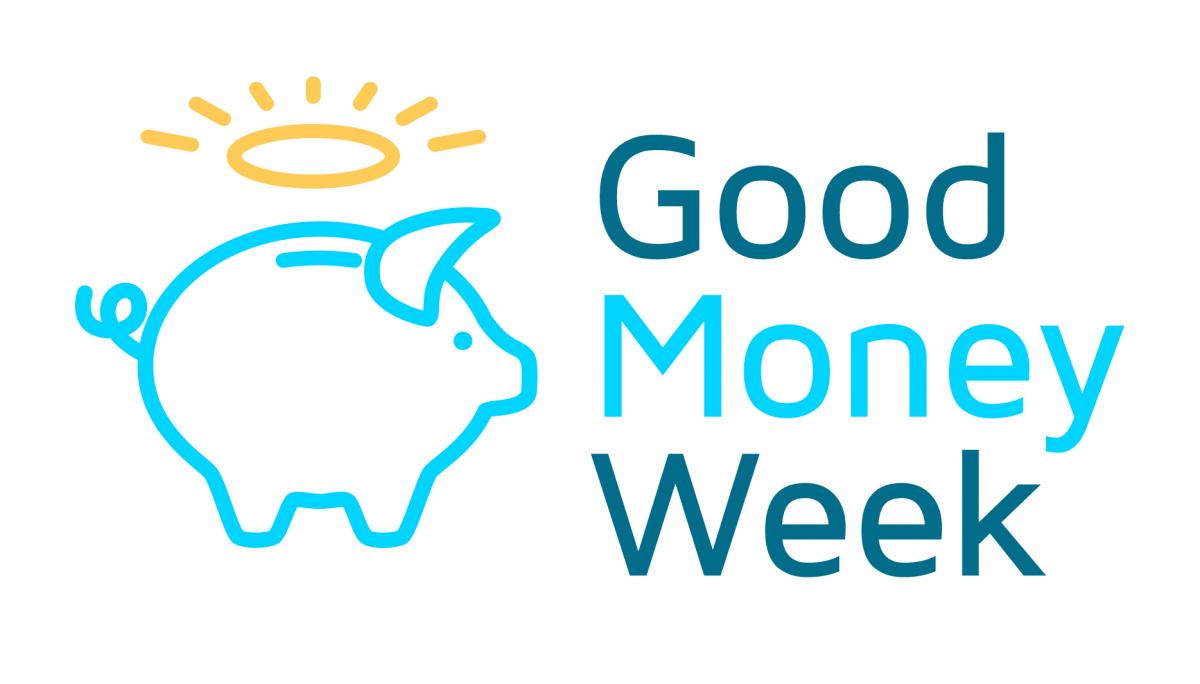 Few than half the British public are aware of the existence of sustainable and ethical products, according  to research carried out by YouGov for Good Money Week.

The initiative, sponsored by Aviva, Standard Life Investments and ethical lender Triodos Bank, found that 43% of 2,171 adults surveyed would be more likely to buy an ethical product if made aware of the option. This rose to 53% among 18- to 24-year-olds. They survey also found that  63% backed the idea of a kitemarked label to help customers identify ethical financial products.

Steve Waygood, chief responsible investment officer at Aviva Investors, said: “It’s clear that the UK public are interested in sustainability and as an industry,
we need to do more to help people understand where their savings are being invested." 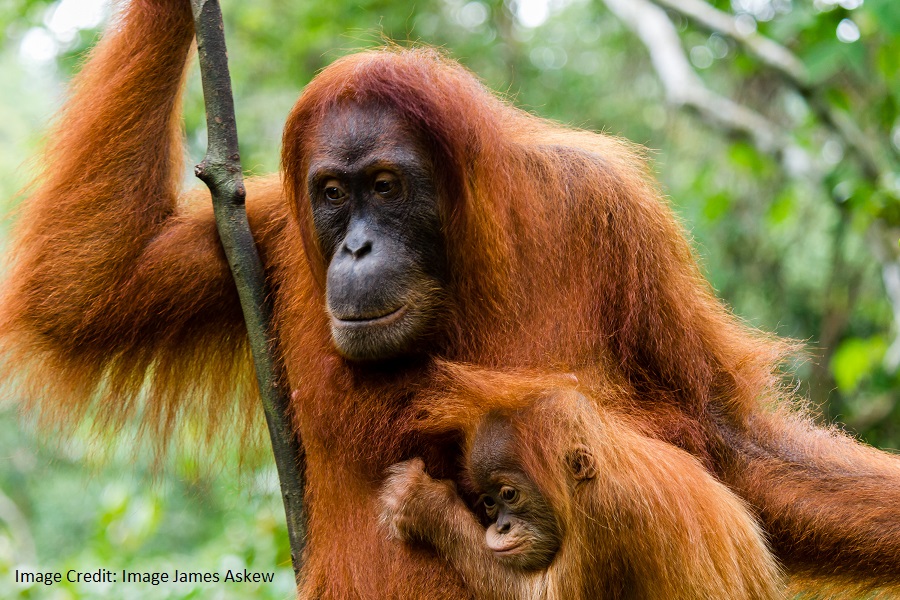 The Body Shop has extended its Bio-Bridges programme to engage customers in the battle to save biodiversity. The programme, which aims to regenerate 75 million square metres of forest by 2020 in locations that are home to some of the world’s most endangered animals, is being extended from its original location in Vietnam’s Khe Nuoc Trong forestto two locations in Malaysia and Indonesia.

For every product sold, the company will help protect one square metre of forest through a carbon offsetting scheme. In Vietnam this involved protecting the habitat of its “poster primate”, the red-shanked douc, in partnership with the World Land Trust conservation agency.

In Indonesia, The Body Shop will work with Orangutan Land Trust to help protect rare species of orangutan in the Batang Toru forest, while in Malaysia it is working with Wildlife Conservation Society Malaysia to protect Malayan tigers from poaching. Read our report on the bio-bridges programme here.

ESG Watch: ‘Writing is on the wall’ for U.S. firms ...
Policy Watch: Why more energy storage is key to turning...
What will SEC’s climate disclosure rules mean for U.S...
Brand Watch: ’Tis the season to use recycled plastics...
comments powered by Disqus