Sky News has seen an internal document that it says exposes the extent of Coca-Cola’s opposition to the proposed deposit return scheme (DRS) for plastic bottles in Scotland.

The document, written in March 2016, contains a risk matrix that targets EU deposit schemes as a subject of a “fightback” for the company. DRS schemes, along with “increased collection and recycling targets” and “disruptive unfair EPR [extended producer responsibility] schemes”, are grouped on the matrix under the label “fight back” as policies that as likely to materialise and have a large impact on the business. 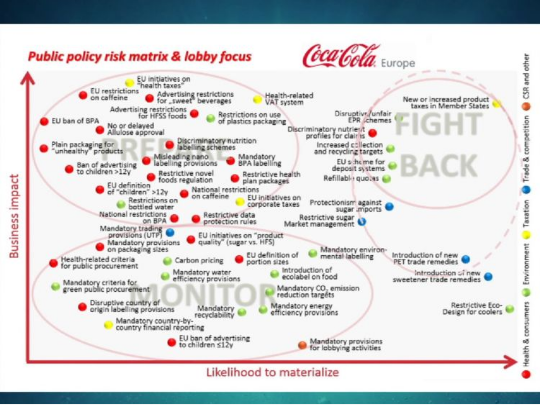 Environmental campaigners said Coca Cola’s strong language in private sits uneasily with a more measured tone in public. Willie Mackenzie of Greenpeace told Sky News: "While customers would see the headlines 'Coca-Cola says good things, Coca-Cola's trying to do new things, Coca-Cola's trying to make it better', behind the scenes they are trying to defend the status quo and do as little change as possible.'

A spokesperson for Coca-Cola told Sky News: "Whilst we support and participate in deposit schemes in some countries, in some cases we have believed a different approach could be more effective and more sustainable than DRS - and in the UK we have raised some concerns about the impact of a DRS scheme on household recycling rates. However, we are open to engaging in constructive dialogue and working with others to create effective, long-term solutions." 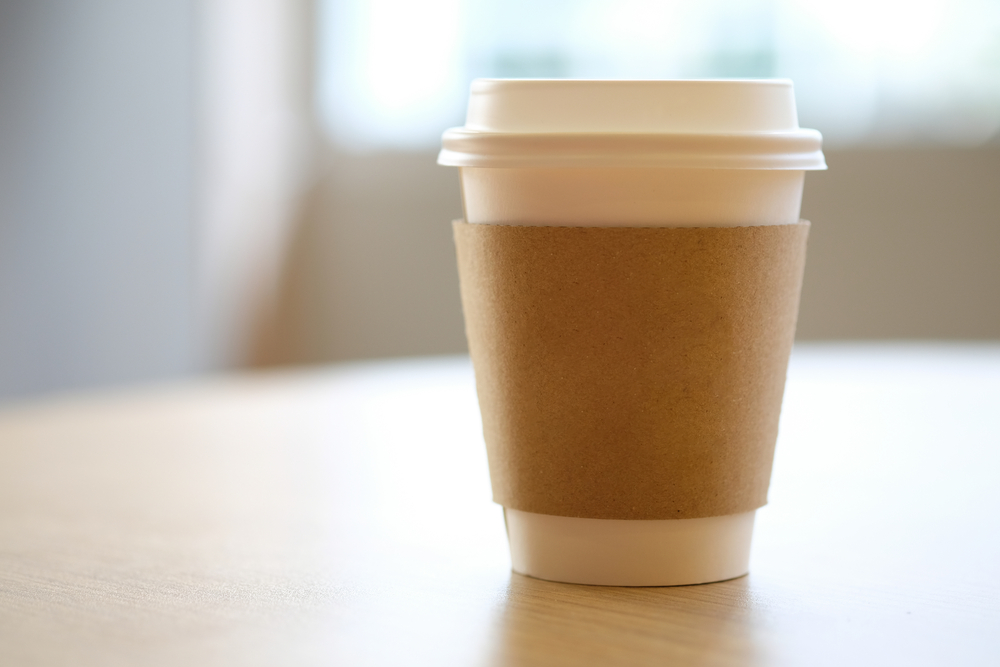 The City of London has launched an initiative urging businesses to recycle half a million cups a month in a bid to cut down on coffee cup waste.

The scheme, led by environmental charity Hubbub, has been launched in conjunction with Network Rail, coffee chains and employers. From April they will introduce dedicated coffee cup recycling facilities in offices, shops and streets across the Square Mile. Up to 7 million coffee cups are thrown away every day in the UK, with less than 1% of these cups recyclable.

The single-use cups used by high street coffee giants are nearly impossible to recycle by conventional methods due to the material used to make the cups waterproof. However, the recycling methods used for the Square Mile challenge will process the cups to create either a plastic or recovered fibre material, which will be made into new products.

Wendy Mead, chairman of the City of London Corporation’s environment committee, said: “We are very excited that the City of London will be the first area in the UK to undertake such a significant commitment to tackling the problem of coffee cup waste. ” 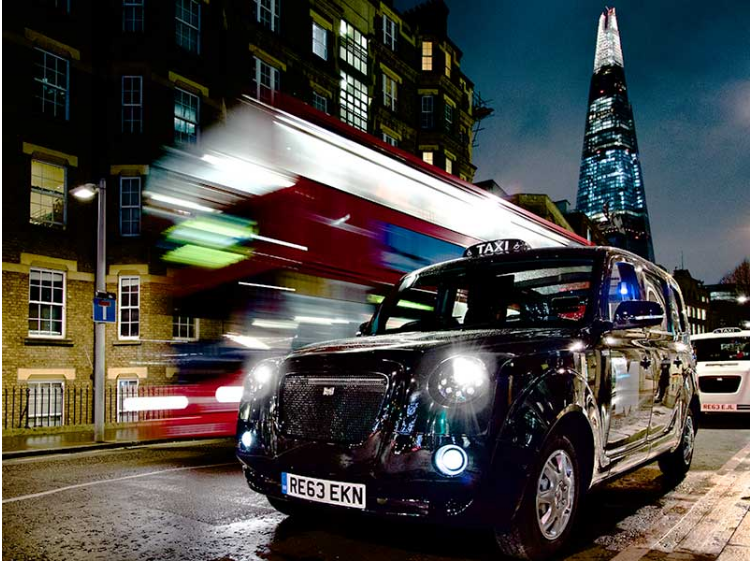 London Taxi Company will begin production of battery-driven black cabs this spring, which will go on sale by the end of the year, in time for strict new low-emissions rules in London from 1 January 2018.

The new plug-in hybrid electric cab — capable of running at least 70 miles on a single electric charge but containing a back-up petrol engine — is aimed at replacing the 22,500-strong fleet of diesel cabs on the capital’s roads. Diesel drivers in central London will soon have to pay more to park on the city's streets, after Westminster Council revealed plans to impose parking surcharges as part of its latest efforts to cut air pollution.

The London Taxi Company is owned by Geely, a large China-based automaker that also owns Sweden’s Volvo. The factory, the first in the UK that will build exclusively electric vehicles, will open its doors in March, part of a $400 million project to produce electric vans for the UK and European market.

Although the list price of the cabs is likely to be more than £40,000, the total cost of ownership, with lower maintenance and electric charging, will mean the cost should be similar to current models, the company said. 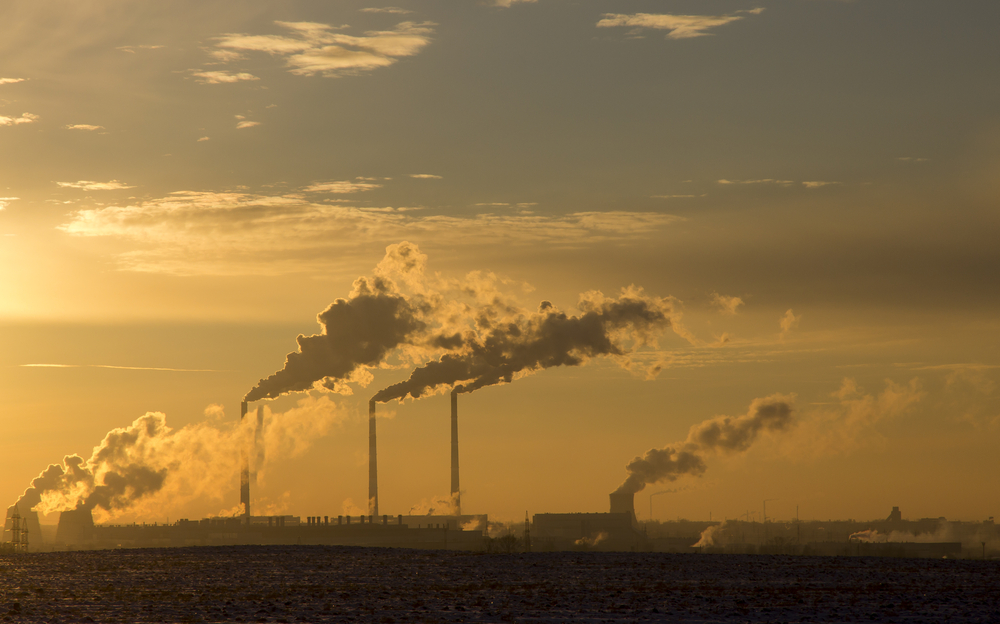 Ireland’s parliament has become the first in the world to approve a bill banning the investment in fossil fuels using public money. The divestment from the industry will be in place from 2022.

The vote favouring the Fossil Fuel Divestment Bill 2016 took place on 26 January. It will ensure that state assets are not invested in fossil fuels, banning any future investment after a five-year transition period.

Thomas Pringle, the independent parliamentarian who introduced the bill, said: “This principle of ethical financing is a symbol to these global corporations that their continual manipulation of climate science, denial of the existence of climate change and their controversial lobbying practices of politicians around the world is no longer tolerated.”

Ireland lags other countries in Europe in tackling climate change. The NGO Carbon Market Watch revealed this week that it is one of two countries in the EU that has not reached the 2020 targets for emissions reductions, and has exploited a new EU emissions agreement to such an extent that it is expected to only reduce emissions by 1% by 2030. This is in stark contrast to most EU member states’ commitment of a 30% reduction. 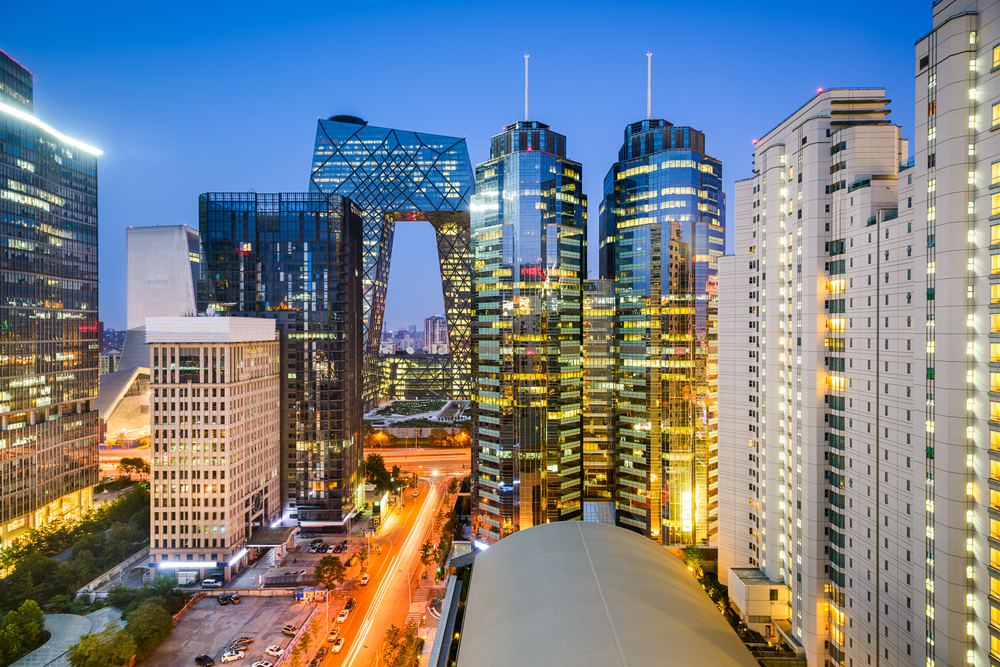 Green bond issuance grew 92% in 2016 to $81bn, equal to $9.2m raised every hour, according to new figures from the Climate Bonds Initiative. Twenty-four countries issued green bonds, but China accounted for 27% for all bonds, with green debt raised by Chinese entities shooting from $1bn in 2015 to $23bn in 2016.

Poland became the first issuer of a sovereign green bond in December, followed by France this month, while there are plans for green sovereign bonds from Morocco and Nigeria.

“Green bonds have been a shining light, in what was otherwise a year of pretty bad news for climate,” the report said.The Climate Bonds Initiative predicts that sovereigns, sub-sovereigns and companies with lower credit ratings will spur further growth this year. “Policy developments will push green finance even further as the G20 nations prioritise climate action … this will also encourage greater harmonisation of green bond guidelines across markets”.

Meanwhile, the Canadian province of Ontario last week successfully priced a C$800m reopening of its January 2023 Global Green Bond, the largest-ever green bond offering. The proceeds will be used for 12 projects, focused on clean transport, energy efficiency and conservation. 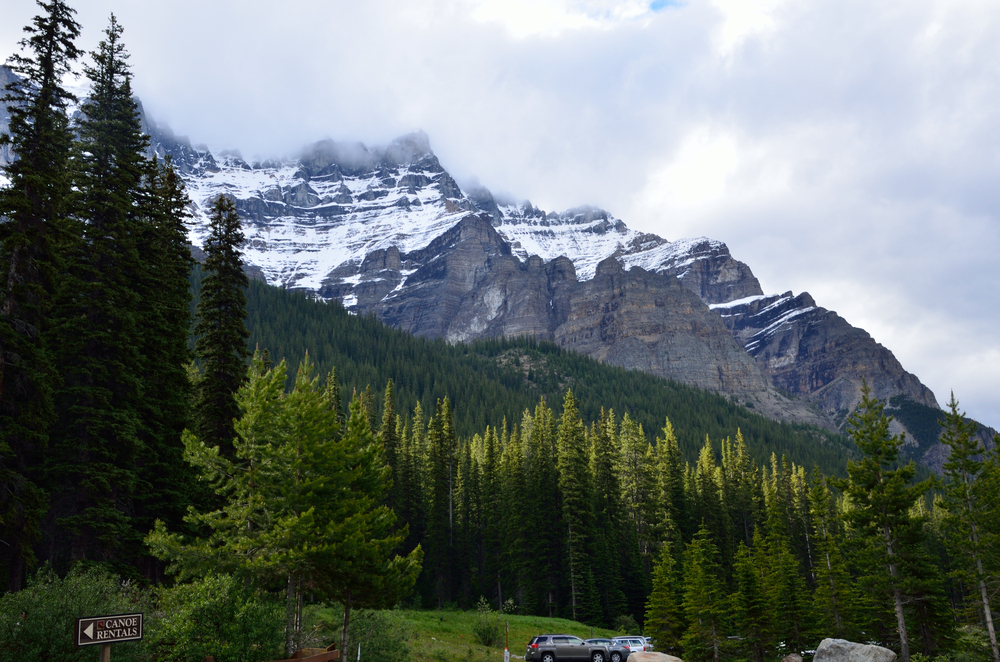 The global elite are quietly abandoning sun-soaked destinations such as the British Virgin Islands to relocate in snow-bound Canada in their search for safe tax havens, according to an investigation by the Toronto Star/CBC-Radio Canada.

In a practice dubbed “snow-washing”, the international tax avoidance industry is increasingly touting Canada as a jurisdiction for hiding wealth, according to documents obtained by the International Consortium of Investigative Journalists, which said Mossack Fonseca, the law firm behind the massive Panama Papers, actively marketed Canada as a tax haven and established shell companies there to evade taxes.

The newspaper said the Canadian government had tax agreements with 115 countries, the greatest number in the world. Of greatest interest to foreign investors are Canadian limited partnerships, which have no tax filing requirements for non-residents.

“Canada is a horrible tax haven. Everybody is now switched over from using BVI companies and Cayman companies to Canadian LPs. It’s like the ultimate tax haven entity in the world,” Mark Morris, an independent tax consultant based in Zurich, told the Toronto Star. “Everyone loves Canadian LPs because they’re not viewed as (being from) a tax haven,” Morris said.

US must stick to low-carbon agenda, say investor groups 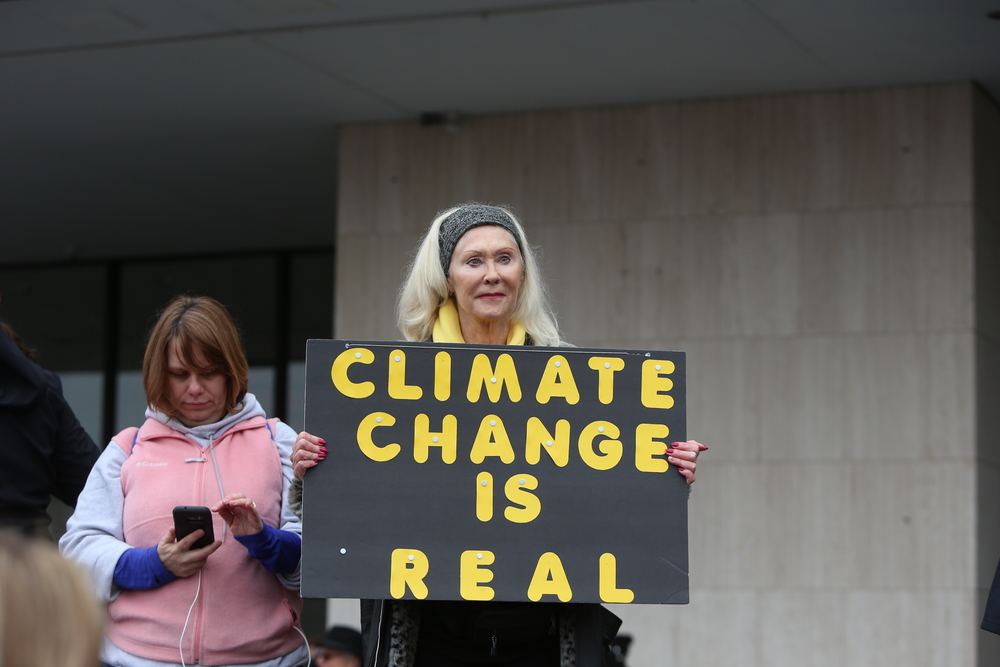 Investor groups this week urged President Donald Trump not to scupper progress towards a low-carbon economy after advisor Myron Ebell told a climate-sceptic audience in London that the US planned to withdraw from the Paris Climate Agreement and ramp up oil and gas production.

Ebell, who led Trump’s transition team for the Environmental Protection Agency, was speaking at an event hosted by the climate-sceptic Global Warming Policy Foundation. While Ebell stressed he was no longer a member of the US administration, he had produced an action plan for the EPA reflecting pledges made by Trump during his election campaign.

“Trump has made it clear he will withdraw from the Paris Agreement. He could do it by executive order tomorrow,” Ebell told reporters after the meeting.

Mindy Lubber, president of sustainability advocacy group Ceres, told Responsible Investor magazine that it was vital that the US stay in the climate agreement, arguing that “it is good for the financial bottom line.” She also said it was vital that the US grow its renewable energy industry to be competitive with China, which has around a $360bn commitment to renewable energy in its current energy plan.

Russia, Slovakia, India and Pakistan at “high risk” of slavery 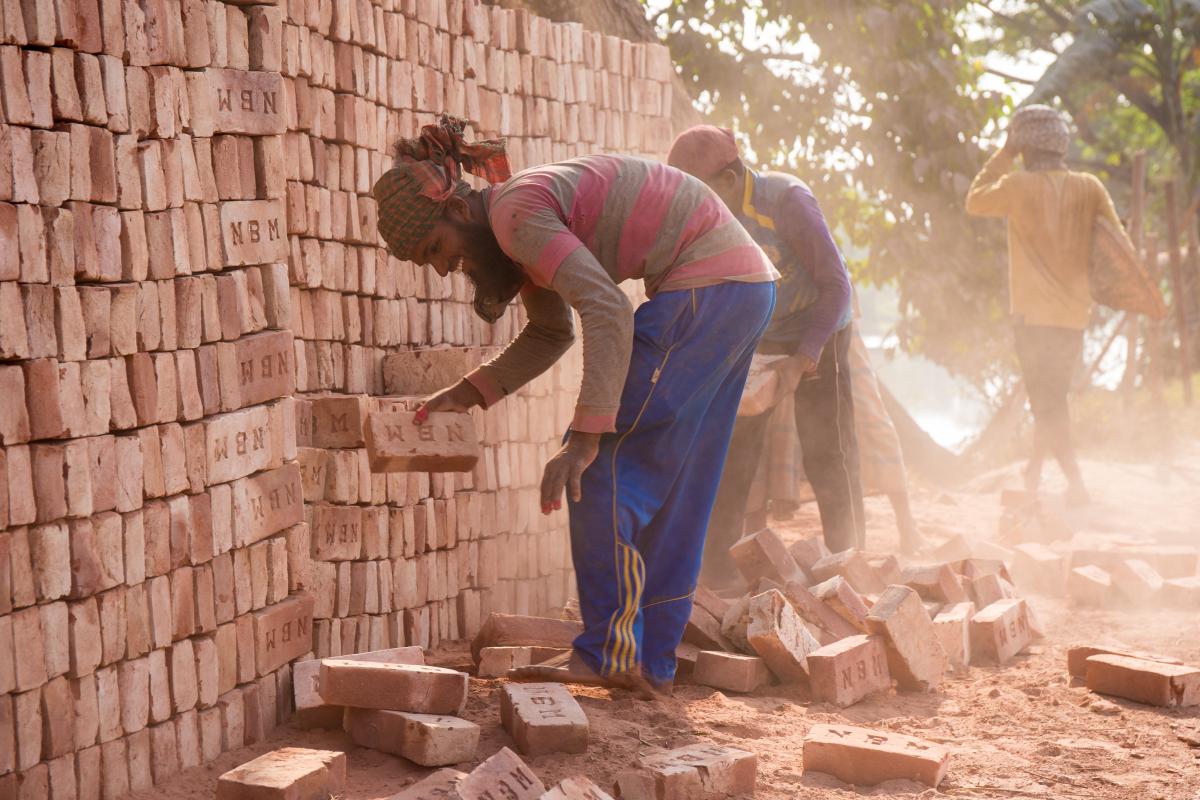 UK companies face an increased risk of modern-day slaves in their supply chains, with workers from Russia, Slovakia, India and Pakistan at “severe risk” of being exploited upon arrival in destination countries, according to a new index by the British Standards Institution.

The BSI’s Trafficking & Supply Chain Slavery Patterns Index, published this week, includes Italy, Greece and Turkey among 100 “high risk” countries, partly due to the conflict in Syria. A BSI spokesman said the index is a new way for businesses and organizations to assess and avoid the risks posed by slavery and trafficking and is unique in cross-referencing 191 source countries of displaced people and their likelihood of being exploited in 193 destination countries. Six source countries were ranked as at severe risk, and more than 100 countries are deemed high risk.

“For companies with large or extended supply chains that may number thousands of individual suppliers knowing the relative risk of slavery in a country may allow the company to target limited resources more effectively in detecting and preventing slavery,” BSI said.

Kevin Hyland, OBE, The UK Independent Anti-Slavery Commissioner, says labour exploitation is rife in the UK, particularly in the construction, agriculture, hospitality and seafood industries. "Along with statutory agencies, government departments and NGOs, it is incumbent on companies to drive out any forms of exploitation.”