US briefing: ‘In the void left by coal, new economic opportunities can grow’

When he announced that he would scrap Obama’s Clean Power Plan, President Trump triumphantly predicted the revitalisation of the coal industry. "Perhaps no single regulation threatens our miners, energy workers and companies more than this crushing attack on American industry," he said of the plan, which set the first-ever national standards limiting carbon emissions from power plants. "We are bringing back our jobs, bringing back our dreams and making Americans wealthy again.”

But despite Trump’s promises, the past is not likely to repeat itself. Environmental regulation has indeed hurt the coal industry, but its nemesis has been the surge in natural gas production: since 2003, gas has supplanted coal as the major energy source, from half to nearly two thirds of the total. In addition, the cost to install solar has decreased some 60% in the past 10 years, while the price of installing wind turbines went down 27% from 2010 to 2015.

And although a few metallurgical coal mines, used to make steel, are slated to open, they will only create a few hundred more jobs. As Michael Bloomberg, founder of Bloomberg Philanthropies, pointed out in an editorial in the Washington Post this spring,coal industry employment has fallen from 220,000 in 1980 to 65,000 today while 500,000 people now work in the solar and wind industries.

“Politicians who ignore these market realities and make promises to coal communities they can’t keep are engaged in something worse than a con,” he wrote. “They are telling those communities, in effect: The best hope they have, and that their children have, is to be trapped in a dying industry that will poison them.”

Mary Anne Hitt, director of the Sierra Club’s Beyond Coal Campaign, said that political leaders in many downtrodden coal mining communities in Appalachia fanned the anger and resentment about the changing economy by telling constituents that Obama was to blame for their troubles and that Trump would bring back their coal jobs. 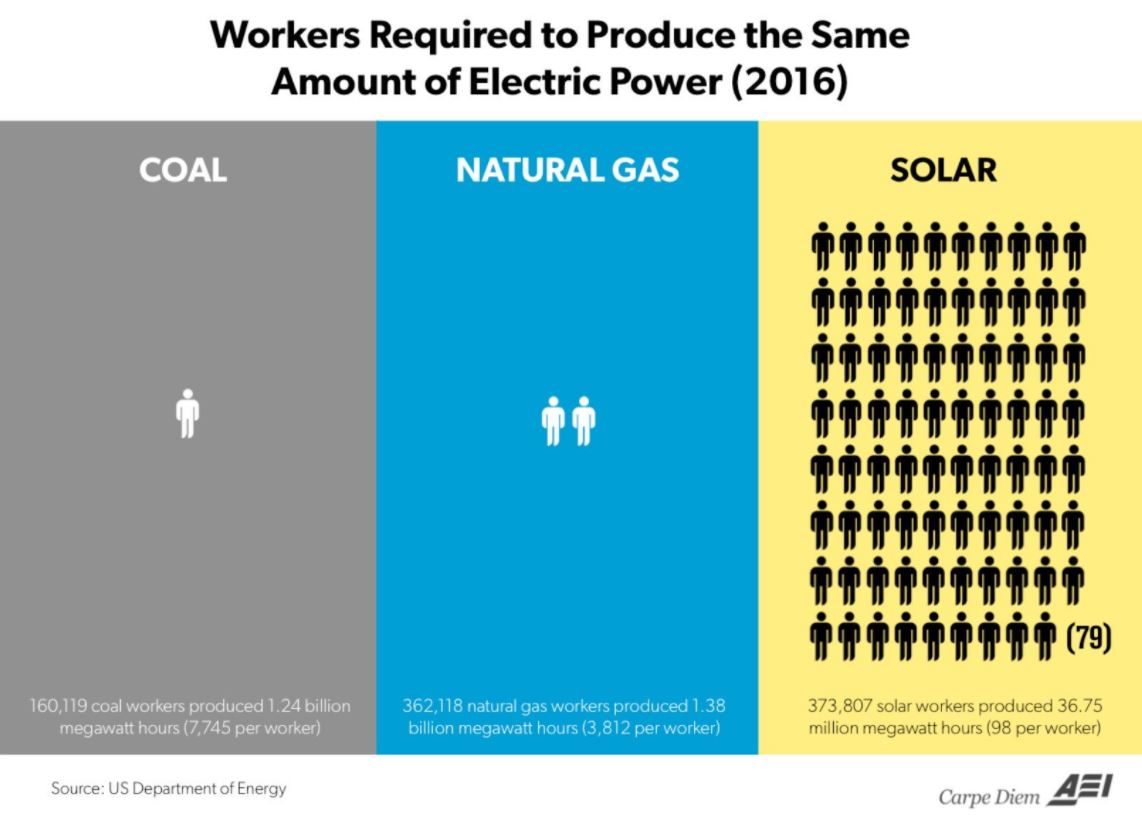 The Beyond Coal Campaign aims to retire one-third of the nation’s more than 500 old and outdated coal-fired power plants by 2020. Hitt believes people in coal-country are “painfully aware of all the downsides of the industry. They understand that things have changed and that they may never go back to the way they were before. And they’re ready to have that conversation,” she said. “In places where there is honest political leadership, there has been a better transition. In places where political leaders are putting their heads in the sand … it’s leaving people in a tougher spot.”

In the region, non-profits have partnered with businesses to retrain coal workers for new trades.  In West Virginia, for example, Coalfield Development Corporation set up a job training mentorship programme to develop solar industry workers, sustainable farmers, artisans, real estate development and more. So far, it has issued more than 300 professional certifications and has 40 current trainees, said its founder, Brandon Dennison.

Dennison said that before Trump’s election, communities were eagerly seeking out “economic diversification”.  Now, however, some are in a “stand by and see what happens” mode, he said.

“This is a scary time of transition. People are really hurting. But in the void left by coal, new and better economic opportunities can grow,” said Dennison, who was born and raised in Appalachia. “This is our chance to finally diversify our economy …. There is a realisation that, economically, it's not a wise strategy to have all our eggs in one basket. That's true whether coal bounces back or not.” 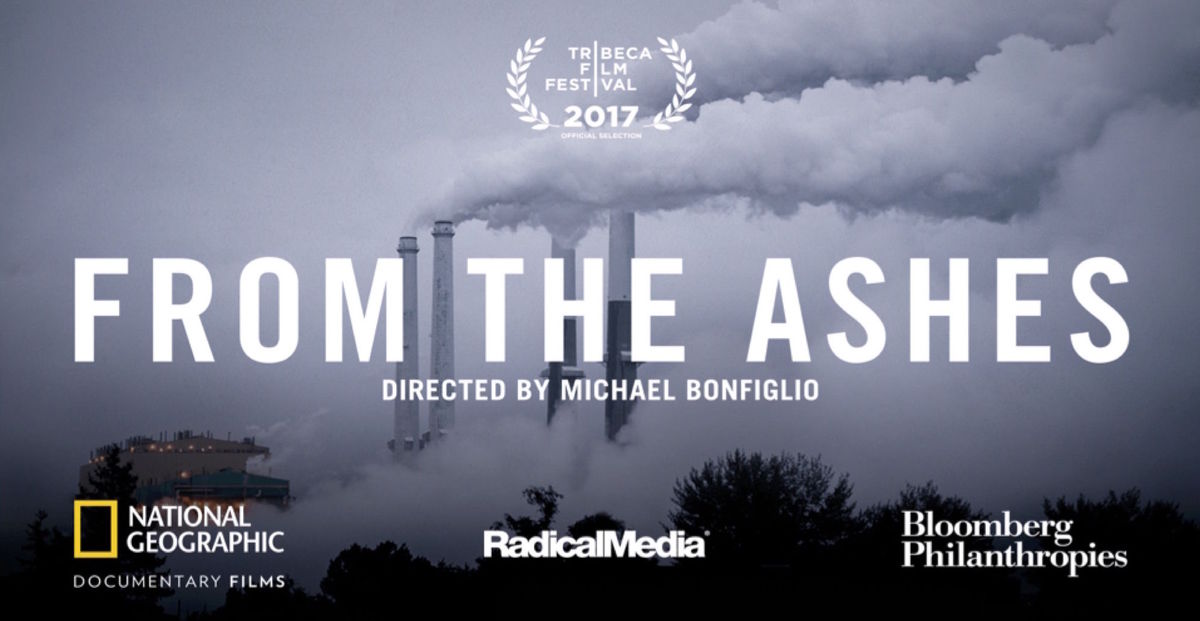 Credit: From the Ashes

In the late spring, Coalfield Development Corporation was one of three groups sharing a $3m initiative by Bloomberg Philanthropies to support economic-recovery programmes in communities hit hardest by the decline of the coal industry. The Charlottesville, Virginia based Just Transition Fund and the Montana-based Western Organization Resource Councils will also receive the direct grants. In addition, the three organisations will share proceeds from a national fundraising campaign coinciding with the release of “From the Ashes” a documentary produced by Bloomberg Philanthropies, which airs on the National Geographic channel on 25 June.

There’s even a coal company getting into the renewable energy business: In April, Berkeley Energy Group, in conjunction with EDF Renewable Energy, announced that it would be building a large-scale solar farm on a reclaimed mountaintop-removal coal mine in Appalachia. It will not shut down its mine, however.

Appalachia has absorbed 87% of the country’s coal-related job loss, according to the Just Transition Fund. “Everyone has benefitted and prospered from the sacrifices that Appalachia has made,” said Hitt, who is raising an eleventh-generation Appalachian. “When you turn on your lights, there was a coal miner behind your light switch. “We owe a tremendous debt to these places. If we have the right leadership in place … we can help them.”

This is part of a package of articles on sustainability in the US under Trump. See also:

Private sector in the co-pilot’s seat

‘We are sliding from climate crisis to climate disast...
'We have the solutions to give everyone access to ...
ESG Watch: Biden's ‘made-in-America’ climate l...
Will the energy transition be a casualty of Putin'...
comments powered by Disqus