UK cities ramp up action on resilience, with doubling of number on CDP climate A-list

With 85% of its population living in cities that have declared a climate emergency, Britain is leading the way in grassroots action. Mike Scott reports

Some 55% of the world’s people live in cities today, and they are responsible for 70% of global emissions. By 2050, two-thirds of the population will be urban-dwellers.

“This makes them hugely important in the fight against climate change,” says Kyra Appleby, global director for cities, states and regions at CDP.

At the same time, 85% of cities that responded to CDP’s climate questionnaire said that they are already being affected by climate-change hazards. The biggest issue for UK cities is flash and surface flooding, which affects cities that house a quarter of the UK population, with river flooding and heatwaves also cited by many.

In the UK, 250 local authorities have declared a climate emergency on the back of increased concern from citizens and businesses

It is no surprise, therefore, that they are starting to take the issue much more seriously. While in the 2019 survey some 43 cities – 7% of respondents – achieved the highest A-ranking for their efforts to respond to climate change, this year that proportion has doubled to 14%.

“There’s a big increase in the number of cities recognising that this is important and introducing ambitious plans to tackle it,” Appleby says. “In the UK, 250 local authorities have declared a climate emergency on the back of increased concern from citizens and businesses.” 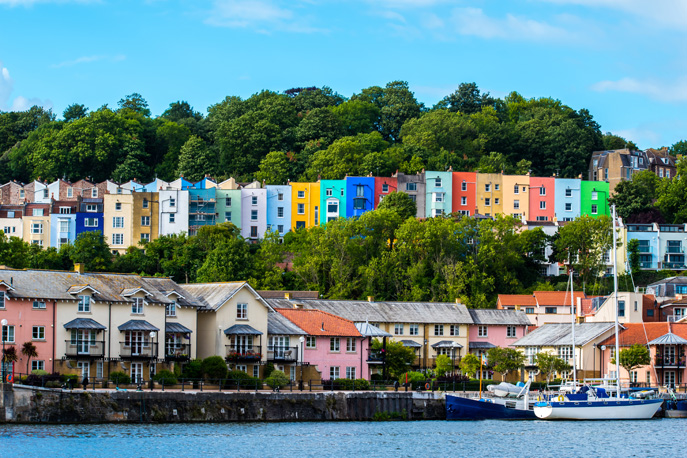 The key issues cities are tackling are buildings, energy use, transport and waste, she adds, and the best-prepared cities have set targets to cut emissions through the use of renewable energy, clean transport and energy efficiency.

Buildings are responsible for 40% of emissions and so they are one of the biggest targets to go after, says Jonathan Maxwell, CEO of SDCL, an investment firm focused on energy efficiency. “The way energy gets to these buildings is incredibly inefficient. About 62% is wasted before it gets to the buildings and another 20-30% is wasted inside the buildings. It’s a fantastic opportunity to reduce waste and produce better solutions.

“There’s a lot we can do with technologies that are available today and they will improve further over the next 10-15 years. There’s a significant business opportunity to help companies save money and cut their emissions.”

Maxwell highlights technologies such as natural gas co-generation and HVAC (heating, ventilation and cooling) along with some more specific opportunities. “Only 25% of lights in the NHS are efficient, for example,” he points out.

Cities in the UK have more power to act than in the past, says Cara Jenkinson, cities manager at sustainable energy charity Ashden, which runs an awards scheme focused on decarbonising the energy system. “As a result of devolution, they have more powers to take holistic action on climate change.”

Not all mayors are interested in tackling climate change, she adds, but they may be interested in dealing with issues such as poor housing or fuel poverty, so Ashden has produced a “co-benefits toolkit” that demonstrates how action on climate change can deliver other local benefits, including improved health, increased equity and social cohesion, economic opportunities and increased resilience.

Jenkinson highlights the efforts of Oxford and Bristol, which are focused on retrofitting properties to make them more energy-efficient, while CDP’s Appleby cites Leicester’s work with the Environment Agency to reduce the risks of river flooding and with the local De Montfort University to create a digital social platform to show residents how they can make their homes more resilient.

One of the regions that is most advanced in its planning is Greater Manchester, which has announced plans to be carbon-neutral by 2038, 12 years ahead of the government’s 2050 target. The region’s strategy is informed by two principles, says Jonny Sadler, programme director at the Manchester Climate Change Agency: it will be guided by the science, as outlined by the Tyndall Centre for Climate Change Research, which is in part based at the University of Manchester, and “it has to be a collective, city-wide effort”.

Manchester’s response differs from that of most cities because the agency is independent from the local authorities: it was spun out as an independent not-for-profit in 2015 and involves local businesses and organisations as well as the city and regional authorities. “We help the city set the right targets in line with the science and then we help to put them through the local political process,” Sadler says. “In 2018, we were one of the first cities in the world to set a target in line with the Paris Agreement.”

We will see cities setting ambitious targets and working more closely with the business community. This has to be the decade of delivery

As a result, the city is on track to meet its target of cutting emissions by 41% since 2010 and it has new targets: to halve its emissions by 2025 and to be net-zero by 2038. It will do this “by only building zero-carbon buildings and decarbonising the energy supply, including a massive amount of renewables generation in the city and decarbonising the transport system,” Sadler says. “We also need to reduce the amount of stuff we buy and make sure the materials in that stuff is plugged into the circular economy so it gets reused.”

With flooding one of the biggest risks for the city, Manchester is also focusing on green and blue infrastructure and nature-based solutions that can help both with carbon sequestration and adaptation to climate change. These include incorporating features such as swale into housing developments, which can reduce the flow of water into the drainage network to control flooding.

“We will see more and more cities setting really ambitious targets over the next 10 years and working more closely with the business community,” Appleby says. “This has to be the decade of delivery.”

This article is part of our in-depth Climate-resilient cities briefing. See also:

Can we defuse the ‘ticking time bomb’ of soaring demand for cooling?

From urban farming to green homes: the US cities building in climate resilience