The carpet tile maker Interface set a deadline of eliminating its impact on the environment by 2020. Now the goal is in sight, the company wants to go even further than Mission Zero

Interface, the carpet tile maker, was a pioneer of the application of ideas of environmental sustainability and circular economy in business.

In 1994, in a vision crystallised under the banner Mission Zero, the company said it wanted to eliminate any impact it had on the environment by 2020.

Coming before the Kyoto Protocol and more than a decade before Al Gore’s An Inconvenient Truth and the world’s first carbon market, these ideas were met with extreme scepticism both within and outside the company.

“At the time it was very surprising, almost an unbelievable target to put out there,” said Rob Boogaard, Interface’s CEO for Europe, Middle East and Africa in an interview with Ethical Corporation. “To say we wanted to eliminate any impact we may have on the environment by 2020 raised a lot of questions. Twenty-two years ago, we didn’t know exactly how to do it but now we are really homing in on the Mission Zero targets,” he added.

The European business has cut water usage by 93% and its greenhouse gas emissions per square metre of carpet by 98%. The company’s energy requirement is 50% lower than in 1996 and the energy that it does use is either renewable electricity or biogas, while it also sends zero waste to landfill.

From being in a position of not knowing how it would meet its targets 22 years ago, “three years out from the 2020 deadline we can really see the goal in sight,” Boogaard said. “That generates the question of what’s next. Going to zero is not the best we can do. We are really keen to look over the horizon.”

The company has spent almost a year formulating the answer, taking internal and external soundings and even reconvening its original “Green Team” of sustainability thinkers, including Jonathon Porritt, former director of Friends of the Earth and chair of the Sustainable Development Commission in the UK and Amory and L Hunter Lovins, co-founders of the Rocky Mountain Institute.

While its “beyond Mission Zero” thinking is still at an early stage, Interface is clear about the biggest issue. “Climate change is the biggest challenge that we face," Boogaard said. “The problem is so huge that it can feel like a hopeless task, but if you don’t name your goal, how can you achieve it?”

He set out a vision of contributing to “a climate that is right for life”, not just environmentally but also in terms of social inclusivity, involving four core platforms – Live Zero, Love Carbon, Let Nature Cool and Lead the Industrial Re-Revolution.

Over the cliff of climate change

“Positive instead of doing less harm — I mean really it’s the continental divide, isn’t it?” said author and entrepreneur Paul Hawken, an original Green Team member. “If we just do less harm, we’ll still go over the cliff of climate change, only more slowly. We’ll still be Thelma and Louise.”

Live Zero, Boogaard said, is the company’s attempt to move beyond Mission Zero while still growing as a company. “It’s a never-ending pursuit. We are a growing company so if we’re going to keep our emissions at zero, we really need to lock into the idea of zero footprint.” 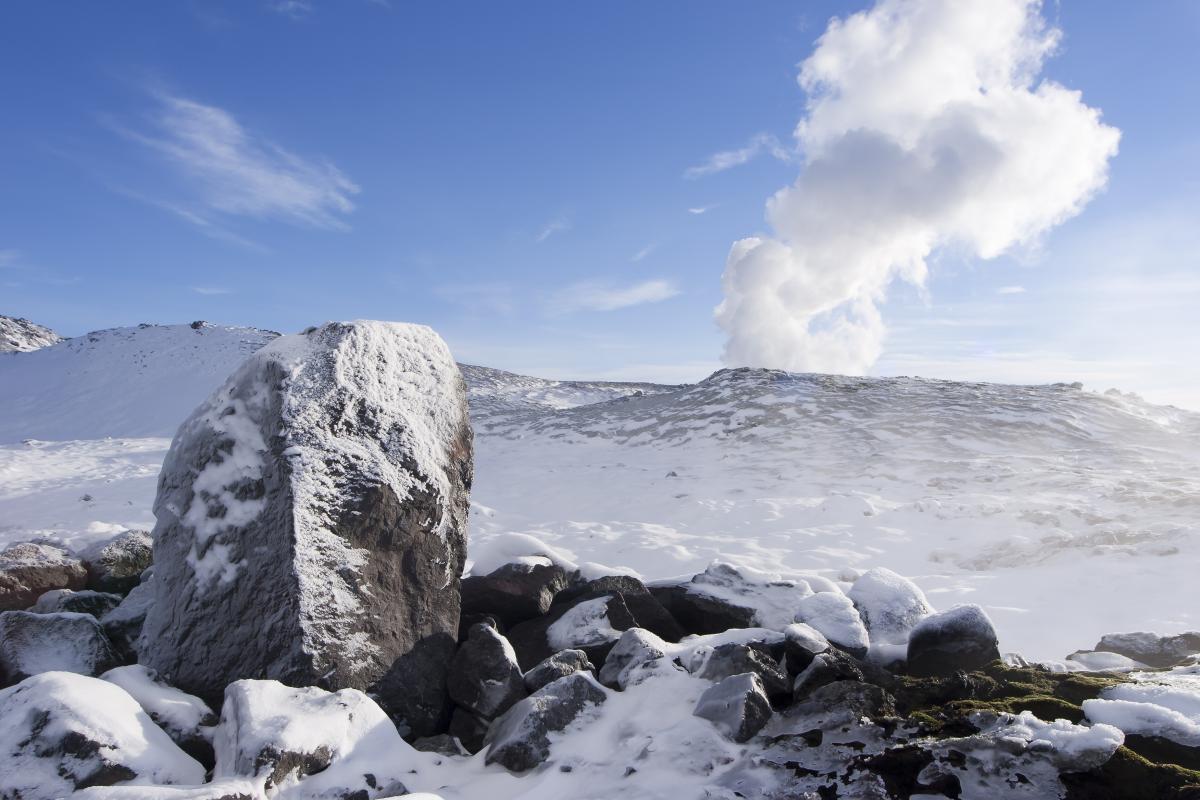 Iceland is turning carbon into rock

Love Carbon is an attempt to change the way we think about carbon. “Everything we hear about carbon is negative – we automatically think about it as an emission but it is a building block of life so we need to think of it as a resource. We have put carbon into the wrong place in the wrong form as greenhouse gases. To stop climate change, we need to draw down carbon from the atmosphere,” he added.

He cited the recent announcement from Iceland that it is possible to turn carbon emissions into rock as one way of doing this, adding: “One way we can help is to recycle our own products and we are also investigating ways to get our own products to sequester carbon.”

Let Nature Cool is a response to the way mankind has disrupted nature’s temperature regulators such as ice-caps and forests. Interface has a “Factories as Forests” initiative that it is being pioneered at a facility in New South Wales, Australia. The aim is for the factory to produce the same ecosystem services as the forest next to the factory.  Green Team member and co-founder of the consultancy Biomimicry 3.8, Janine Benyus, said: “We asked, ‘What are the most important ecological processes in that place? What are the keys to resilience?’ We prioritised the ecosystem services. We found out that, for instance, nutrient cycling was very, very important in that particular place. Ecological performance is our aspirational goal. Then there's the performance gap, and you try to fill that.” 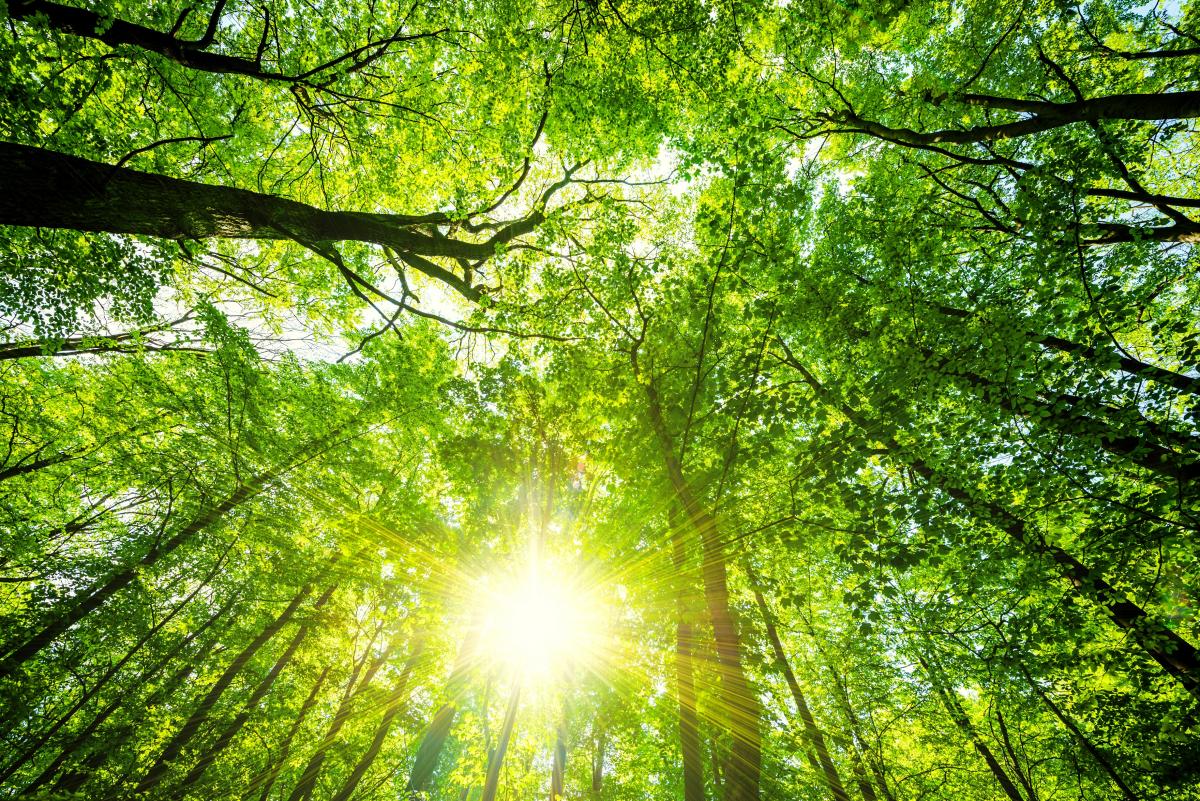 Interface is inspired by forest ecosystems

The Lead the Industrial Re-Revolution strand reflects Interface’s status as a company – a sustainability leader but only a medium-sized company. “We know we don’t have all the answers or expertise, but we do have a convening power. We want to use that to really create a movement that inspires human ingenuity – because that really is an unlimited resource,” Boogaard said.

“This is a very ambitious mission. We’re sticking our necks out even talking about it,” he added. “But how can a sustainable business exist in an unsustainable world? It just doesn’t work.”

Brand Watch: ’Tis the season to use recycled plastics...
‘Europe’s ‘right to repair’ regulation should b...
‘We can win the war on plastic waste if we marshal th...
Watch on demand: Rising to the circularity challenge in...
comments powered by Disqus